The Spanish crown was ambitious in its exploration of the New World, establishing the first permanent European settlement at St. Augustine in 1565, and equally as keen on protecting its investment from marauding pirates, subversive Native American neighbors, and the French and British Empires by establishing a trio of forts along New Florida’s northern Atlantic coastline. 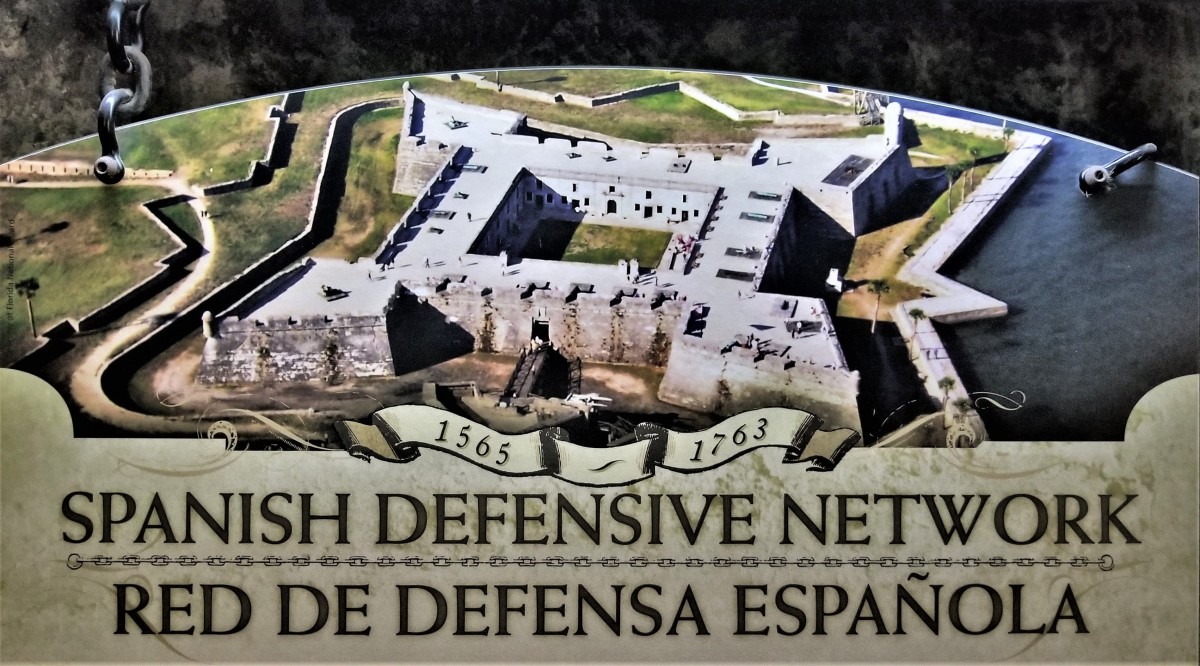 Aside Fort Mose to the north and Fort Matanzas to the south, Castillo de San Marcos was the first and largest of the three, standing 33 feet high, with 14 feet thick walls of coquina blocks–

–a bonded composite of crushed seashells quarried from nearby Anastasia Island–and able to withstand a cannon shot from an enemy vessel. 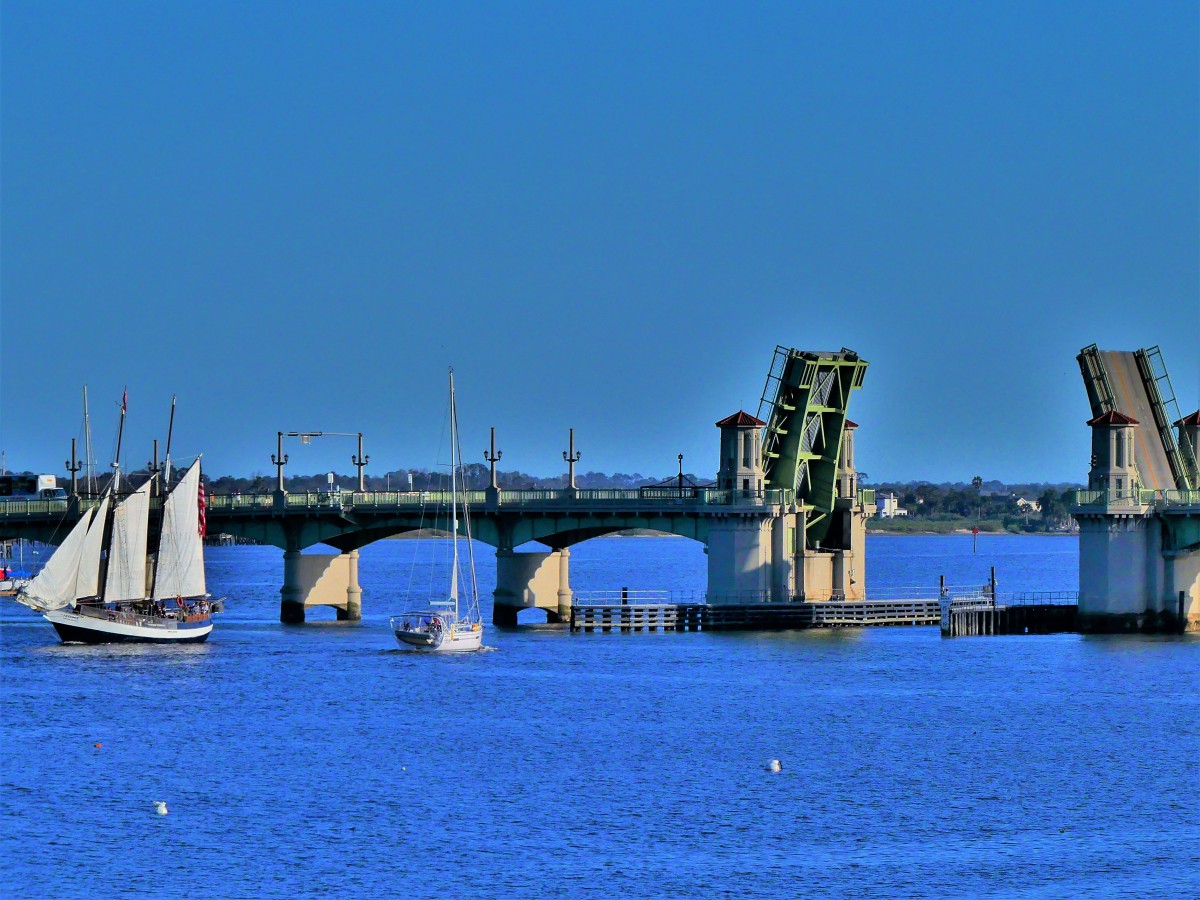 Completed 323 years ago, Castillo de San Marcos still stands as the oldest masonry and best preserved fortress in the continental United States, and a symbol of the colonial struggles that shaped the history of a nation. 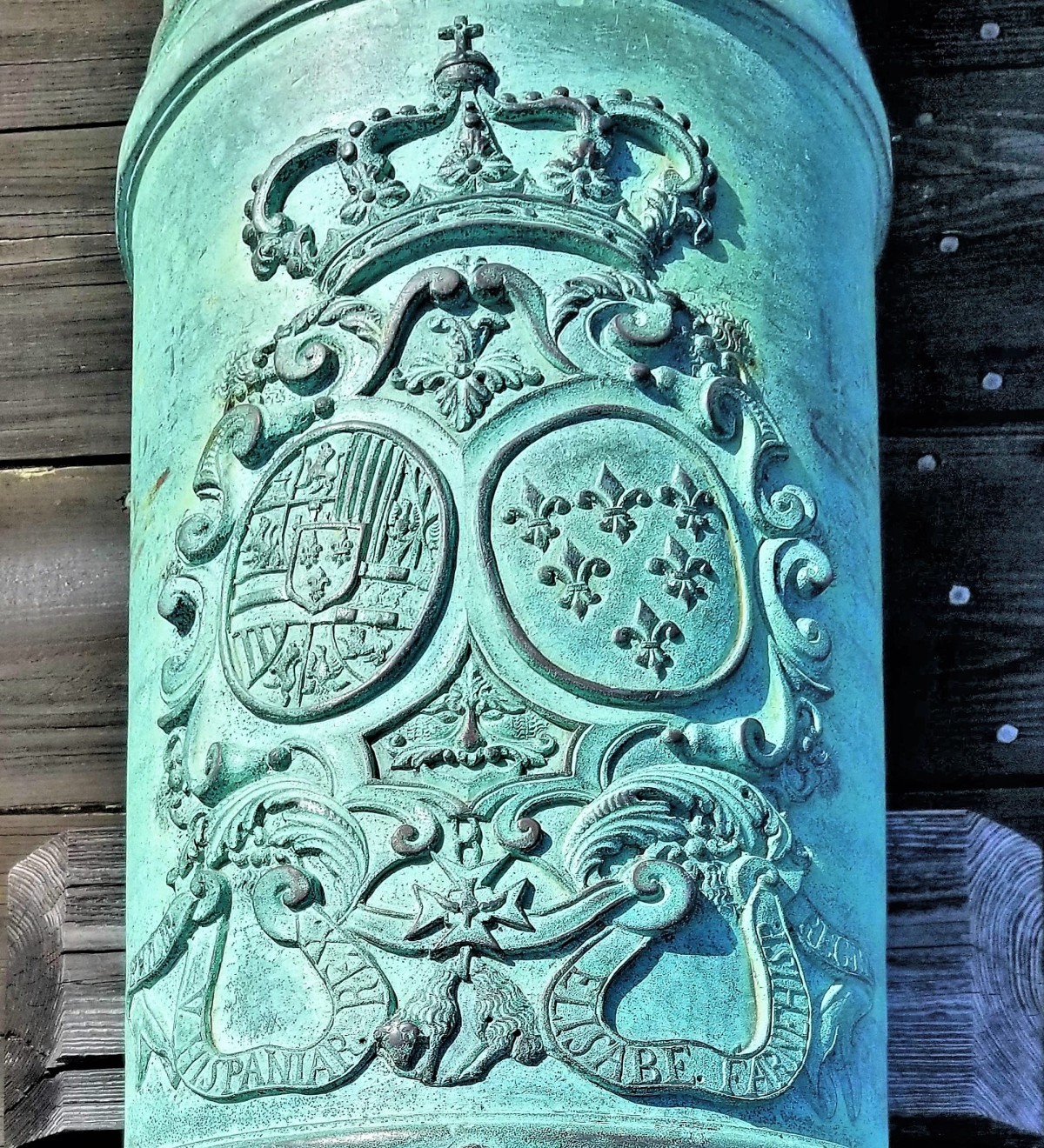 Protecting St. Augustine was an interwoven fabric of fort design,

The Castillo’s advanced architecture showcases the bastion system, named for the diamond-shaped spears jutting from the four corners of the fort walls–

each point armed with an array of cross-firing guns intended to sweep across a wide swath of defensible coverage. 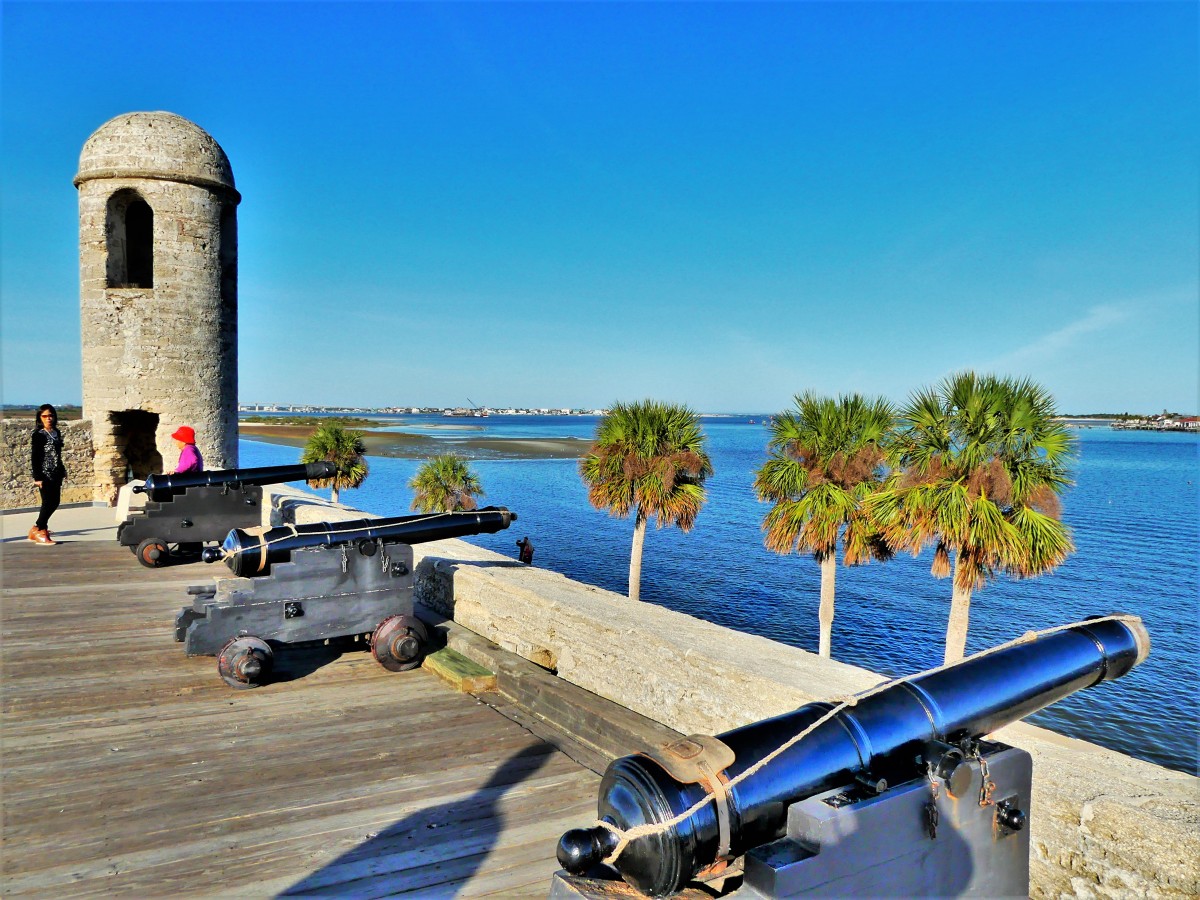 Additionally, the coquina stone offered fortunate benefits to fortress defenses if fired upon, as soldiers quickly realized that the porous properties of its shell walls could absorb the impact of cannon balls, rather than the walls shattering into shards if built with brick or granite.

A soldier’s life of active duty at the fortress usually consisted of drills, repair, and sentry watch, 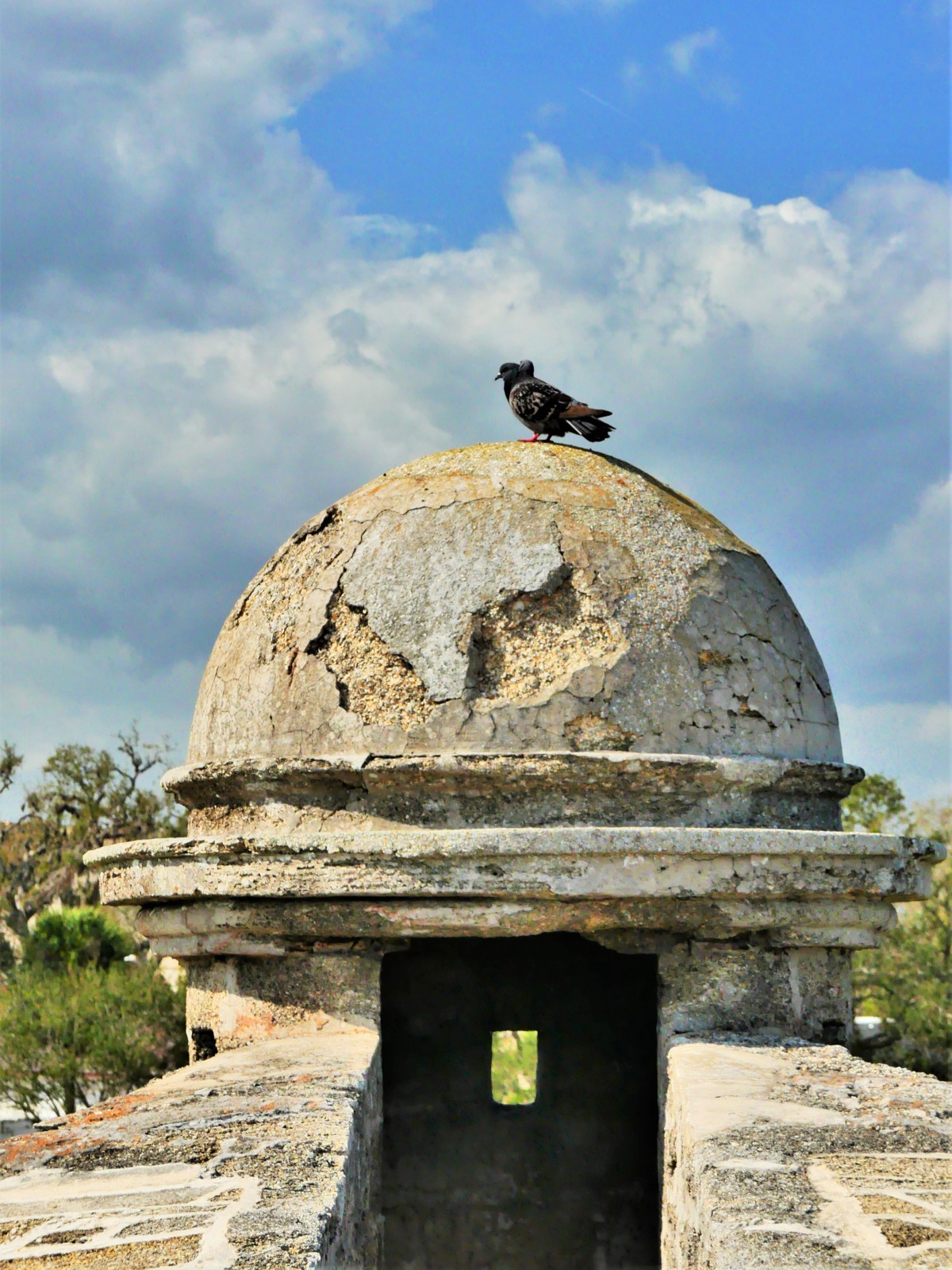 with little time ever devoted to battles. Otherwise, their time was spent protecting the larder…

practicing their faith, which guided all aspects of colonial life… 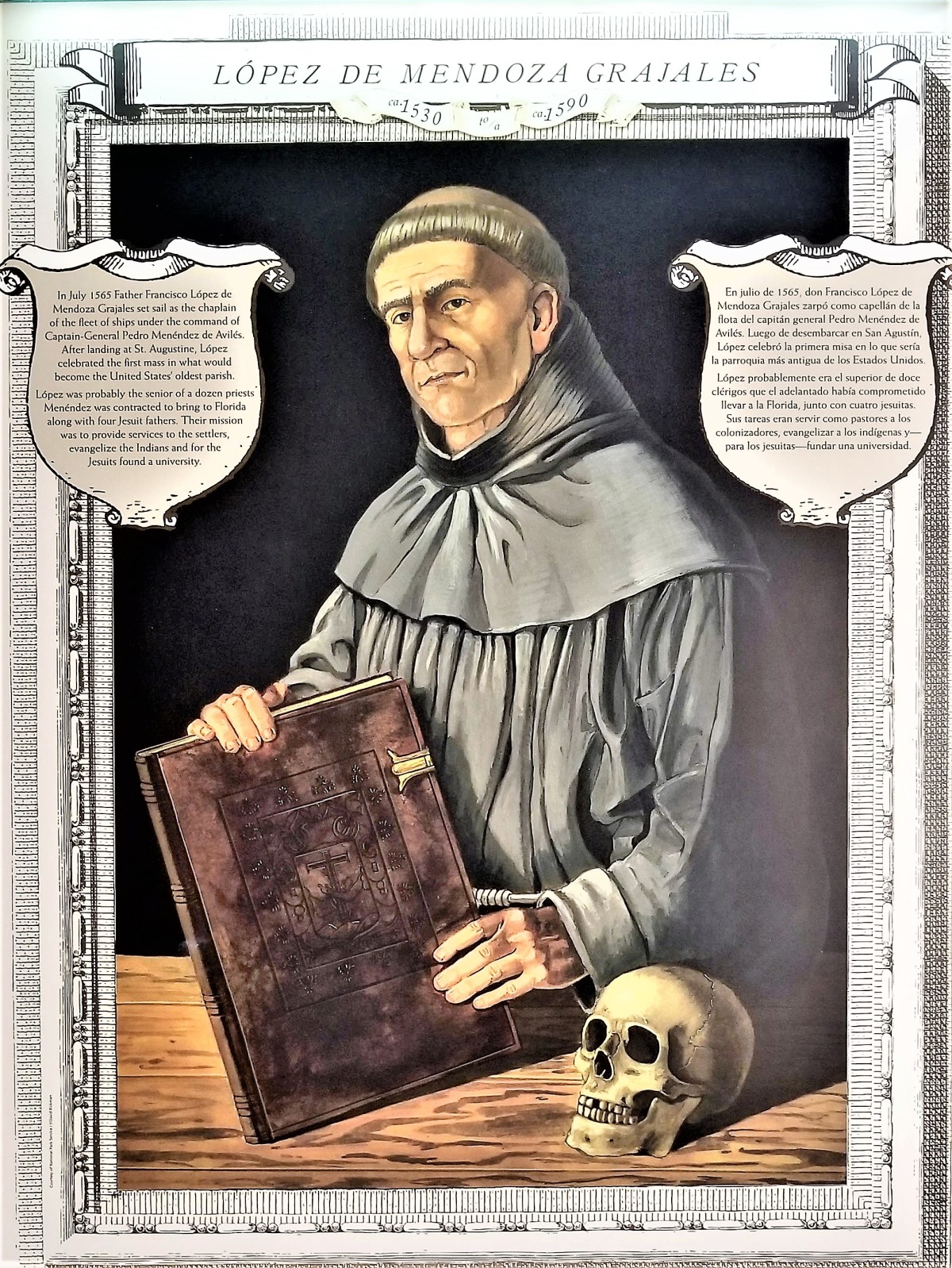 and working second jobs as carpenters, cobblers, and coopers to support their families when away from the barracks.

But when confronted by the enemy, cannon crews were so effective at discharging projectiles from a variety of guns when repelling an attack or seige, 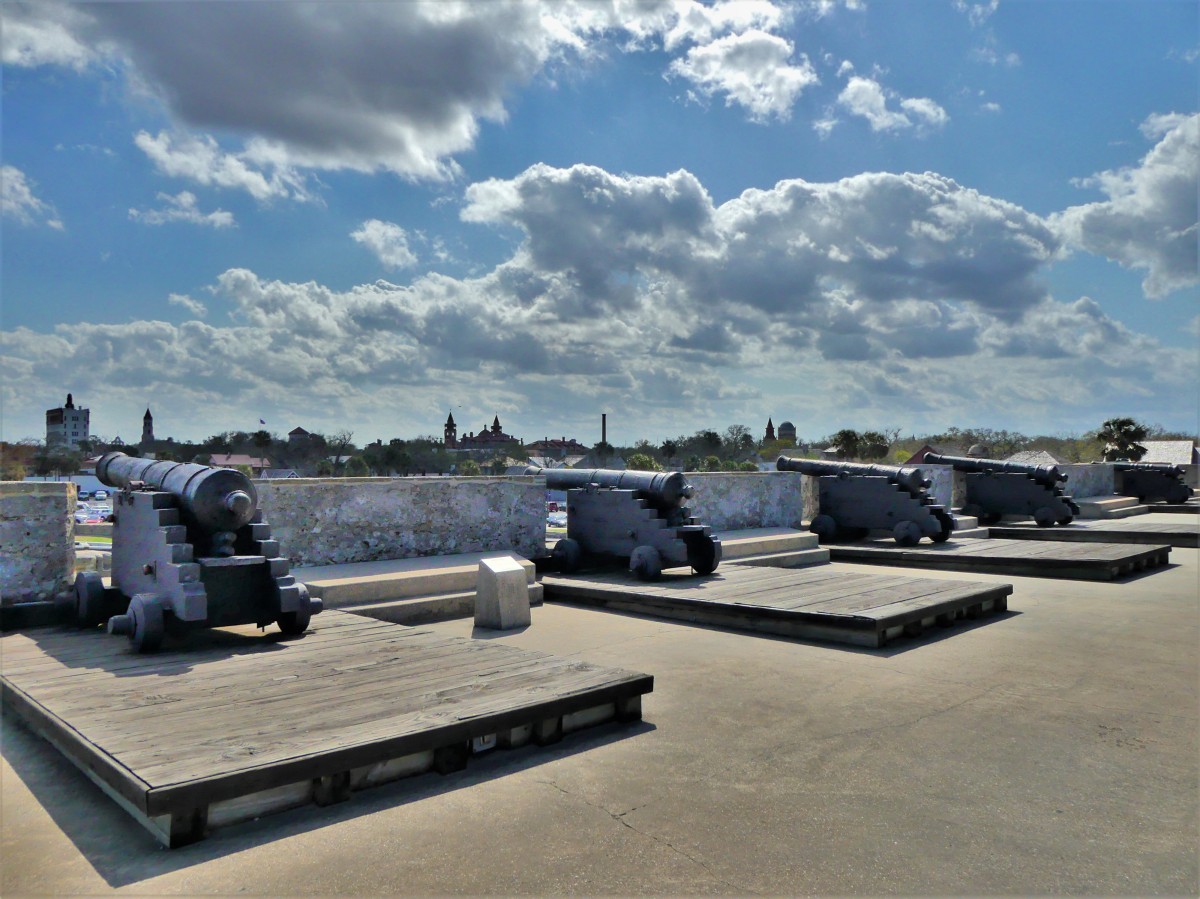 that Castillo de San Marcos was never breached in its history.

The fort has been the centerpiece of a historic city that has changed flags six times, but always by treaty–never surrender or defeat.

But the treachery of Renaissance politics that sparked an amazing race of New World discovery, launched a new nation forged in conflict, and a new world order that defies all labels.