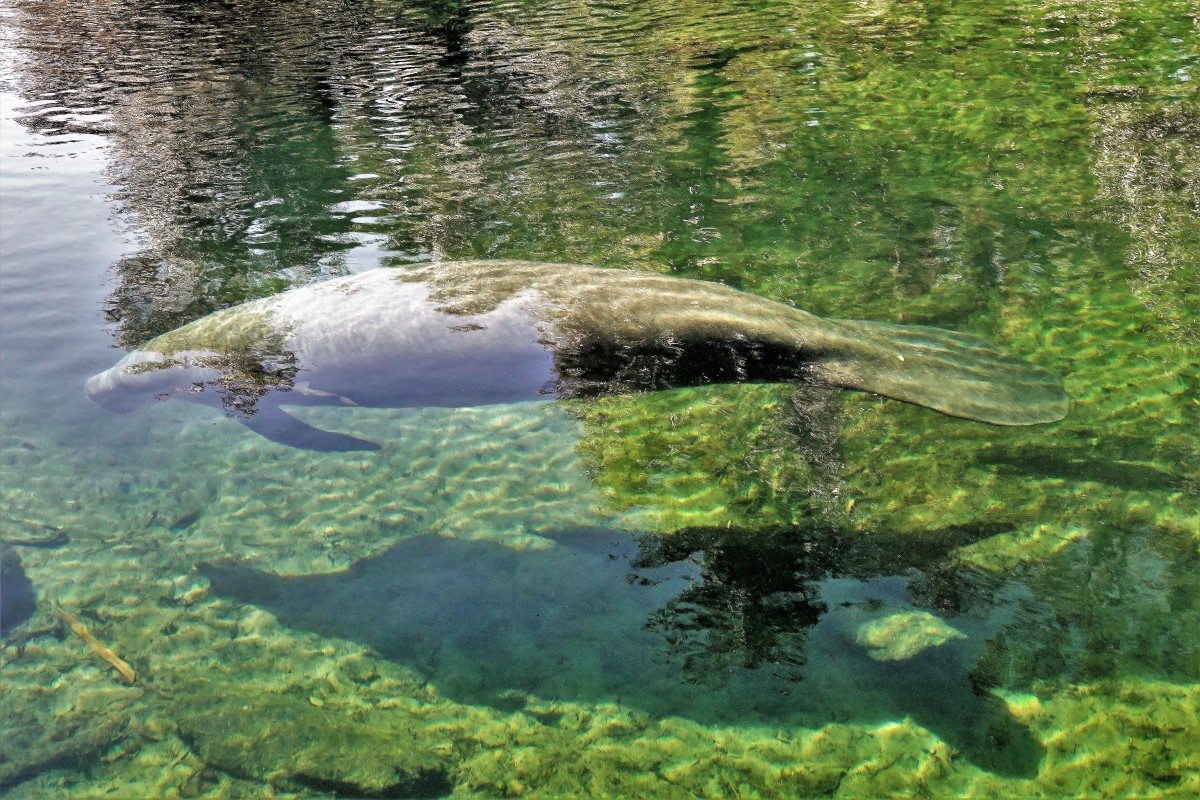 Florida manatees are in trouble and it’s troubling. Today, wildlife conservationists put their current census at around 6500 individuals–up from a few hundred in the 1970’s–

and have reclassified these docile creatures as “threatened.” However, the tide may be returning to “endangered,” given the increasing number of manatees at risk from boat strikes (averaging 100 every year), and the consensus that manatees are dying in unexpected numbers this year from extreme weather. Simply put, they are starving to death.

There’s a chill in the air, and the West Indian manatees of northern Florida have been scrambling to find warmer waters during winter months, where they usually huddle in large numbers, which assists in the yearly count.

to bask in the warm-water discharges of FPL’s Next Generation Clean Energy Center at West Palm Beach,

while hundreds flee to Blue Springs State Park, in Orange City, Florida, where they find safe haven at a wellspring releasing 72° water year-round.

where clear, calm, and temperate waters provide an abundance of sea grass for grazing.

But that’s not the case in many other places where manatees congregate. In recent years, massive toxic algae blooms accelerated by increased extreme weather have eliminated several hundred “sea cows” every year.

The Indian River Lagoon on the Atlantic side of the state accounts for the majority of manatee losses.

The raw truth of the matter is due to negligence of our storm water. We’ve had continual algal blooms over the past 10 years, which blocks out seagrass and kills it…so the manatees are starving to death.

And Patrick Rose, executive director of the Save the Manatee Club further connects the dots:

I believe that seagrass loss is making manatees travel farther to get food, often going into man-made canals where they are more exposed to boat traffic.

Manatees have no natural predators. Sharks, whales and alligators usually swim in different waters and pose no threat to them.

Only humans have the capacity to put manatees at risk, with at least 432 having already perished in the first two months of 2021, accounting for 5 times the number of deaths in recent years.

Even more disturbing, a boat charter captain trolling the Homosassa River in the western part of Florida observed a manatee with “TRUMP” etched along its back.

Perhaps we need to do a better job of protecting them, if they are going to survive our abuses.