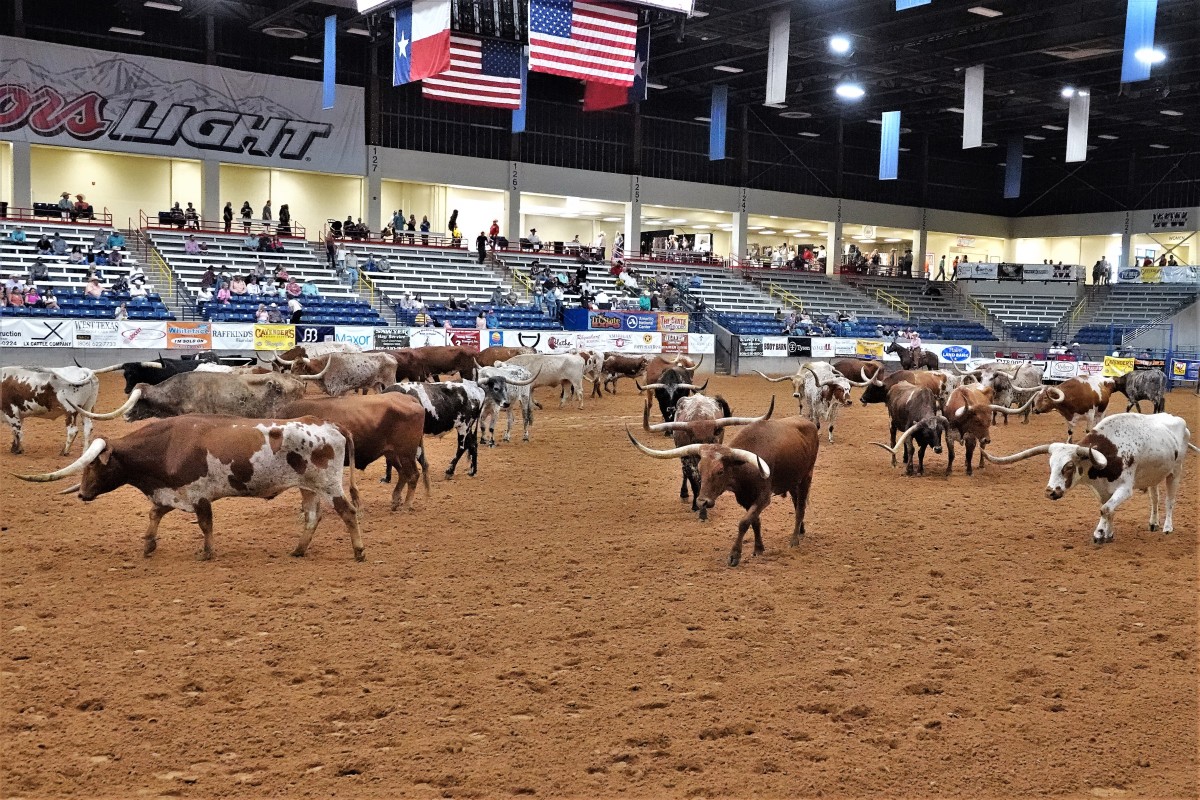 With one of the largest stockyards in the country, it’s no surprise that Amarillo, TX has its fair share of real cowboys. Every year these ranchers bring their cattle and horses to the Amarillo National Center to compete against each other in the Coors Cowboy Club Ranch Rodeo for bragging rights in Saddle Bronc Riding, Stray Gathering, Branding, Trailer Loading, and Wild Cow Milking.

The event officially started on June 3, with its annual longhorn cattle drive through downtown Amarillo. Although Leah and I arrived one day later, Dorinda Blease was there to capture the procession in her grand prize photo.

We cheered with the crowd as the same cattle were released into the arena on the second evening of the rodeo. They milled around for 15 minutes, acting rather nonplussed…

or feeling right at home…

before meandering to the other end of the arena and through the egress gates as future steaks.

After a yellow rose ceremony to memorialize the local cowboys and rodeo guardians who passed over to the Great Ranch in the Sky during the past year, the evening started with saddle bronc riding.

The crowd waits eagerly in anticipation as the horse and rider are carefully prepared in the bucking chute. The moment the gate is opened, the horse bursts free with the rider holding on for dear life and 8 precious seconds,

showing off his finesse, balance and agility…

and the sheep, as well.

The cowboys also tested their roping skills, where they had to catch and wrangle a rogue steer to the ground before binding its legs.

With a dozen ranches competing against each other,

there were winners and losers for those keeping score.

But for me, the critters won the day.

And they could probably teach a thing or two to the guys who are pulling the wrong end for milk. 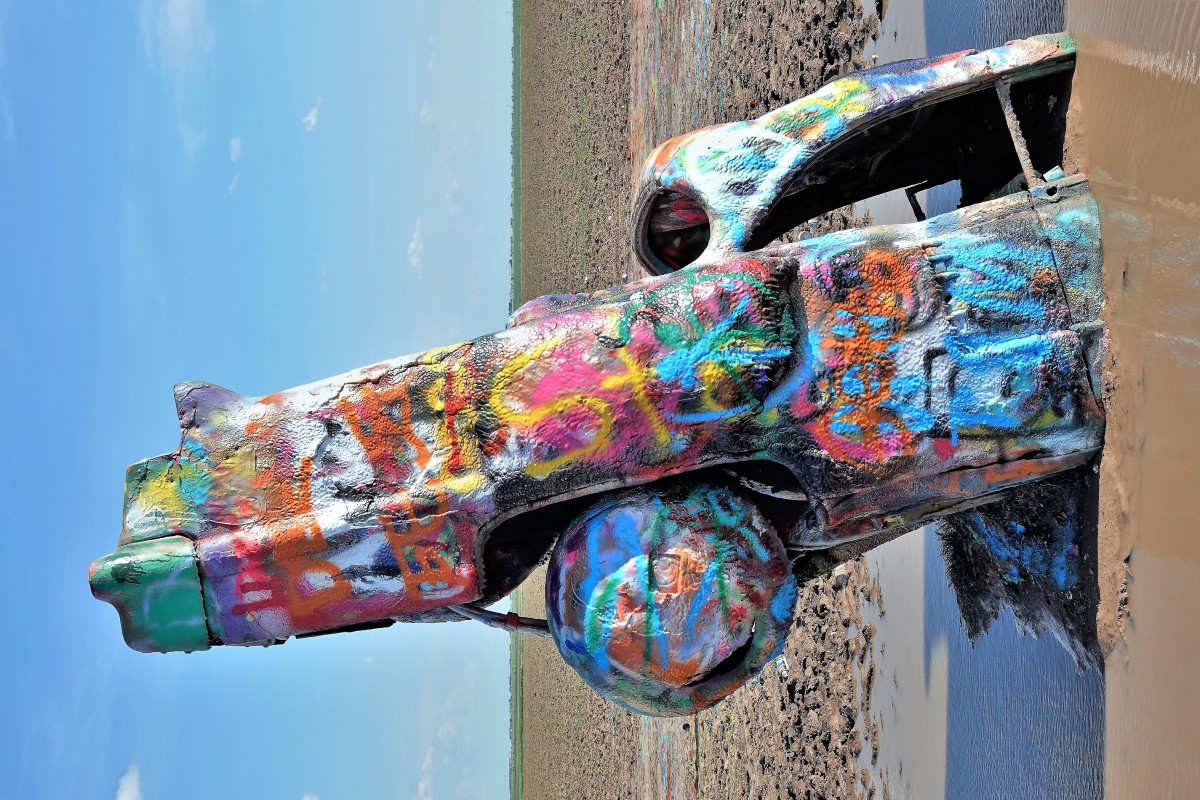 Few places on earth are more perfect for burying 10 aging Cadillacs nose first, than a hay field along I-40 East, just beyond the Amarillo, TX border.

Commissioned by Amarillo eccentric and millionaire, Stanley Marsh in 1974, Cadillac Ranch was the brainchild of Ant Farm, a San Francisco collective of architects whose counter-cultural take on consumerism inspired a Route 66 installation that’s still attracting tourists and future graffiti artists.

It was a carnival atmosphere when Leah and I arrived one late afternoon. Food trucks and vendors selling spray paint were parked inside the farm gates tending to families who had come to showcase their tagging talents…

albeit temporarily, since it never lasts for more than a moment when others are there for the same purpose.

Over time, the paint build-up has transformed the Cadillac shells into grotesque casualties of Rust-oleum polymers,

leaving behind a graveyard of cans…

Fortunately, there are advisory signs directing people to act responsibly.

But signs are just a distraction from the real business at hand,

which is group participation in a colorful experiment of American culture and capitalism.