Detroit has been working overtime on a public relations campaign to scrub the grime off its tarnished reputation and buff the rentability of its landmark towers. A downtown resurgence is helping to restore the luster of a once-burgeoning city that grew into an industrial and economic juggernaut during the first half of the 20th century, but became a municipal pariah after accruing $20 billion of debt since the 1950s.

In its heyday, Detroit was a magnet of opportunity, attracting new residents from all American sectors with the promise of manufacturing jobs. Consequently, its population swelled to 2 million.

The collapse of the city’s automobile industry was the catalyst for Detroit’s demise. Racial tensions culminated in riots in 1967 that led to a mass exodus, and Detroit shrank to a third of its size. Vacant lots and abandoned buildings became the norm. Ultimately, the city went bankrupt in 2013–the largest debt of its kind for an American city.

Today, Detroit is rebounding, but not without new growing pains. City leaders hope to strike a balance between renewed economic confidence and building a future that is more inclusive of long-term residents who have suffered the most.

As it’s explained by Pete Saunders for Forbes Magazine:

Leah and I took a walk around downtown to see for ourselves. First, we stopped at an Art Deco-styled landmark building celebrating its 90th anniversary. 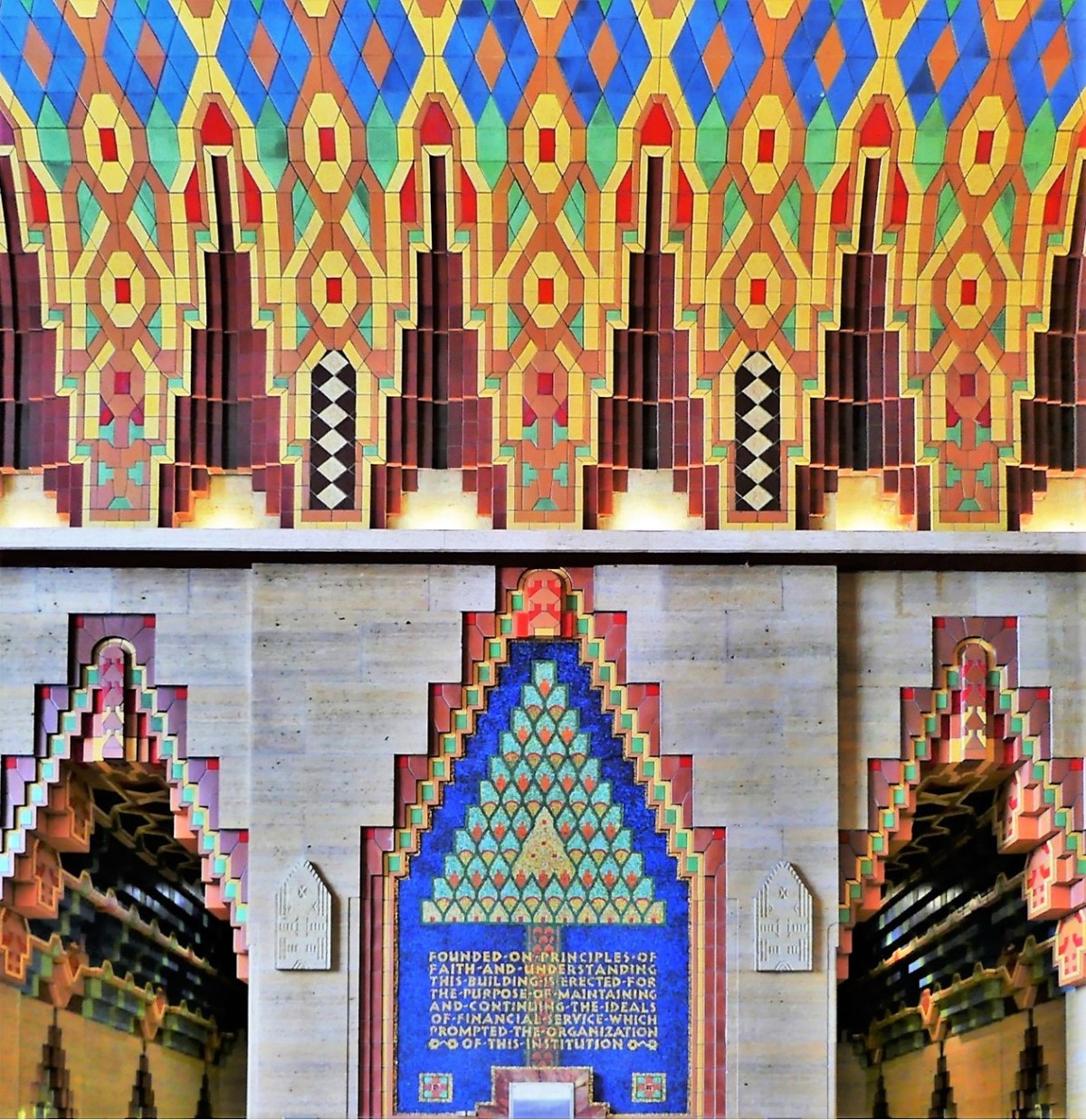 A short walk to the Detroit River brought us face to fist with an homage to Joe Louis. 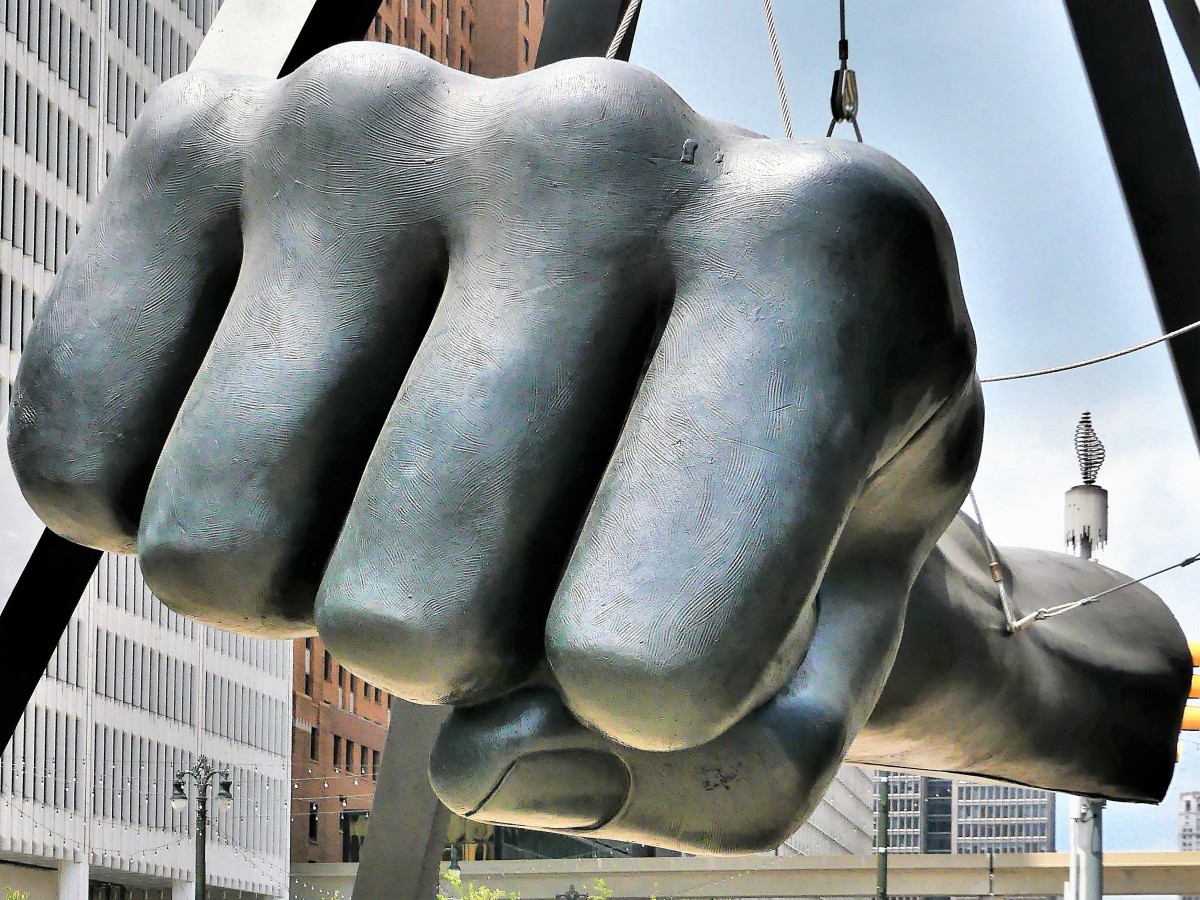 Nearby, the Spirit of Detroit was undergoing a makeover. 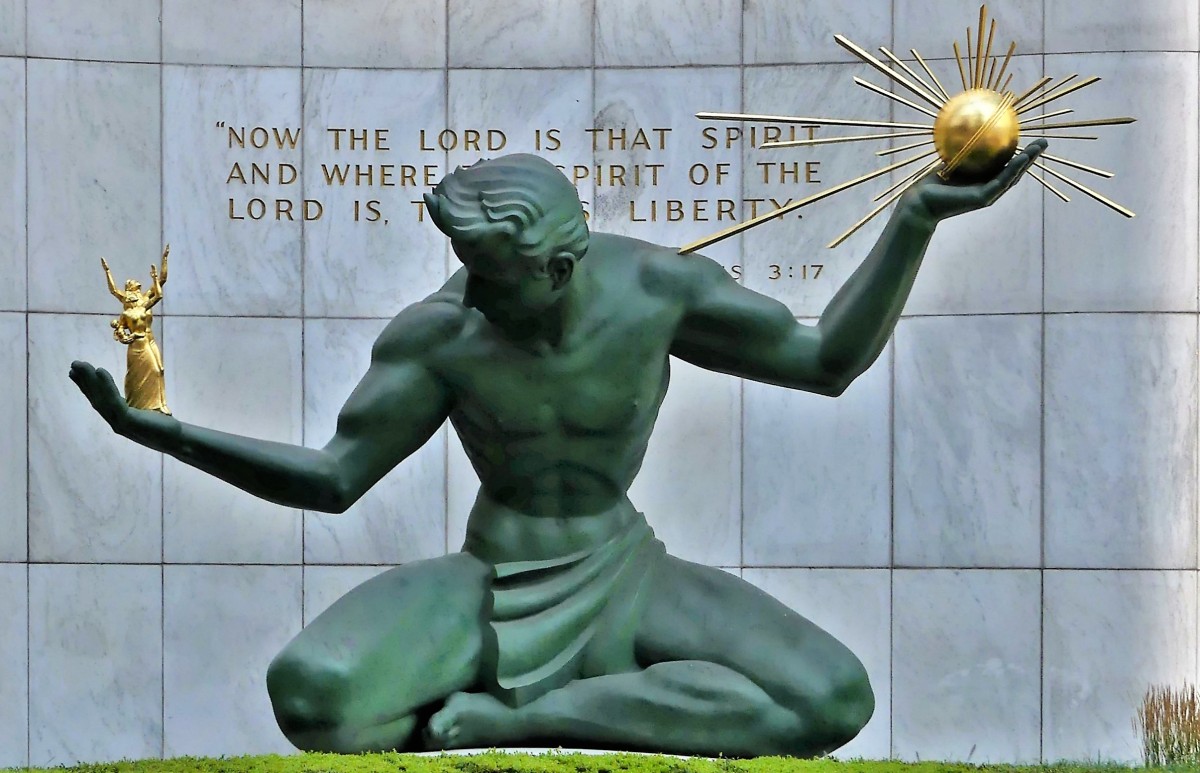 We crossed E. Jefferson to arrive at Hart Plaza to gaze at Michigan’s Labor Legacy. 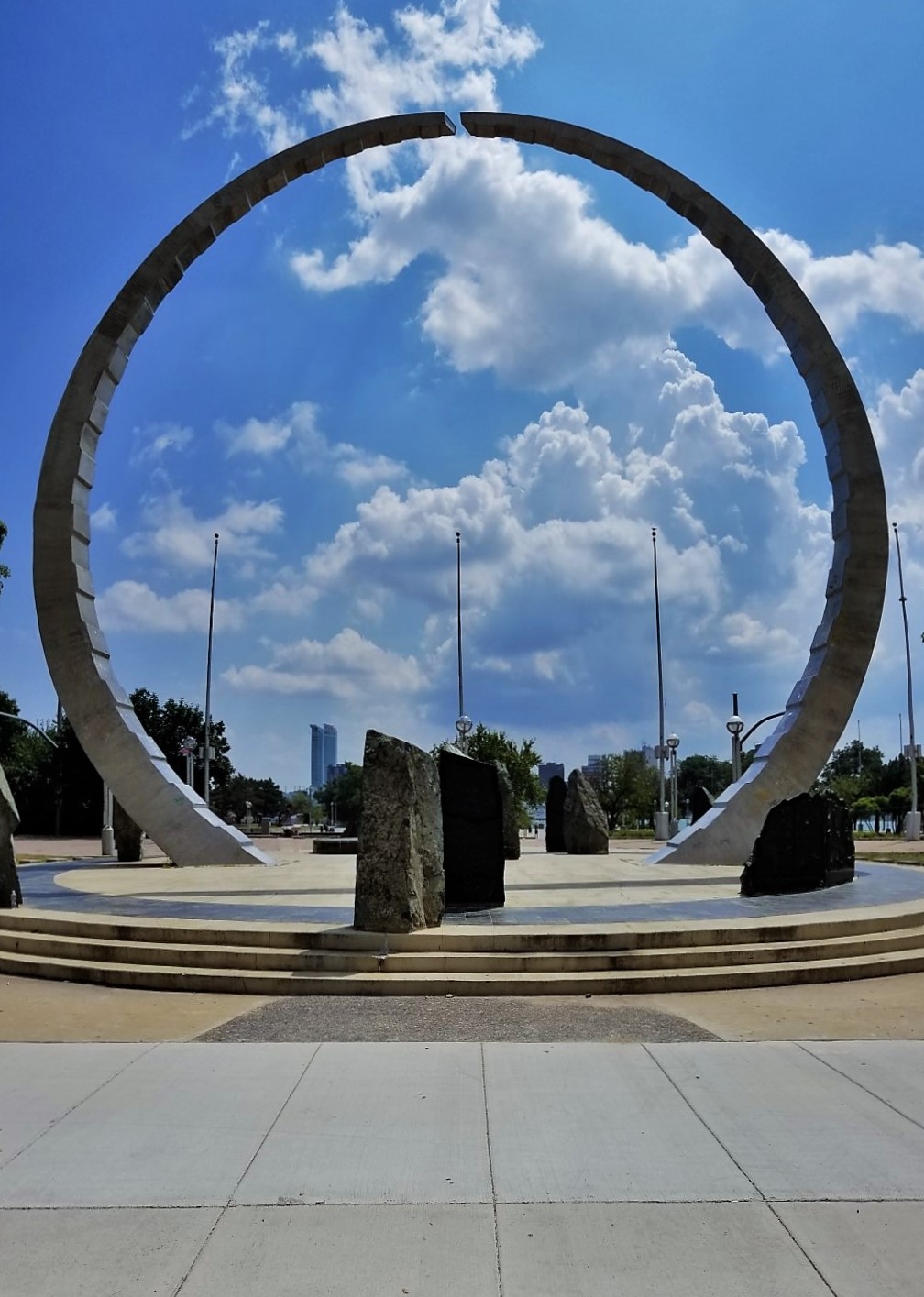 Walking a short distance to the Detroit River brought us views of Windsor, Canada as once imagined by slaves making their escape through the Underground Railroad. 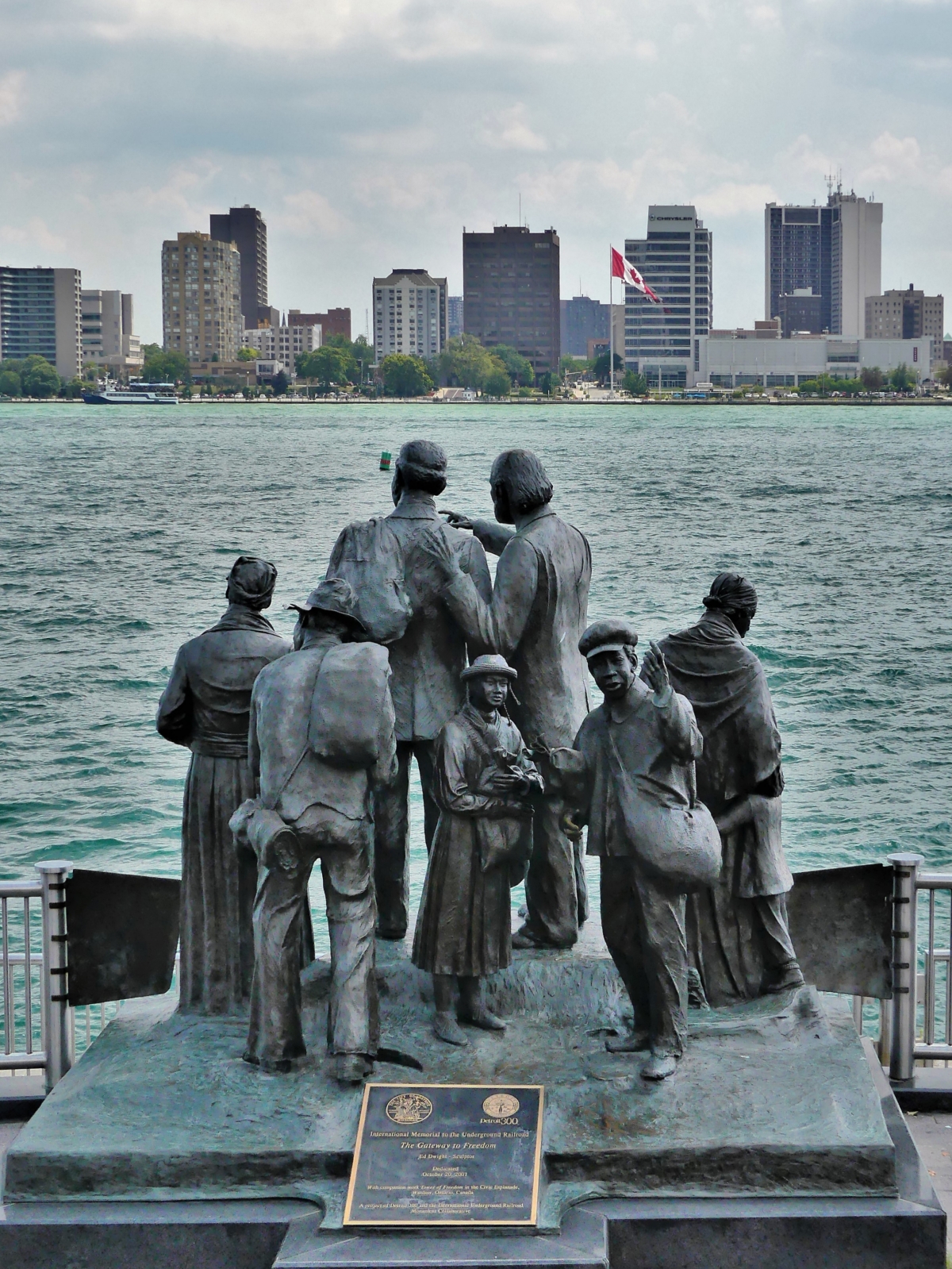 In the distance, stands the Ambassador Bridge–the busiest crossing between U.S. and Canada–with 10,000 commercial vehicles making the trip daily.

Beyond Dodge Fountain, the GM Renaissance Tower rises from the International Riverfront.

A walk along the riverwalk delivered us to the GM Wintergarden, where a life-sized model of a Chevy Silverado was made entirely of Legos.

Equally as impressive, and no less the engineering feat, the Fisher Building has been referred to as “Detroit’s largest art object.” 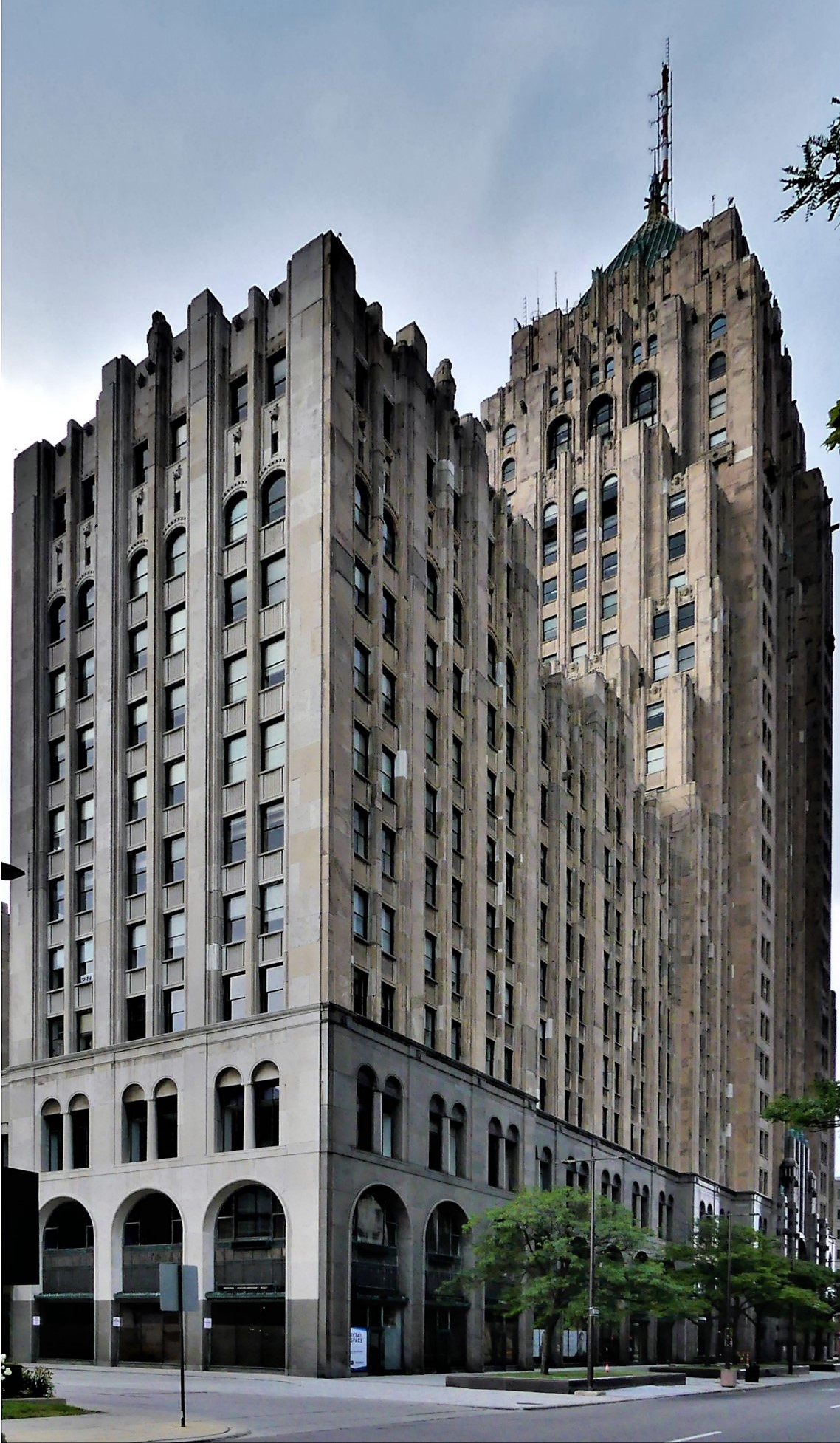 Finished in 1928, the 30-story building was financed by the Fisher family from the sale of Fisher Body Company to General Motors.

and marble by Géza Maróti is considered a masterpiece.

Alfred Kahn also spent time up river on Belle Isle (an island park originally designed by Frederick Law Olmstead in the 1880s), where he designed America’s first Aquarium and Conservatory in 1904. 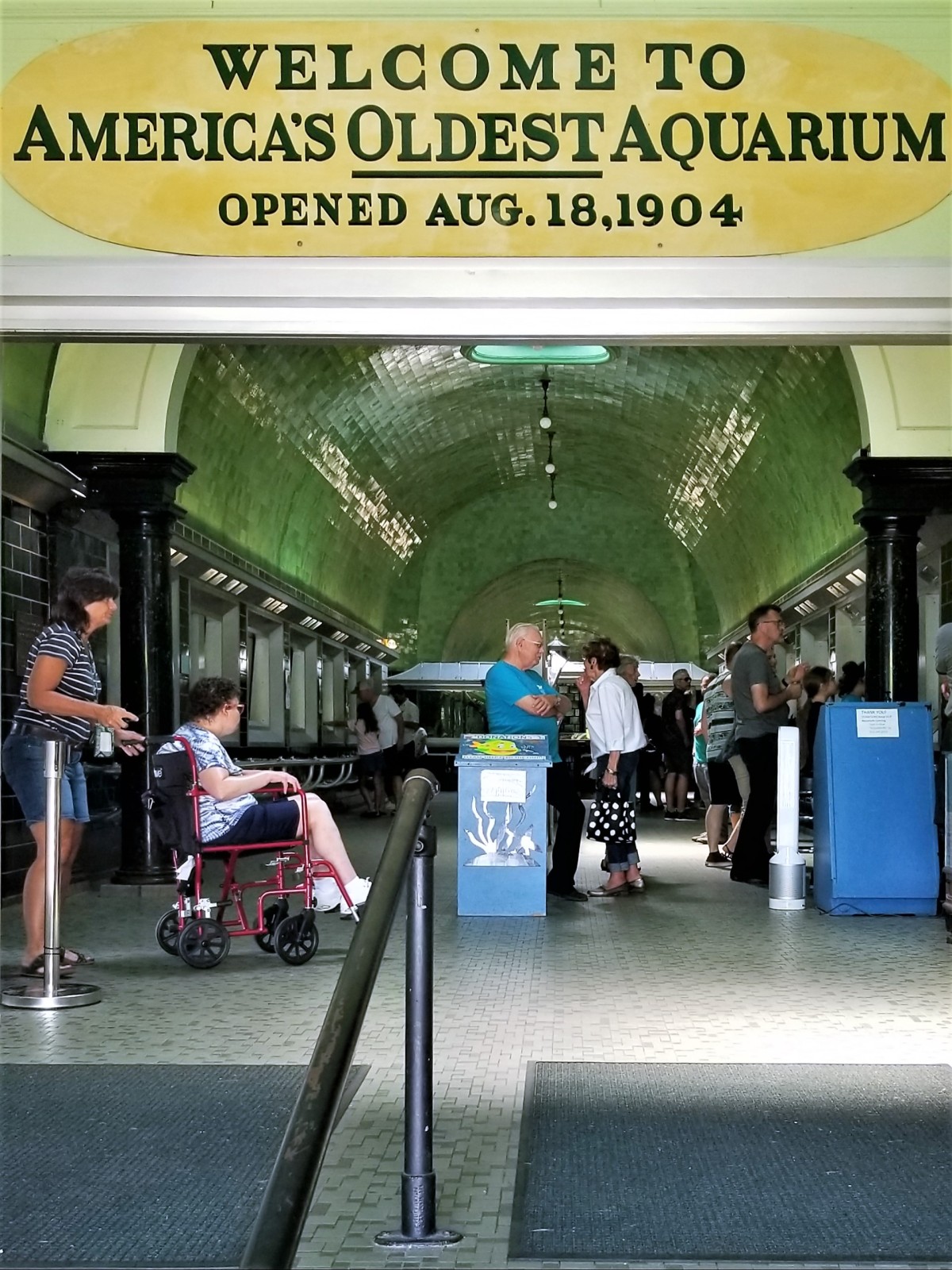 Another part of Detroit’s revitalization effort included the construction of Ford Field, the domed home of NFL’s Detroit Lions, 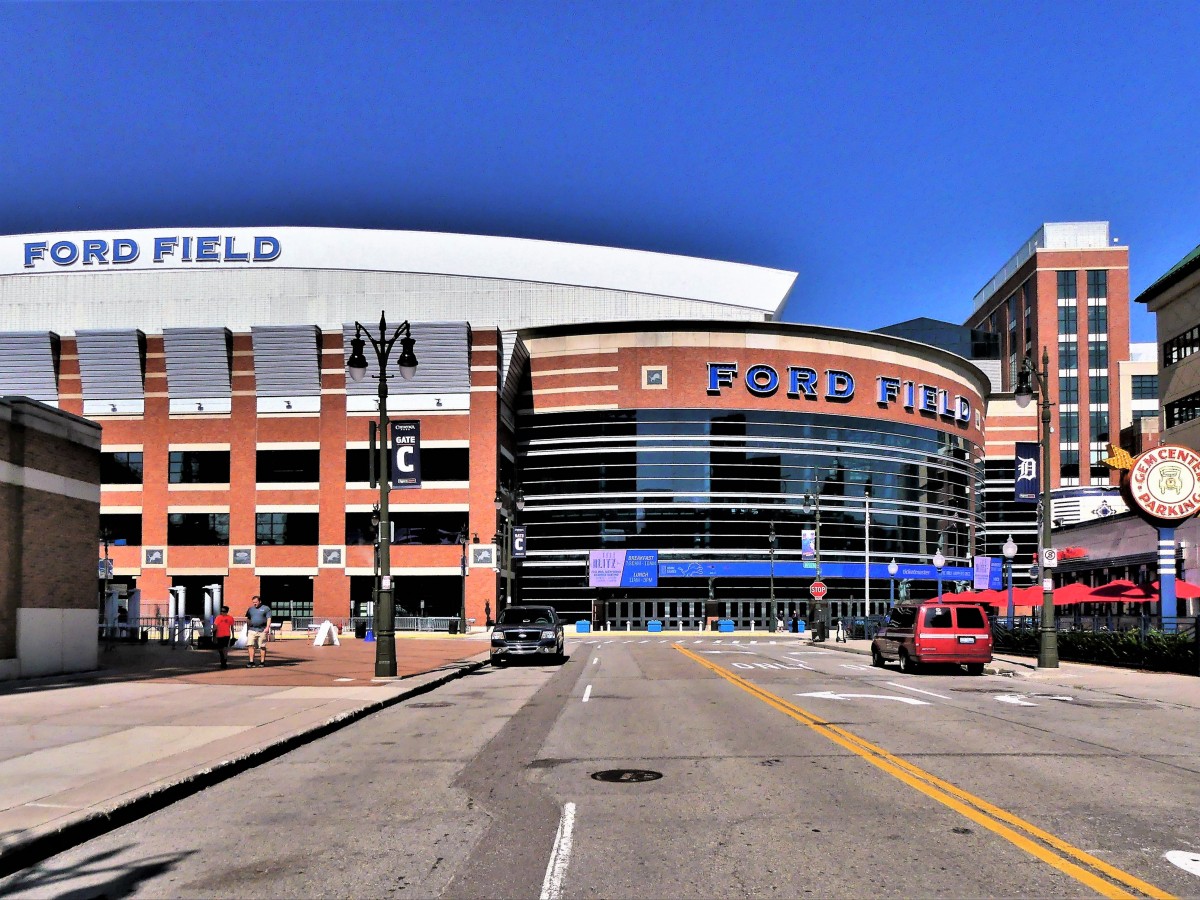 Detroit has been hailed as The Comeback City, emerging from Chapter 9 with a new vibe that seems to be drawing people back to a city that was broke and broken, and considered unliveable only six years ago. With continuing investment and broad community suport, the prospects for Detroit are bright,

and turning naysayers into believers.

15 thoughts on “This is Detroit”