Leah and I were looking forward to touring Hitsville, USA after determining that a visit to Detroit was an essential part of our Great Lakes adventure.

Once we arrived at Motown Studios, I sensed a different kind of energy around me. Almost immediately, I found parking for the F-150 just beyond the funeral parlor’s yellow lines, and saw it as an omen of sorts for something good.

The scene around the house pulsed with enthusiasm and excitement. The crowd was as mixed as a casting call for Felinni’s Amarcord, yet everyone shared a common connection to the music, which made for instant bonding.

A like-minded gentleman of similar age joined me as I read the commemorative plaque, and I turned to him.

“Do you realize that we are the generation of those spider things?” I joked.

“Tell me about it!” he shrugged. “I got memories fitting that thingagmajig into the record hole just so I could stack my 45’s on the record player.”

We shook hand and moved on.

Fans from across the country and around the world made the pilgrimage to celebrate the soundtrack to America’s social, political, and cultural consciousness.

Leah took a trip to the box office, while I attempted a portrait of Hitsville Chapel, all the while dodging families posing for selfies on the steps.

Leah returned without tickets. To our disappointment, the 5pm tour was sold out…weeks ago. It never occurred to us to secure tickets beforehand.

“Let’s go inside,” I suggested. “We’ve come this far. Maybe there’s something to see, or something we can do to fix this fiasco.”

The front door opened to an overflowing gift shop doing brisk business, but we weren’t there to buy souvenirs (at least not right away). We were there to relive our childhoods.

I walked around the backside of the shop, where I found the exit to the exhibition.

So close, yet so far…to the Rock and Roll Hall of Fame, 173 miles east of us…

to catch up on nifty artifacts.

“I think I can get us in,” Leah announced.

“Really!?” I mused. “And how are you gonnna manage that?”

“I think I can convince the guard to feel sorry for us, and he’ll let us in,” she boasted.

I think the security guard of 25 years has probably heard every sob story imaginable, except for Leah’s. To be expected, Leah’s story had little impact on his decision, but he must have been moved somewhat.

He withdrew a tattered writing pad from his shirt pocket. “Y’know, over the years, I collected the addresses of some Motown legends, and I don’t really show it aroun’, but I’m gonna make an exception in your case, ’cause you came all this way for nothin’.”

“And all these addresses are in Detroit?” I asked.

“Yup, but do me a favor and keep it on the QT, OK? I don’t want the neighbors hassled and all,” he advised.

Cool! While we had lost the grand prize, it seemed, at the very least, that we were leaving with parting gifts. With addresses in hand, Leah and I decided to regroup and return the following day to play “private investigator.”

When plotting addresses on GPS, it became clear to us that many of the homes were within a ten-mile range of each other, so off we went on our real estate scavanger hunt of once-lived-in homes of America’s greatest rhythm and blues, and soul singers.

We started our tour at Florence Ballard’s home in Detroit’s largest historic district, Russell Woods. Florence was a founding member of the Supremes, who passed in 1976. 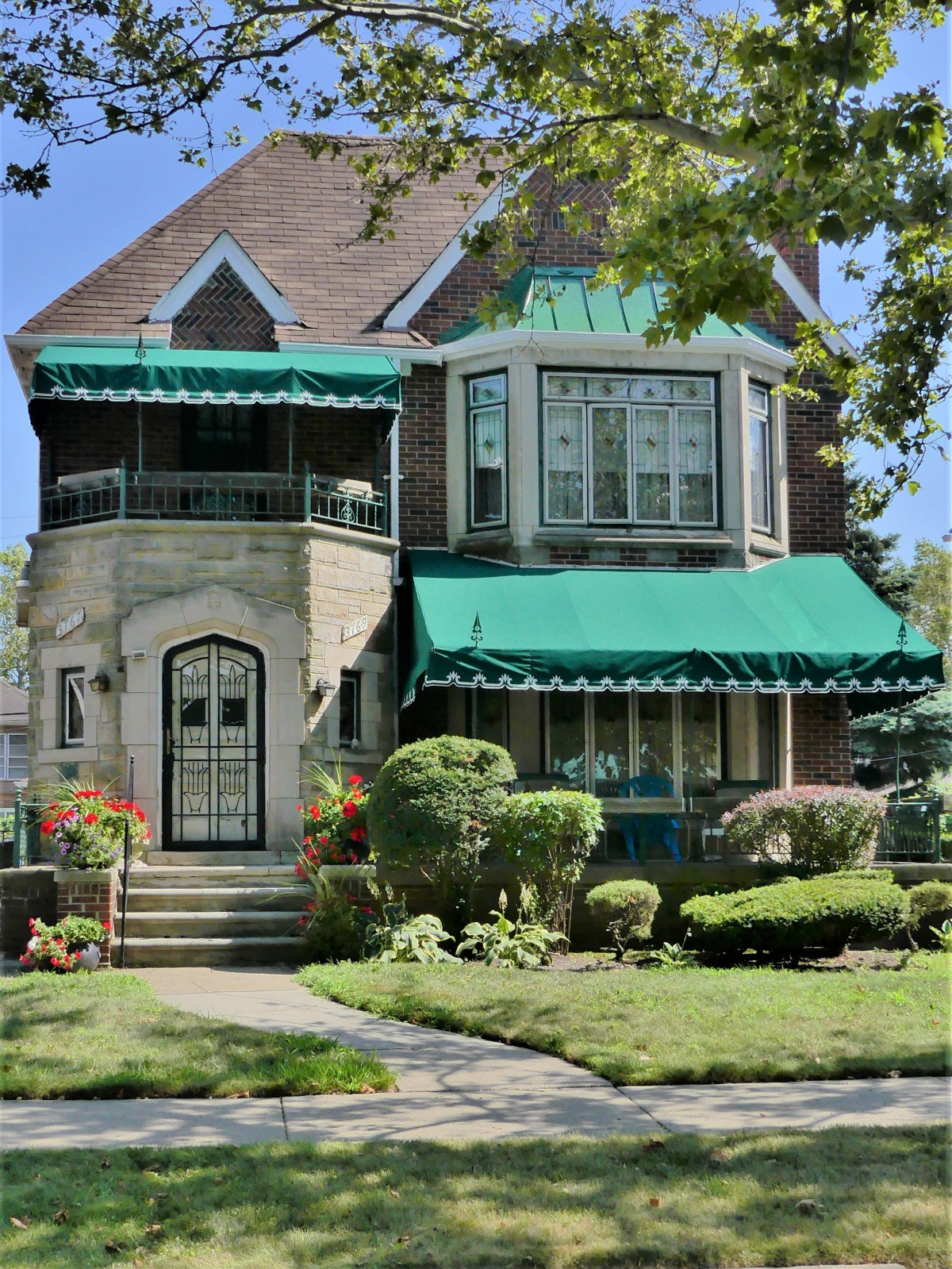 In her early years, Diana Ross lived with her family on the top floor of this duplex, just north of Arden Park.

It turns out, it was only five miles away from Berry Gordy, Jr.’s home, until he sold it to Mavin Gaye in the ’70’s…

and moved to a 10,500 sq ft Italianate mansion in Detroit’s Boston-Edison historic district with 10 bedrooms, 7 baths, a 4,000 sq ft pool house, and a 5-car carriage house. 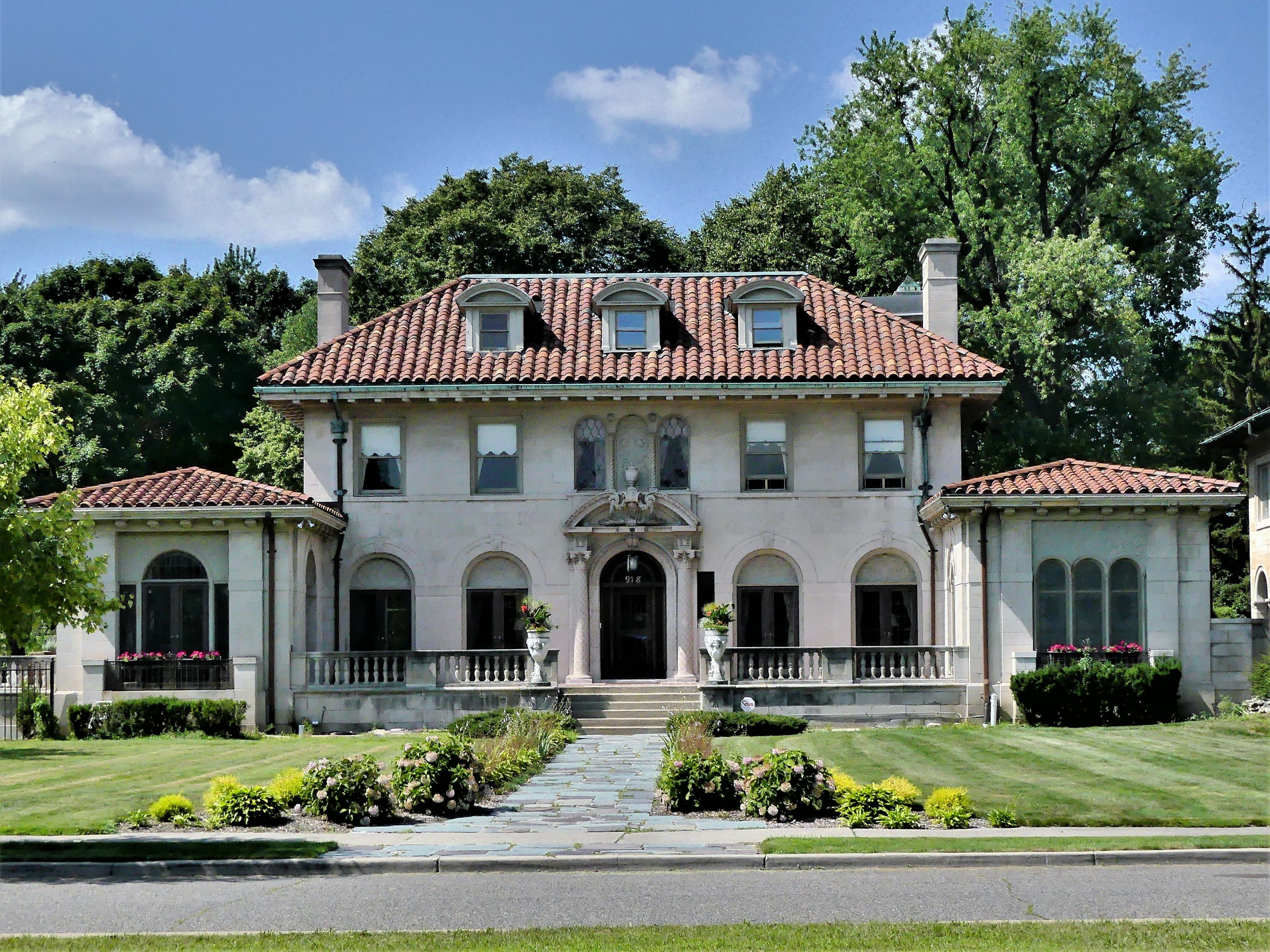 And only a couple of miles away in the Bagley neighborhood lived Stevie Wonder in a 3 bedroom, 2.5 bath gabled house.

By now, I was fading from driving through Detroit traffic; and I was losing interest in photographing the rest of the listings. Additionally, I considered that crawling to a stop in front of someone’s house, double-parking, and positioning a camera through the window probably looked suspicious and creepy to any onlookers.

The following afternoon, the day of our departure, a home in Detroit’s Chandler Park section exploded–14 miles east of our recent real estate sweep.

One firefighter was injured in the blast. The Fire Marshall determined that a gas leak was to blame, but arson investigators are on the scene.

“Y’think this was an omen, too?” Leah mused.

“Nah! Just a coincidence!” I answered.

(Or maybe the beginning of another impossibly flaky, half-baked conspiracy theory!)

3 thoughts on “This is Motown”