After one month of travelling along Lake Ontario, Lake Huron, and Lake Superior in Canada, we crossed the border into Grand Portage, Minnesota to continue our Great Lakes circumnavigation through the States. We made Duluth our first stop.

Our reservations, made months ago, took us to Jay Cooke State Park–about 10 miles south of Duluth– where we planned to camp five nights through July 4th, but not without sacrifices.

RV enthuthiasts would agree that a level pull-through site with electric, water, and sewer is the norm for comfortability. But a site that also offers cable TV service with highspeed internet is the Holy Grail. Sadly, Jay Cooke was offering us a back-in site with 30 amp service only…for three nights. The other two nights, we were assigned to a primitive site inside the park with no amenities. This was the best Jay Cooke State Park could offer, considering the popularity of the park and high demand for the holiday week.

Originally, we called around to other area campgrounds and RV parks hoping for better accomodations, but found no availability anywhere else. By default, we accepted our fate and placement at Jay Cooke, and considered ourselves fortunate to find any place at all to park our Airstream during Independence Day festivities.

We crossed the border into Central Time, and surrendered an extra hour of daylight in exchange for arriving at the park office during operating hours, and giving Leah one last chance to modify our reservation.

After 40 minutes of queueing to fill our tank with fresh water, we eventually found site 38 down a very narrow access road lined with crowded spruce trees. No matter how many times I tried, and I tried, I couldn’t swing 28 feet of Airstream plus bicycles into a shallow site without sacrificing my truck to the evergreens. Simple physics wouldn’t allow it.

Leah sought a refund, while I investigated last-hope possibilities, nearby.

As if by magic, I called Darren at Buffalo Valley RV Camping, only a few miles away, who minutes ago received news of a cancellation. And just like that, we had a new address…with electricity AND water.

The following day, Leah and I strolled along the first two miles of Duluth’s 7.5 mile Lakewalk, stretching from Canal Park through Leif Erikson Park to Lester Park.

Starting out at Canal Park, I was drawn to Duluth’s iconic Aerial Lift Bridge that guards the entrance to Superior Bay,

supported by two sentry lighthouses that jet out to meet Lake Superior.

Originally conceived as America’s first transporter bridge in 1905, passengers and freight were ferried across in a large gondola. 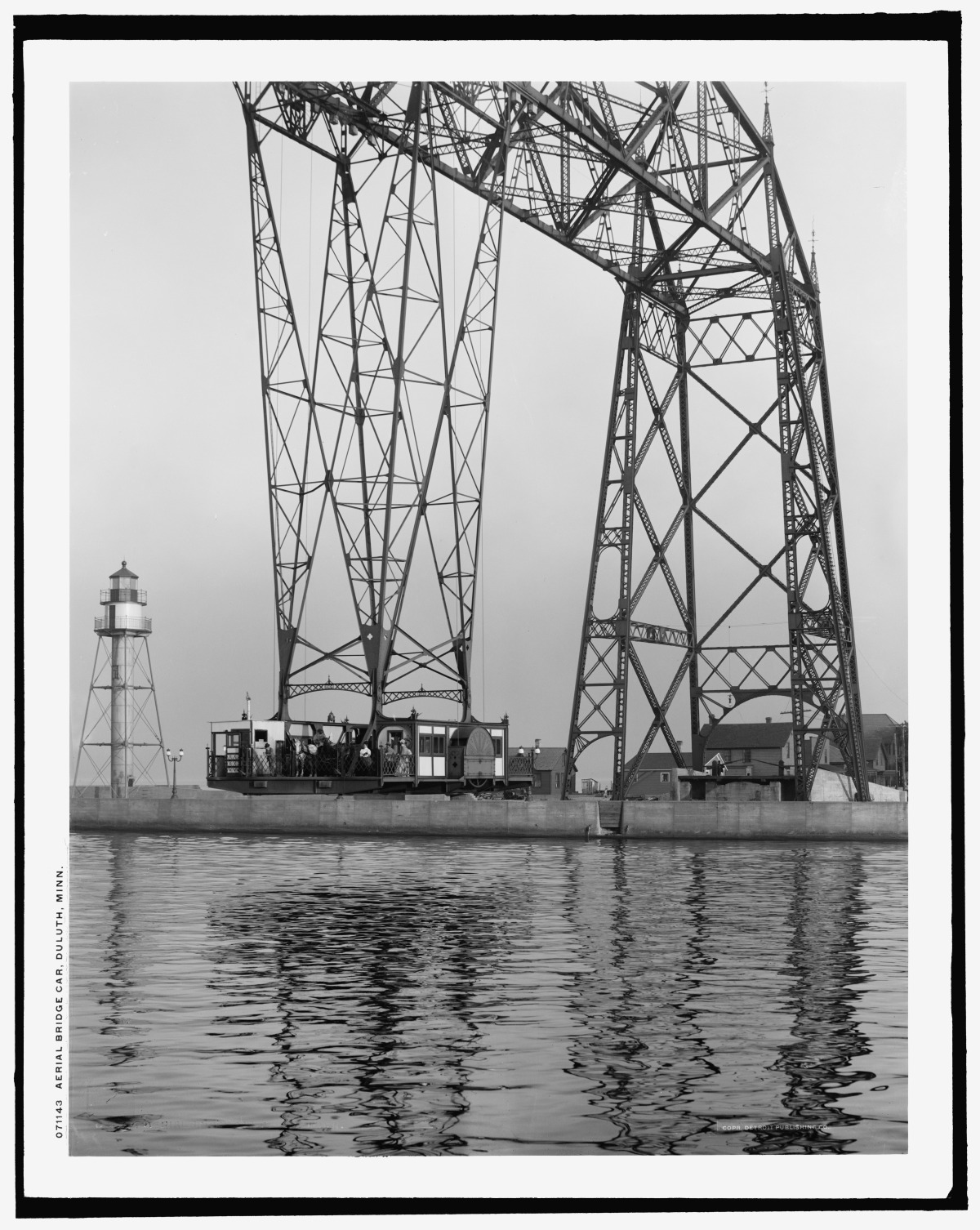 In 1930, the bridge was reimagined with a vertical lift, 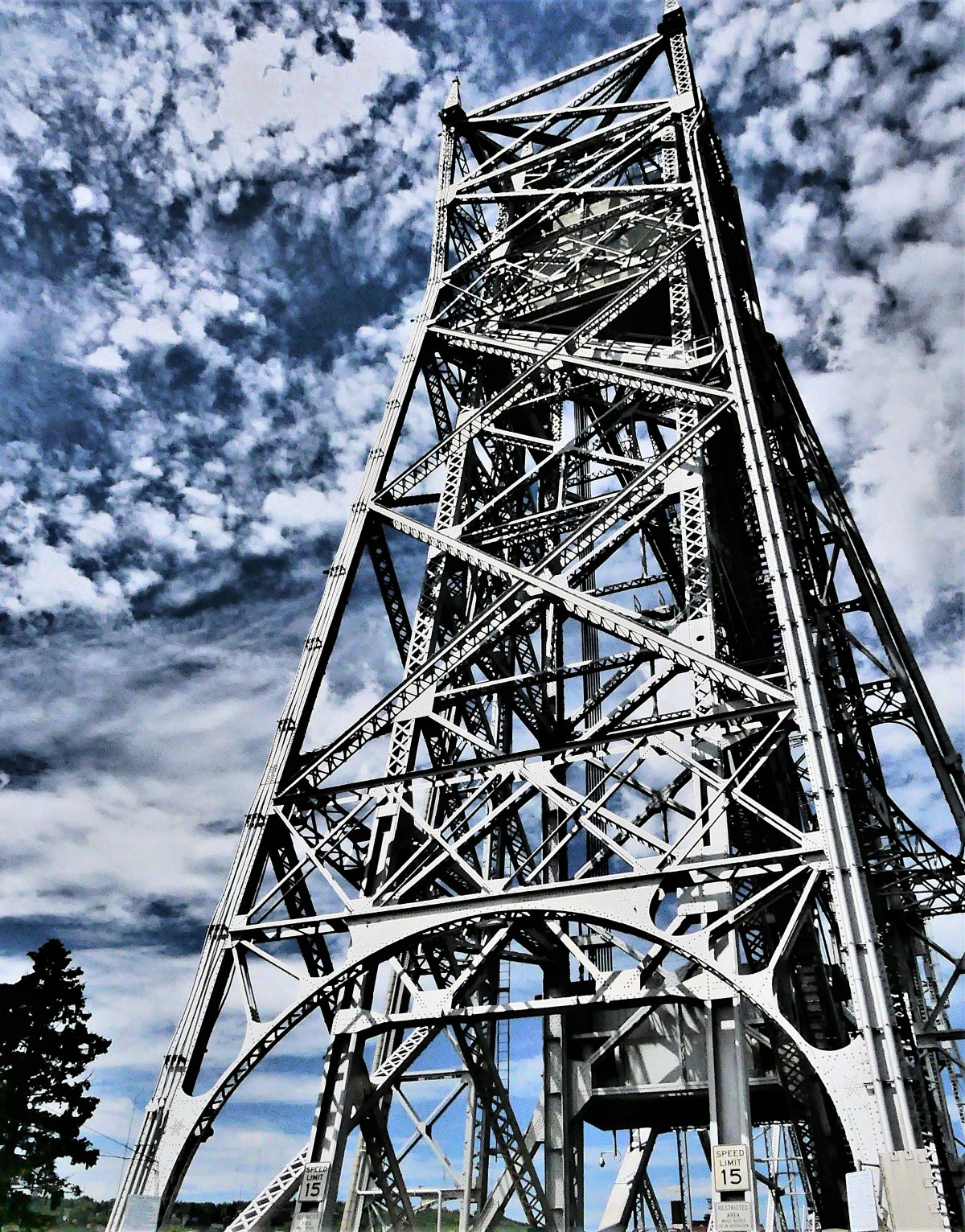 and continues to operate much the same way to date. 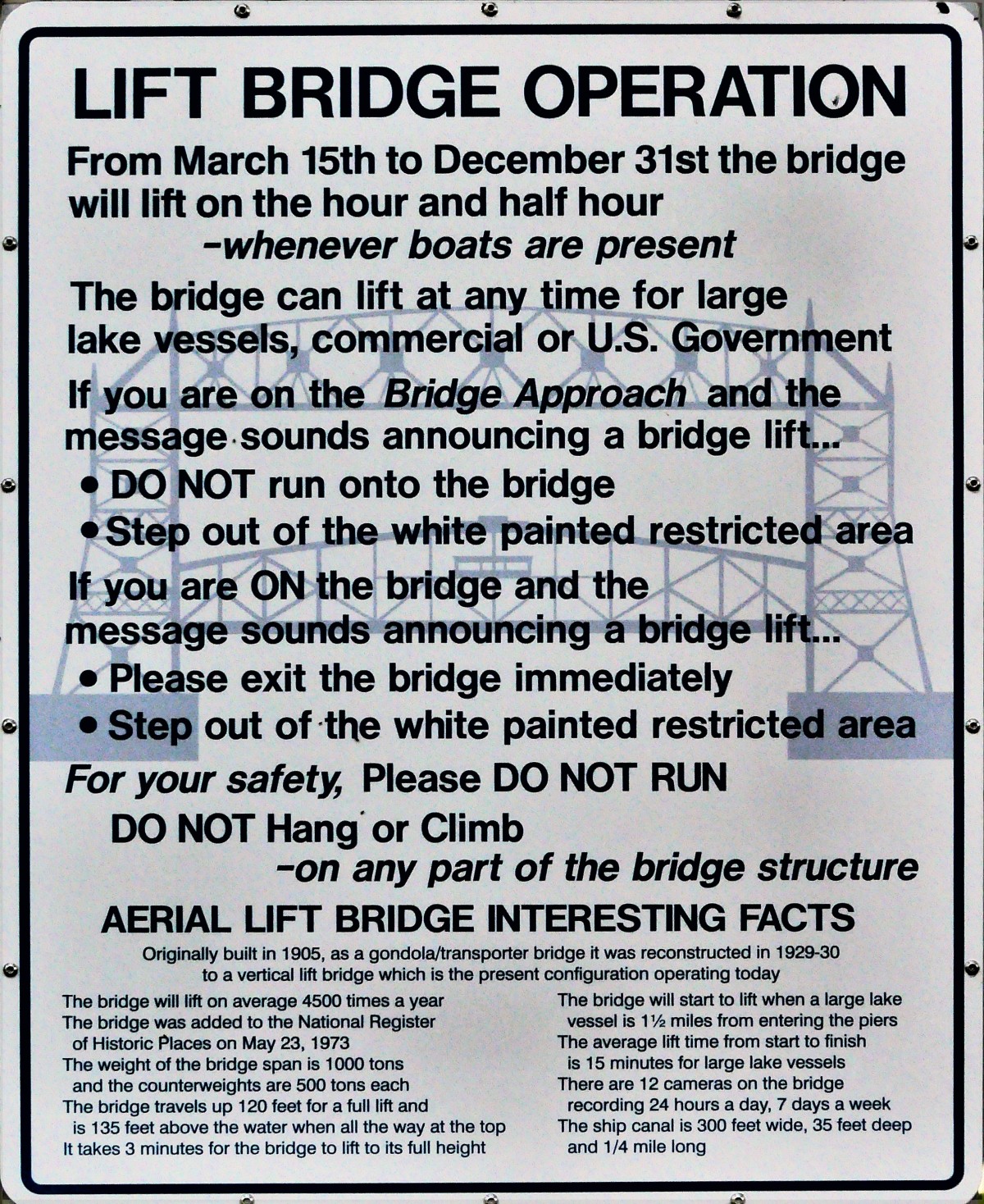 The warm air prompted scores of beachcombers to scramble across the rocks in search of beach glass,

while a few brave souls channeled their inner polar bear by swimming out to “the cribs” in frigid water.

We followed the Lakewalk to Fitgers with a few notable detours along the way. 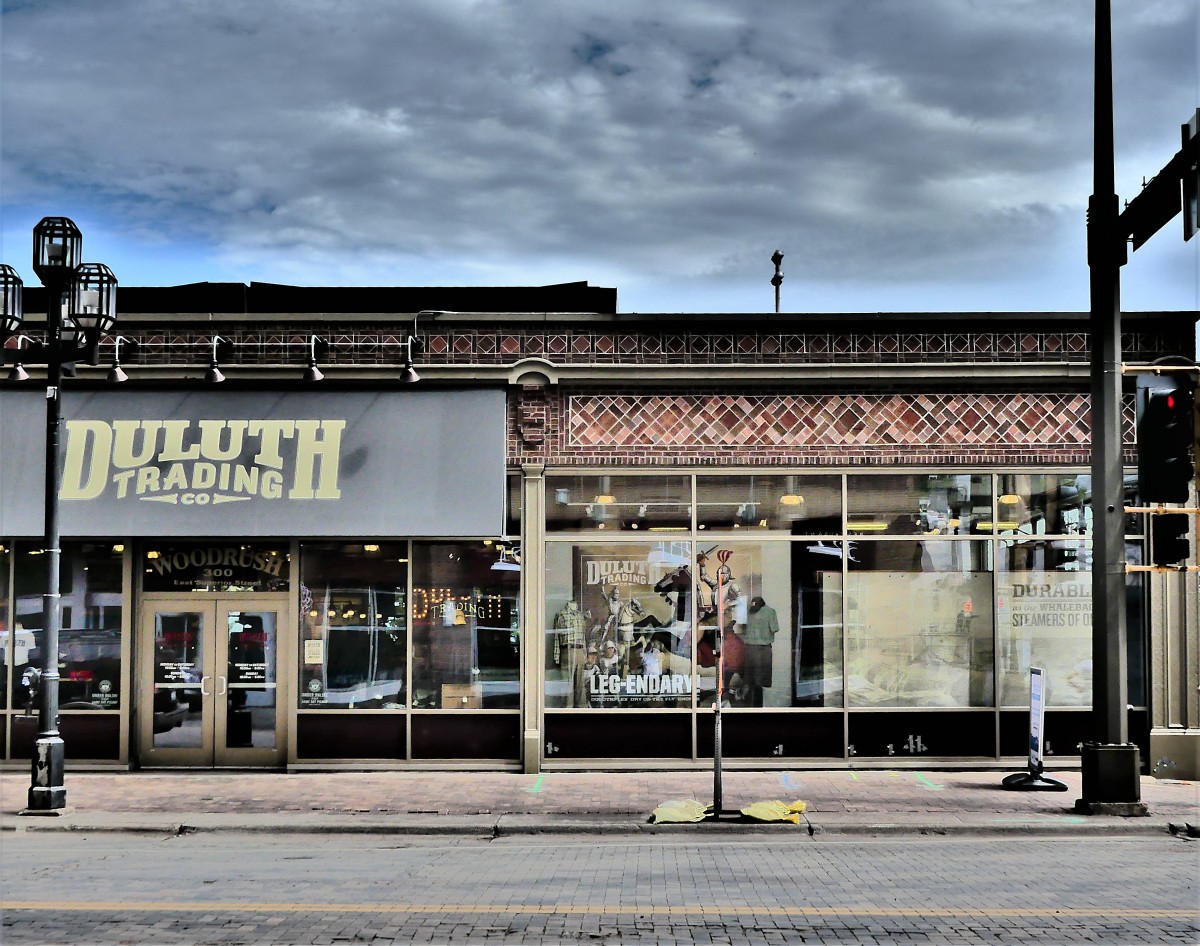 proved to be enriching…