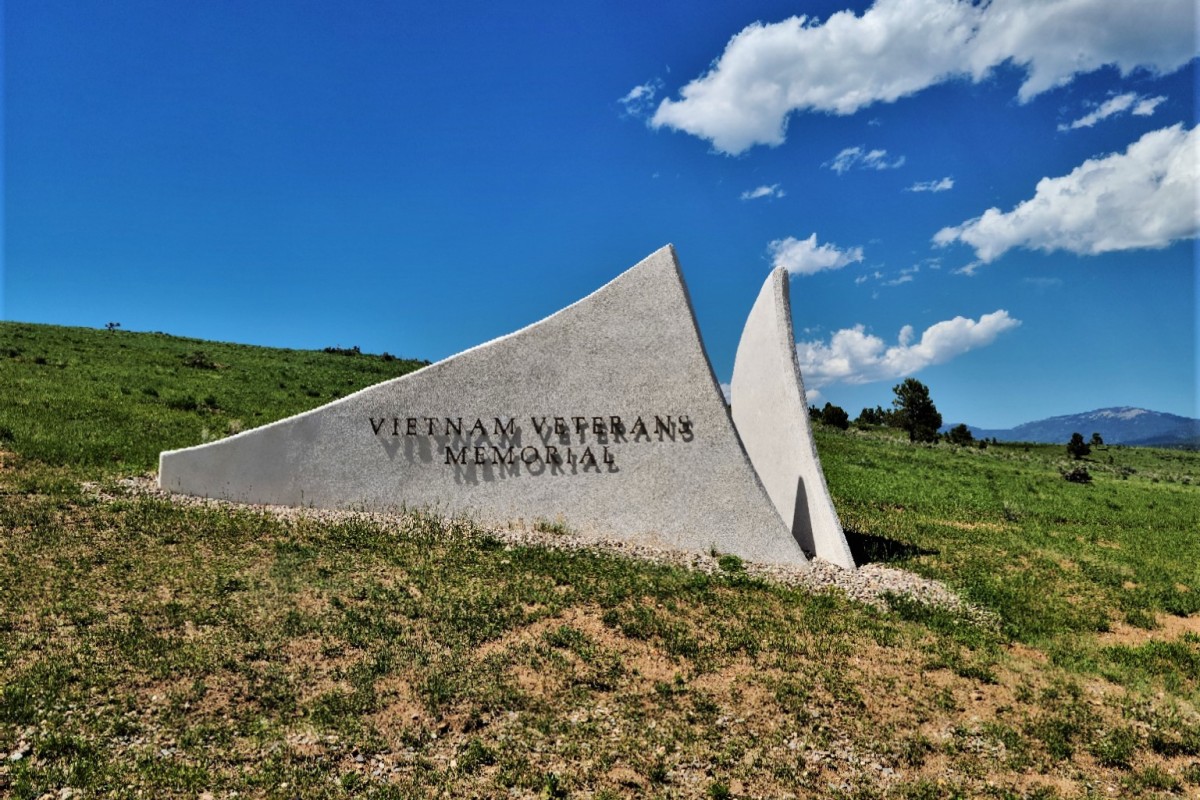 U.S. Marine Corps 1st Lieutenant Victor David Westphall III and 16 Bravo Company soldiers under his command lost their lives in an ambush at Con Thien (“Hill of Angels”), a combat base near the former Vietnamese Demilitarized Zone.

But Victor “Doc” Westphall shaped his grief differently than 58,000 other Gold Star families who were looking to find meaning in their child’s death from a senseless and unpopular war. He and his wife Jeanne would dedicate the rest of their lives working to fulfill their son’s legacy by honoring ALL victims of the Vietnam War.

When sons or daughters die in battle, parents are confronted with the choice of what they will do to honor the courage and sacrifice of that son or daughter. Following the death of our son, Victor David Westphall, on May 22, 1968, in Vietnam, we decided to build an enduring symbol of the tragedy and futility of war.

With $30,000 seed money from David’s life insurance payout and another $60,000 in savings, Doc commissioned Santa Fe architect, Ted Luna to design a chapel on his Moreno Valley hillside property off U.S. Highway 64 in Angel Fire, NM.

to commemorate the loss of his son.

The spartan, triangular-shaped chapel was intended as a non-denominational sanctuary, with the exception of a towering cross-like torchiere at the vortex.

But Westphall’s vision was running on fumes; he needed $20,000 per year in maintenance expenses, and donations were in short supply, especially after Maya Lin’s national memorial (the Wall) was dedicated in Washington D.C. on November 13, 1982.

Fortunately, the Disabled American Veterans organization committed to funding Doc’s memorial, and ownership was transferred to their foundation. The Disabled American Veterans charity tended “Doc’s” dream till 1998–building a much-needed Visitor Center into the hillside in 1986, and acquiring an additional 25 acres for a buffer zone before reverting ownership back to the David Westphall Veterans Foundation (DWVF).

In 1999, DWVF inherited a decommissioned Huey for the Vietnam Veterans Memorial grounds from the New Mexico Army National Guard, acknowledging the impact that the Huey had in Vietnam combat assault, resupply, and medivac missions.

After 17 years of ground service at the memorial, their Huey was lovingly restored…

and returned to its hallowed perch.

In 2007, a commemorative walkway was inaugurated for all U.S. veterans. The dates on the bricks-for-bucks signify the dates of service. Two stars denote the person was killed in action, and one star designates missing in action.

On July 1, 2017, management of the Memorial was transferred from the NM State Parks to NM Department of Veterans Services.

Doc Westphall died in 2003 at the age of 89, and his wife Jeanne died the following year. Both are buried at the memorial.

At the time–during the Vietnam War–I would have registered as a conscientious objector if necessary, as I had no taste for war. Lucky for me, I side-stepped conscription with a college deferment in 1970, and a high enough number (#181) in the Selective Service Lottery held on August 5, 1971. By then, Nixon had ordered phased withdrawals to coincide with Vietnamization. Consequently, fewer numbers were being called up to relieve the soldiers returning home, who received little fanfare and support from society at large.

Approximately 2.7 million men and women served in Vietnam over the course of 20 years without America ever realizing its objective–to thwart the spread of Communism in Southeast Asia.

So many young soldiers made the ultimate sacrifice to defend their country with honor, and so many paid the ultimate price with their lives. Moreover, far too many came back broken from their war experience. At the very least, we owe them all a debt of gratitude, and above all, our respect.

Thankfully, the Vietnam Veterans Peace and Brotherhood Chapel offers us a place to share our grief, heal old wounds, and bring us closer to awareness and acceptance of our past.

4 thoughts on “Wings of a Fallen Angel”