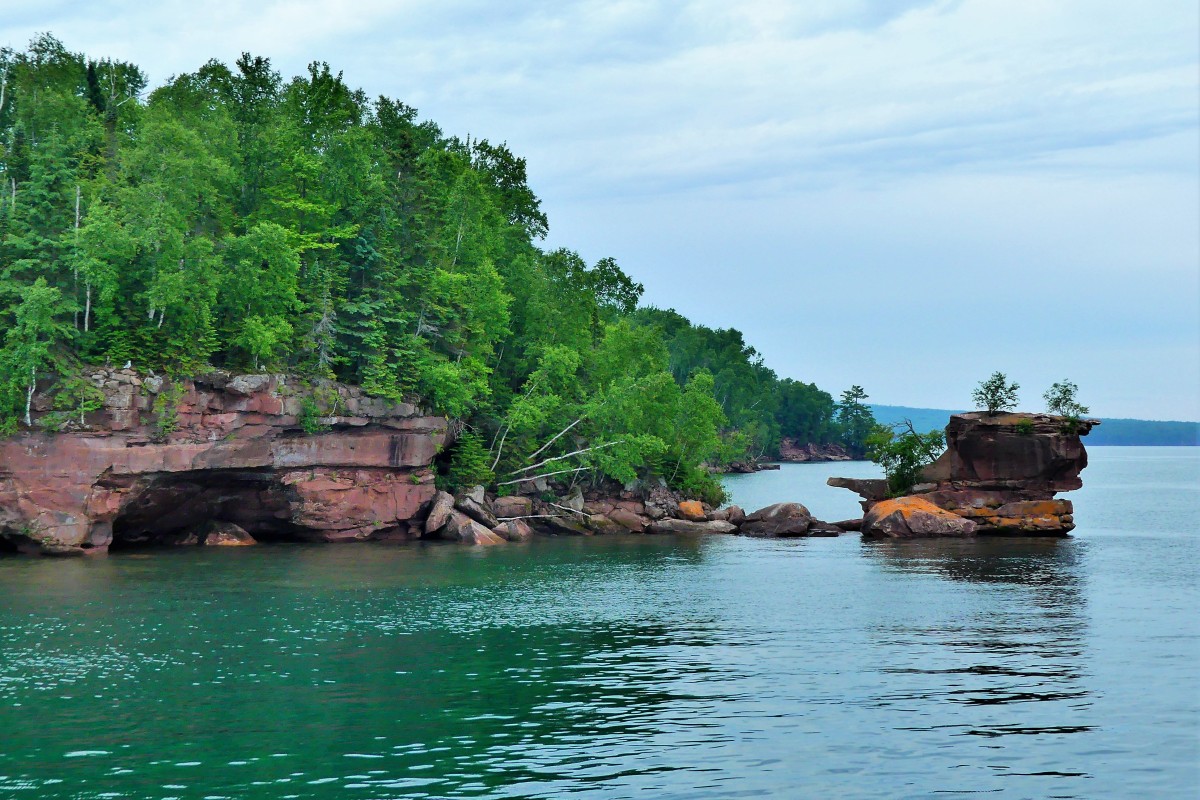 We arrived at Bayfield Harbor for a sunset cruise across Apostle Islands National Lakeshore. 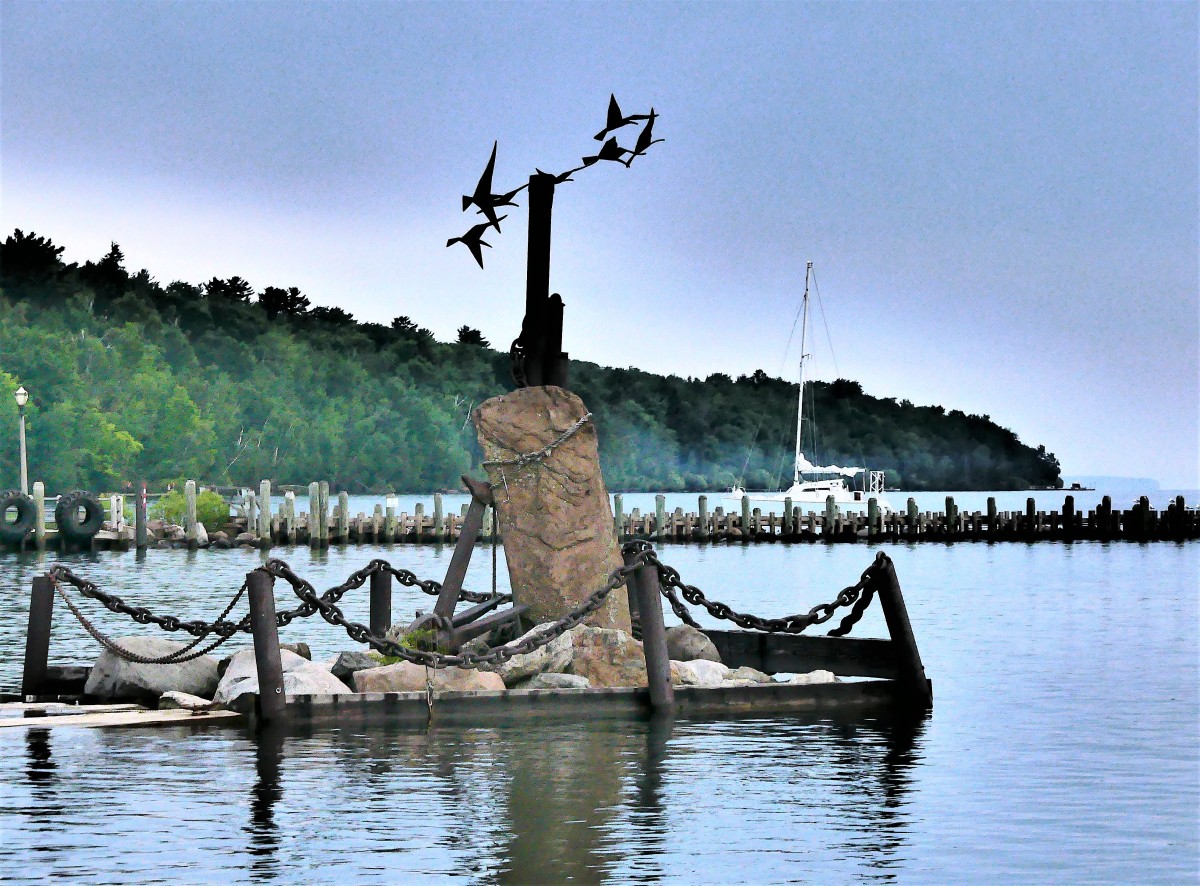 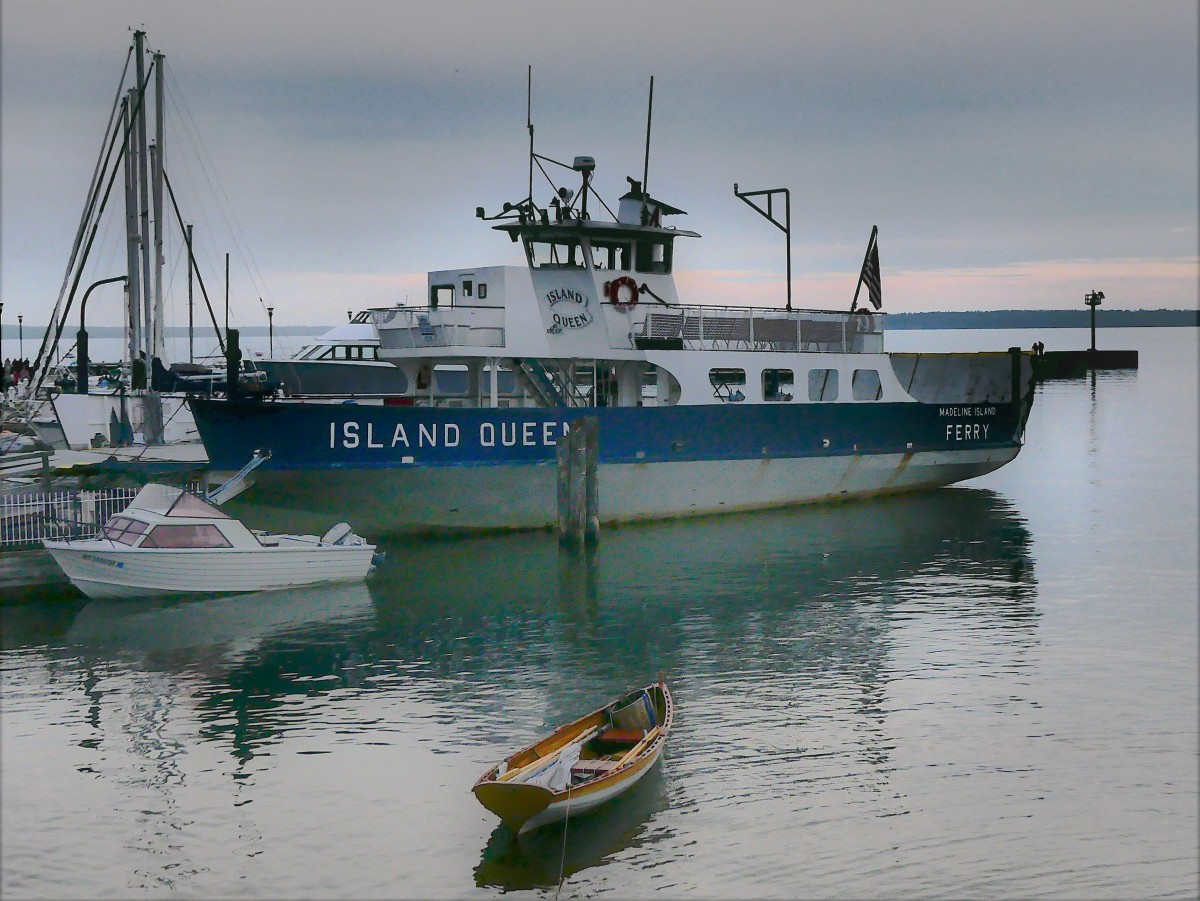 I had my doubts about a sunset, but at least the water was calm. We boarded the Archipelago, Apostle Island Cruises’ newest vessel–a 65-foot, 150-passenger catamaran, 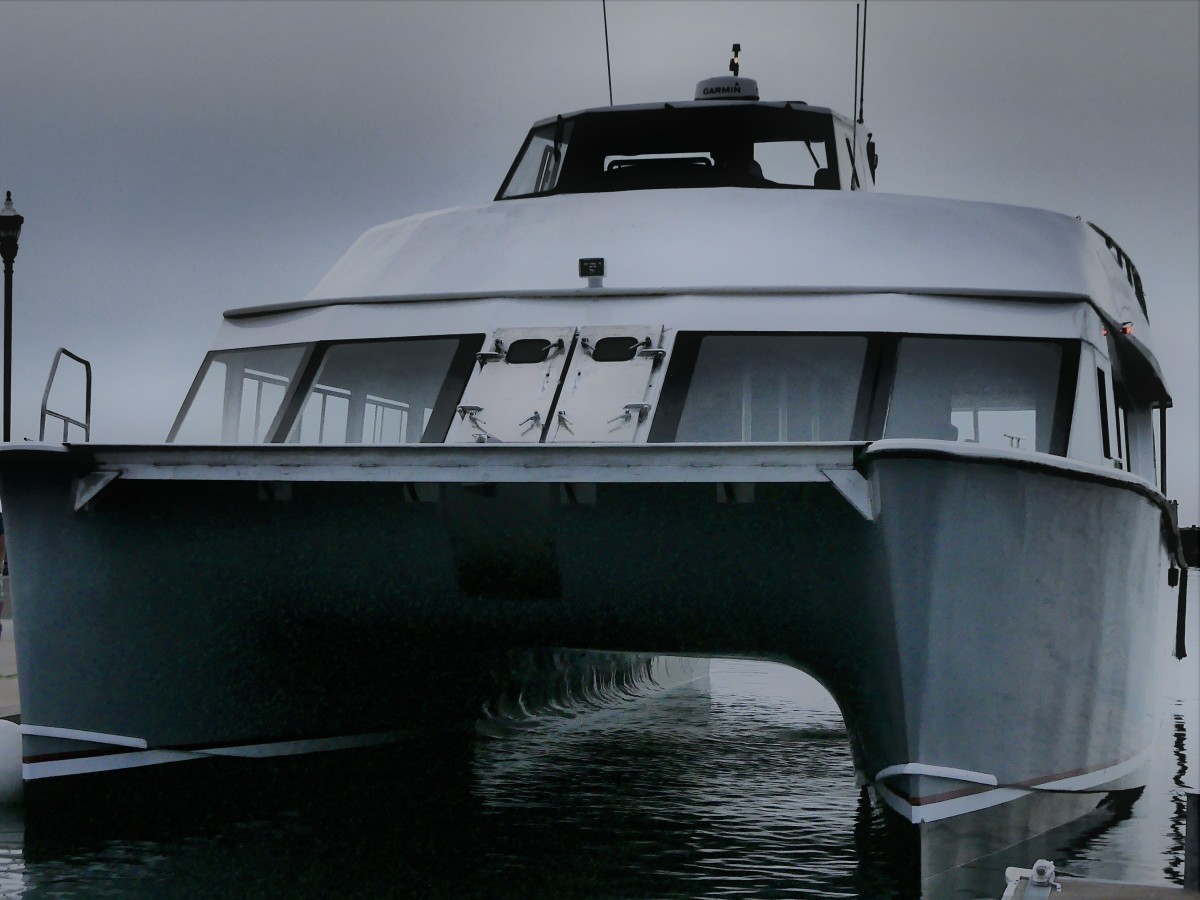 and soon got underway on our 2½ hour-cruise. 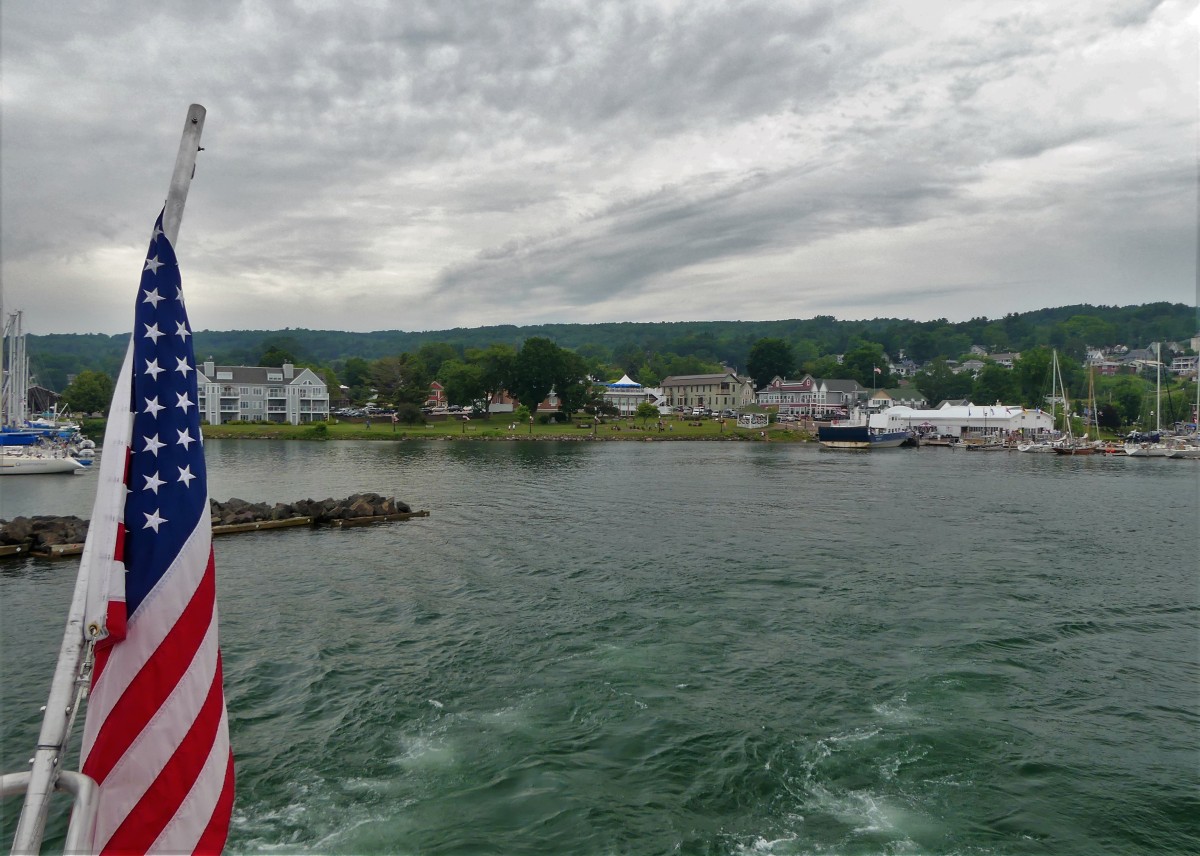 There are 22 Apostle Islands grouped within the archipelago, 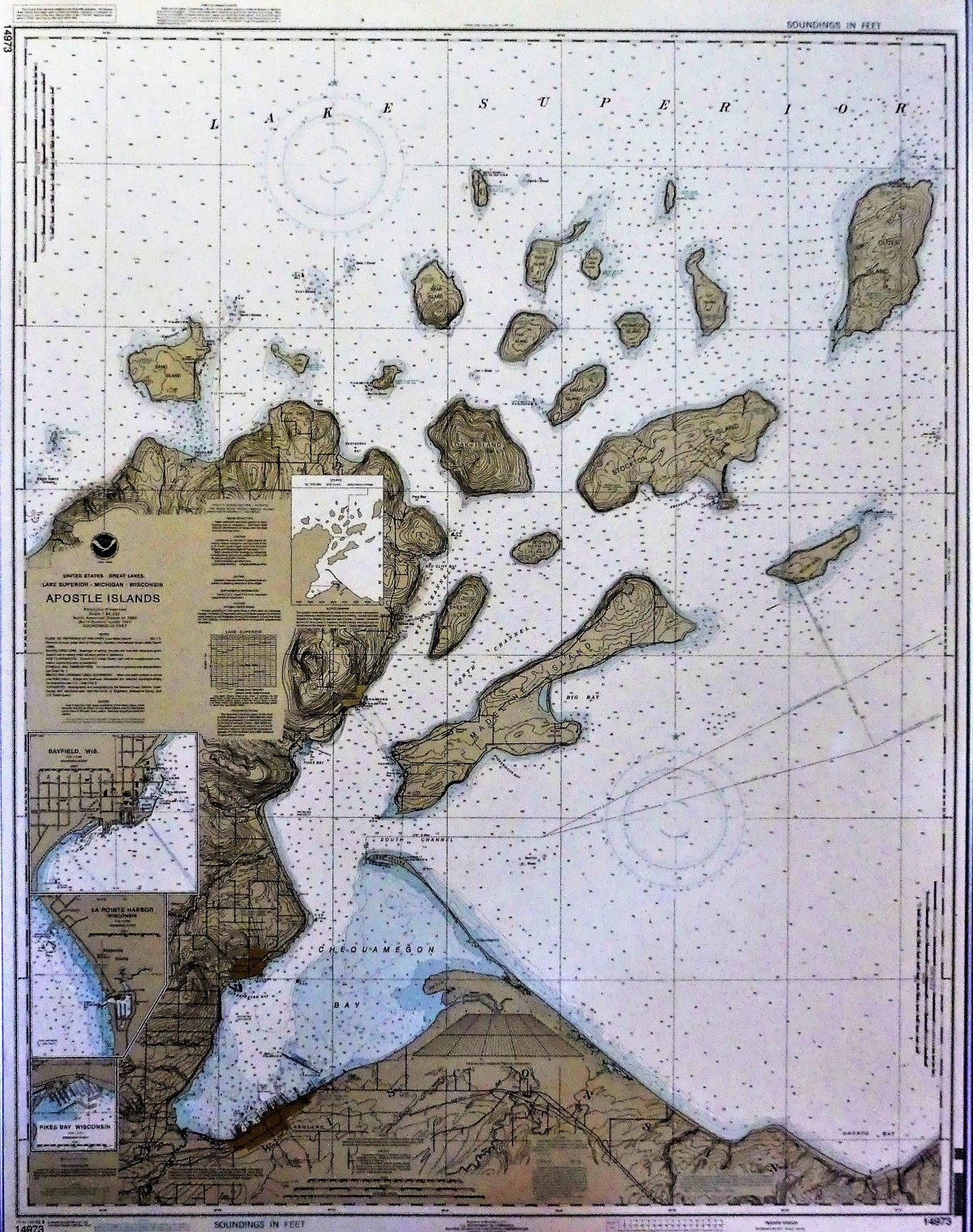 and according to Captain Mike, we would be running by half of them on the way to Devils Island, the furthest outpost and the geological jewel of the Apostle Islands archipelago.

Just starting out, we passed Basswood Island, the site of Bass Island Brownstone Company Quarry, operational from 1868 to 1893. The bulk of the cut stone was shipped across the Great Lakes, destined for Chicago residences, but the stone stacked by the shoreline never made it off the island. It’s a reminder of a time when buildings seldom exceeded seven stories. 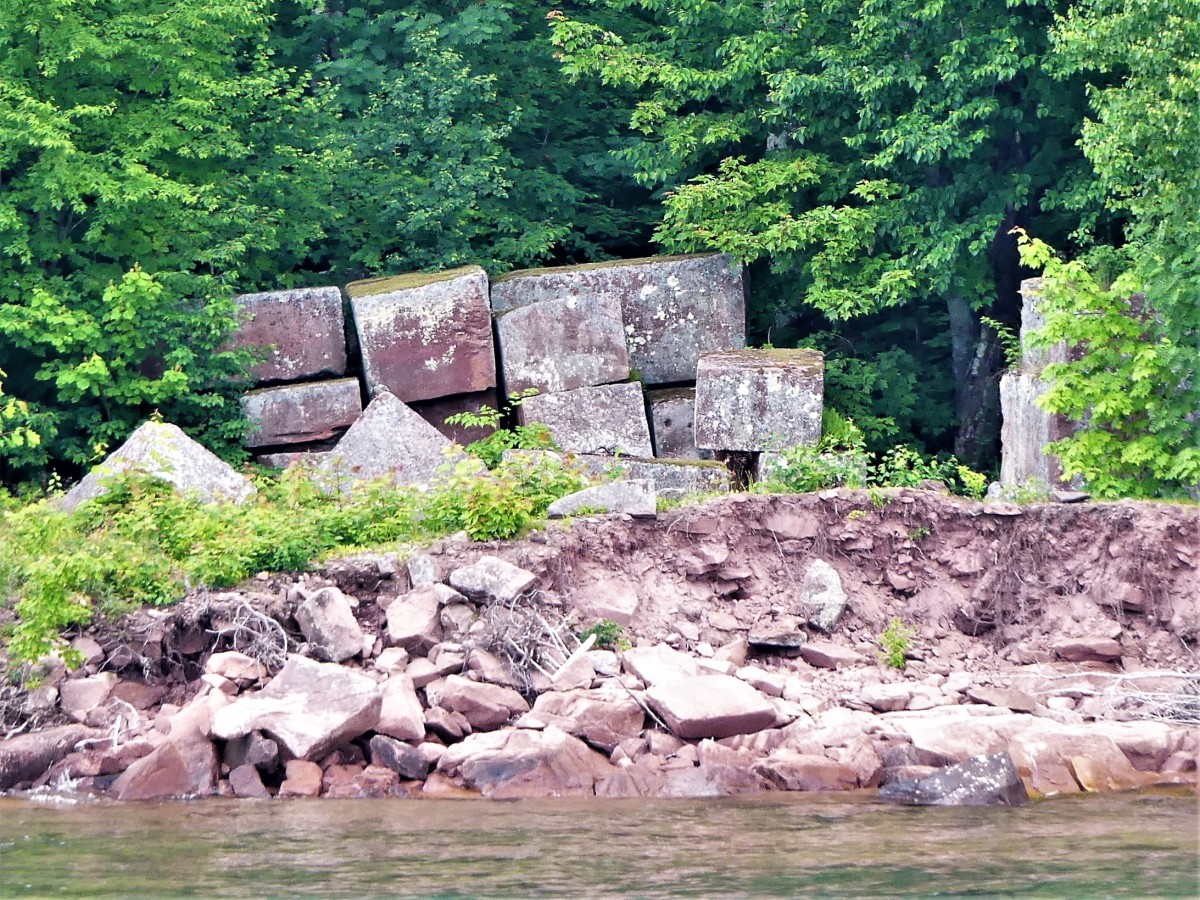 The quarry company went bankrupt after demand for brownstone was replaced by concrete and steel.

Continuing along, a pair of eagles nesting high in the pines was an unexpected thrill. Last year, 20 eagles were counted within park territory. This year the count has risen to 42. 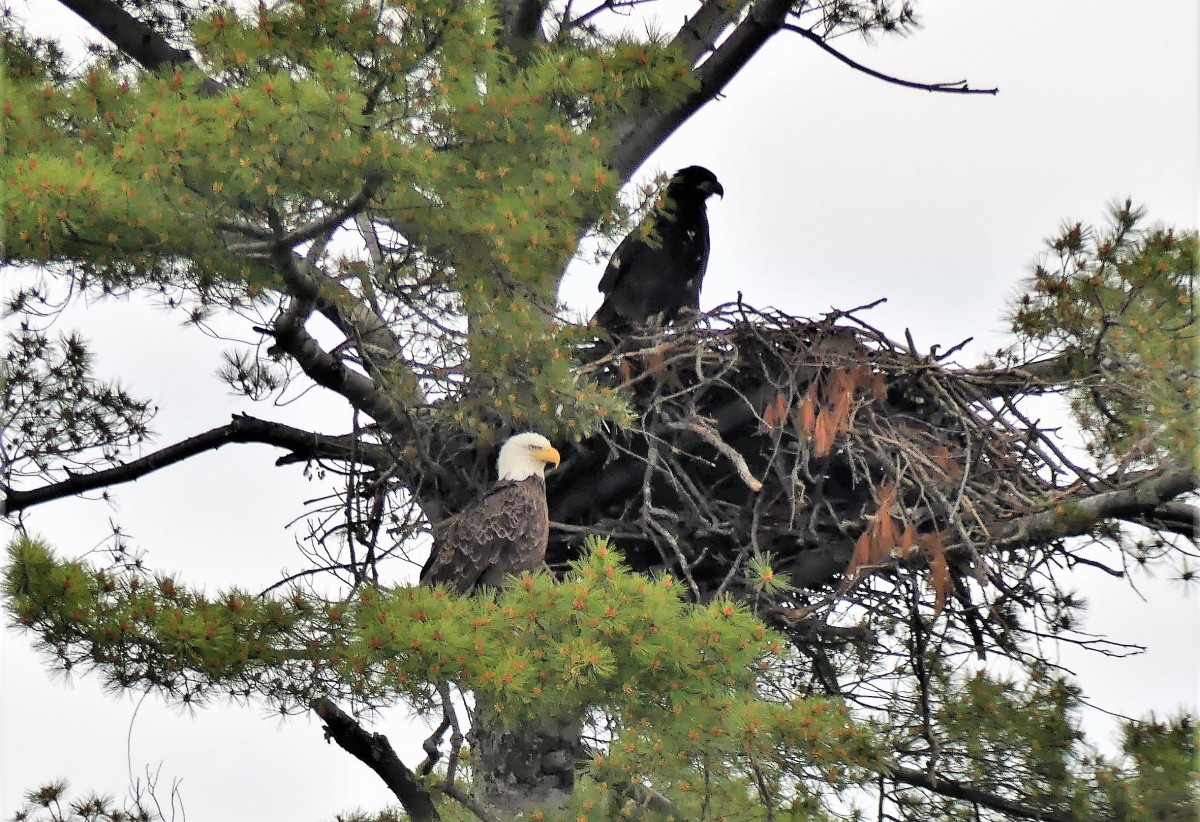 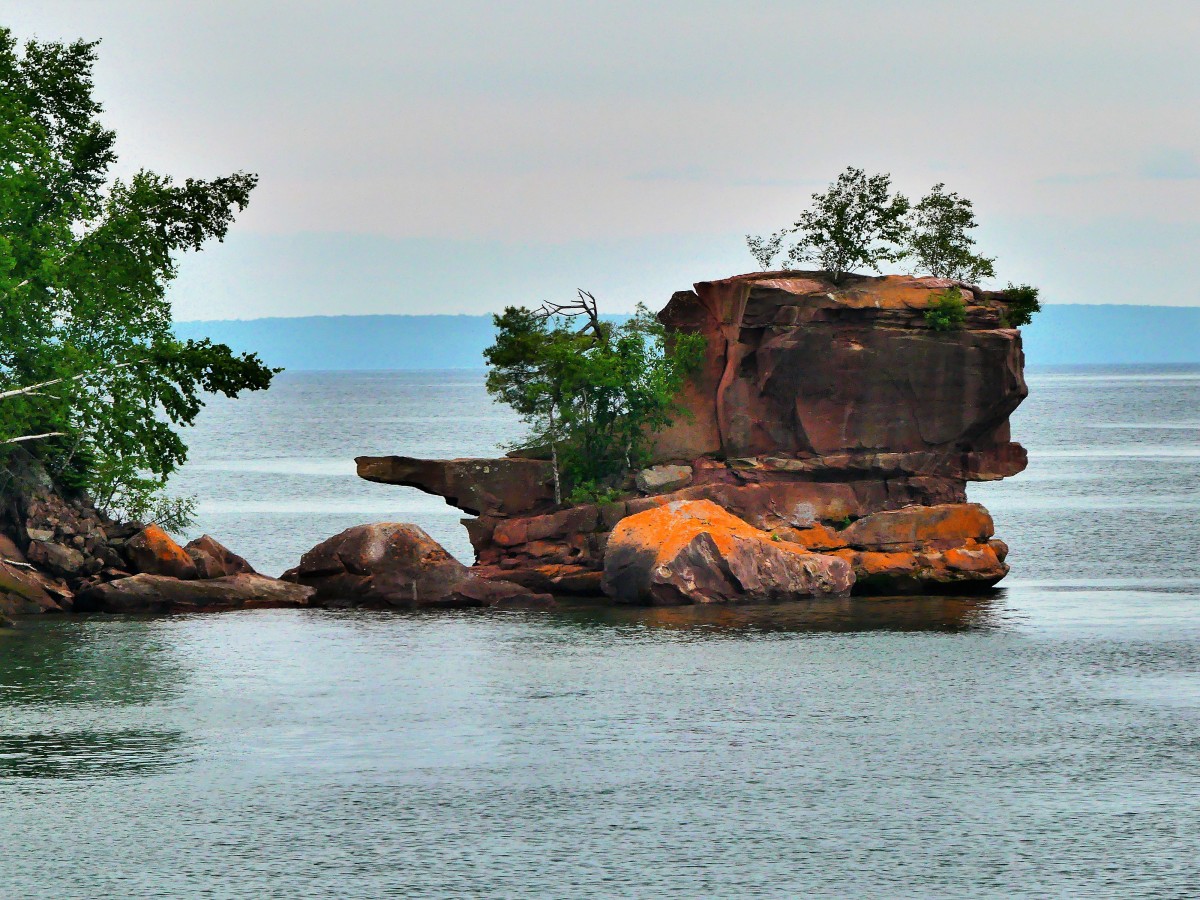 One of the greatest concentrations of black bears in North America is found on Stockton Island. Sadly, we found only trees and a rocky shoal. 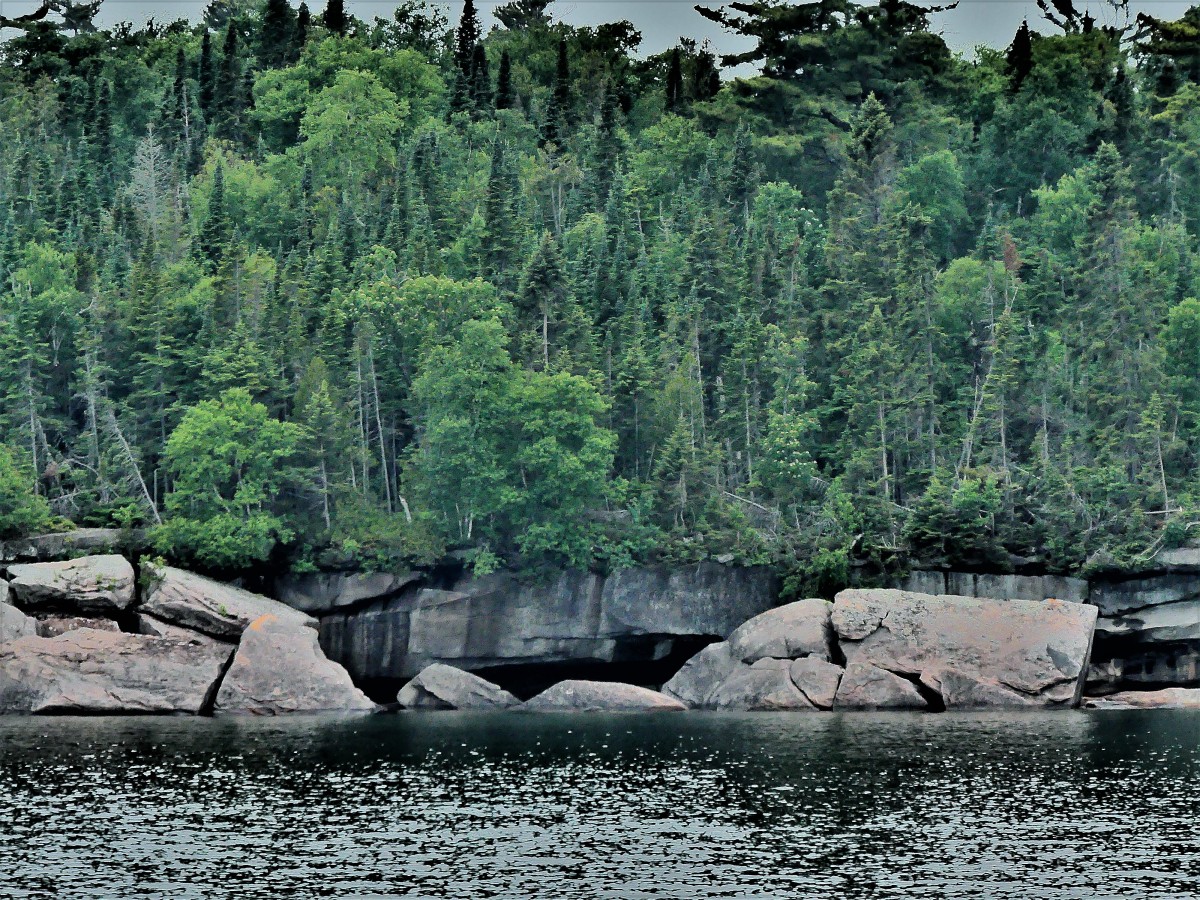 When passing Manitou Island, we were lectured by Captain Mike about several of the fishing camps that originated in the late 1800’s.

Cabins and sheds are still standing at the southwest corner of the island. 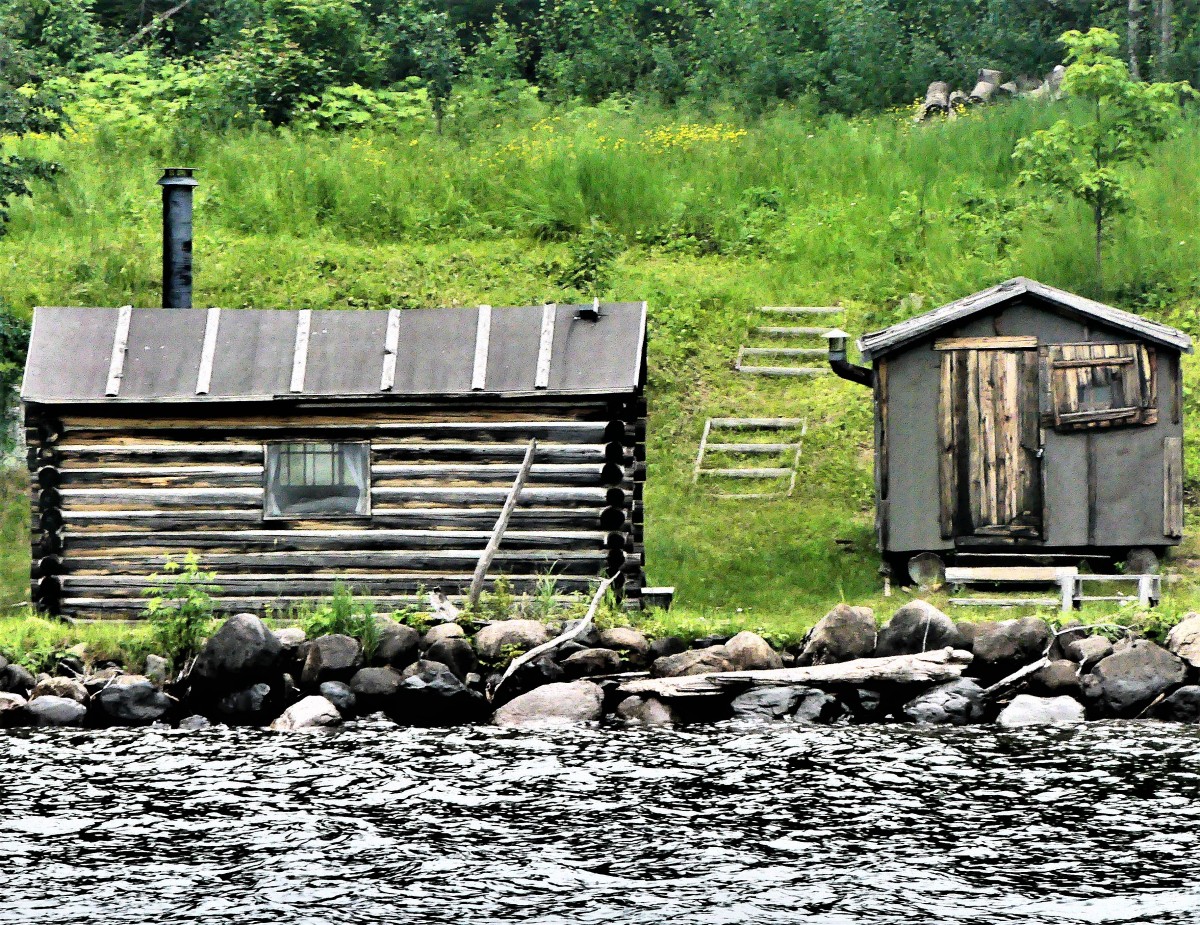 After cruising through the channel for a half-hour, we arrived at Devils Island, the northernmost point of land in Wisconsin, and notable for the sea caves which undercut the shoreline. 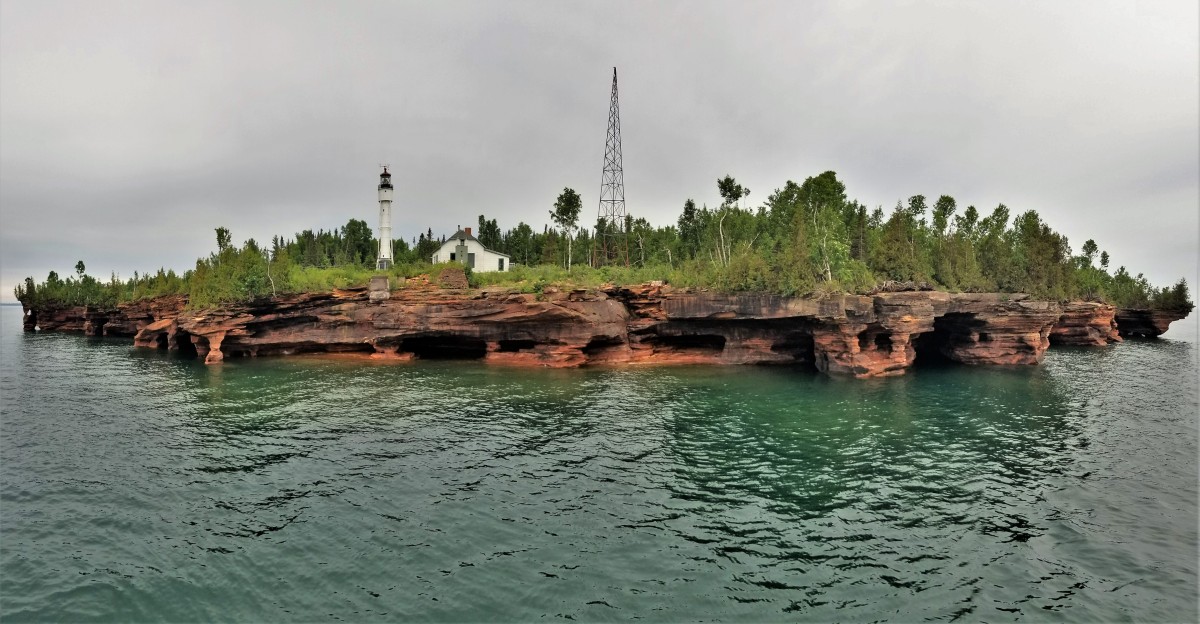 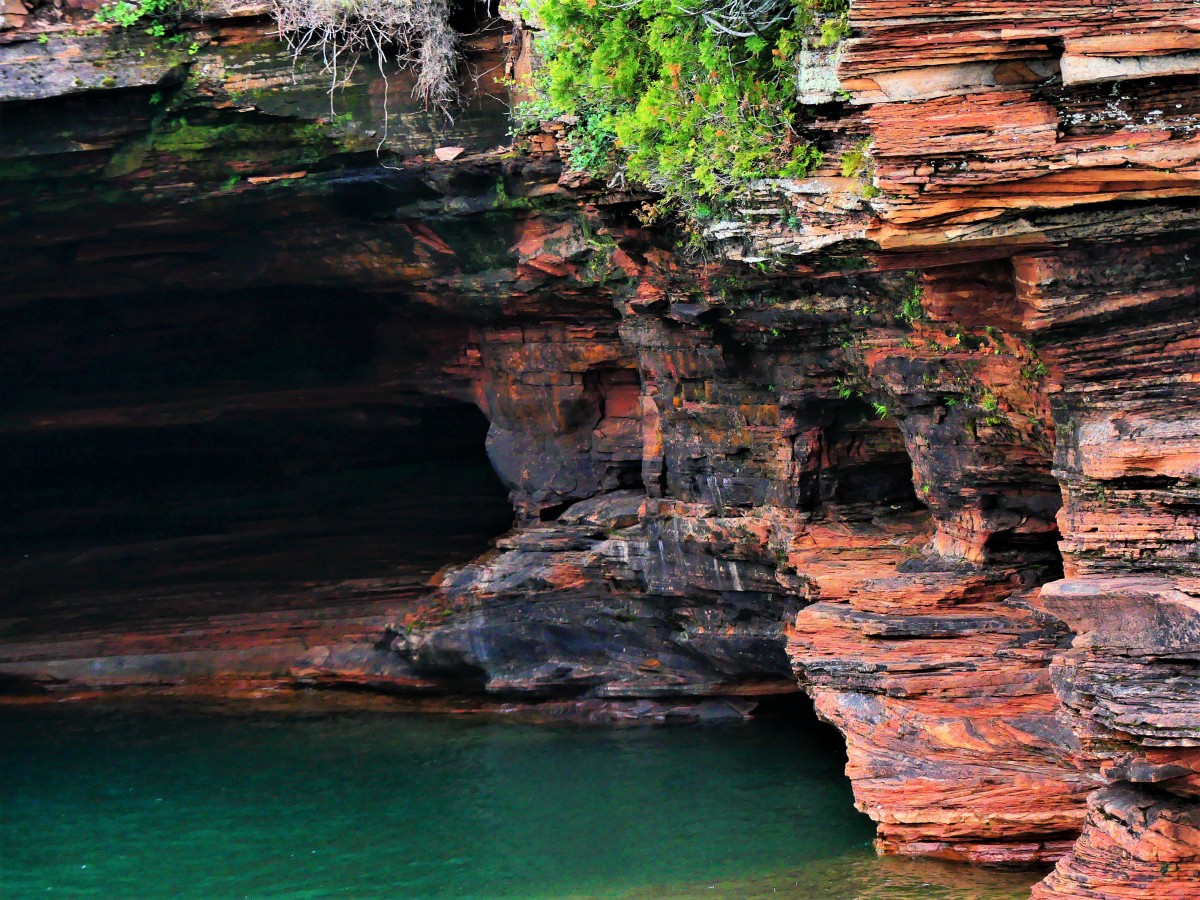 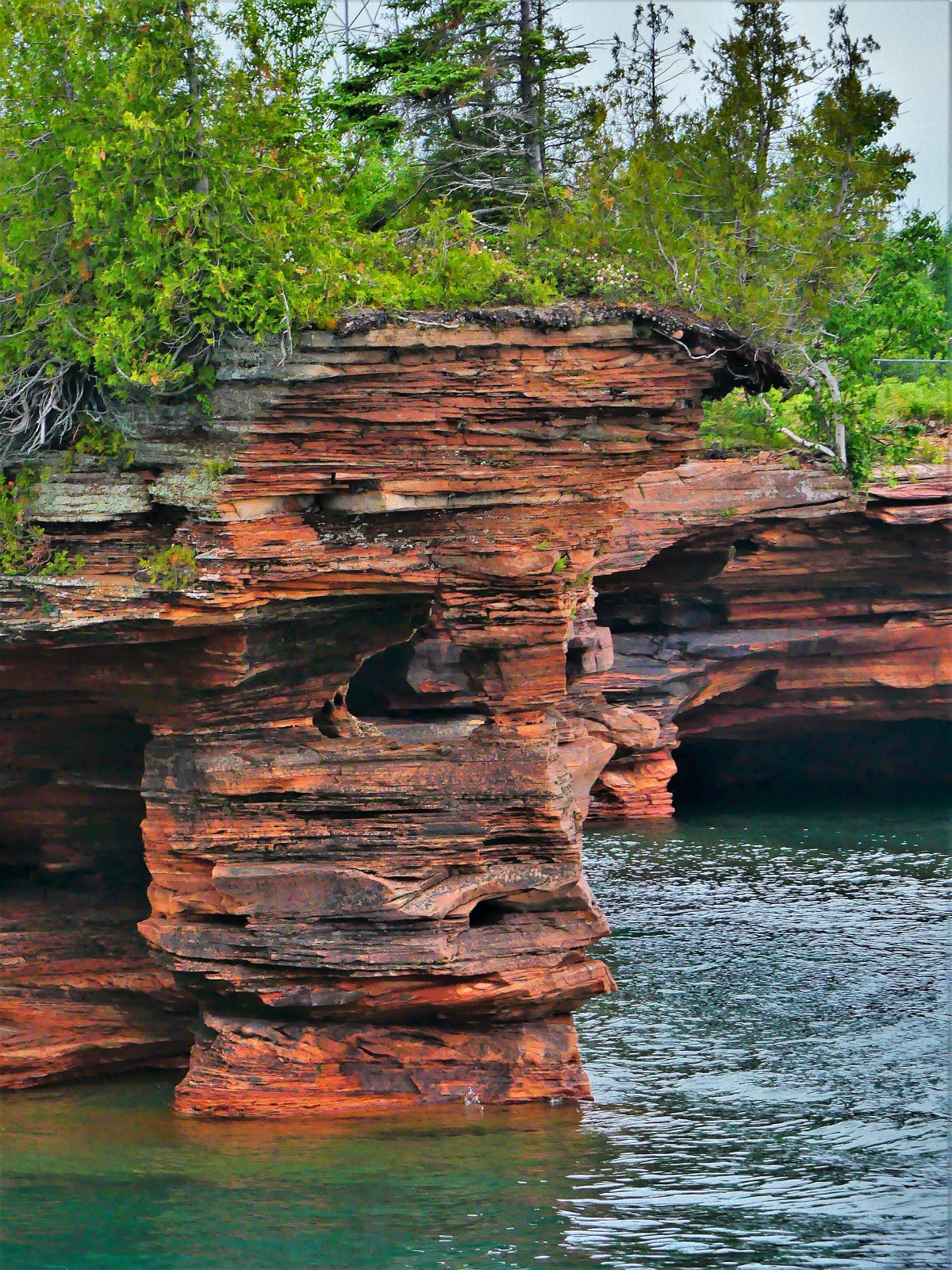 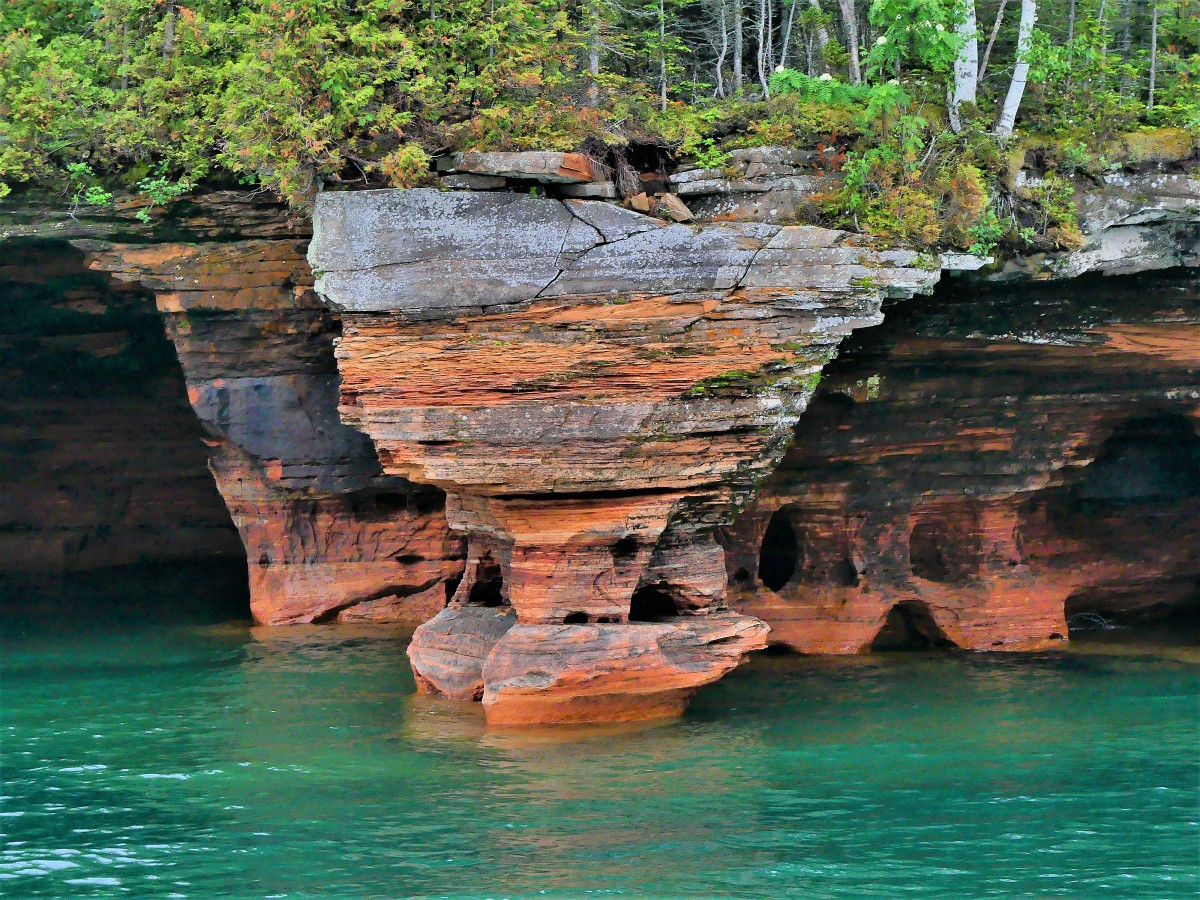 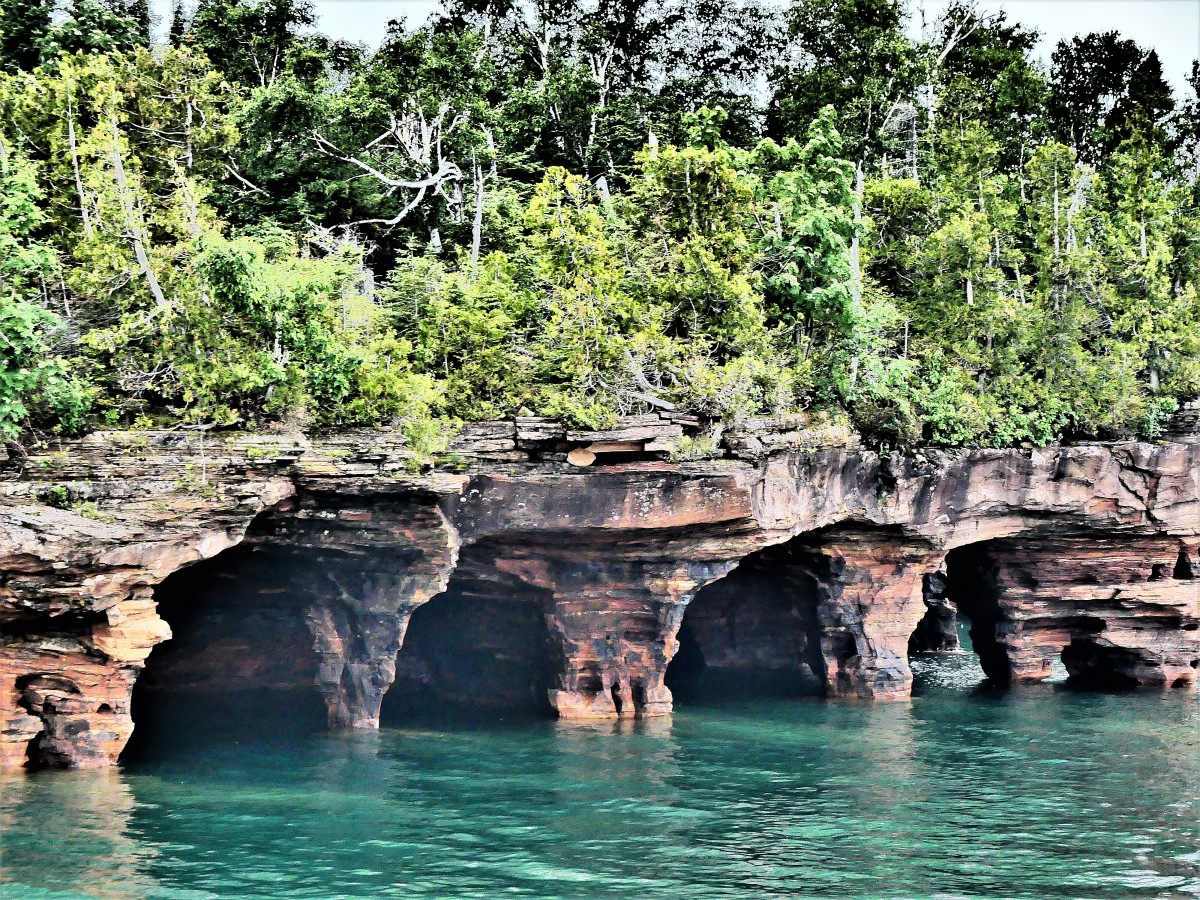 While the overcast skies precluded any possibility of brightening the scenery, the balanced light offered views into the caves that otherwise would have been defeated by sunlight and resultant higher contrast. 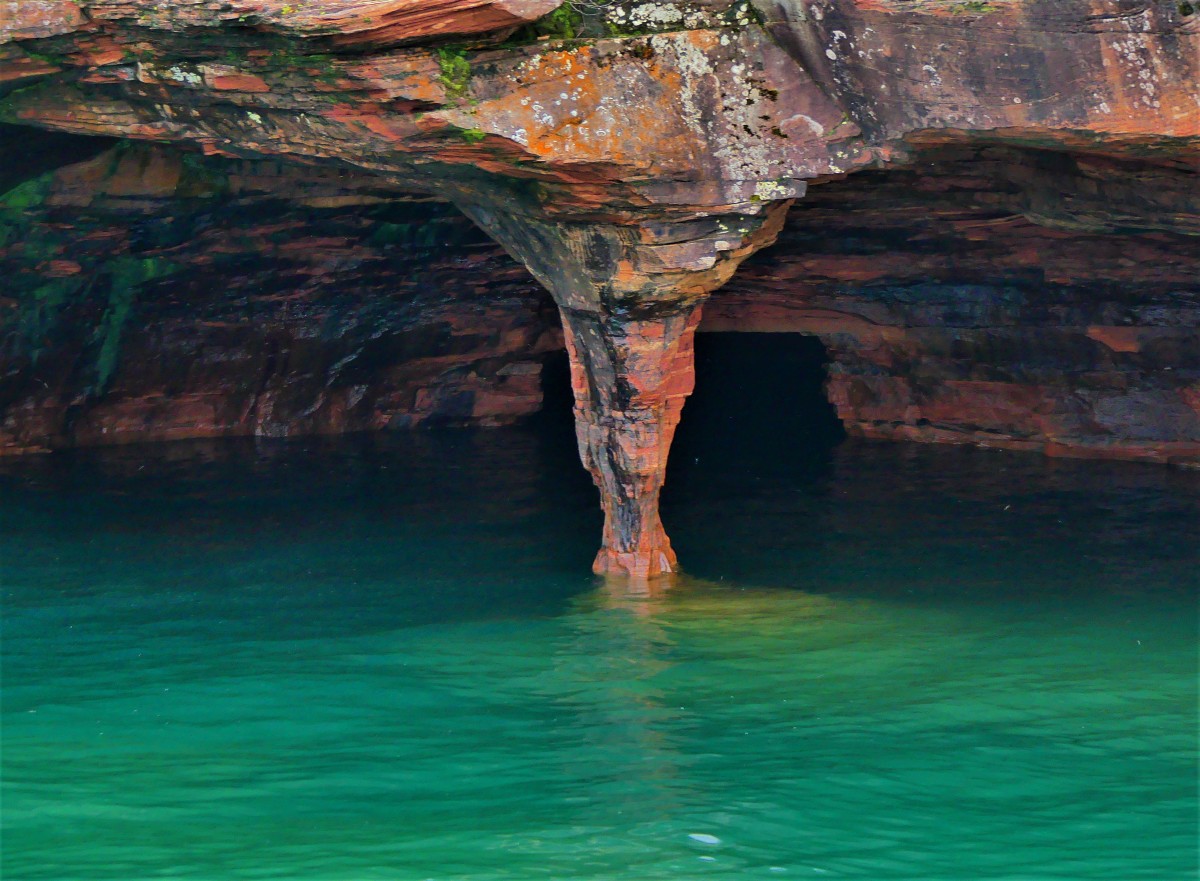 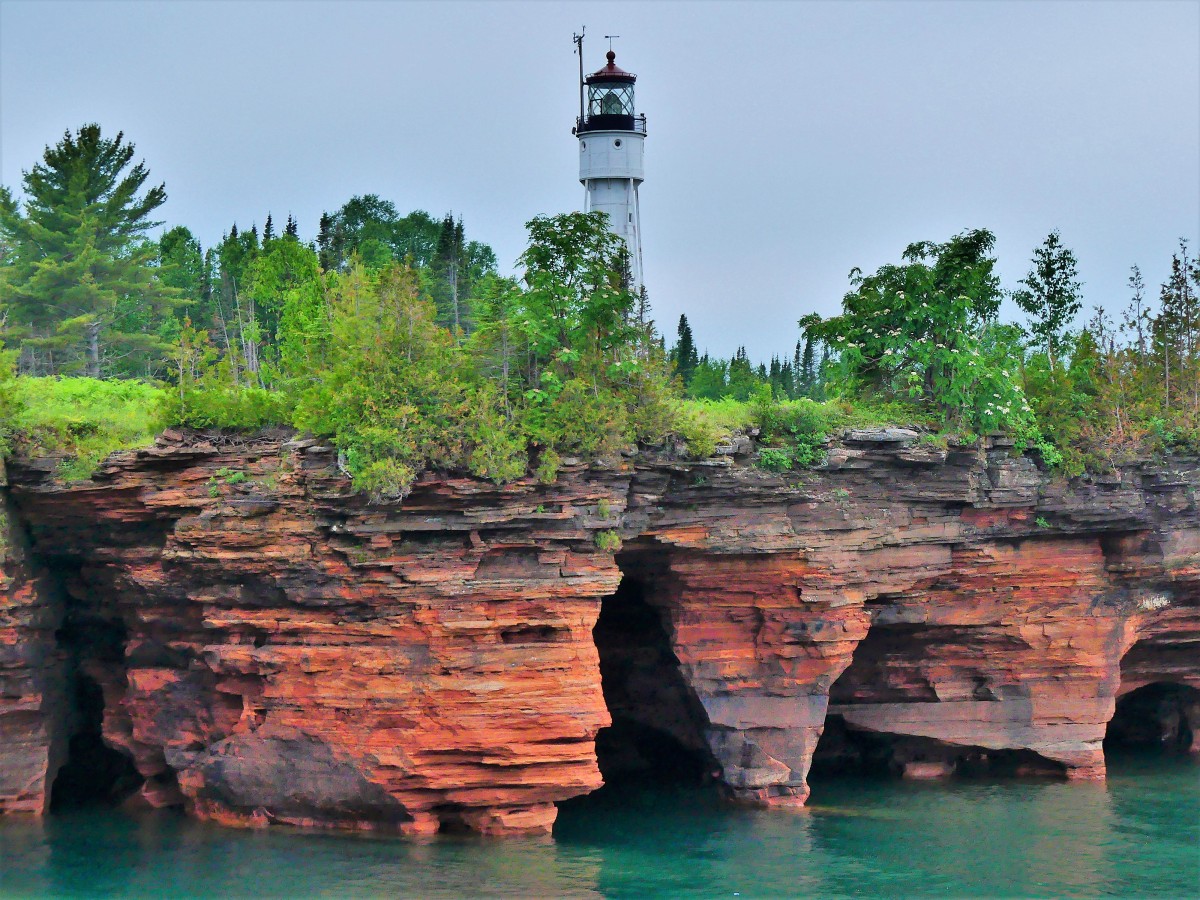 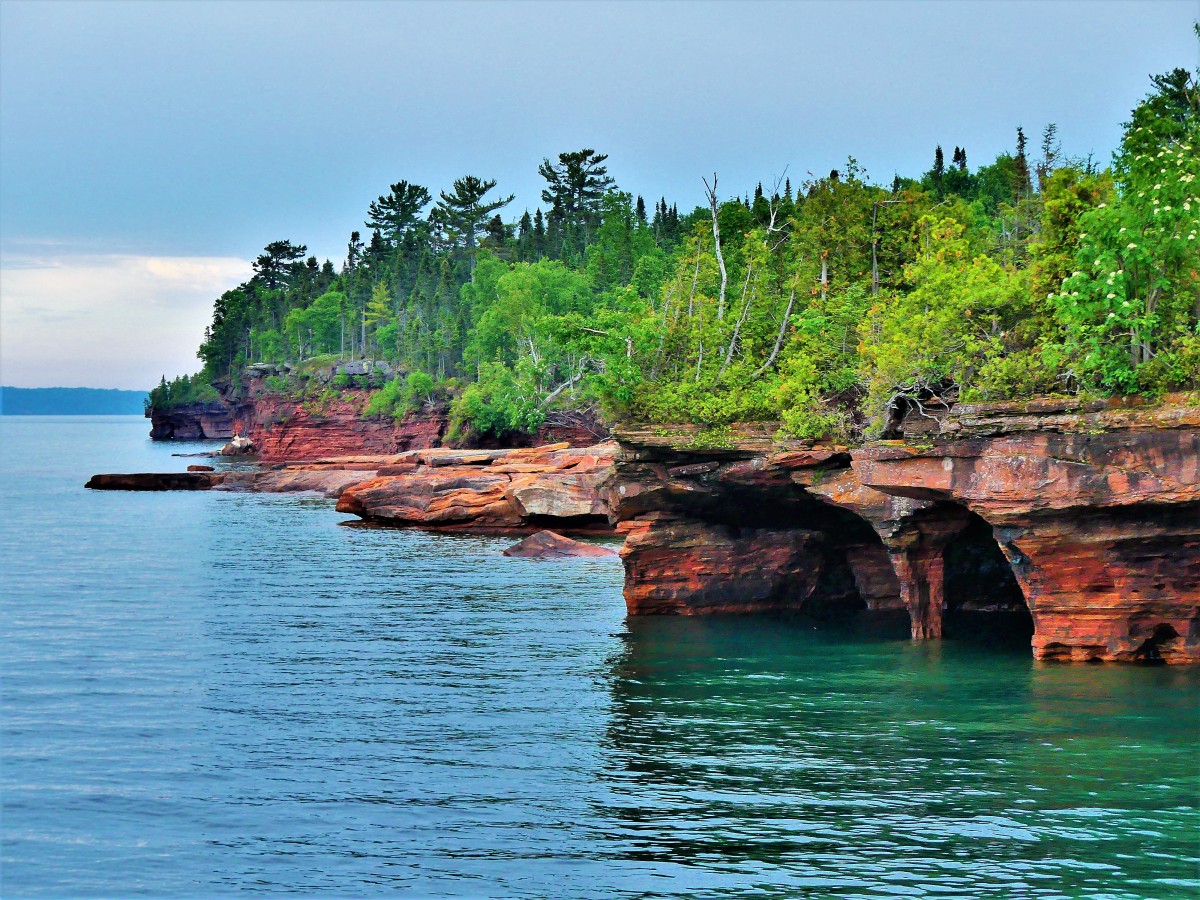 Captain Mike promised one last photo opportunity before returning the Archipelago to Bayfield Harbor. He was referring to Raspberry Island’s lighthouse, once known as the Showplace of the Apostle Islands. 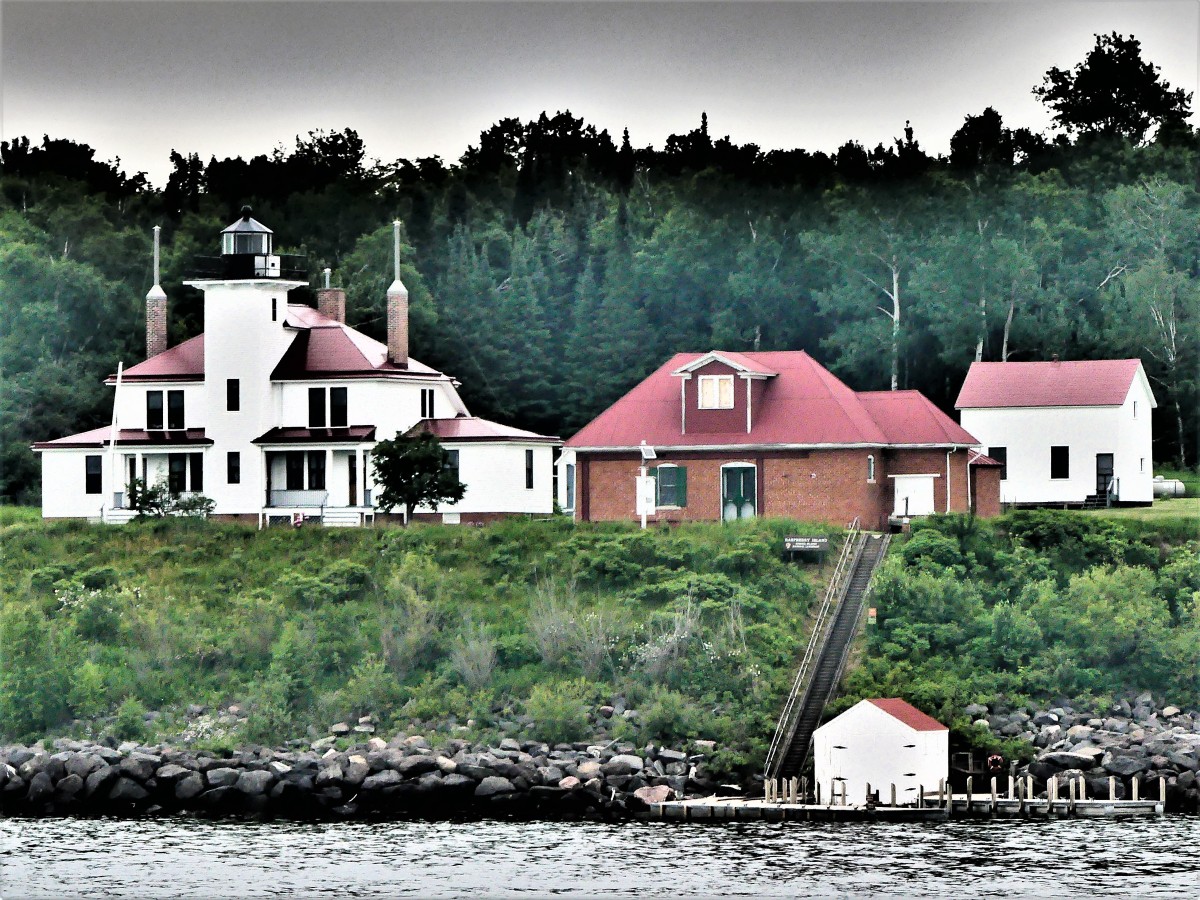 As we trolled along the stone wall, we were greeted by the lightkeeper. 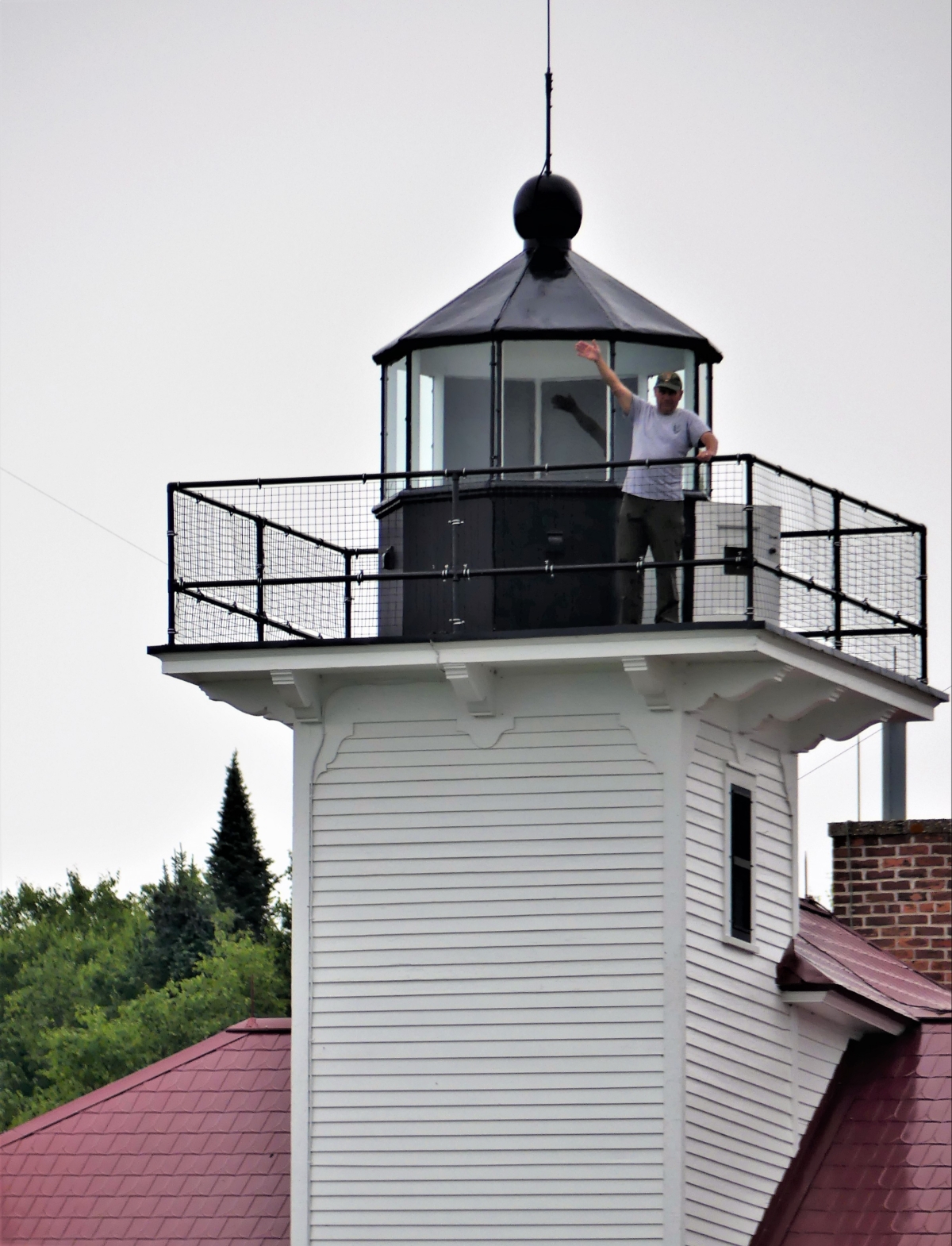 The National Park Service completed renovations of the 1906 structure in 2006. 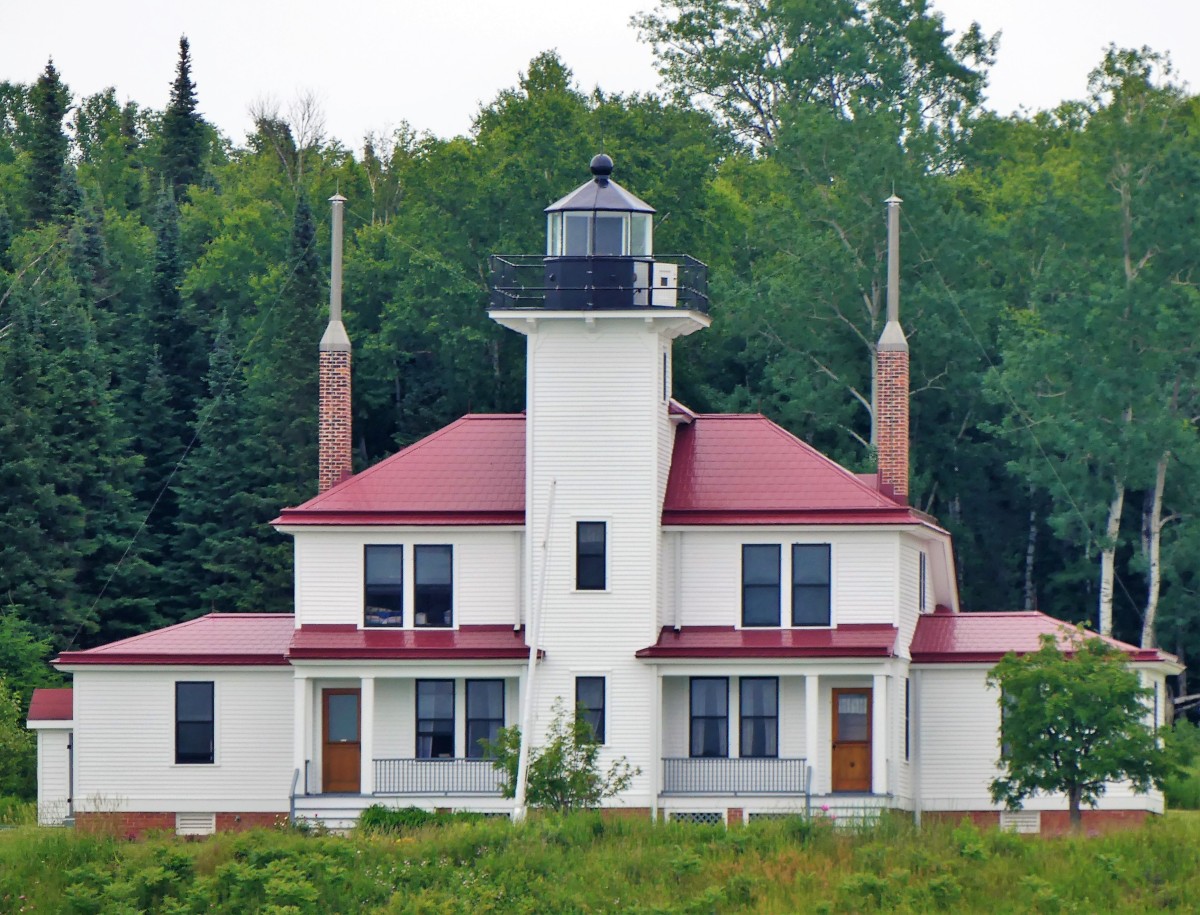 On the return trip, Captain Mike asked passengers if they knew the origin story of Apostle Islands’ name. A few volunteers tossed out some theories. One guest suggested that there was something religious about the naming. Another guest offered that the area was first mapped by the Jesuits, so that explains why they gave it a holy name.

I thought the insight was interesting but unreliable, since there were 12 Apostles, for 22 islands. Could it be that the Jesuits had been drinking too much Lake Superior moonshine and seeing double?

But photographing Devil’s Island sea caves was a fleeting, yet near-religious experience… with ironic overtones.