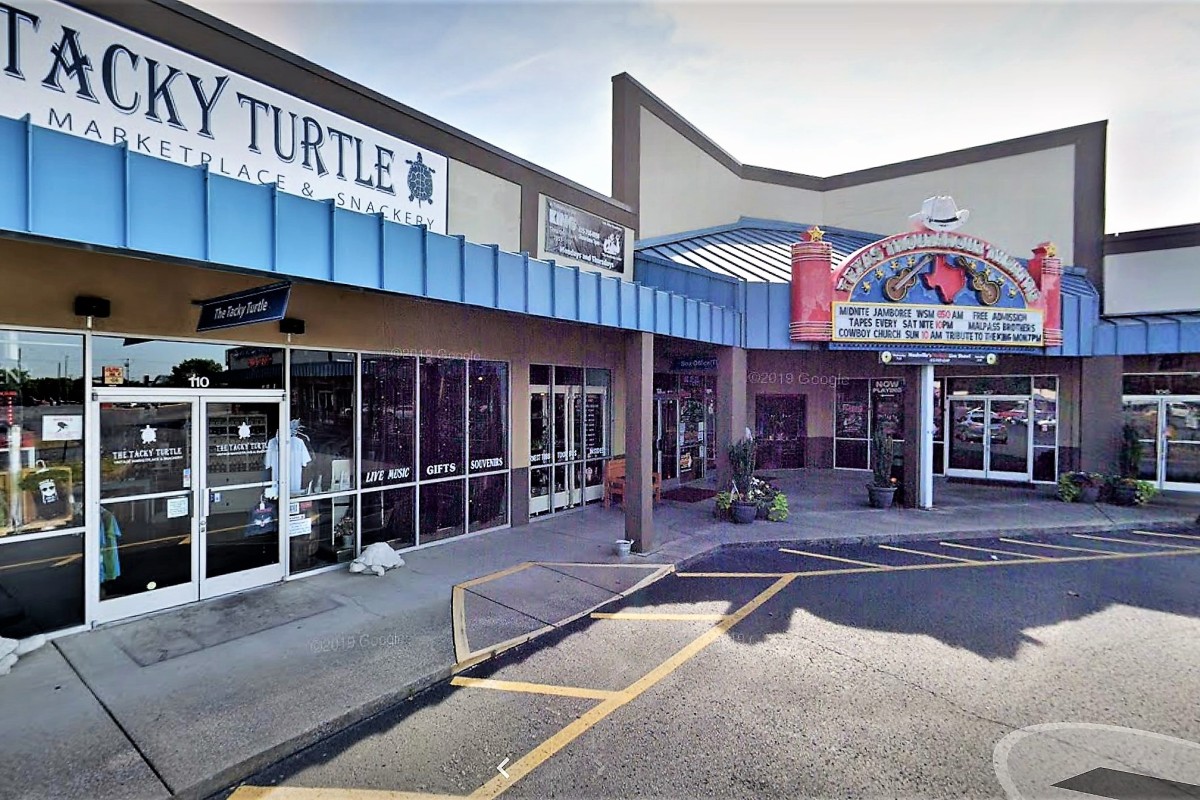 Minutes from Ryman Auditorium stands Ernest Tubbs Record Store, the nation’s first all-country record store located in downtown Nashville, welcoming visitors from around the world for the past 74 years.

But getting there always takes longer than it should because of all the distractions along the way:

The first thing I see is a white-painted edifice with lyrics penned by Peter La Farge and performed by Johnny Cash.

It’s intended as a grim reminder of broken promises to Native Americans.

Continuing on foot, there’s bound to be a bridal party featuring a Bridezilla…

or a homeless prophet…

and a bunch of battered, drunken drivers…

or an overheated zealot…

and a mad hatter…

until you get to Ernest Dale Tubb, an influential honky-tonk singer-songwriter, Grand Ole Opry star, movie actor, and member of the Country Music Hall of Fame who began a record store in 1947.

And this is his testament.

The Midnight Jamboree hit the stage the following year, featuring Ernest Tubb and the Texas Troubadours...

and a slew of cowboys and up and comers shooting for the stars.

And that helped to sell a lot of records. It was a beneficial arrangement for everyone.

Ernest could also promote his famous bus tour. In 1970, Mr. Tubb purchased a 1964 Silver Eagle from Trailways Bus Company and dubbed it the Green Hornet.

For the next nine years, Ernest Tubb and the Texas Troubadours logged over 3 millions miles on the Green Hornet, hitting all 48 States and Canada.

The coach accommodations included sleeping berths and a bathroom behind the wall,

while Mr. Tubb lived in the rear of the coach with a television mounted in the wall above his feet.

The middle compartment was equipped with a coffee bar and a sound system that ran the length of the corridor.

Mr. Tubb retired the bus in 1979 and donated it to the Ernest Tubb Record Shop for public viewing. In 1995, it was restored to its original state and was put on permanent display in what is now the Tacky Turtle, an exotic gift shop of tchotchkes and folk art.

Leah and I went looking for it, initially unaware that it is just minutes from our RV campground.

We fed the coordinates to Jennifer and she directed us to a local strip mall featuring the Texas Troubadour Theater at the vortex of two legs, but it took two circles around the parking lot until I realized that the bus was hiding in plain site inside the gift shop. In fact, the mall was built as an enclosure around the bus!

We walked away enlightened, but disappointed having not heard a note, except the blare of mixed music bleeding from the Nashville bars.

But to our surprise, upon returning to the campground, we discovered a poolside concert by Tim Atwood, an 8,500-performance veteran of the Grand Ole Opry (old and new)…

with Jeannie Seeley in attendance to celebrate Tim’s 65th birthday.

Could it be, we finally beat the Grand Ole Opry curse? In the immortal words of Ernest Tubb, “That’s all she wrote.”