Leah and I eagerly anticipated our arrival to Tromsø. For one, we were bored of cruising, having spent two consecutive days at sea after missing the port of Bodø because of high winds and rough seas (see Order of the Blue Nose).

But Tromsø, for us, provided the needed adrenelin rush to jumpstart our Norway adventure. Now that we finally arrived at the Gateway to the Arctic, we could participate in many of the off-the-ship excursions within our reach, like snowmobiling through white-carpeted mountain passes, and searching for the Northern Lights.

The Viking Star gently glided past Polaria’s domino-stacked building as Captain Nilsen steered us through the harbor on our way to docking. 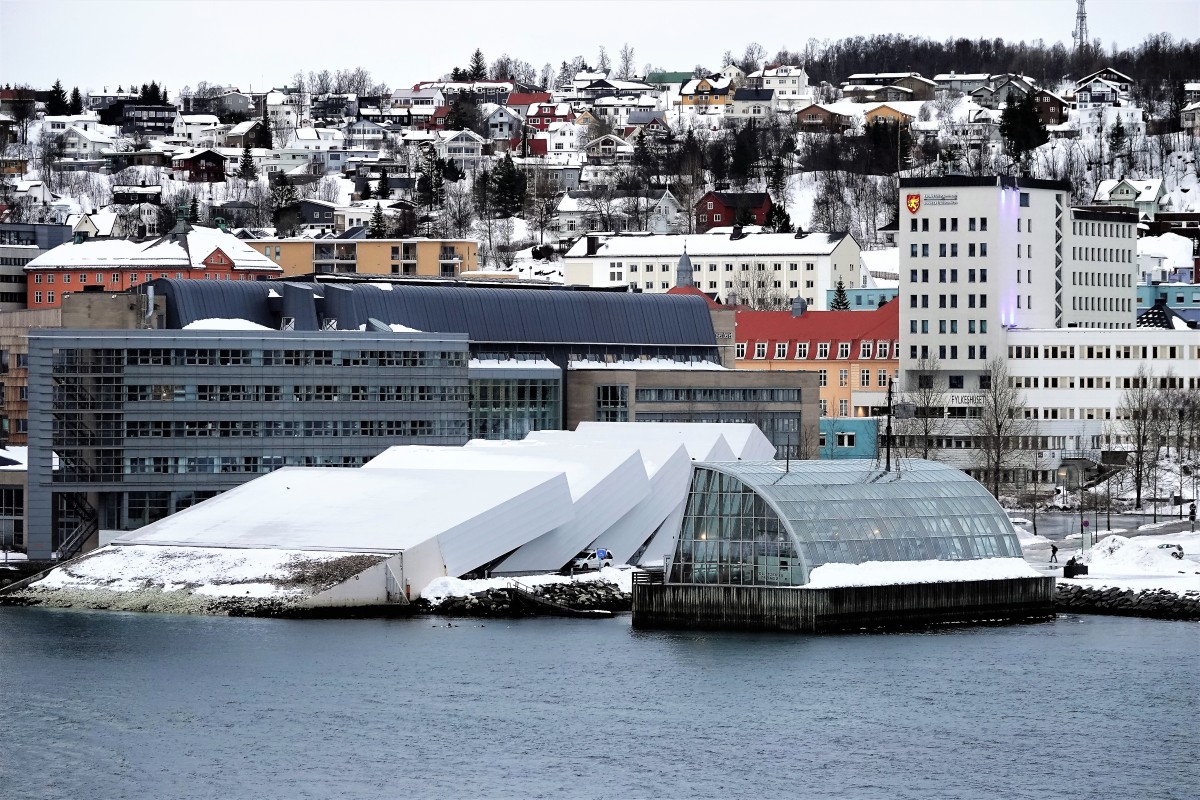 While waiting for the local authorities to clear our vessel, I had an opportunity to photograph our new surroundings from our stateroom veranda, looking from stem…

But one building that piqued my interest sat off the port side of the ship, nestled in the snowy foothills of Tromsø Sound–the Arctic Cathedral. Absolutely stunning! 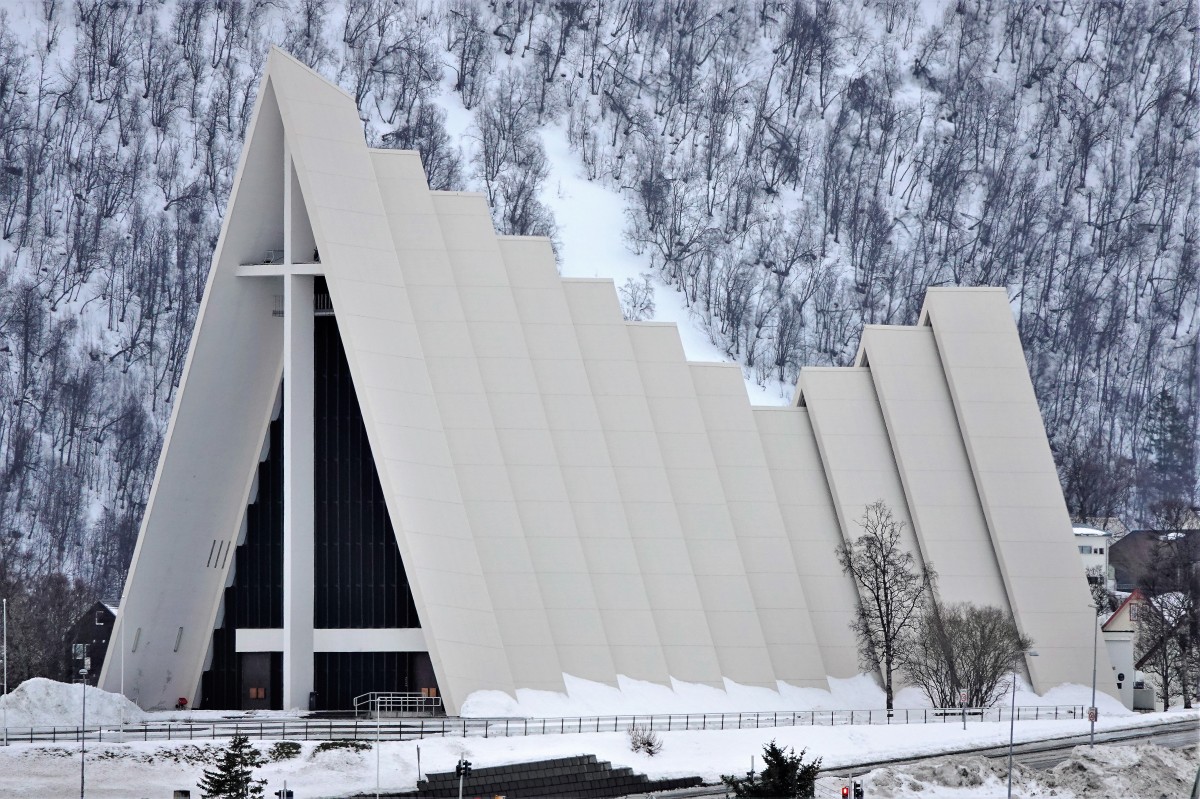 Strikingly modern, the church was designed by architect Jan Inge Hovig and built in 1965. It’s roof structure was formed by concrete sheathed in aluminum panels,

as opposed to Tromsø’s other landmark church, the Tromsø Cathedral. Located in the center of town on the spot of Tromsø’s first church built in 1252, this cathedral was finished in 1861, and remains Norway’s only cathedral made of wood. 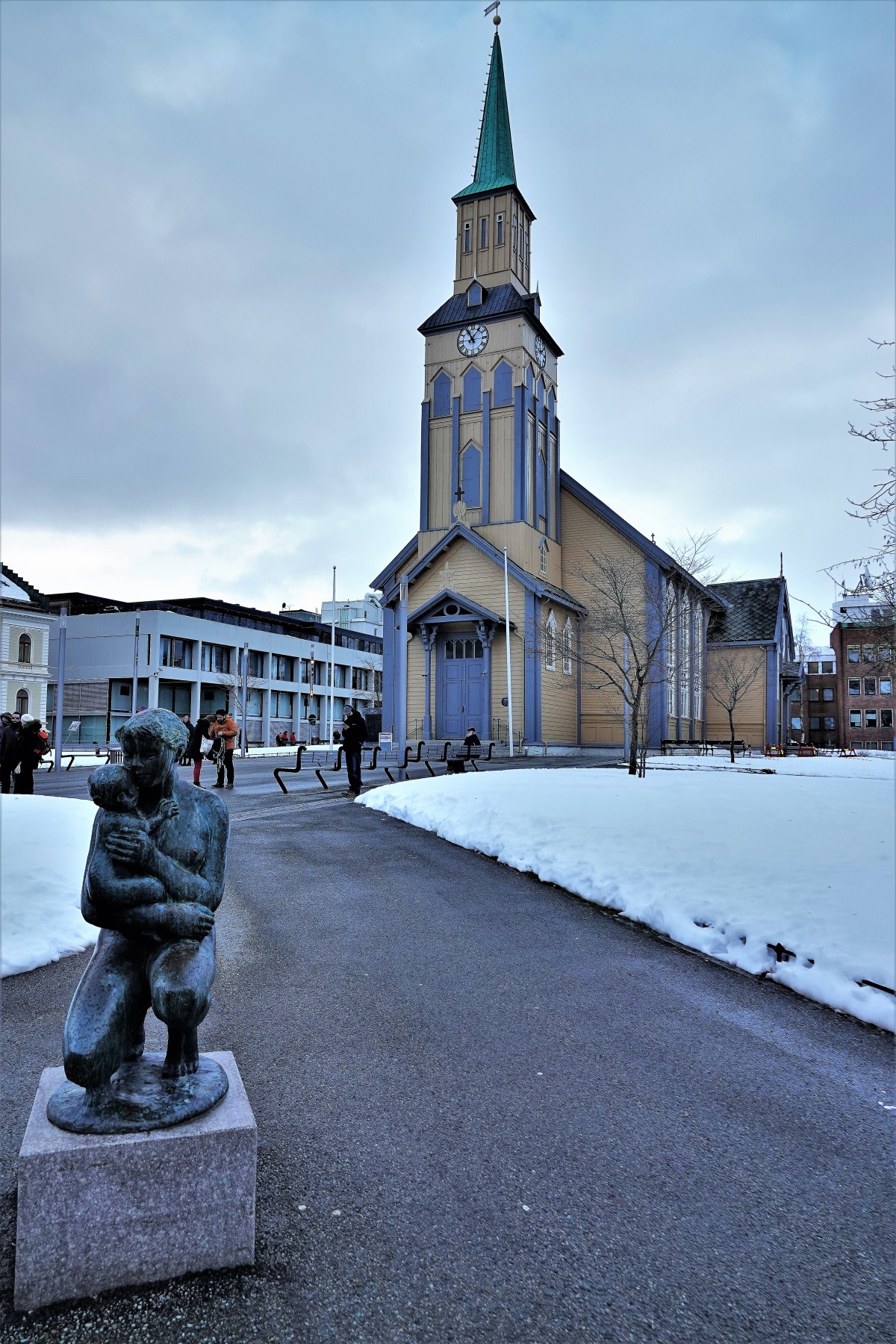 Leah and I crossed the Tromsø Bridge by bus for a closer look.

Likened to the Sydney Opera House, the exterior of the Arctic Cathedral is simple in shape and style,

while the interior design is modestly appointed to accentuate: the large prism chandeliers;

the sparse altar rail and pulpit; and the grand glass mosaic commissioned by artist Victor Sparre–depicting three rays of light emanating from God’s hand: one through the form of Jesus, one through woman and one through man.

The western wall of the sanctuary is complemented by Grönlunds Orgelbyggeri’s organ, built in 2005.

The Star of David radiating through the eastern wimdow symbolizes a spirit of inclusiveness and community acceptance. (Just kidding)

The organ was built in the French Romantic tradition, and was adapted to the cathedral’s architecture, providing illusions of sails and ice floes. The organ comprises 2940 pipes, measuring from 32 feet (9.6 m) to just 5 mm. Much of the woodwork is solid pine with bellows made of reindeer hide.

Back at the Viking Star, after a brief bout of daylight (6hrs, 15min.)… 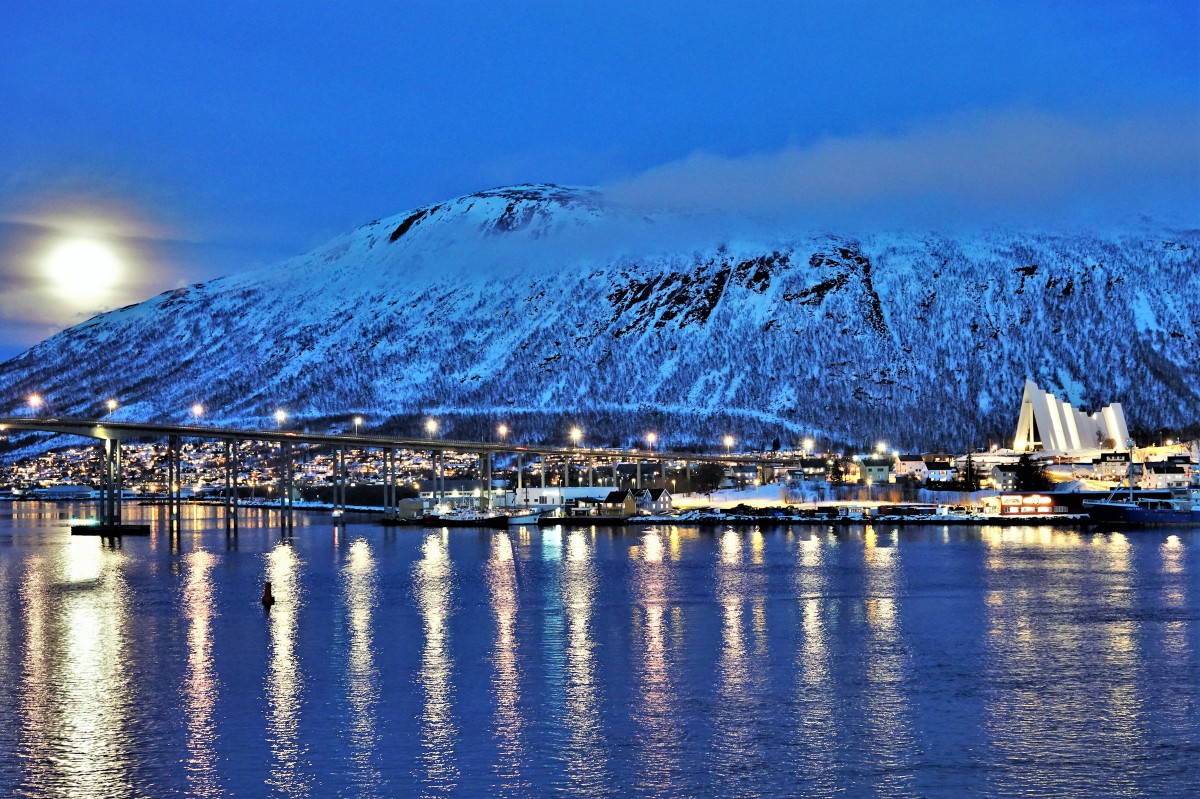 and I imagined I heard Grieg’s Song of Norway playing from its soaring arches.