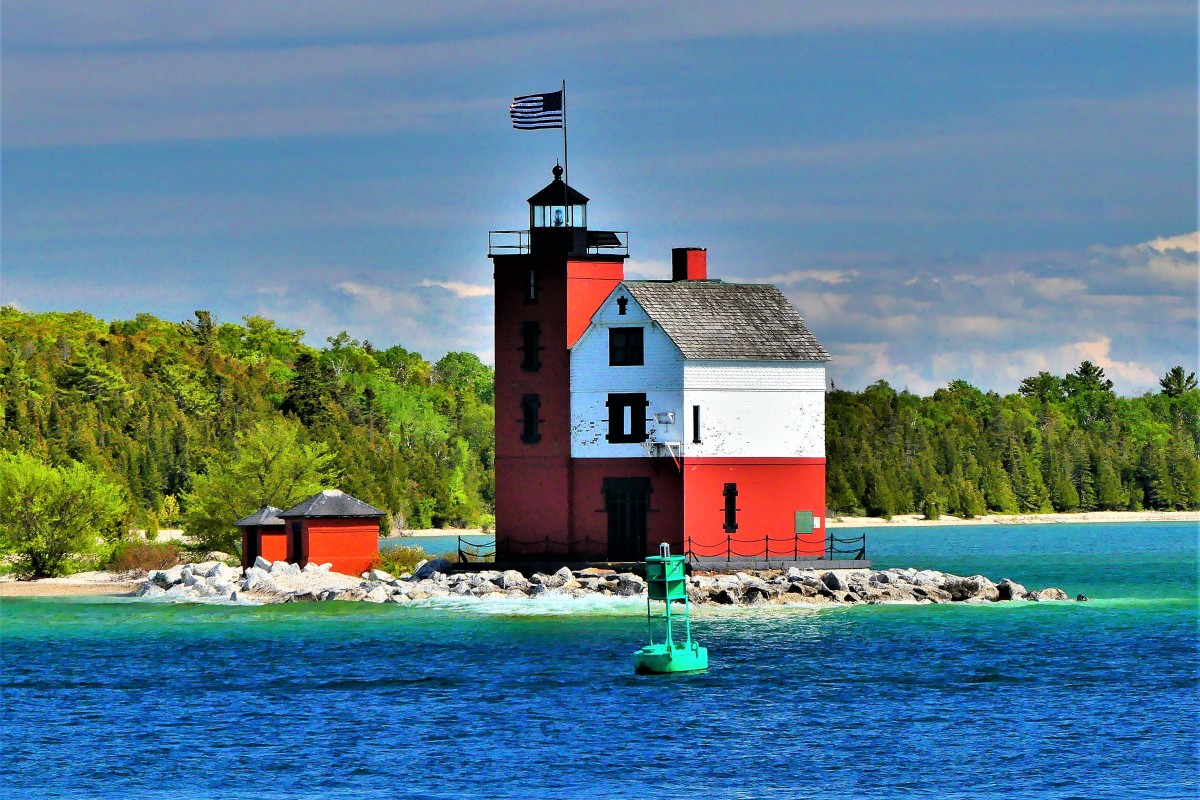 Ocuppying nearly four square miles and located between the Upper and Lower Peninsulas of Michigan, Mackinac Island was home to the Odawas, and the epicenter of Great Lakes fur trading before the British established a strategic fort on the island during the American Revolutionary War.

Native Americans referred to Mackinac Island as Mitchimakinak because of its likeness to a “Great Turtle.” The French fur traders preserved the Native American pronunciation, but spelled it as they heard it: Michilimackinac.

However, the British anglicized what they heard, spelling it Mackinaw. Regardless, the pronunciation for Mackinac and Mackinaw are the same, with an emphasis on aw.

Today, most tourists and vacationers take the ferry from Mackinaw City to Mackinac Island from May to November. Leah and I carried our own bikes aboard for an extra $10 a piece.

On the approach, the French colonial architecture was charming.

We recovered our bikes, and headed toward the water, dodging pedestrians and horse poop, but keeping pace with other cyclists and horse-drawn carriages.

It was a step back in time, and a peddler’s paradise.

Closing my eyes, I could focus on the sound of a world without machines, because  motorized travel has been outlawed since 1898.

An 8-mile highway loops around the island, hugging the shore, 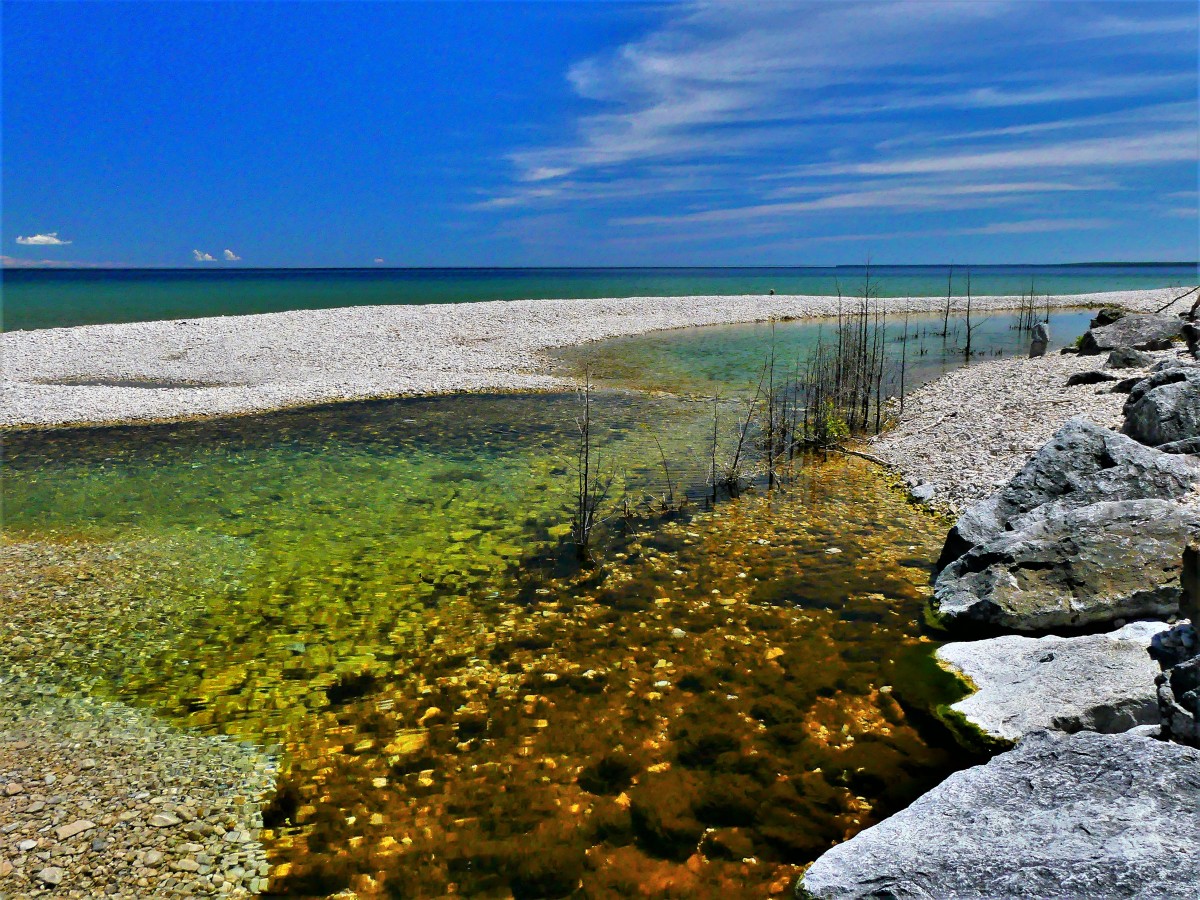 and access to Arch Rock, a popular geologic limestone formation close to downtown.

and still operated by the Musser family through three generations. 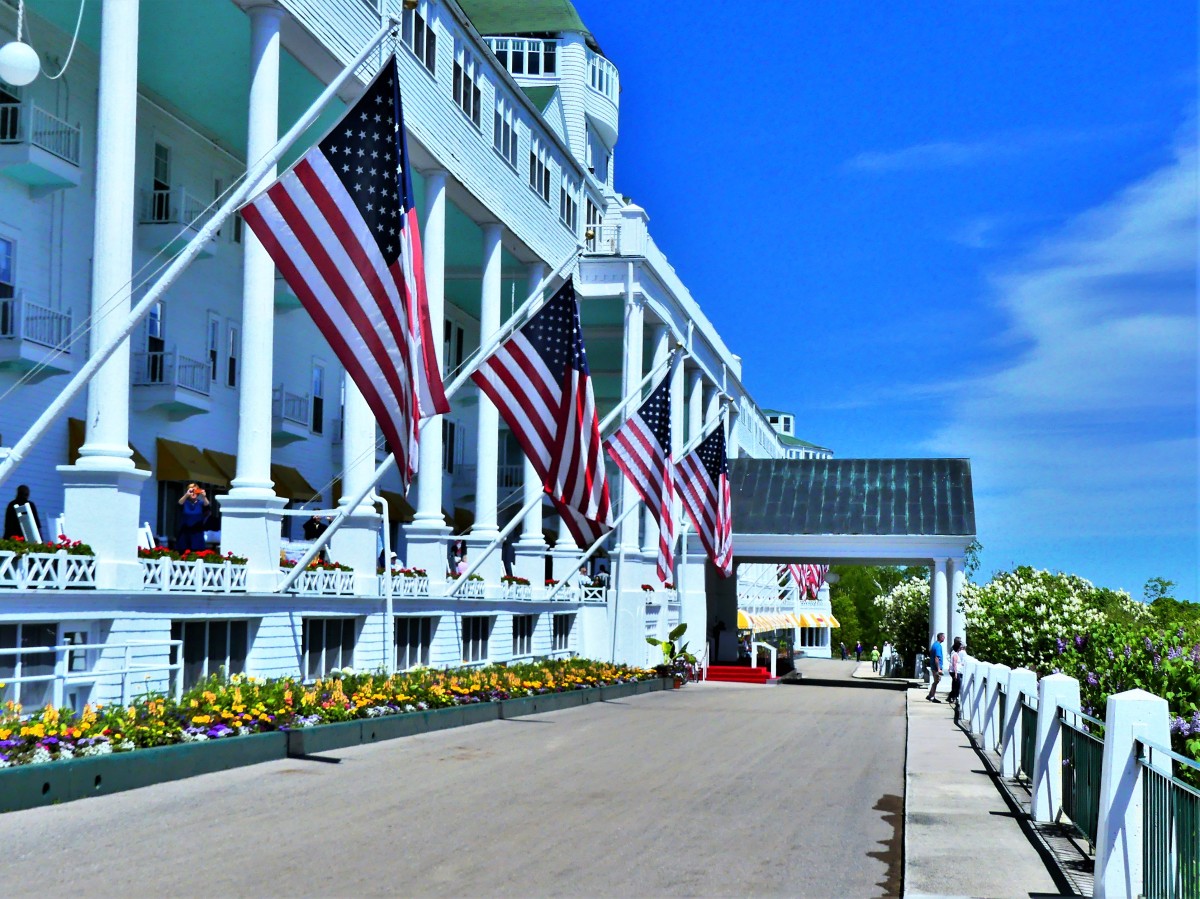 and overlooks a picturesque tea garden.

Nearby, the Little Stone Church, 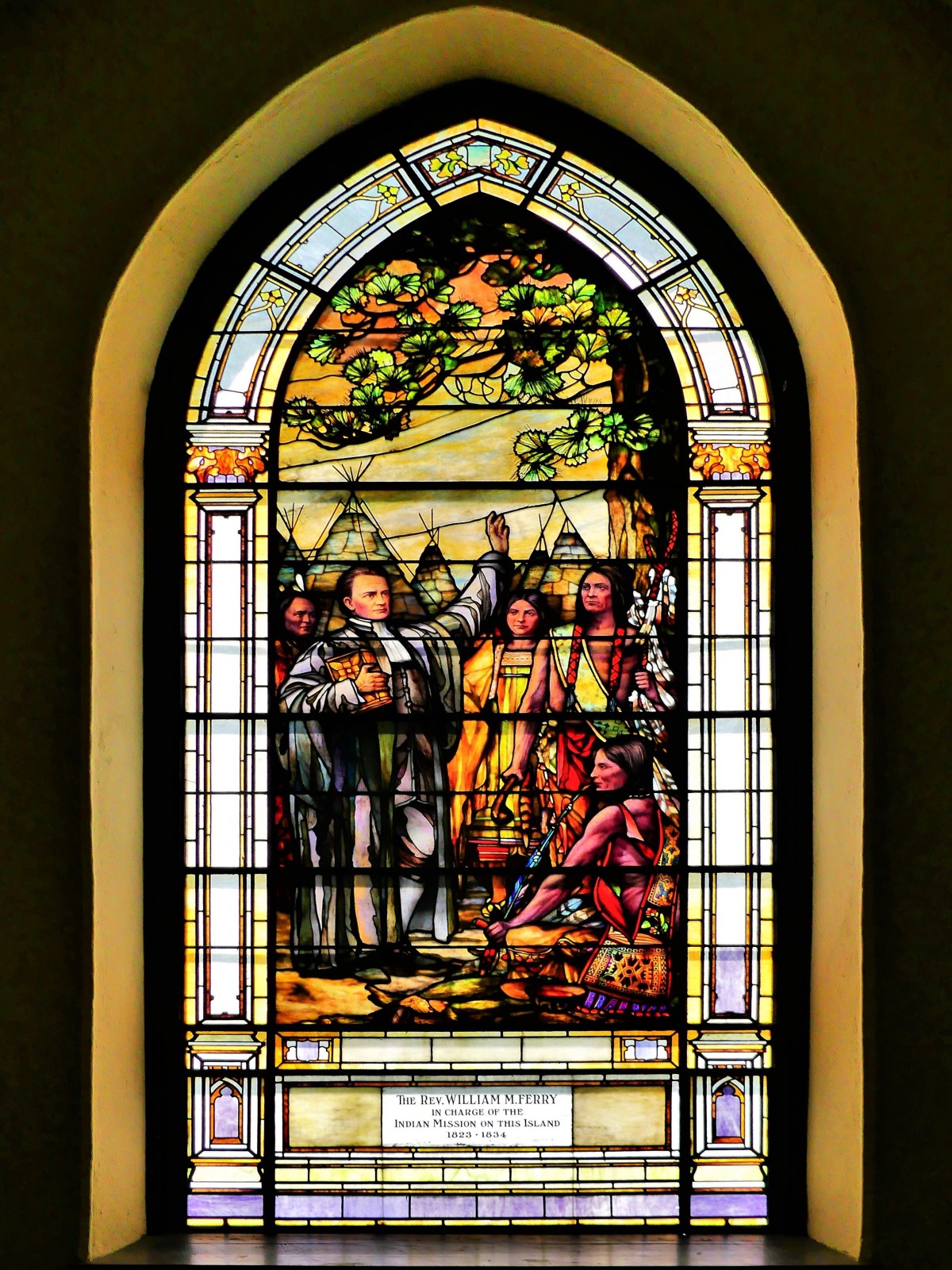 After a full afternoon of cycling and sightseeing, Leah and I were aboard Shepler’s ferry, heading back to Mackinaw City.

During the 20-minute return ride, I thought about the variant spelling and linguistics of Mackinac/Mackinaw, and its similarity to immigrants who passed through Ellis Island and emerged with new surnames, courtesy of disinterested immigration officials.

So what are the chances, a real Shlepper immigrated to America and his name was changed to Shepler?

Imagine the public relations coup for his offspring today.