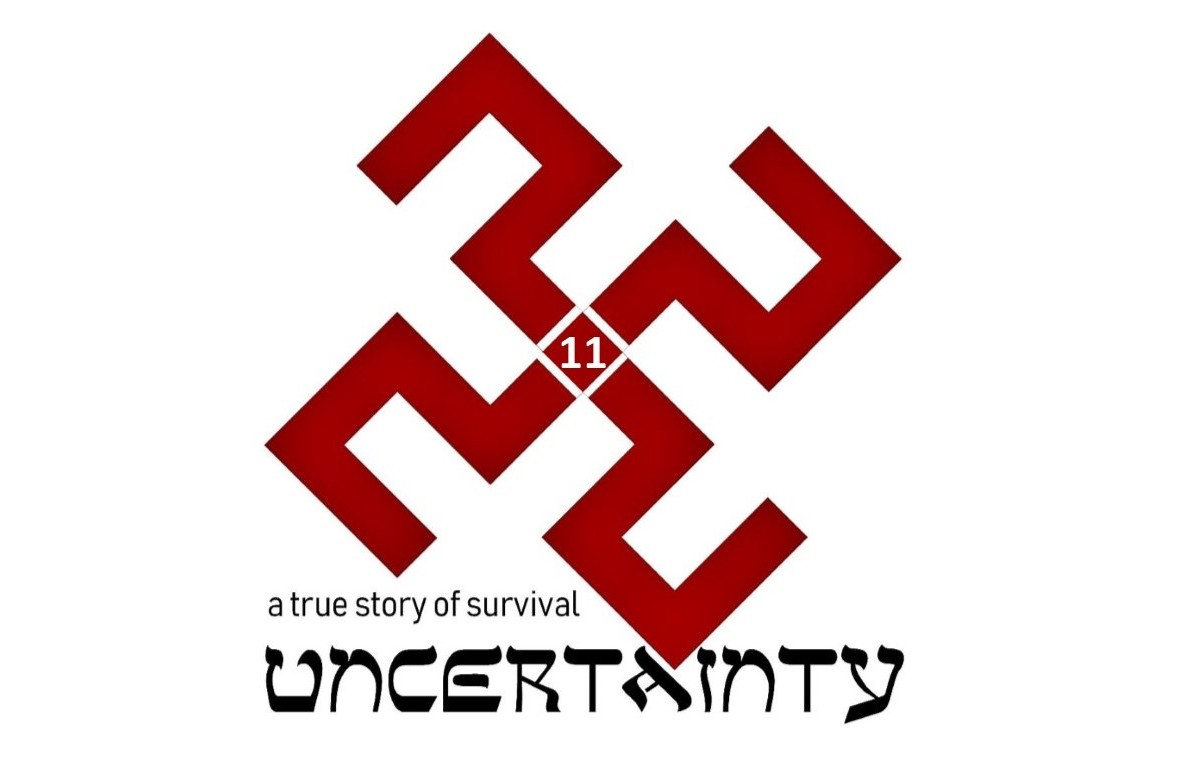 “My name is Menil, and I am a simple man, one hundred percent. There is not much to my story with the exception of three evident truths…”

“For one, I am neither German or Polish. I am ‘stateless’.”

“I earned this elusive title nearly twenty years ago after crossing into Germany to avoid conscription in the Polish Army. My decision was guided by my faith in Hashem, and grounded in my need to escape further anti-Semitic prosecution. Consequently, I forfeited my Polish citizenship, and automatically became a political refugee. While it was difficult starting out with so little in a new country with Rochel, my bride, it never deterred me from achieving my dream of building a prosperous business and raising a beautiful family. With Rochel by my side, we were unstoppable…until the Nazis decidedly interfered with our plans.”

“Another thing about me…I am neither a resident or a citizen. I am considered an ‘undesirable’ and ‘enemy of the state’.”

“I’m told by the Third Reich that my very existence is a direct threat to the government, and Hitler’s notion of Aryan perfection–along with anyone else who happens to be a Jehovah’s Witness, a homosexual, a gypsy, or a mental patient. As an ‘enemy of the state,’ I must surrender everything that I have ever worked for, and I am to be treated as a common criminal. And what are my choices for committing racial treason? Either I hide underground like a rat or face the likelihood of prison…or worse.”

“Lastly, I am no longer a tailor or a businessman. I am just a humble Jew, meyn Got.”

“When the Nazis see me, that is all they can see. After the Reichstag1 enacted the Nuremberg Laws on September 15, 1935, I became a stranger in a strange land. The Nazis could no longer see me as a man of substance or purpose. All they see is a Jew, nothing more: someone who is defined by the heritage of his parents and his parents’ parents; someone who is worthy of only ridicule and hate; and someone who is an age-old scapegoat for Hitler’s propaganda machine.”

“And what’s my take on all that I am? I ask because by looking at me, no one could ever predict these details about me. I certainly don’t appear ‘stateless’. My German is impeccable; I once owned property in the center of town; and I had the respect of the business community and the congregants who davened with me in shul.”

“No one would ever confuse me for an ‘enemy of the state’. I’m not an activist like some of the Zionists I know. I never go to meetings, and I don’t protest in the streets or sign petitions with my real name.”

“Most interestingly, I don’t particularly look Jewish. At least I don’t think so. My pale skin, green eyes, moderate nose and thinning hair makes me more likely to be mistaken for a goy. Berte, too. Her looks definitely come from my side of the family. Her blond hair and blue eyes alone have made her the envy of every Aryan parent. Eva, on the other hand, is the polar opposite. Her alluring looks come from Rochel’s side: black hair and dark mysterious eyes–the kind that draw you in.”

“Rochel has always hocked2 me that I’ve been living in denial, but there is no denying these three facts about me, one hundred percent. And regardless of how I present to the world, the Nazis have managed to remind me of ‘what’ I am on a daily basis. Of course, one needn’t look any further than my identity papers.”

“Passports are curious things. As an official travel document, it reveals our personal information: name, birthdate, country of origin, and a photograph of our likeness. To the average yutz3 or shmo4, a passport is a certified registration of identity and nationality for the primary purpose of international travel, but to a Jew, it’s meaningless and a curse. So there can be no confusion, all Jewish passports have been stamped with an identifying “J” in red letters.”

“In August ’38, the Reichstag passed the “Executive Order on the Alteration of Family and Personal Names,” which now requires Jewish men and women bearing first names of “non-Jewish” origin to adopt additional names: “Israel” for men and “Sara” for women. So now, I’m officially Menil “Israel” Strawczynski. How do you like that?!”

“Naturally, all of this nonsense is beside the point, because leaving Germany by normal means of passport and visa issuance is nearly impossible following the horror of Kristallnacht. Already, most countries around the world no longer want Jewish immigrants or refugees inside their borders–which they’ve made very clear by tightening entry regulations and keeping the numbers down for people like us.”

I shrugged. “Unfortunately, it’s much too late in the day for Rochel or me to formally cross the border to Venlo, but that doesn’t mean we can’t send the kinder ahead of us…We just have to figure out a way we can all reunite on the other side.”

Shaina Maidel whinnied and shook her head. She nudged my shoulder.

“I apologize. I don’t mean to kvetch5, but you’re such a good listener!”

I picked myself up from the bale beside the stall opening, and brushed the hay from my tush6. I grabbed the lantern and an apple to feed her from a nearby bushel basket.

“You’ve been very helpful,” I offered with the treat, and she snatched it from my palm.

“Now I understand why Bertie loves you so much. Good Night, Shaina Maidel.”