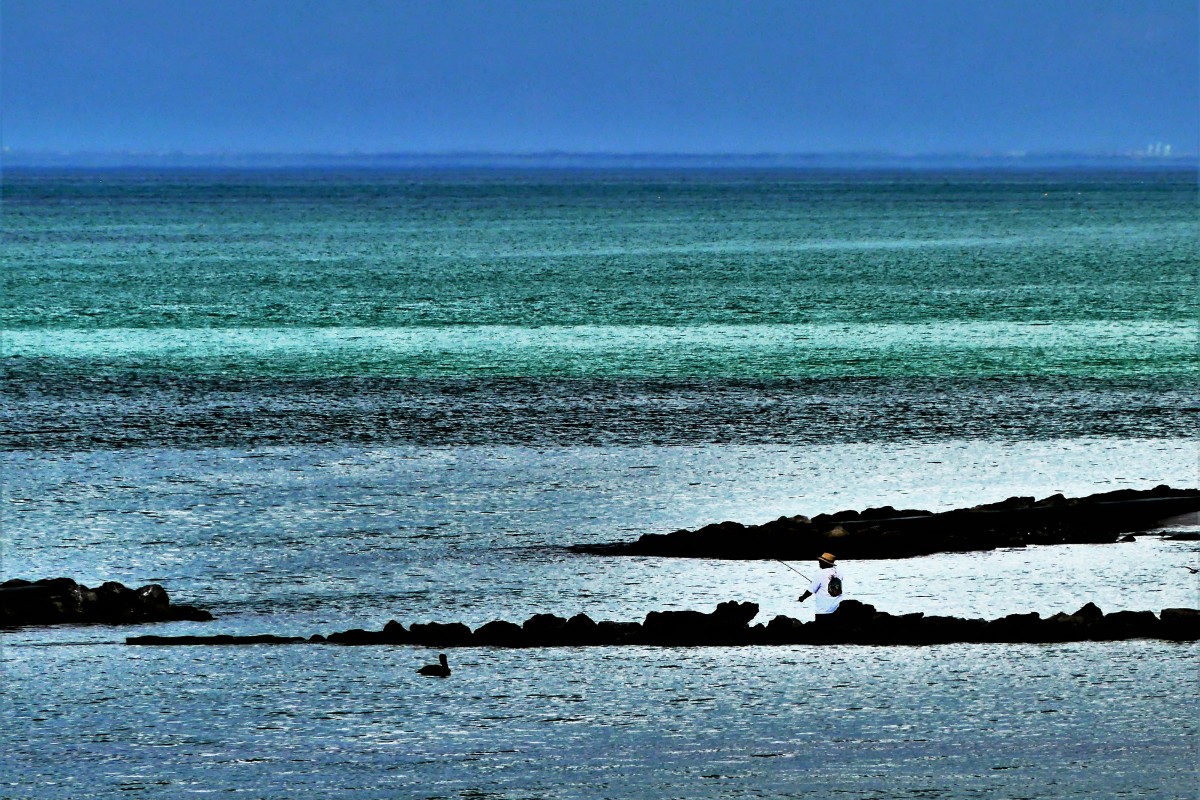 Apparently, the citizens of Naples, FL have the deepest pockets of any town in America thanks to the highest concentration of billionaires who own part-time residences along the deep water coastline of Port Royal.

Such was the claim of First Officer Owen, who was overheard aboard the top deck of the Naples Princess…

during a two-hour pleasure cruise from the top of Naples Bay, past Bayview Park,

John Glenn Sample came to Naples in 1938 with a vision that would compete with Henry Flagler’s development of Palm Beach during the early 1900’s. Unimpressed by the titans of industry who would flock to the East Coast of Florida to sip fine whiskey and smoke Cuban cigars against a backdrop of crashing waves, Sample determined that the tranquil surf and serene surroundings of the Gulf Coast was better suited for peace and relaxation.

Not to be outdone by the co-founder of Standard Oil, Sample gobbled and cobbled two square miles of mangroves and marsh along Naples Bay for $13,700. During the 1950’s, Sample exhausted the $3.5 million he earned from the sale of his Chicago advertising agency by bringing heavy earth-moving equipment and dredging machinery to town, and subsequently rearranged his property into fingers reaching out to deep water access amid the warm currents of the Gulf of Mexico. 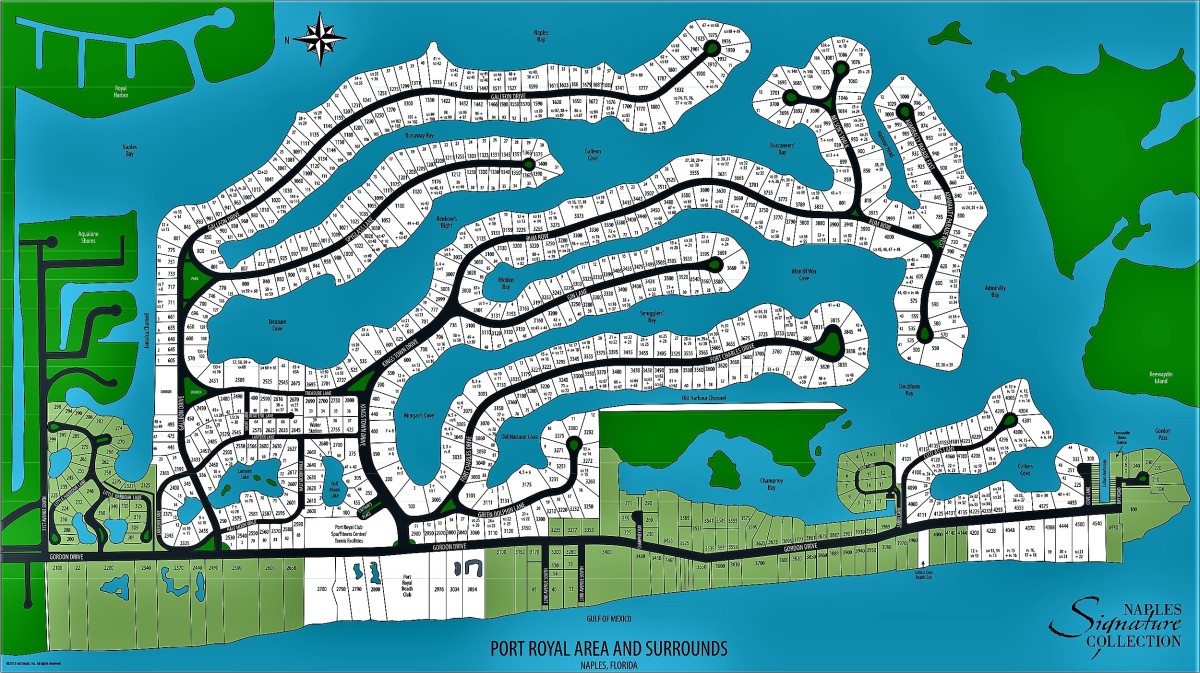 Yet despite premium prices, Sample was holding out on hawking his holdings; the litmus test to buy property from Glenn Sample was that he must like you, because selling to a buyer was much more than “show me the money!” A prospective homeowner/neighbor had to supply letters of recommendation, and pass the like-mindedness quotient.

Today, only a few of the original 3,000 square foot homes remain, having been replaced by maximum-sized mansions of shimmering glass and steel.

And of those still standing and available as teardowns for $4M, they are being replaced by new construction that defies understanding–exceeding unimaginable dimensions, and approaching $100M to complete.

Port Royal royalty includes celebrities from sports fame, media, and entertainment. Generational offspring of corporate giants who colonized the enclave (Briggs-Stratton, Kodak, Collier Publishing, etc.) continue to live a life of quiet luxury, as does the former treasurer of Estonia who proudly flies his country’s flag.

But of all known Port Royal billionaires (there are many property owners who cloak their identities behind holding companies), none is more deserving than Dick Portillo, better known as Chicago’s King of Hot Dogs.

Starting out in 1963 with $1100 in savings intended as a down payment for a house, Portillo convinced his wife to invest in a small trailer called The Dog House on North Avenue in Villa Park. Running water came from a garden hose attached to another building. 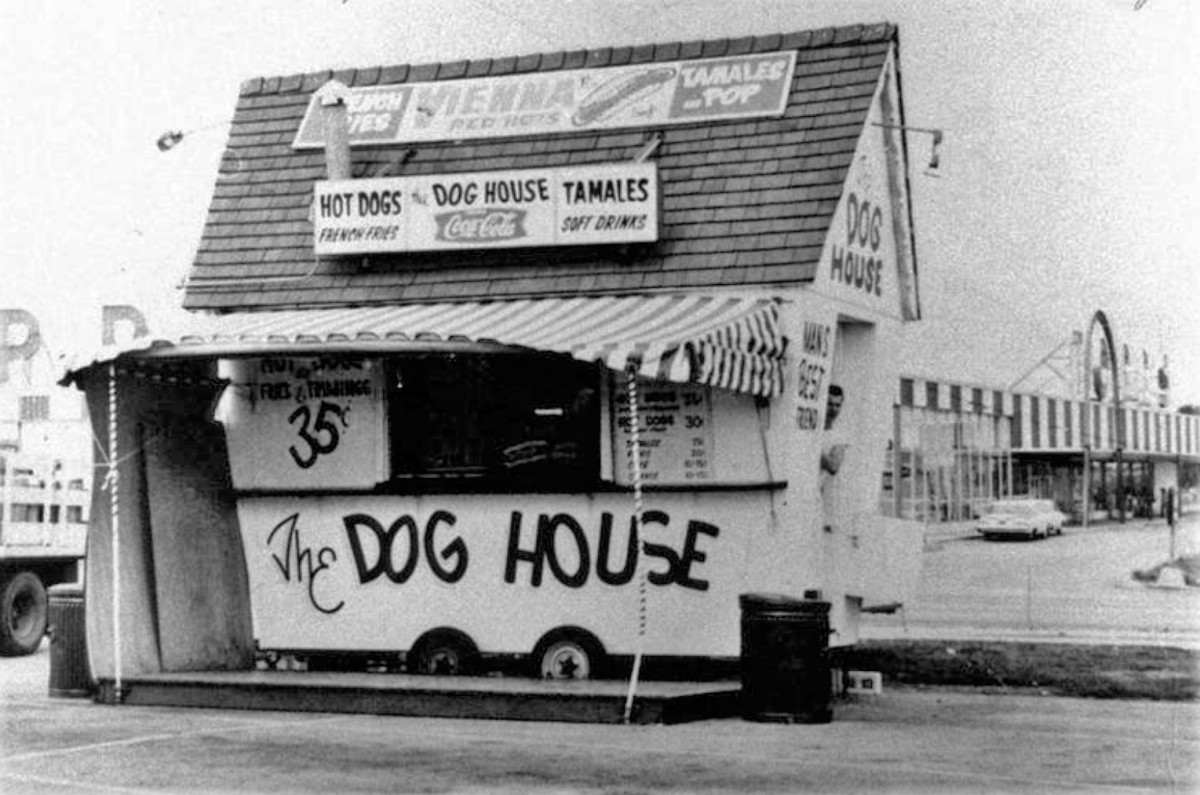 Not knowing how to cook, Portillo learned the business by visiting competing restaurants with his two young children in tow and asking questions until he perfected his technique and grew the business: to his first drive-thru in 1983; to offering nationwide shipping to all 50 states; to 38 locations in Illinois, Indiana, Arizona and California;

to eventually selling to Boston-based Berkshire Partners in 2014 for $1B, and acquiring an anchor for his $10,500,000 Westport yacht.

7 thoughts on “For the Love of Money”