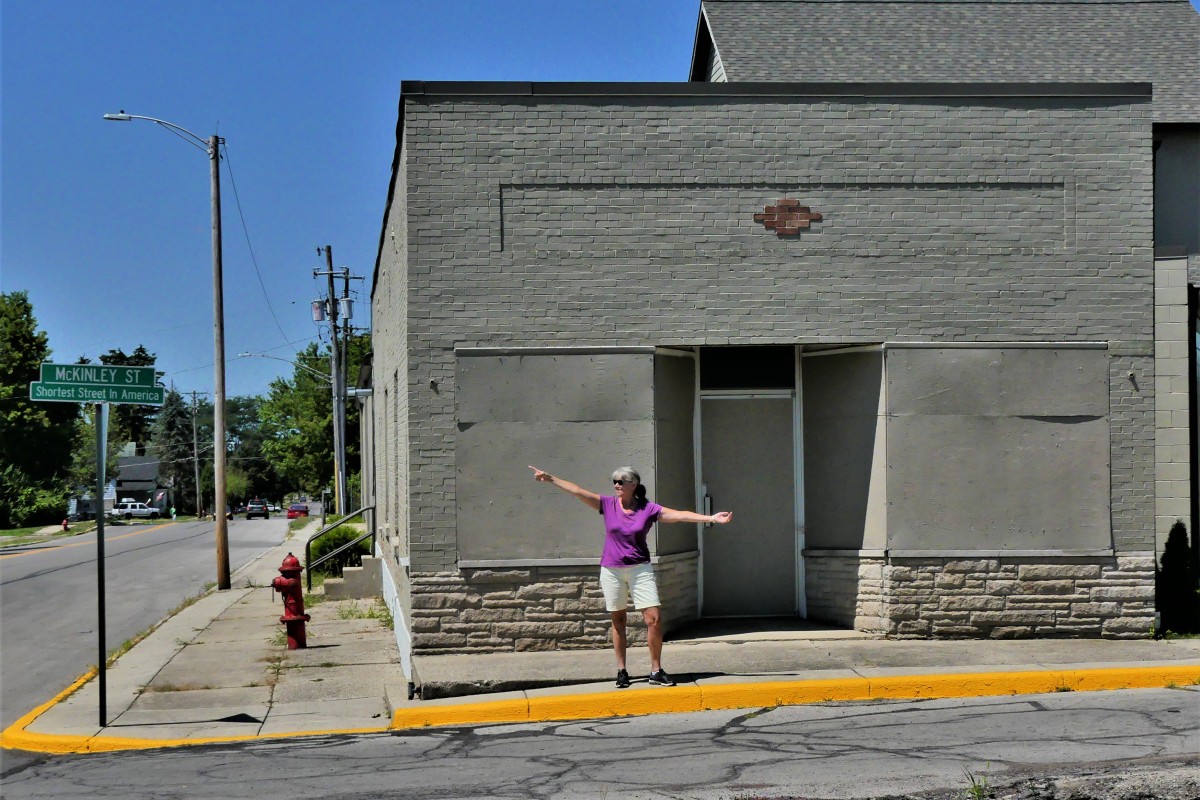 Chiseled from concrete, George Bartholomew stands aside Logan County Courthouse in Bellefontaine, OH with a pick ax and a plan. He is widely regarded as the American father of concrete pavement, 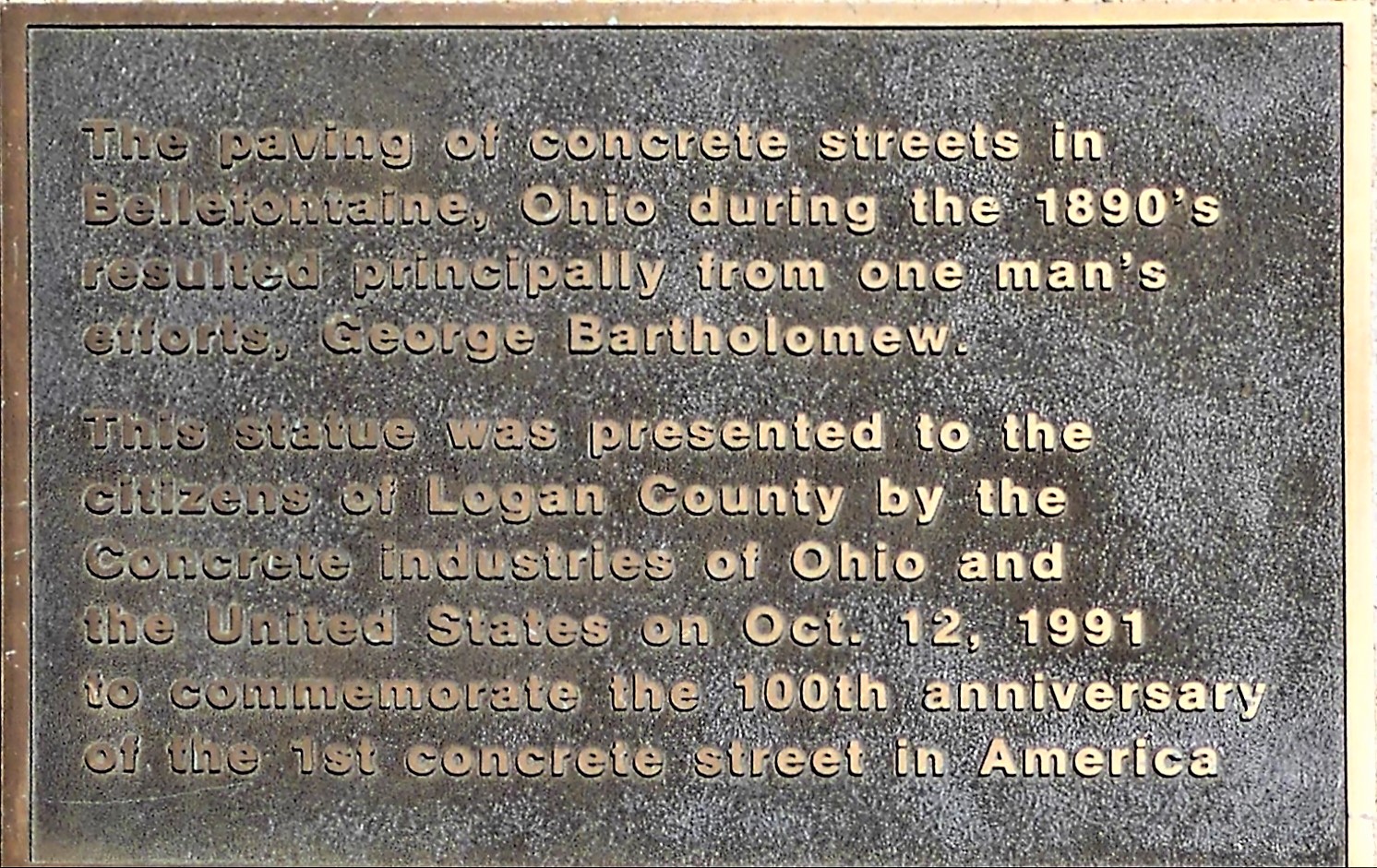 but it took ingenuity and loads of confidence before city leaders agreed to allow him to continue his experiment. 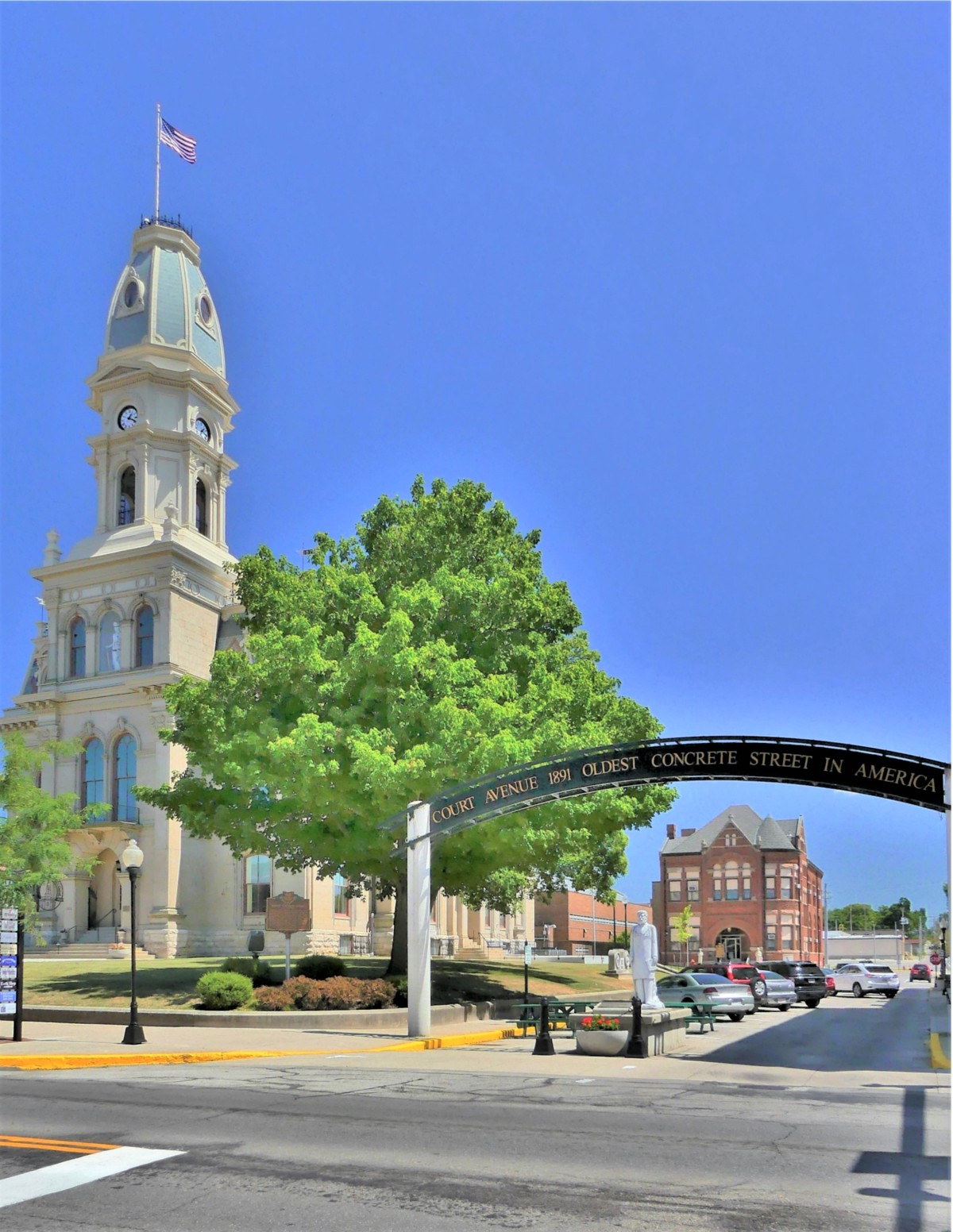 Little did he or the citizens of Bellefontaine realize what the profound effect his efforts would yield, and its resultant impact on the future of transportation across the country. 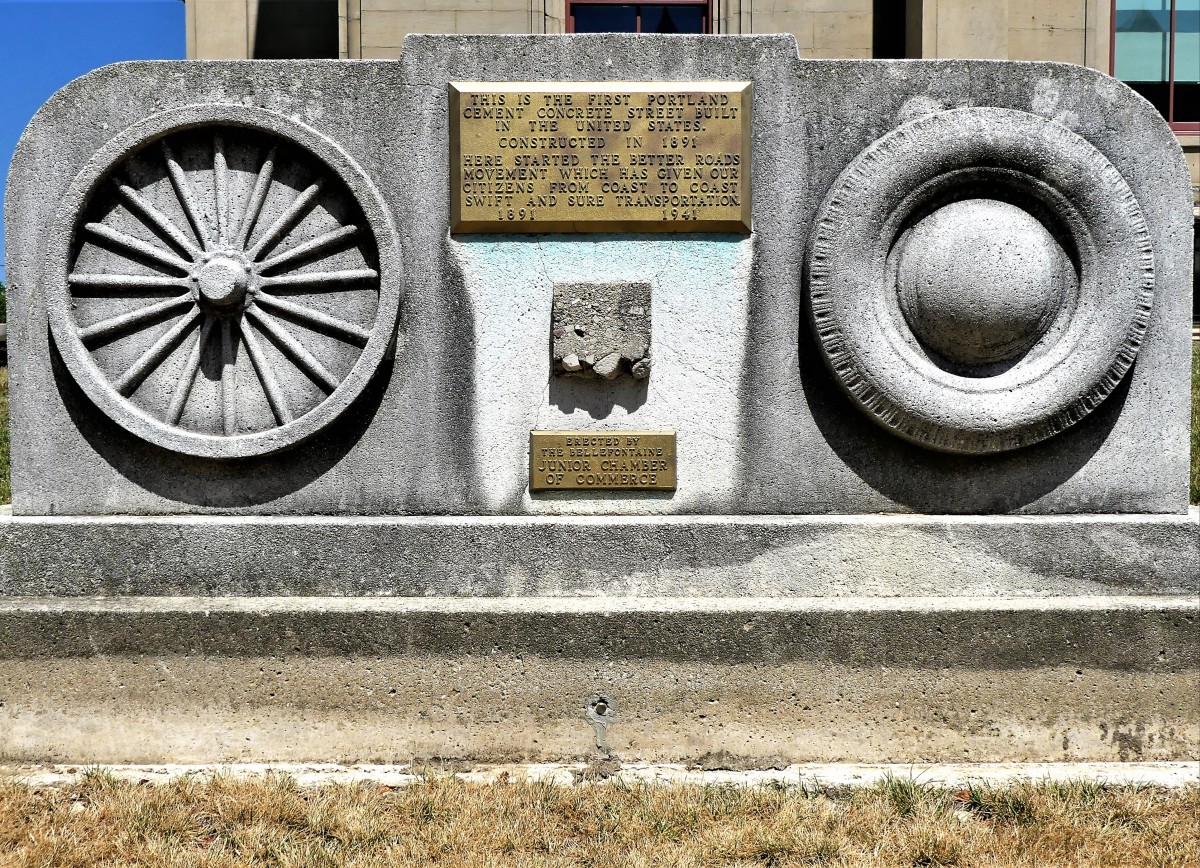 Imbedded plaques surrounding his likeness detail Bartholomew’s discovery and his process, and memorialize his achievement. 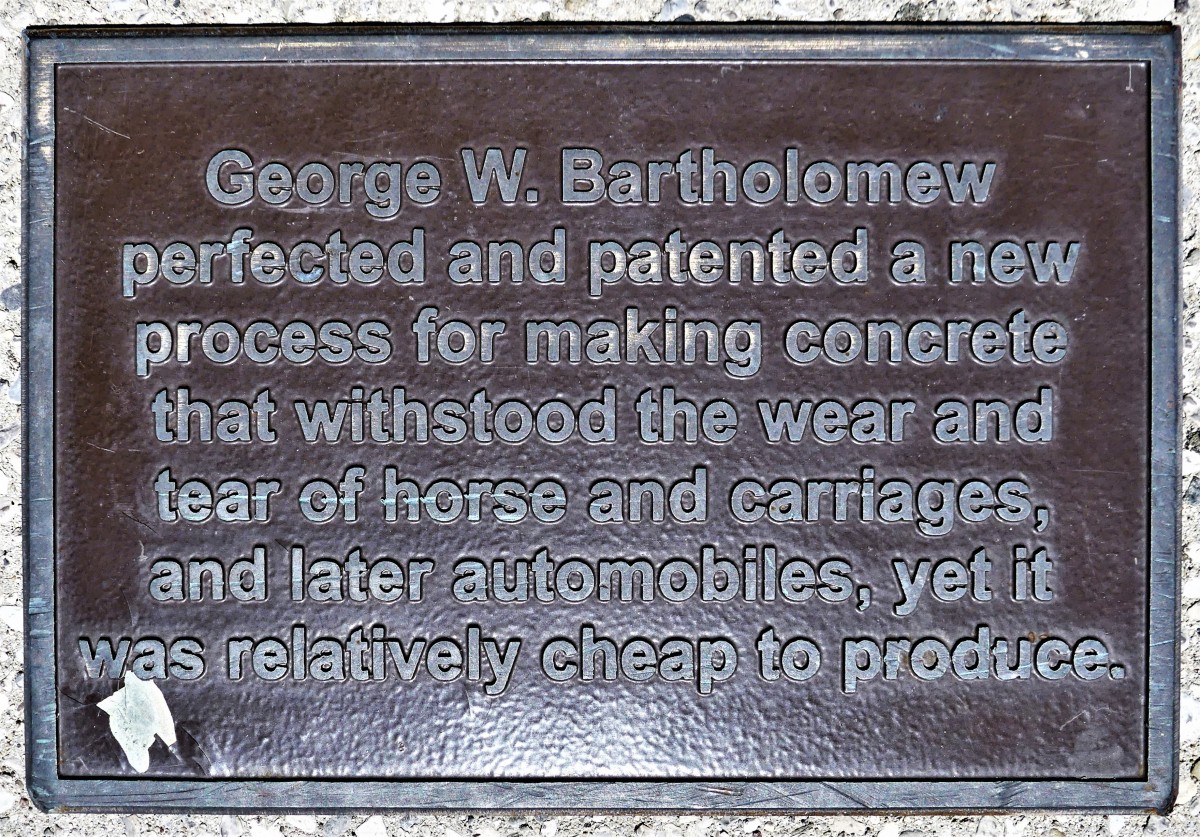 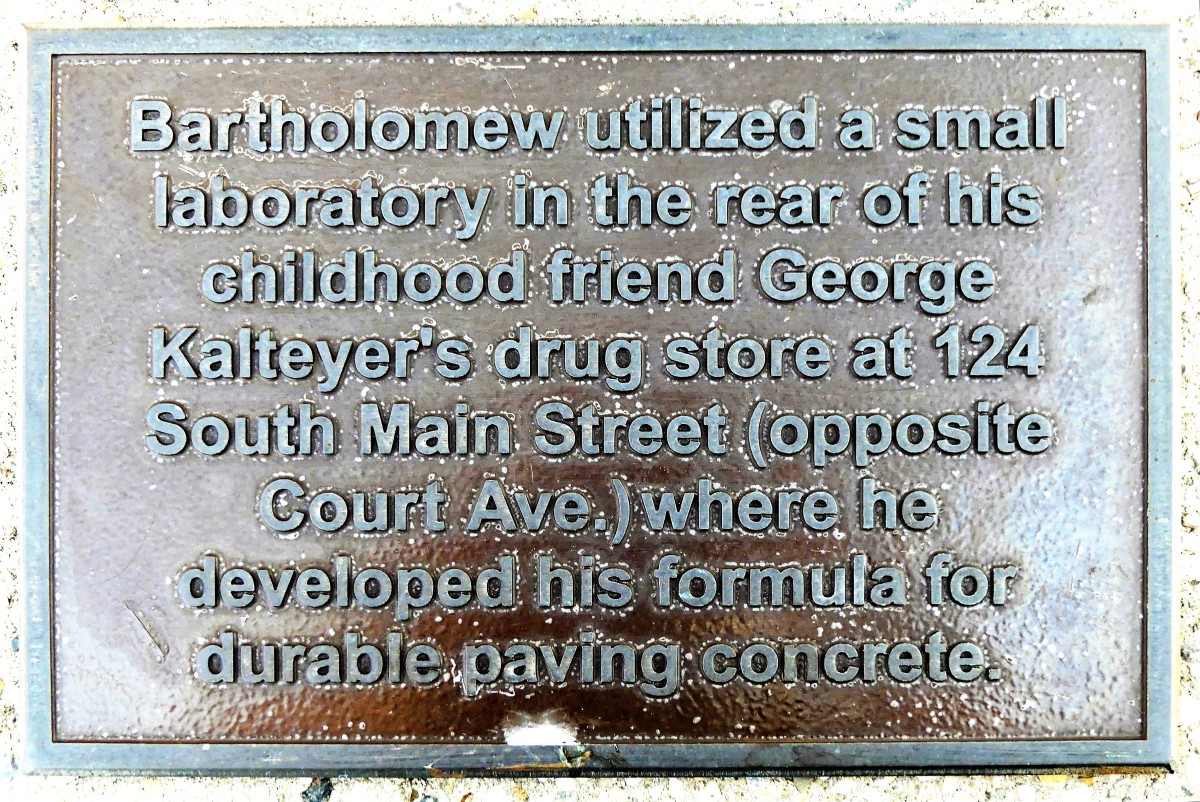 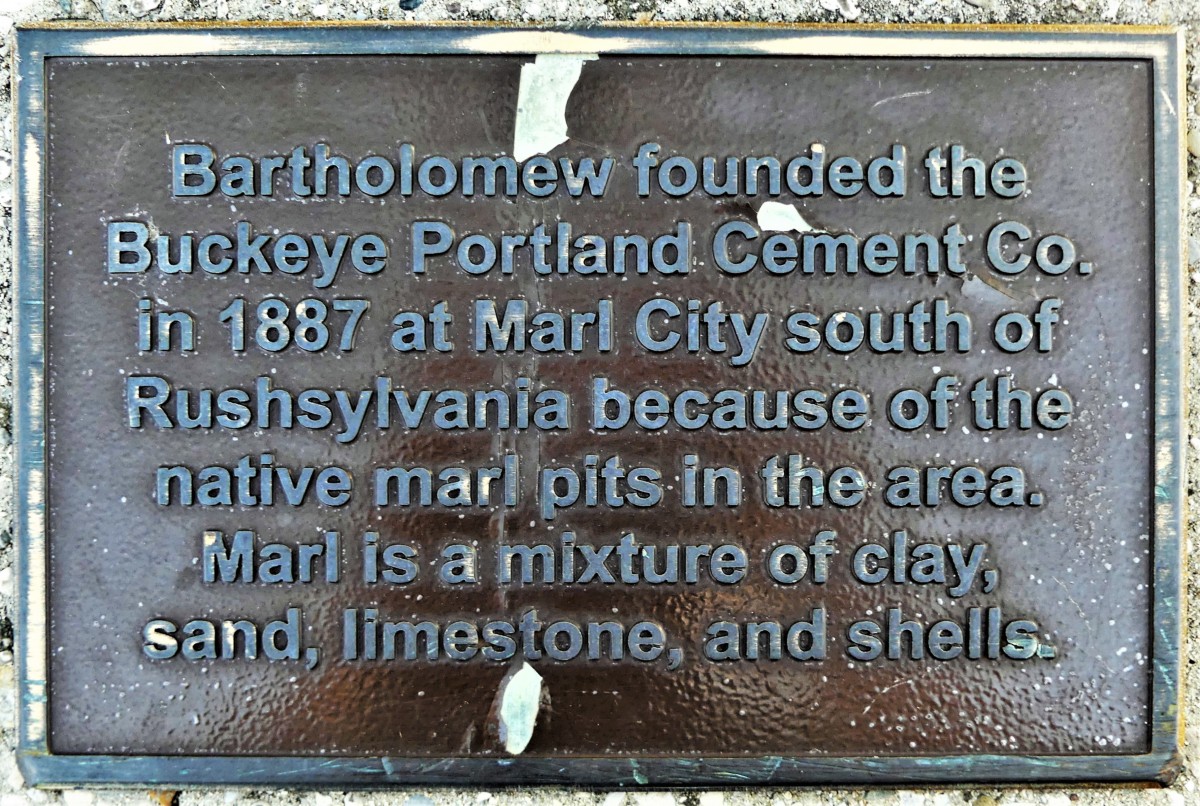 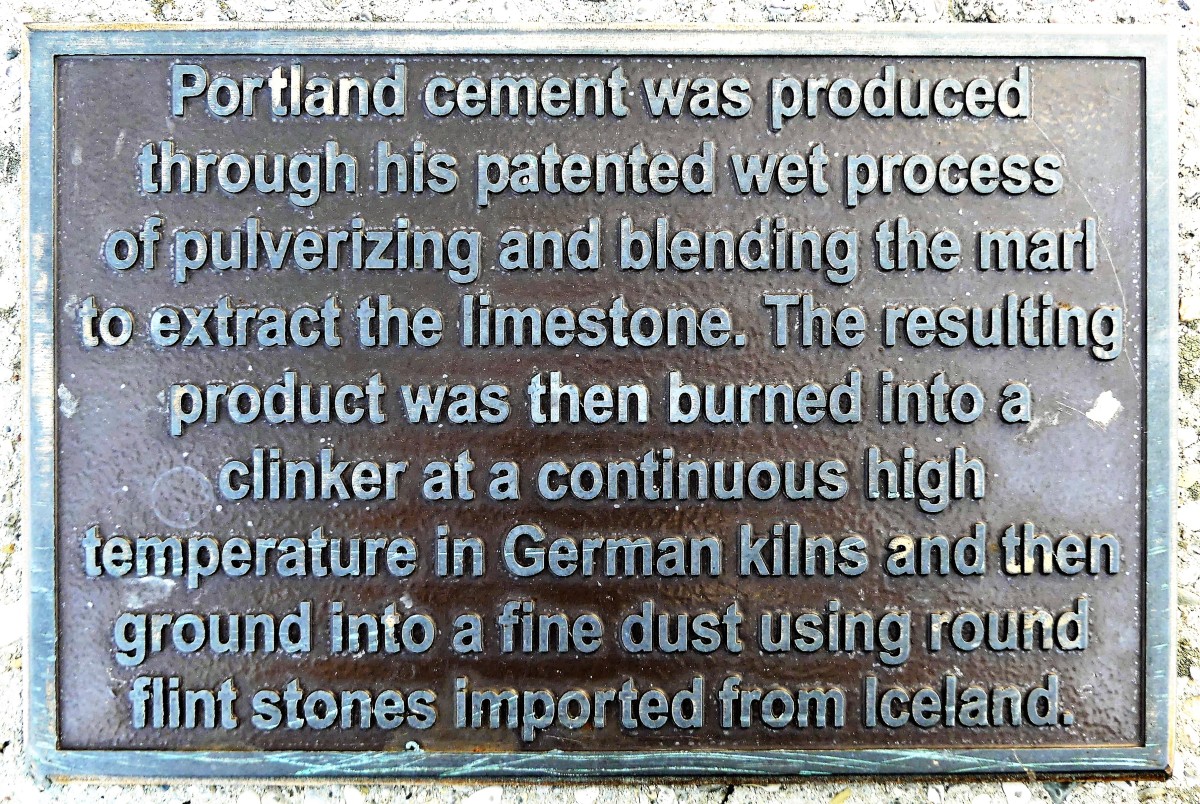 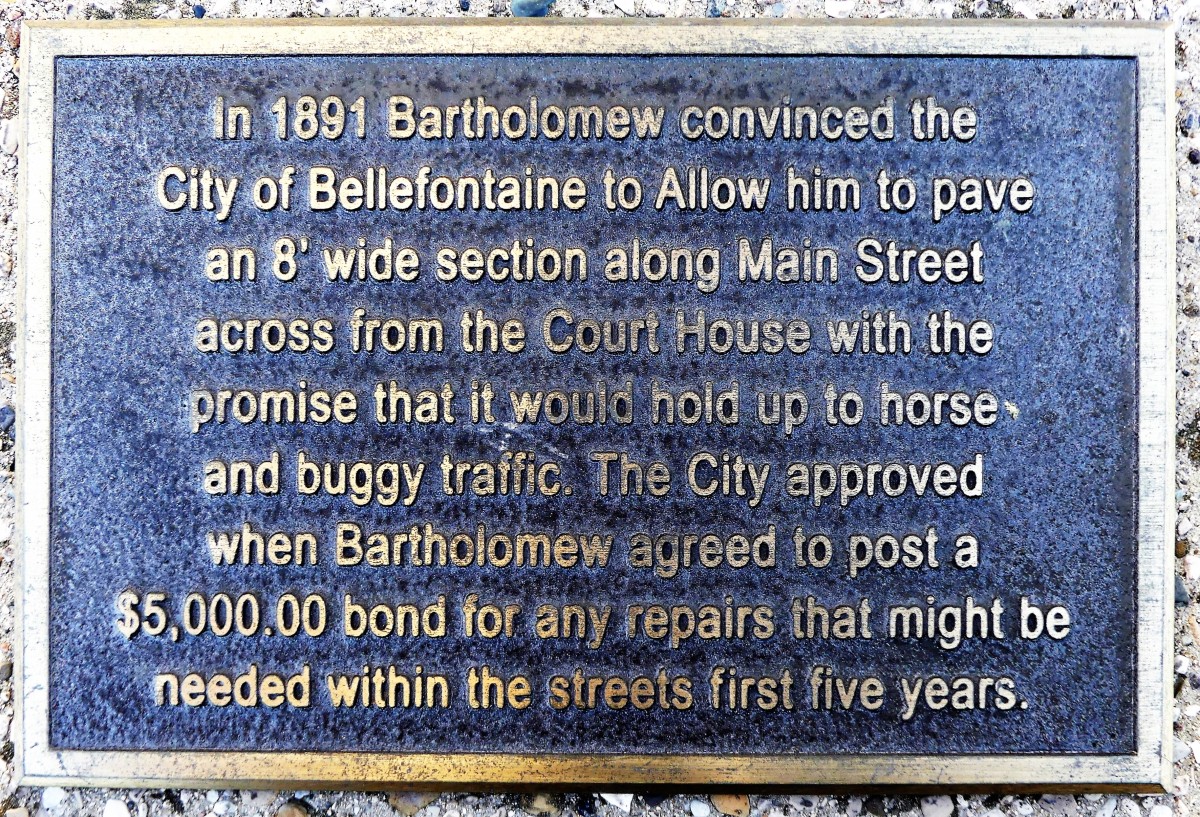 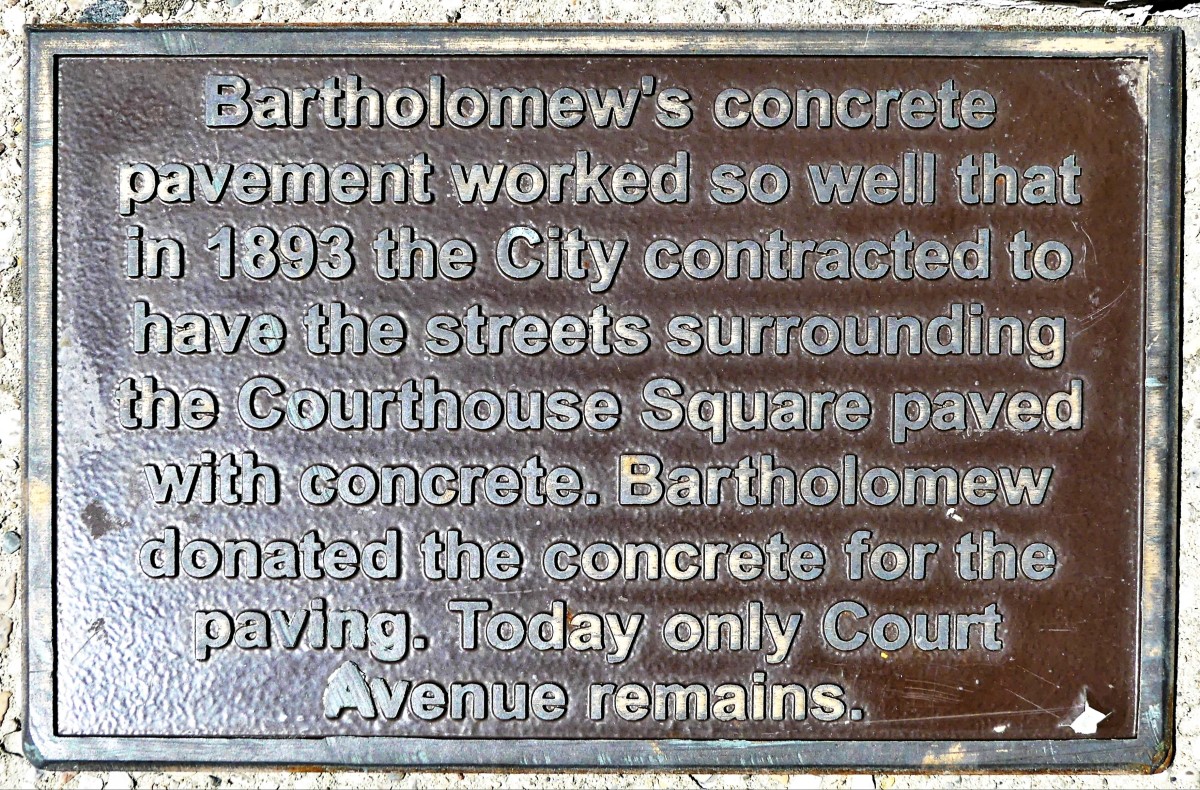 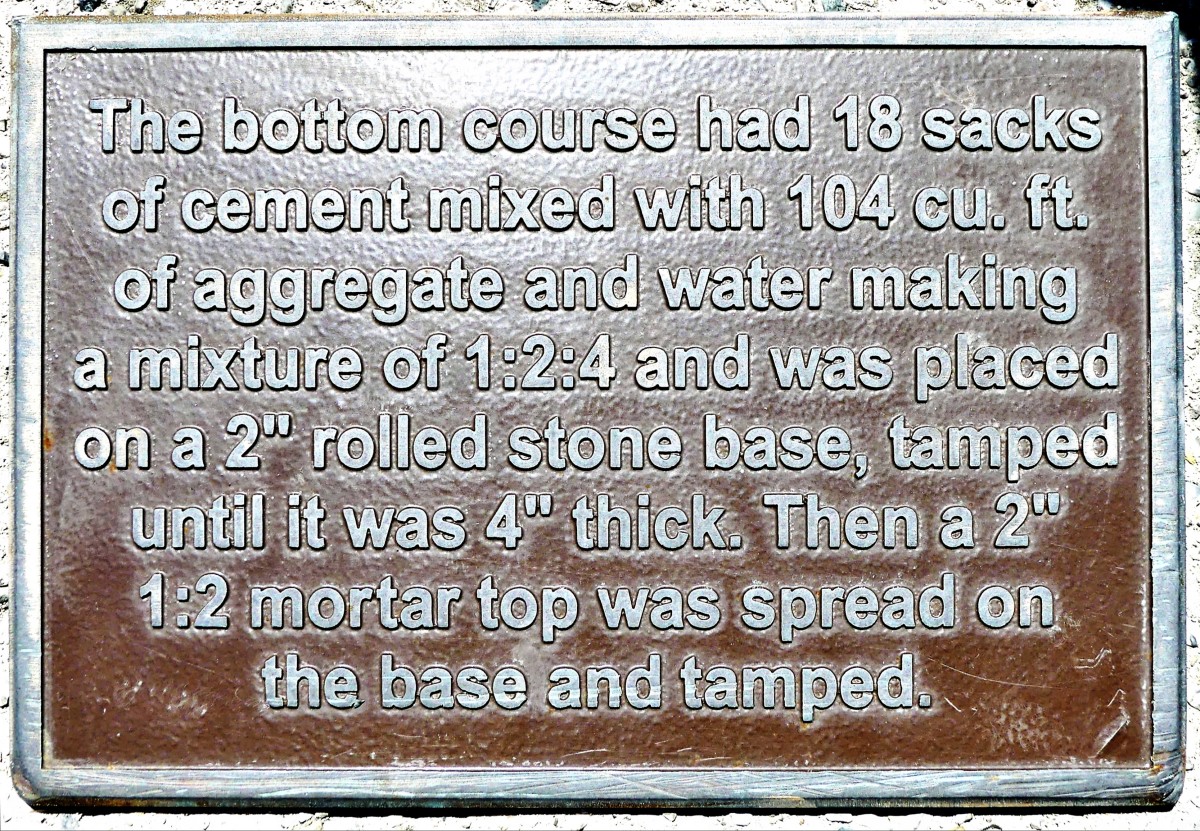 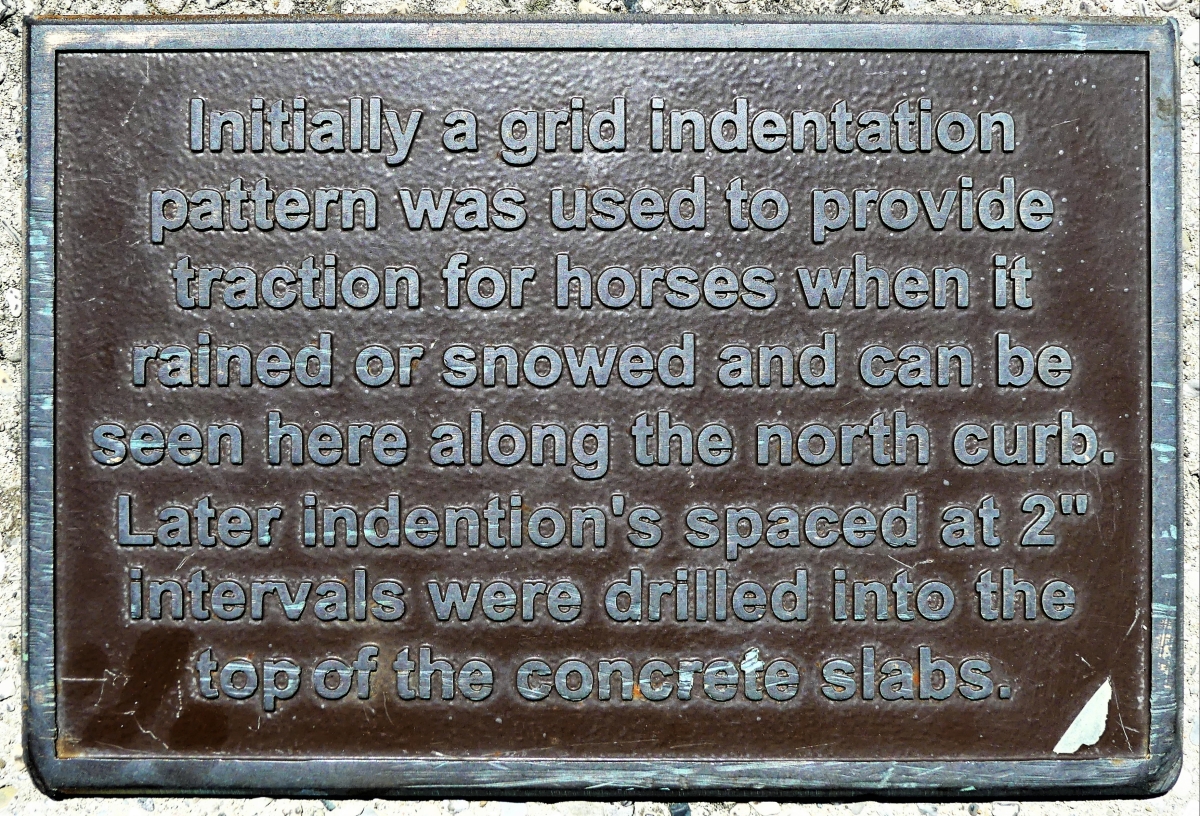 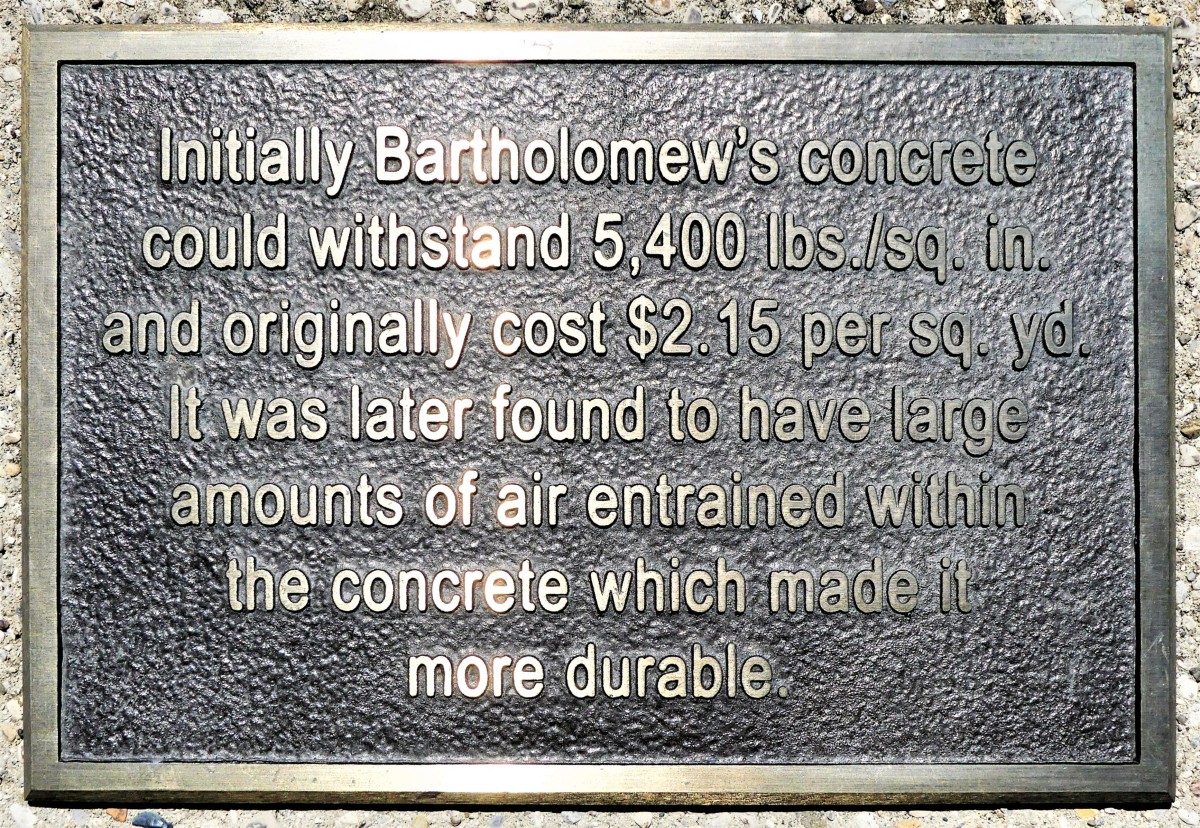 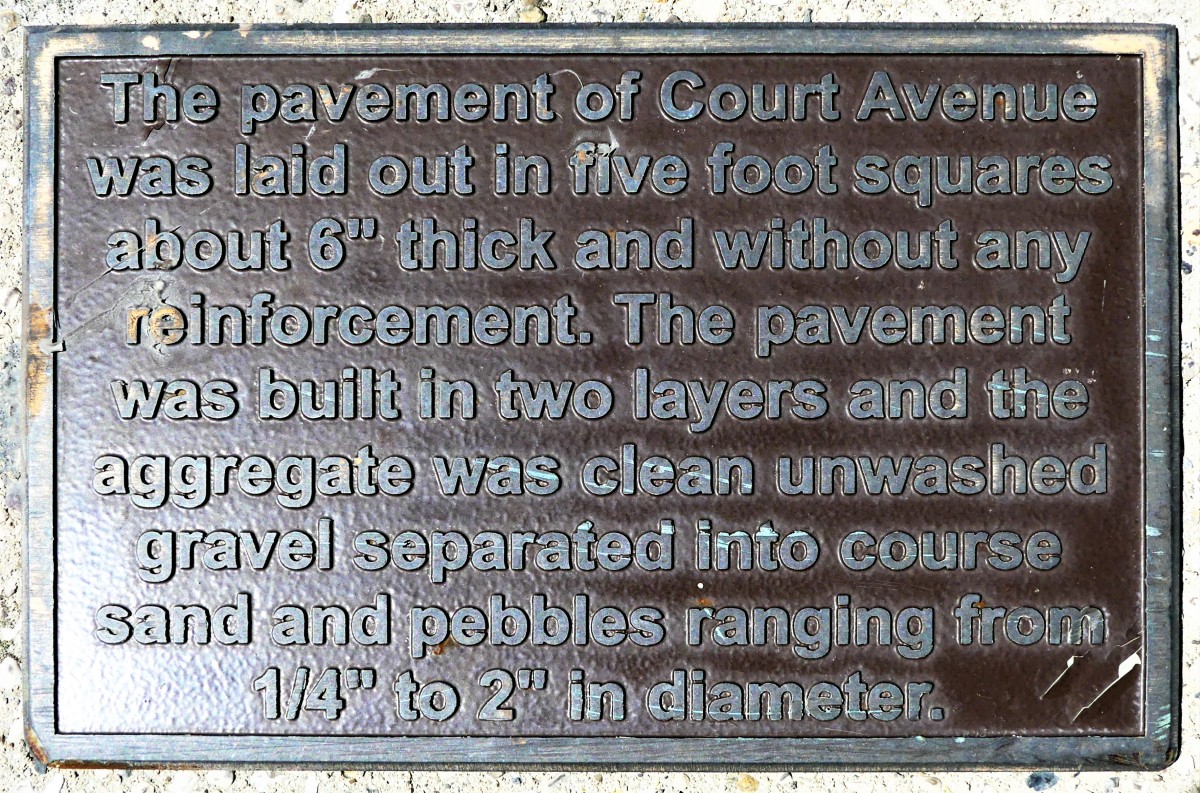 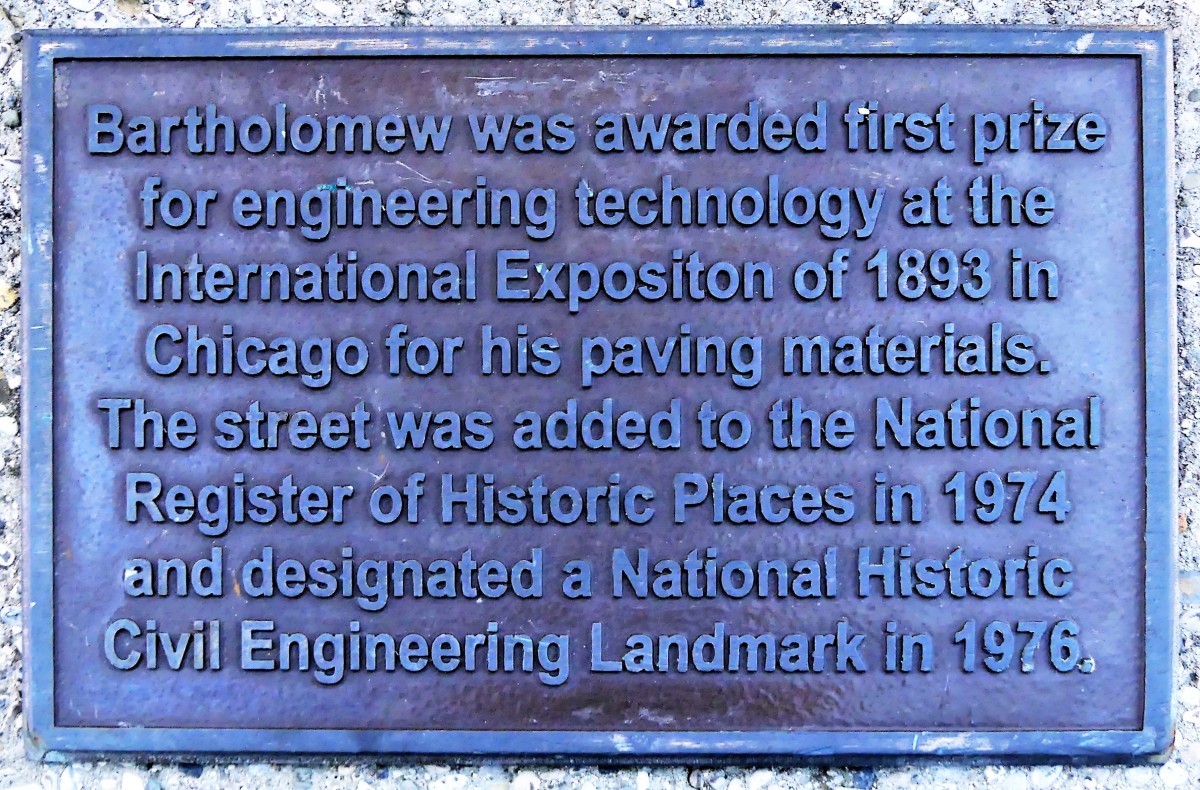 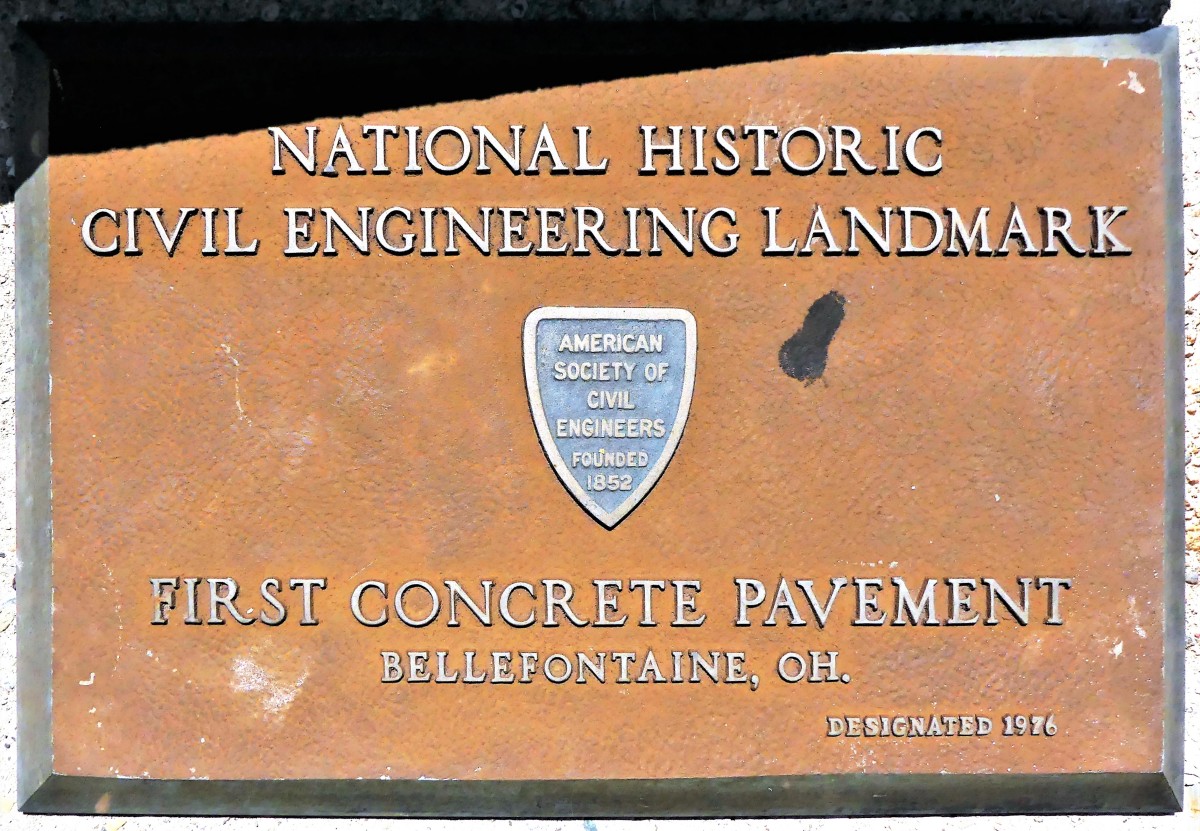 But that’s not all there is to Bellefontaine! 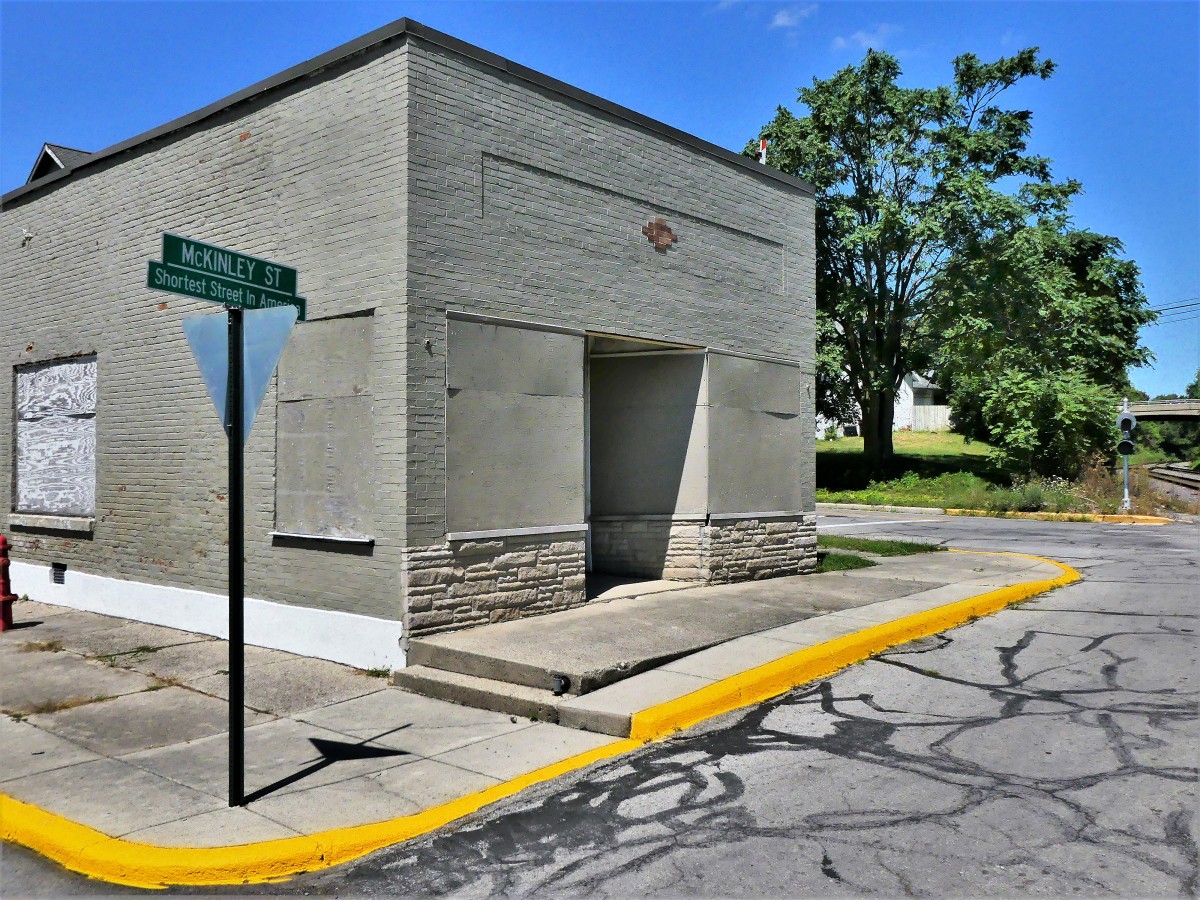 and recognized nationally as the shortest street in America, or the corners of No Parking and No Parking.