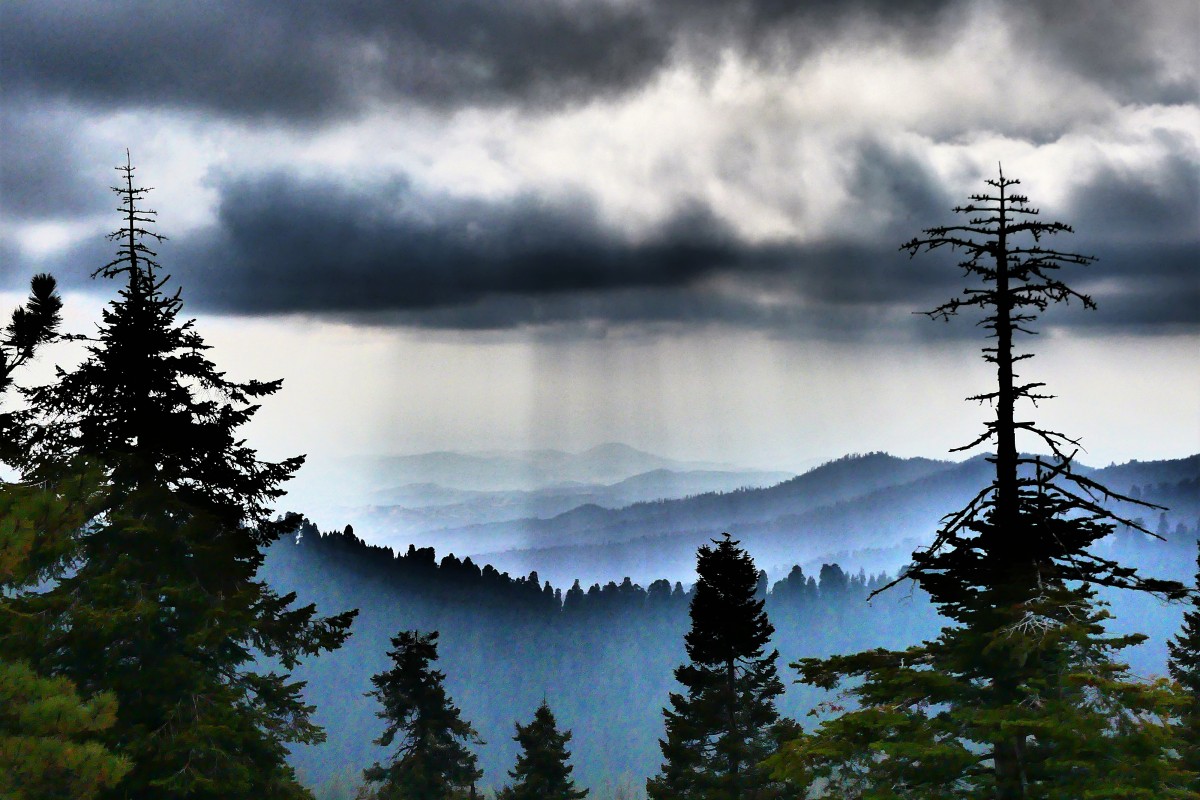 “Size matters!” has long been considered a hard fact among those who measure the enormity of things, and eagerly justify the value of their preponderance. Yet all things big begin from most things small, and that’s the long and short of it. While this may come as a relief to many who seem challenged by the limited extension of their personality, it comes as no surprise to sequoias that have sensed this for millions of years.

Giant sequoia trees are native to the western slopes of the Sierra Nevadas, where they grow exclusively in protected groves. Every tree starts from a firm cone no larger than a chicken’s egg–

–each one releasing thousands of seeds resembling oat flakes, hoping to take advantage of a litter-free forest floor made fertile by fire.

Flash forward 2400 years, and if the then-seedling hasn’t been logged…

…or besieged by fire (although its bark can be 3 ft. thick to ward off the effects)…

the result is the General Sherman Tree:

the largest living organism in the world! While not the tallest tree (Hyperion, a California redwood is 380 ft.), or the widest tree (an Oaxacan cypress tree has a 38 ft. diameter), or the oldest tree (Methuselah, a 5,000-year-old bristlecone pine tree exists in California’s White Mountains), General Sherman’s statistics make it the most massive tree: 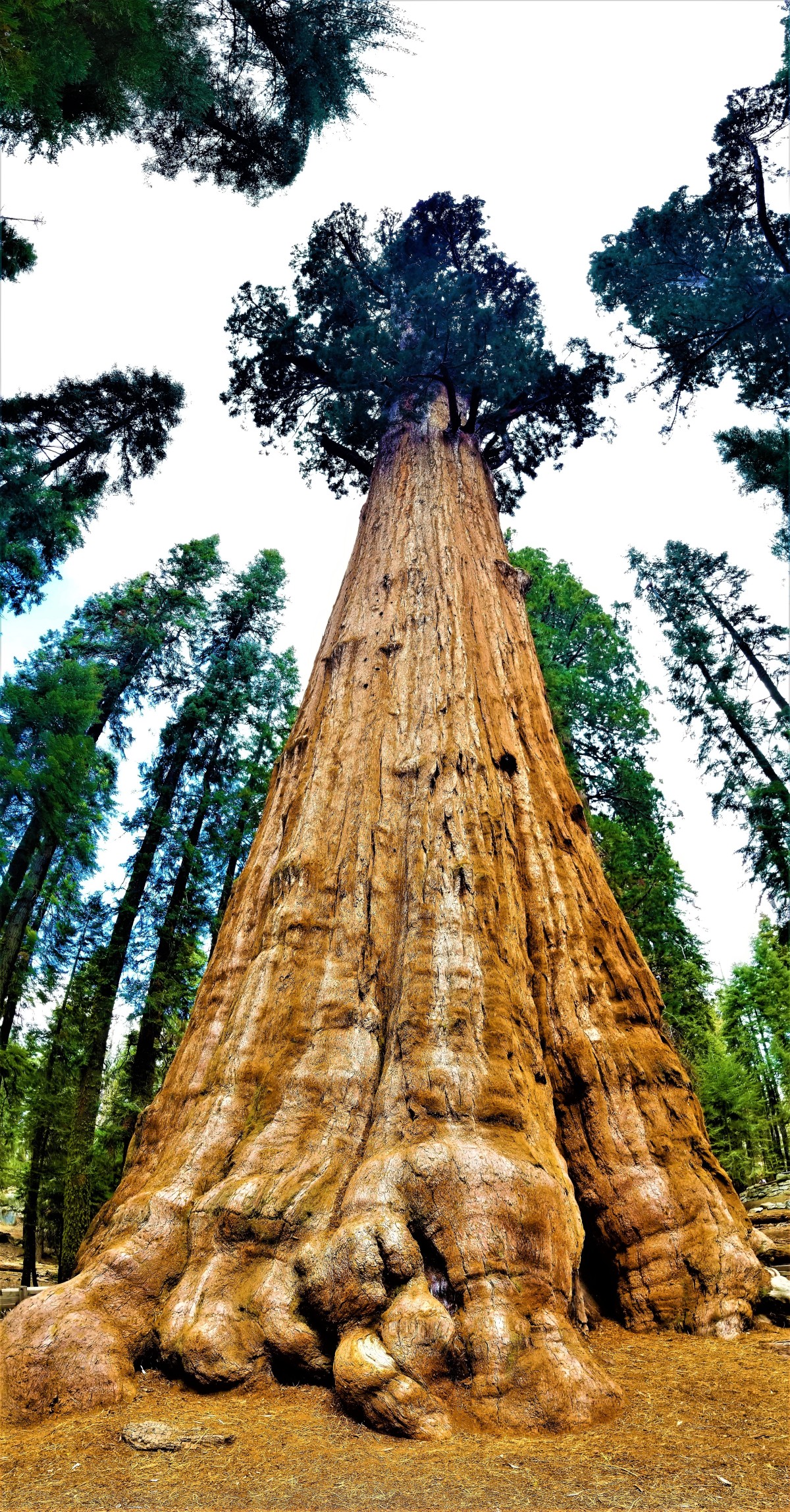 Putting things into perspective, the General Grant Tree, connected by Generals Highway and located only miles away in Kings Canyon National Park, is the second largest living organism in the world, at 268 ft. tall with a trunk that’s 1.5 ft. thicker.

Although Sequoia National Park shares billing and borders with Kings Canyon National Park–to its north and west–it’s easily the more accessible of the two, with 18 miles of corkscrews and whiplash hairpins, climbing 5000 ft. in elevation from the foothills, until the Giant Forest trails can be appreciated.

Along the way, a view of Moro Rock–a granite dome-shaped monolith–beckons the adventurous. 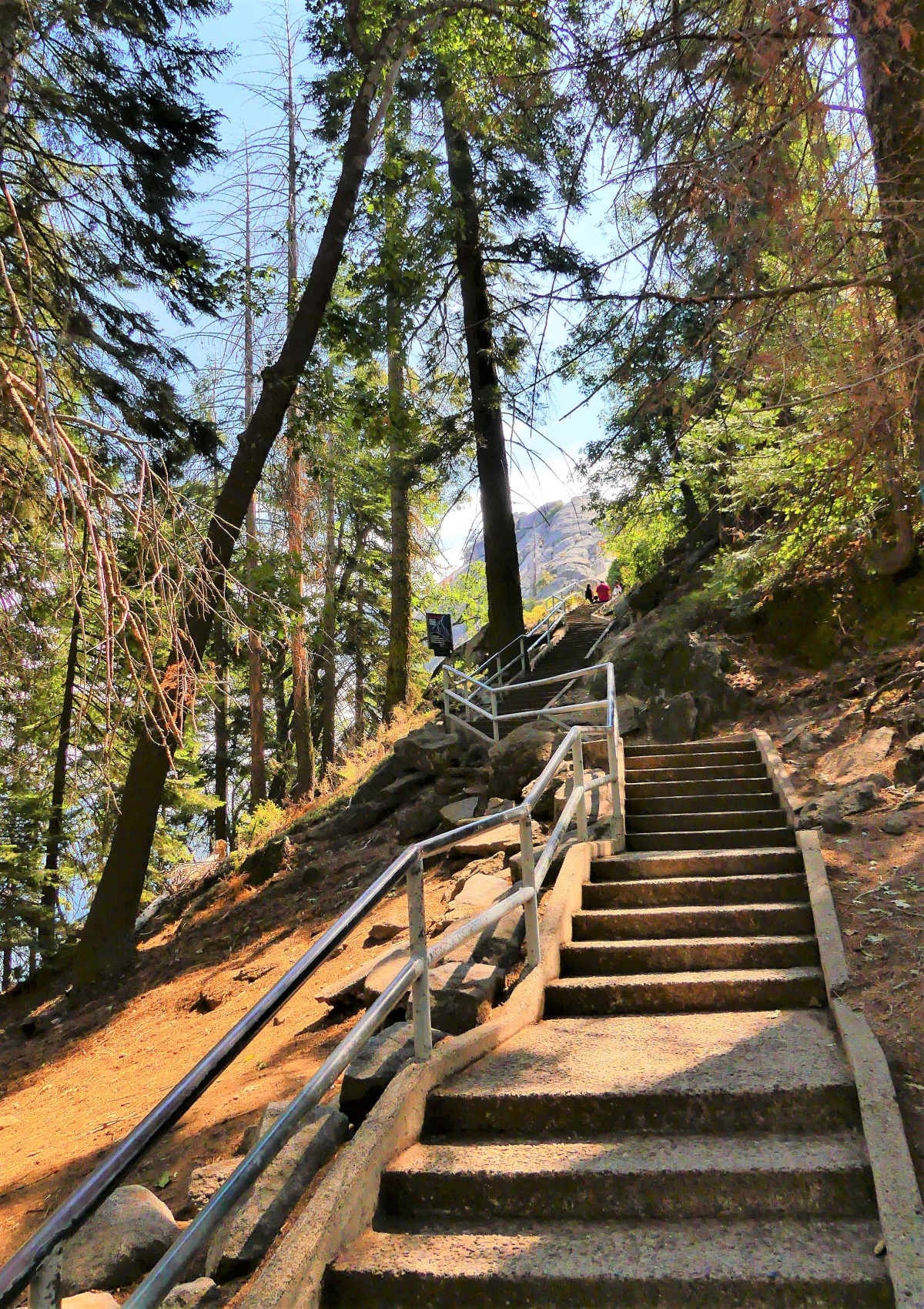 offers a forever-hazy glimpse of the serpentine road and Ash Peaks to the west, 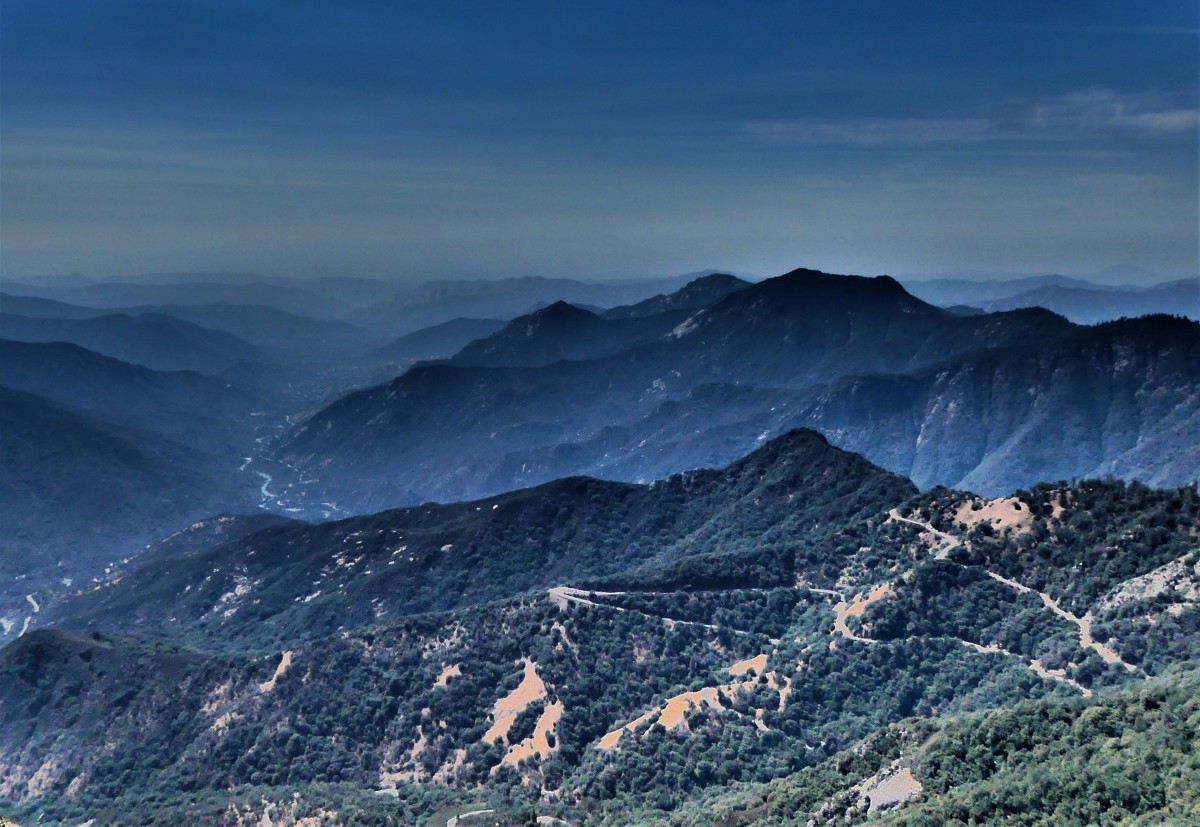 and amazing panoramic views of Kings Canyon’s dominant saw-toothed ridgeline to the east,

which unfortunately obstructs the 14,494 ft. peak of Mt. Whitney, the highest point of the lower forty-eight.

Crystal Cave is another large attraction wrapped up in a small package that’s deserving of attention. While not the largest cave–with a network of only three miles of which 1/2 mile can be toured–it is a jewel of marbleized and crystal formations that reaches back in time nearly two million years.

A scenic 1/2 mile hike along a cliff trail of potential obstacles and hazards (poison oak, rock falls, and rattlesnakes) down to the miniature falls that begets Yucca Creek…

becomes the watering hole for fifty amateur spelunkers who gather before entering through the iron spider gate. 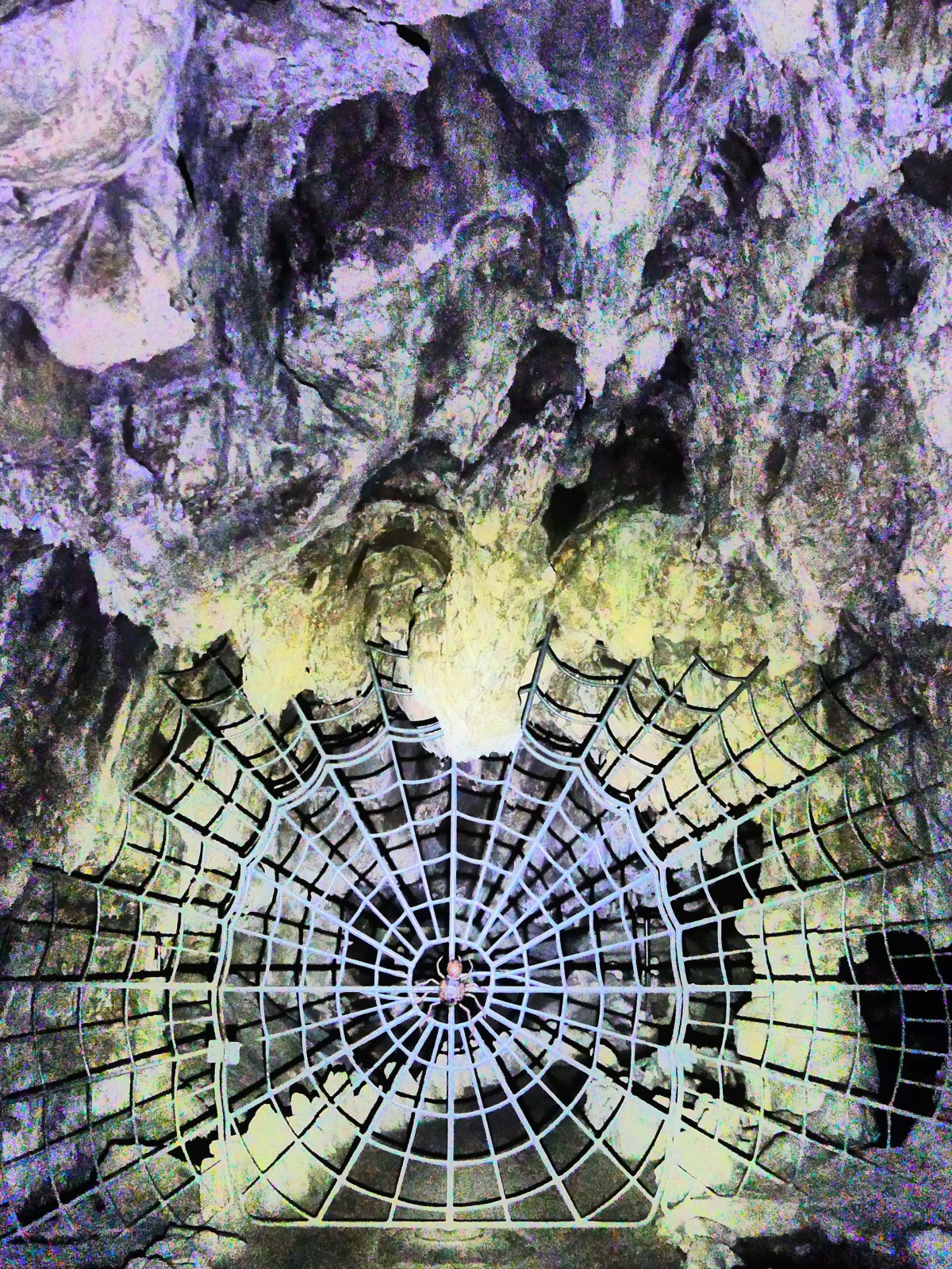 Immediately, the presence of water dominates the cavern. From the flume of rushing water over a bed of blue and white marble at the entrance, 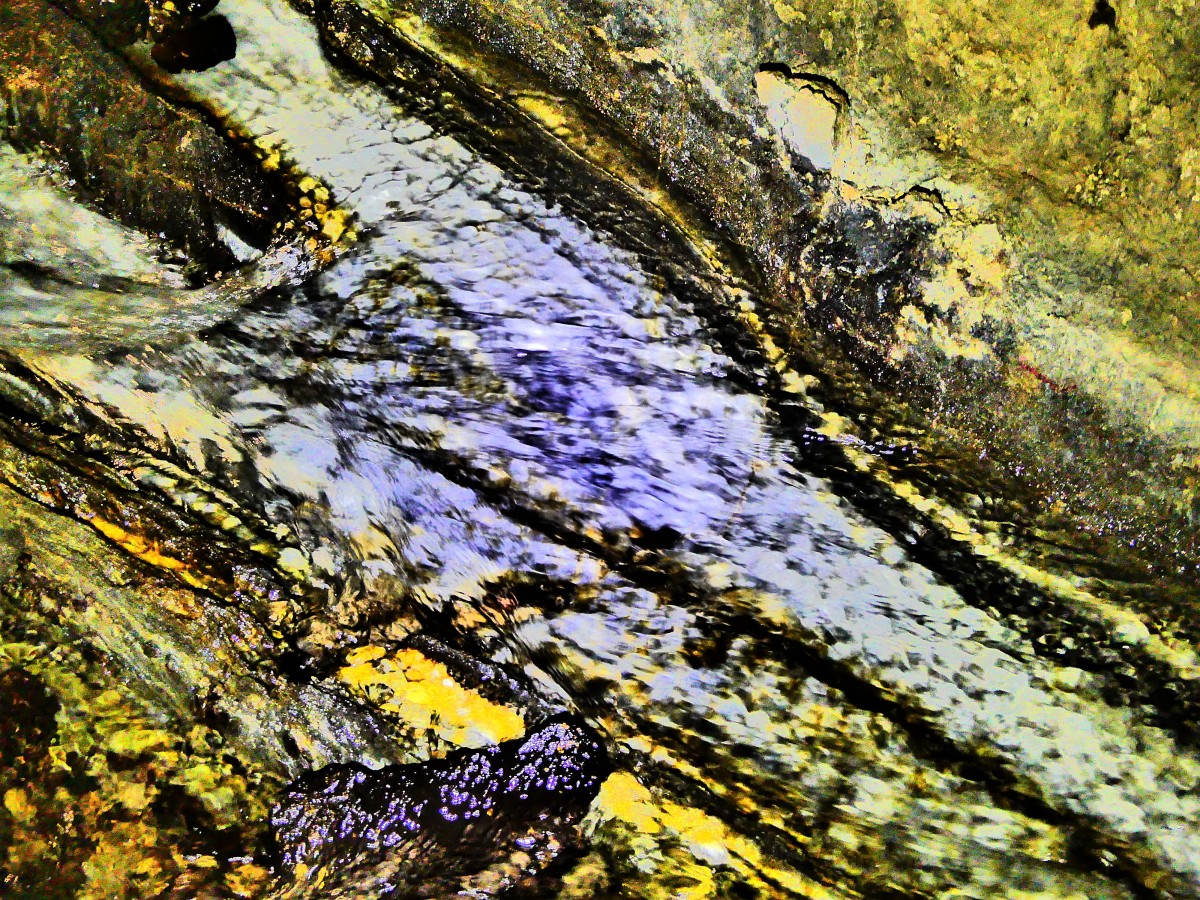 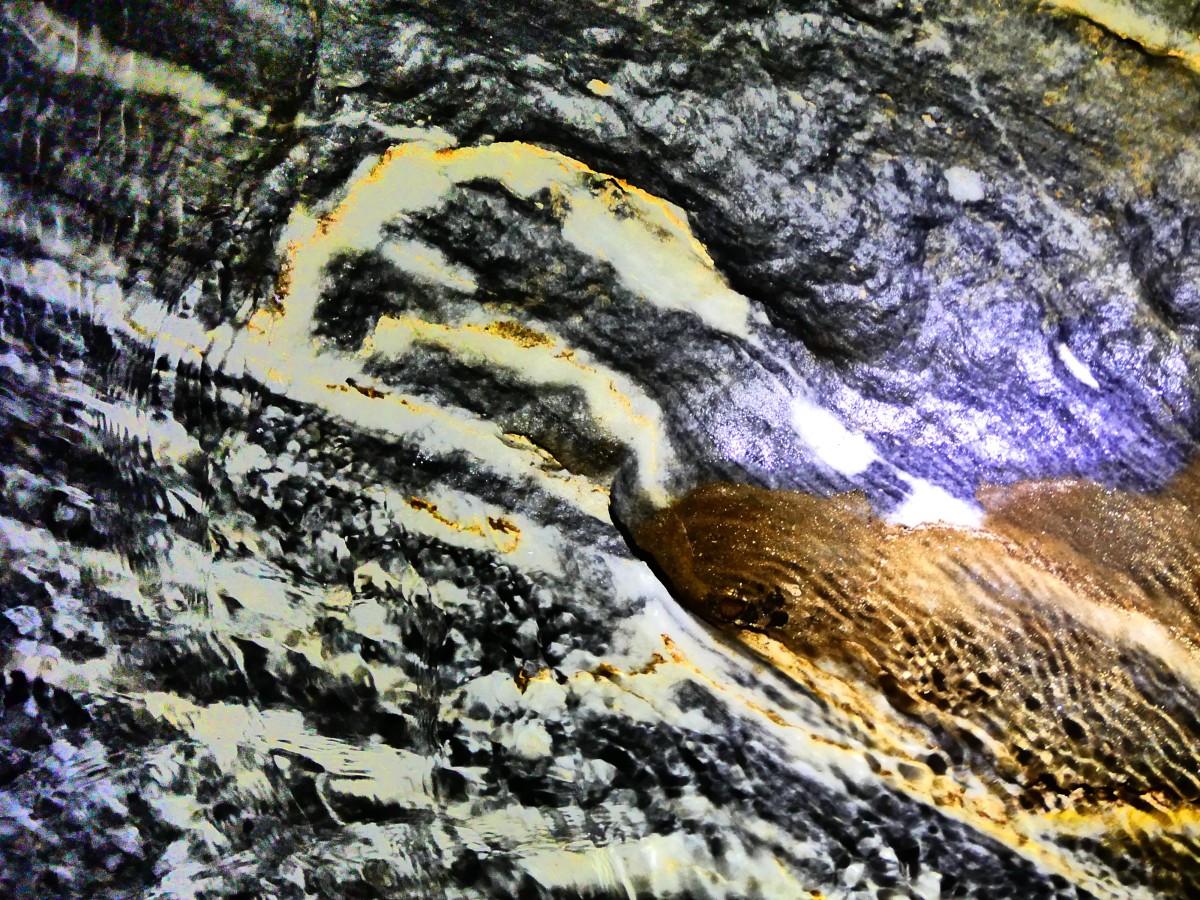 to the drip, drip, drip of ever-growing stalactites,

and the ripple across the calcite-rich pools that spawn glistening pearls and terraced ridges. 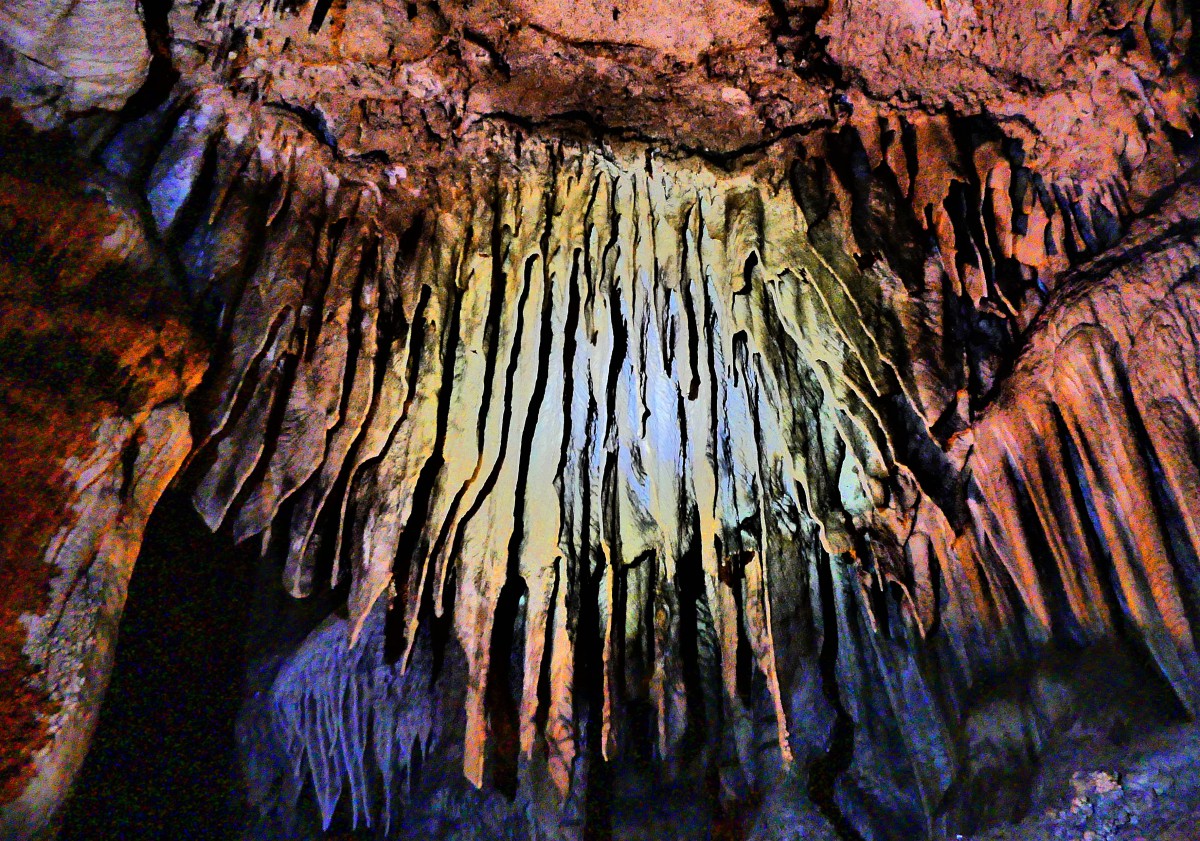 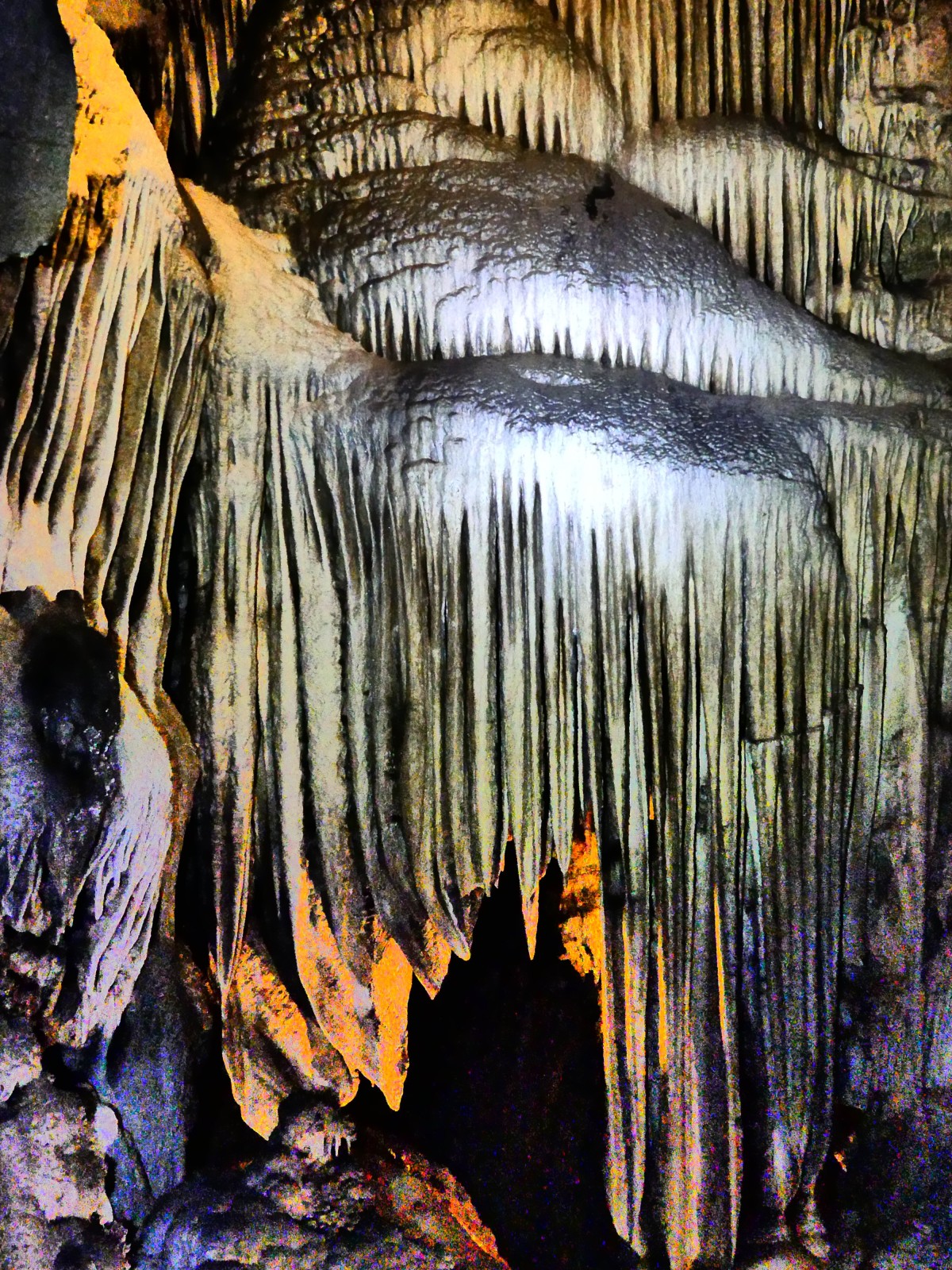 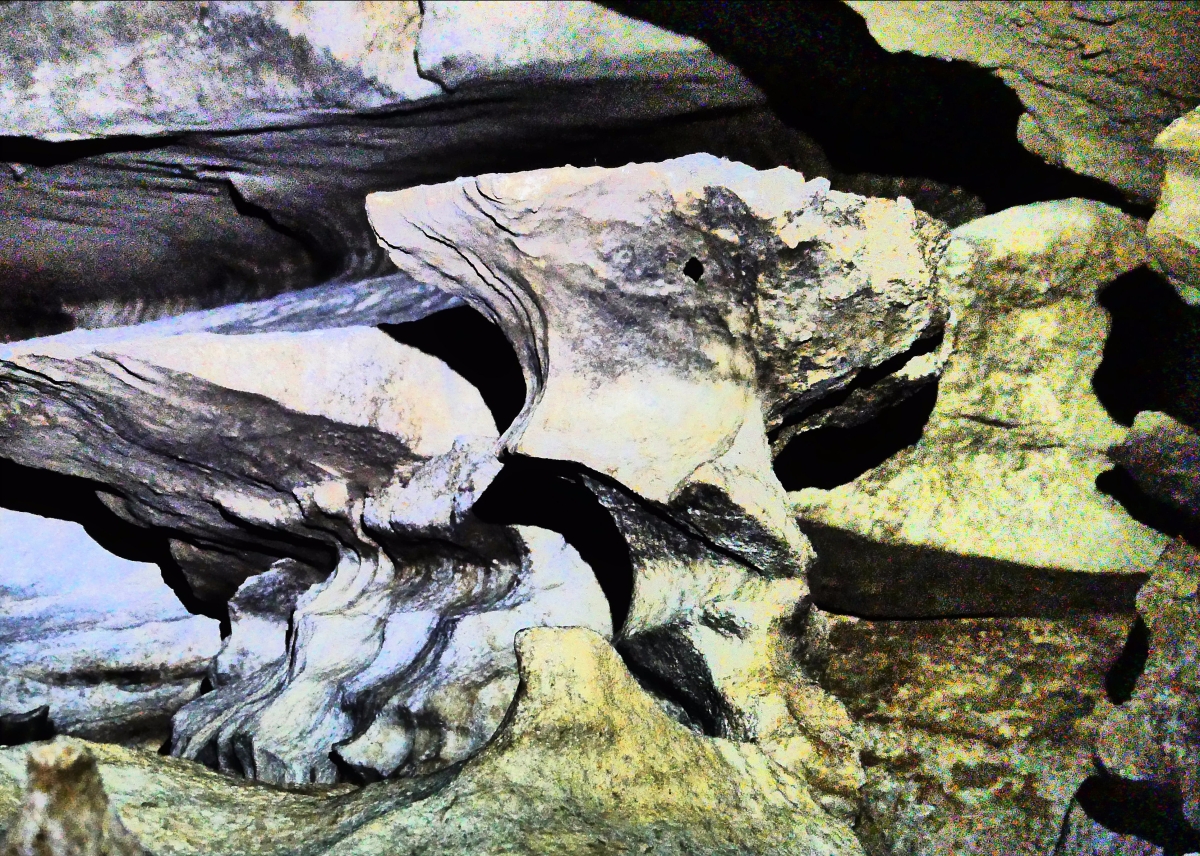 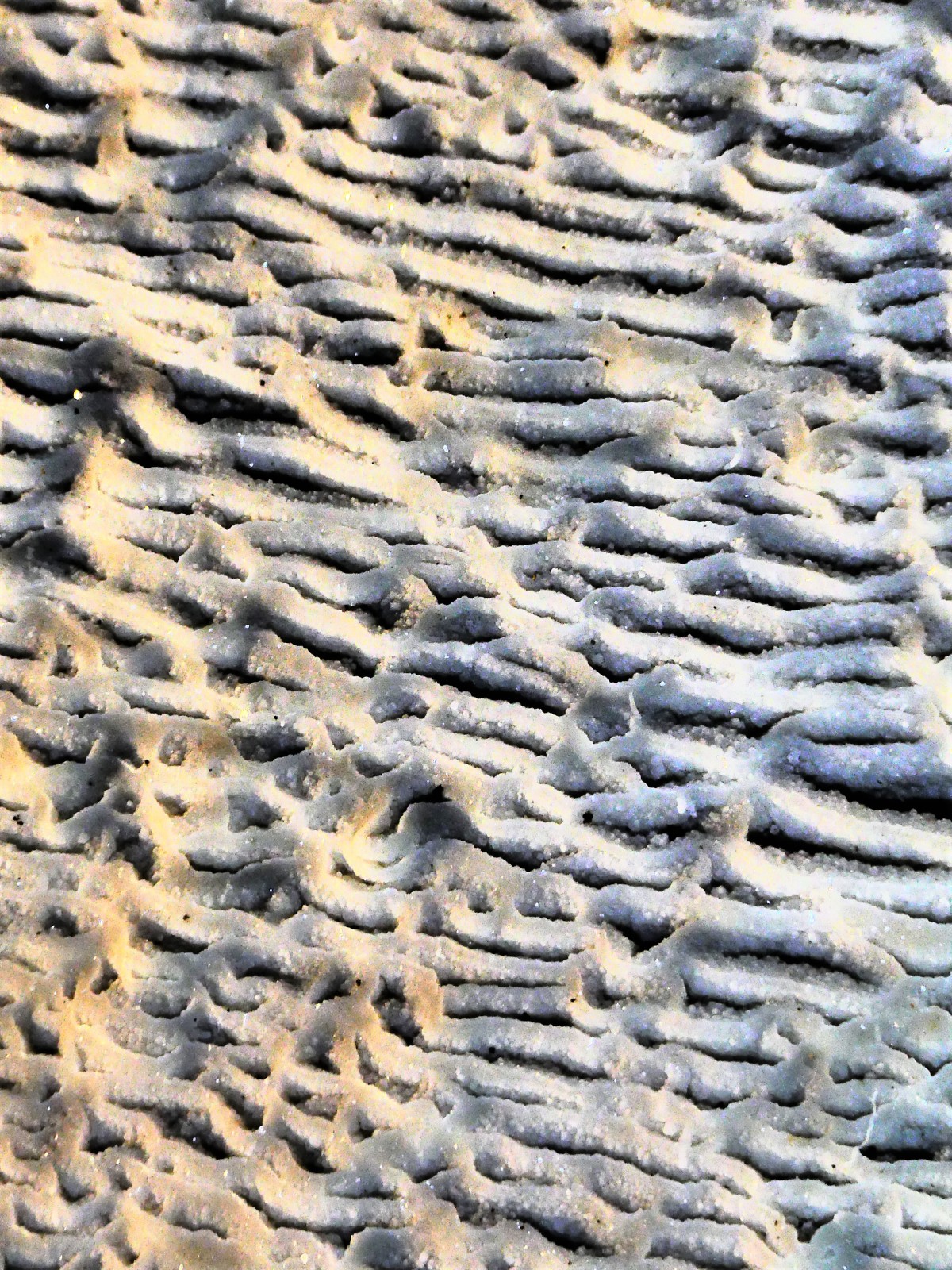 …proving once more that bigger is not always better, and true value cannot be measured in increments of worth.

It’s easy to get lost in the details. It’s the basis of most disagreements. It’s the bellwether of how people are judged. It’s the downfall of many photographers. Taking the time to see the whole problem, the total person, the bigger picture gives us the confidence to believe that big things come in small packages.