Dave was our guide for the 90-minute bunker tour below The Greenbrier in White Sulphur Springs, WV. 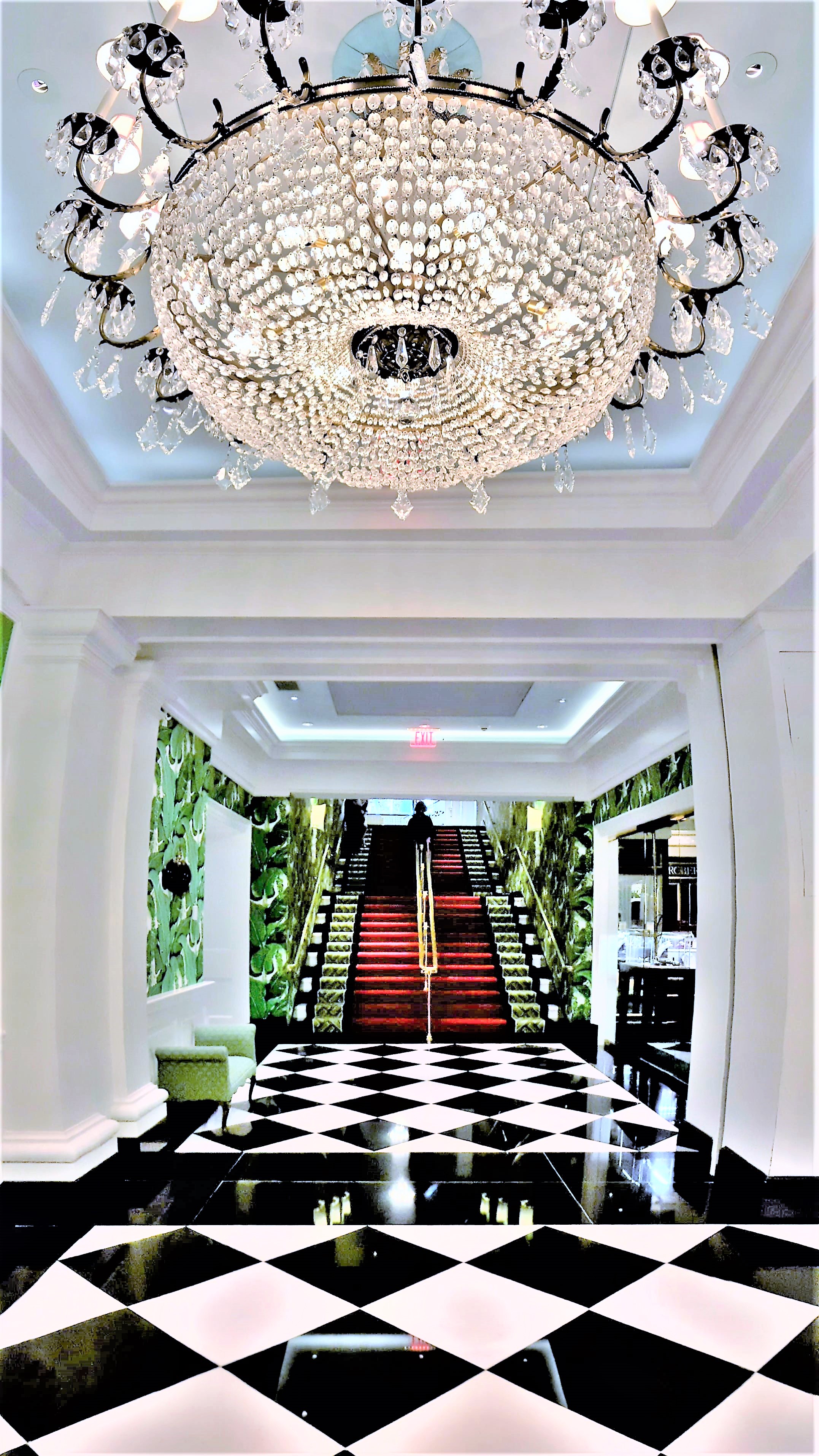 It was Dave’s 532nd tour in the two and one-half years since he retired from selling Chevys in town. His wife had begged him to go out and do something that will keep him away from her while keeping him fit. Always a fan of history and meeting people, Dave now claims he’s found the perfect job since it requires walking just over I mile per tour while he lets us in on a secret withheld from the public for thirty years.

Dave led us past the hotel indoor swimming pool, built in 1914, 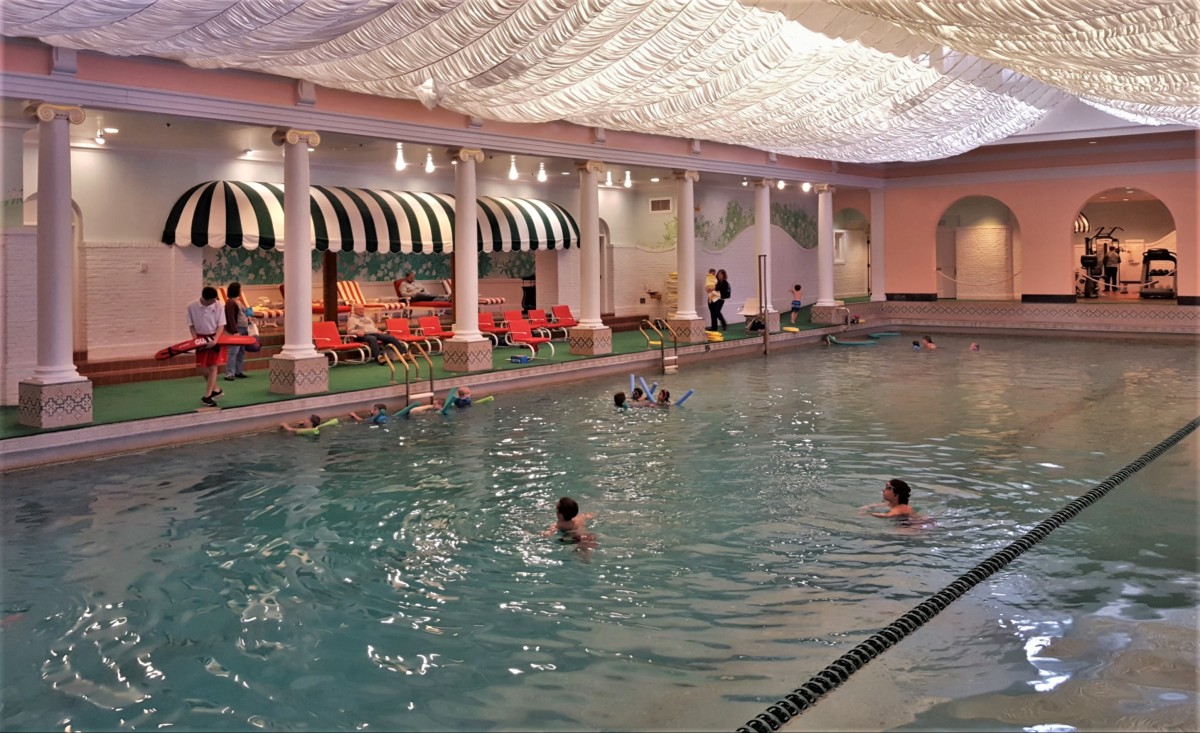 and considered the largest of its kind, built at the turn of the century.

Dave revels in the trivia.

“Do you know,” he asserts us, “that this pools has exactly 961,000 individual tiles set into the pool walls and floor, and I challenge you to tell me otherwise.”

Dave leads us through the ballroom, 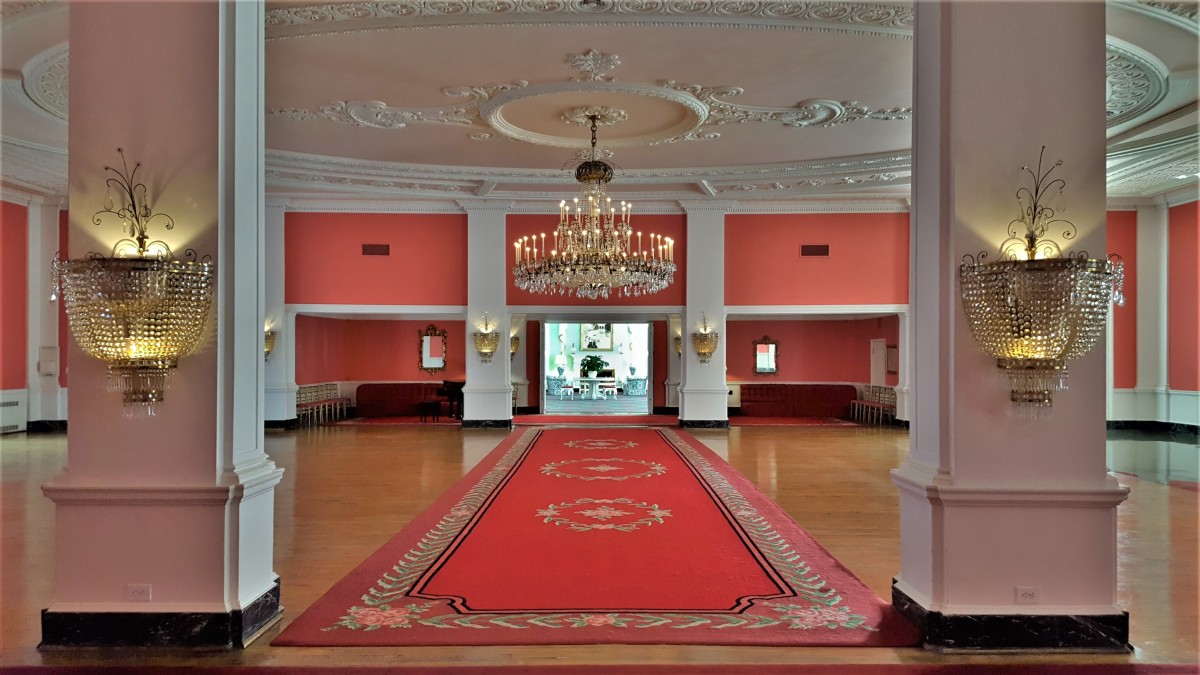 and towards the newer wing.

Dave explains that Ike commissioned the clandestine bunker during the height of the Cold War so Congress could be sequestered in the event of a nuclear attack on DC. While it would not withstand a direct hit since it was only 60 ft. below ground, it could seal and protect against radioactive fall-out. The 2-level 112,00 sq. ft. bunker was built between 1958 and 1961, 720 ft. into the mountainside beneath the newly conceived West Virginia wing of the opulent hotel, so as not to attract public attention.

The bunker was readied daily–just in case–by attendants who masqueraded as TV repairmen, and remained secret until the Washington Post broke the story in 1992, calling a halt to Project Greek Island.

Dave also speaks highly of white knight, billionaire Jim Justice, who owns the hotel and also occupies the governor’s mansion in Charleston. Despite being a Democrat, Justice was elected last November with 49% of the vote in a self-funded campaign, despite Trump carrying the state by nearly 70%. Justice rescued the Greenbrier from insolvency in 2009, and spent $100s of millions on refurbishing, including a casino that required a county referendum to pass. 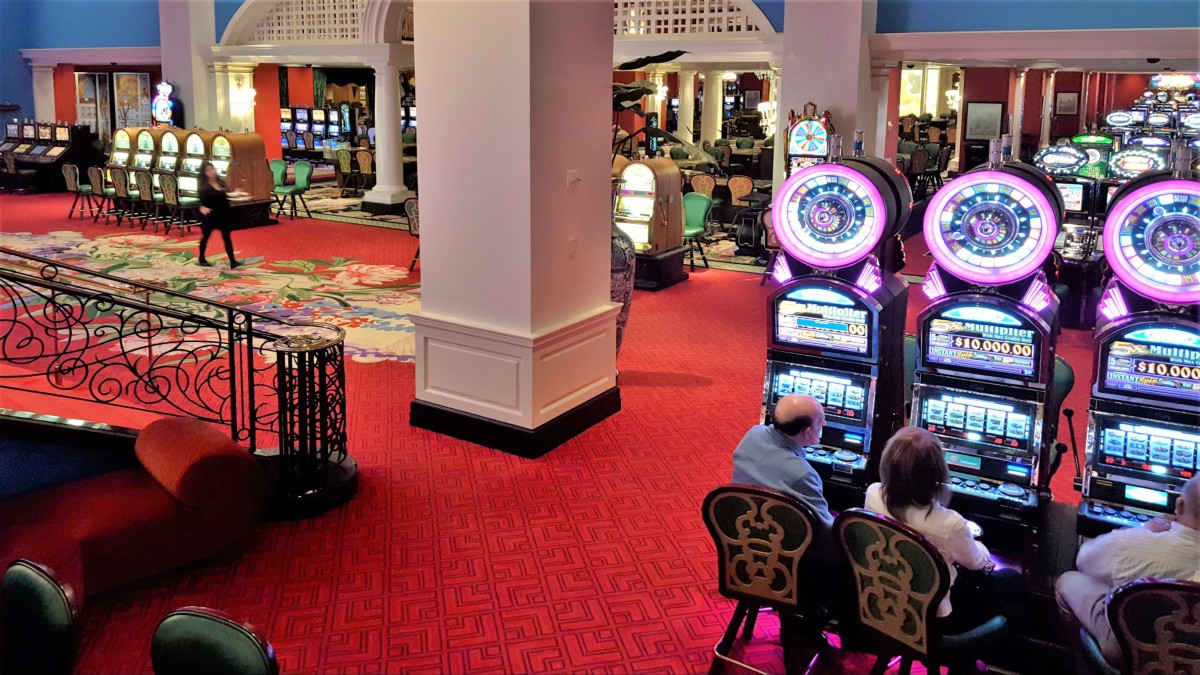 A final thought: While I understand the principle behind building and supplying the bunker back then to preserve and protect Congress for the continuity of our democracy, there’s no way that I could justify a safe refuge for today’s elected Representatives and Senators. There’s no way they deserve to survive us all.

The breaking story that put an end to the bunker that was hiding in plain sight:
http://www.washingtonpost.com/wp-srv/local/daily/july/25/brier1.htm

The Greenbrier boasts about itself:

2 thoughts on “There’s a Bunker in the Hill, and It’s Revolutionary!”