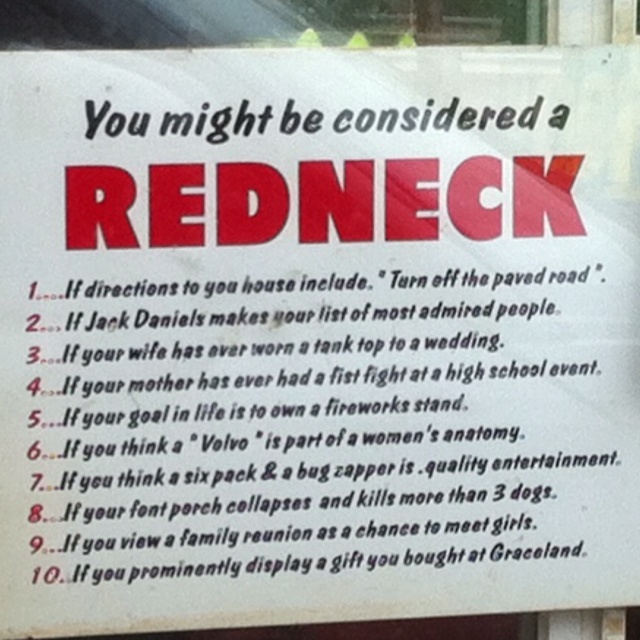 Today I washed my truck. What worries me most is that tomorrow’s forecast calls for rain. Not that I’m worried about it raining–it’s that I knew it might rain tomorrow, and I washed my truck anyway.

And then there was Leah reminding me, “Why would you wash your truck when it’s only going to rain tomorrow?”

“I’m aware,” I confessed, “but it really needs cleaning. Y’know, I think I might be turning into a redneck.”

From the looks of things, I had a valued opinion on the benefit of driving a V-8 with a greater payload capacity, versus Ford’s highly touted twin turbo-charged V-6 that promises 10% more torque–a specification I was willing to sacrifice in favor of schlepping more junk in the trunk. And the pipe welder listened with interest, giving me that “I-know-whatcha-mean” nod.

It’s true that the truck was filthy. Yesterday, we were off-roading on a ridiculously narrow ridge road along Cheaha Mountain, Alabama’s highest peak at 2411 ft., and it was dirty fun.

In my defense, I was only doing 25 mph, but maybe it felt faster to her given the road was badly rutted and had no guardrails to protect against the hairpin switchbacks. Each turn was met with “Oh, God!” by Leah.

When we returned to the Airstream, I noticed that a fine silt had infiltrated the closed bed of the truck through its weep holes, and coated everything with an asthma-inducing dust.

So today, everything had to come out of the back of the truck and be wiped down. Then, I took a hose to the sandy-colored Alabama particulate that coated the floor, and washed it all away. That’s when I got the itch to finish the job, and wash the exterior too. The weather couldn’t have been better–cloudless blue skies and 82 degrees, and it was refreshing working in a tank top and shorts. Surprisingly, Leah got swept up in the activity, and the two of us made short work of the task.

The pipe welder looked out from across the lawn. He was studying for a 100-question re-certification exam on April 20 between occasional tobacco chew spits.

“She sure looks purdy when she’s clean,” he gushed.

I realized I was becoming the person who I referenced in an earlier post (Rig or Mortis), and I was showing off my truck’s shine.

After writing this post, I stopped inside to freshen up, and I couldn’t help but notice my reflection in the overhead vanity mirror. Sho’nuff, my shoulders and neck had gotten plenty of color.