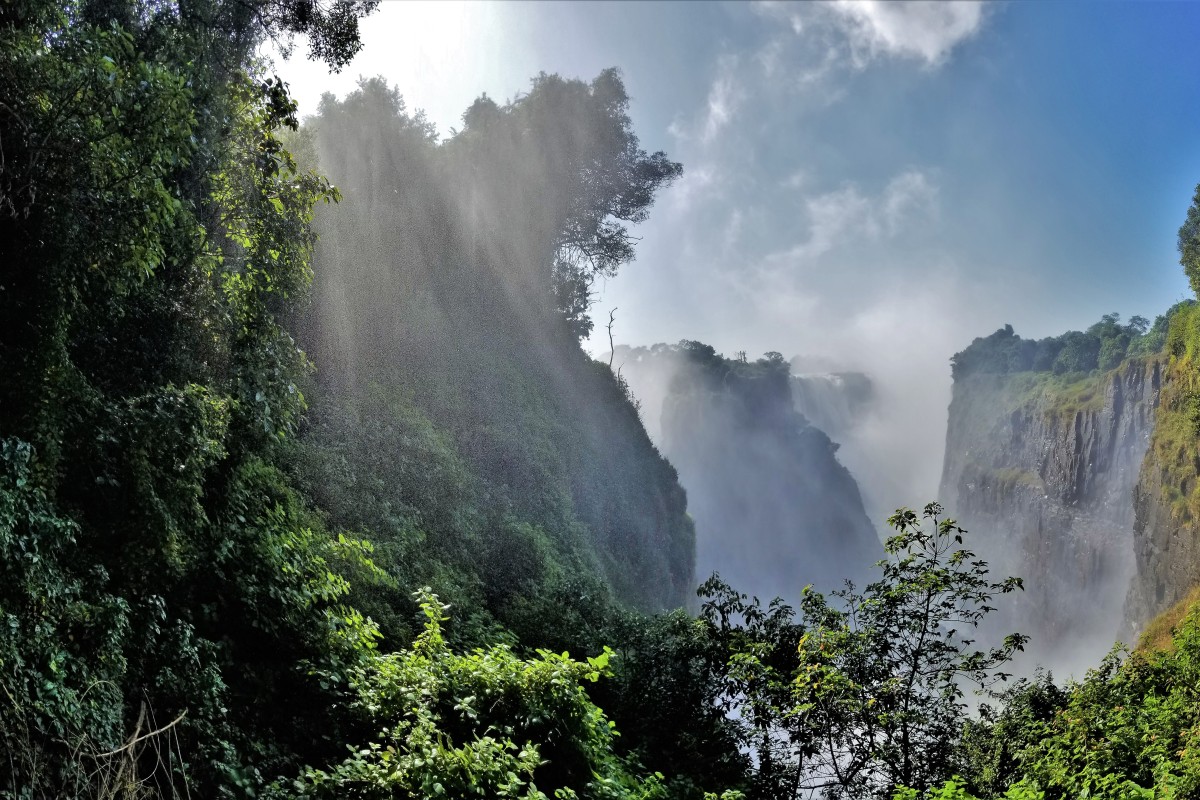 “Prepare to get soaked,” warned Reason, our guide and driver for the day. In anticipation of the “rain”, Reason handed out rain parkas to each of us.

“These will come in handy. You’ll see. The rain will come from all directions,” he said.

We were in for a soaker. According to a park poster, May is considered one of the heaviest high water months. 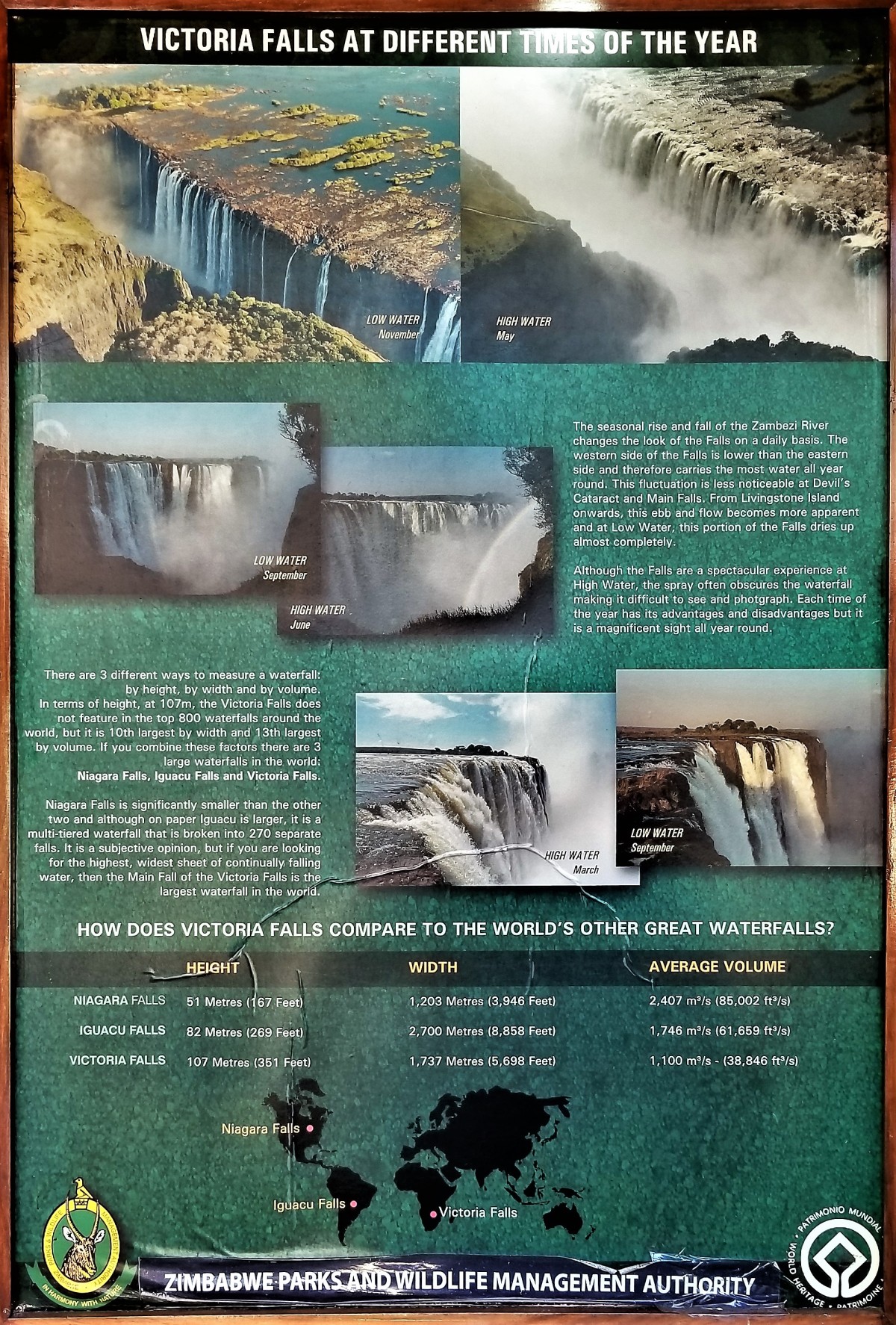 All the rushing water will be amazing to see, if we can actually see it at all through the spray and mist, which can rise over 400 meters…

and be seen from a distance of 50 kilometers. Reason explained that the best viewing along the eastern rim was from numbers 1 through 8 on the path.

“From 8 to 15, you will get drenched. But if the water gets too much for you, there is a detour between 8 and 9, where you can walk inland and dry off.

“What about Niagra Falls? Isn’t that the largest?” asked one of the Canadians traveling with us.

“Sorry. Not even close. Victoria Falls is double the size of Niagra Falls. While it’s not the highest falls–that stat belongs to Angel Falls in Venezuela, dropping 985 meters; and it’s not the widest falls–that record belongs to Iguazu Falls, measuring 2700 meters across, and defining the borders of Brazil, Argentina and Parguay,” Reason clarified, “it’s the volume of falling water, and a combination of everything else that makes it number one…but you will see for yourself. The path is one mile from end to end, and you guys have two hours to experience it, so let’s get wet!” 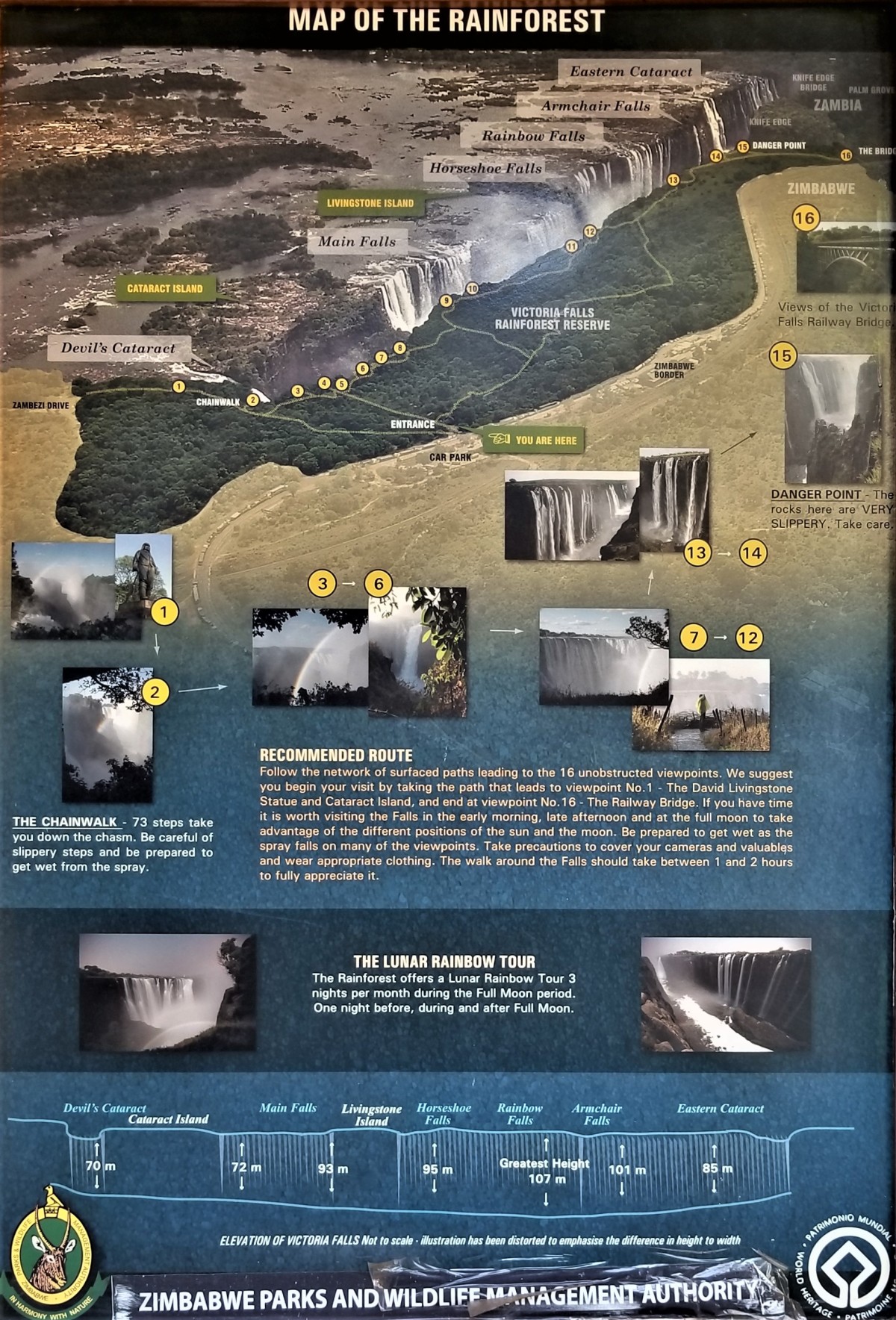 Those panchos looked fine for keeping clothes dry, but my biggest concern was keeping my photo gear dry, so I opted out, and wore my own rain jacket, which was roomy enough to protect my camera from moisture…or so I thought.

From Points 1 through 5 on the walk, the wetness factor–on a scale from 1 to 10–was manageable at 3 for damp. Having a chamois helped to eliminate the mist from the lens hood and camera body between shots, so my shots were still sharp. 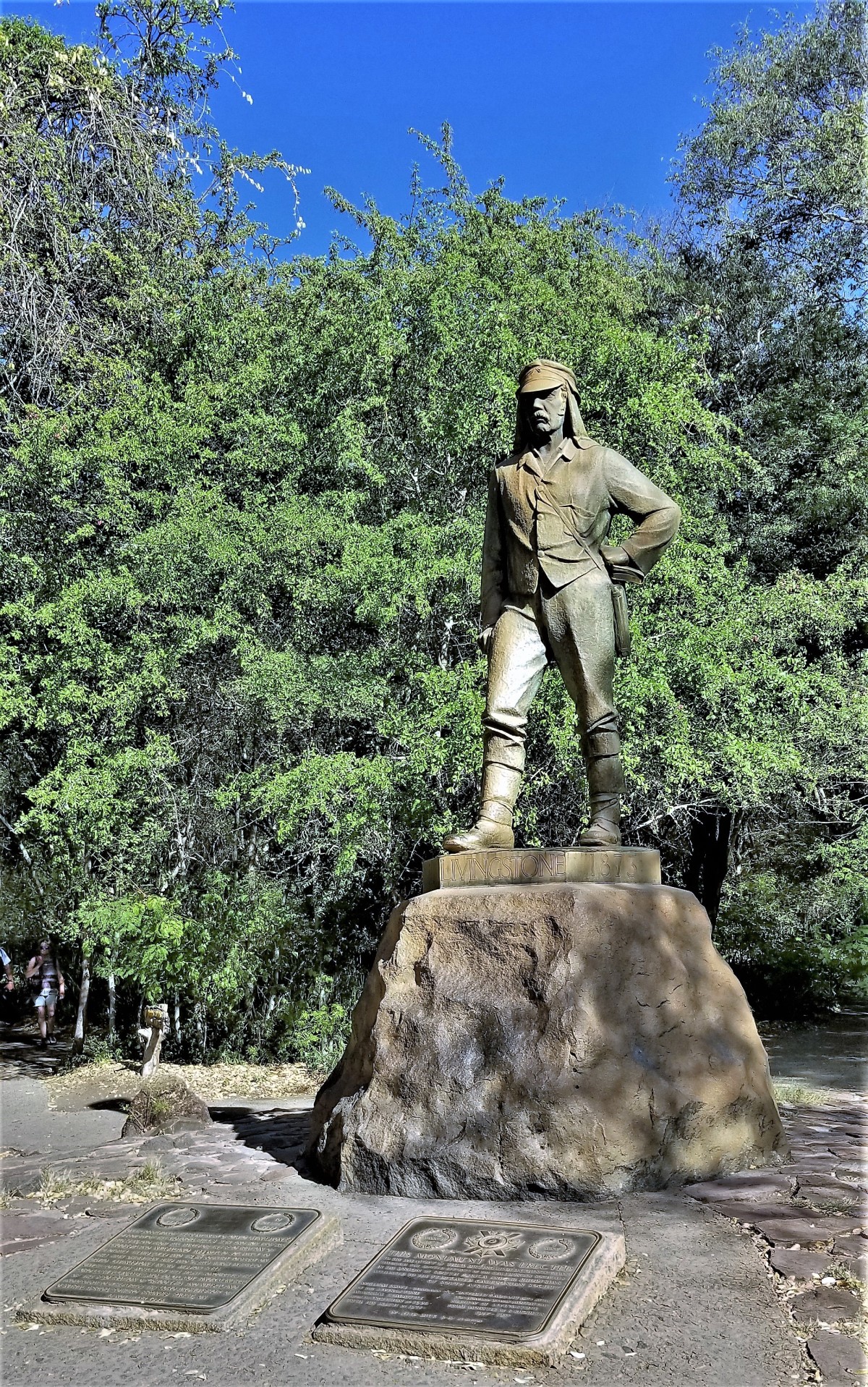 But things got dicey after Point 5. By now, water was dripping from the lens filter, and focusing became nearly impossible with water constantly blowing across my frame. That’s when I switched gears and opted for a more visceral interpretation of the falls, leaning towards a painterly impression. 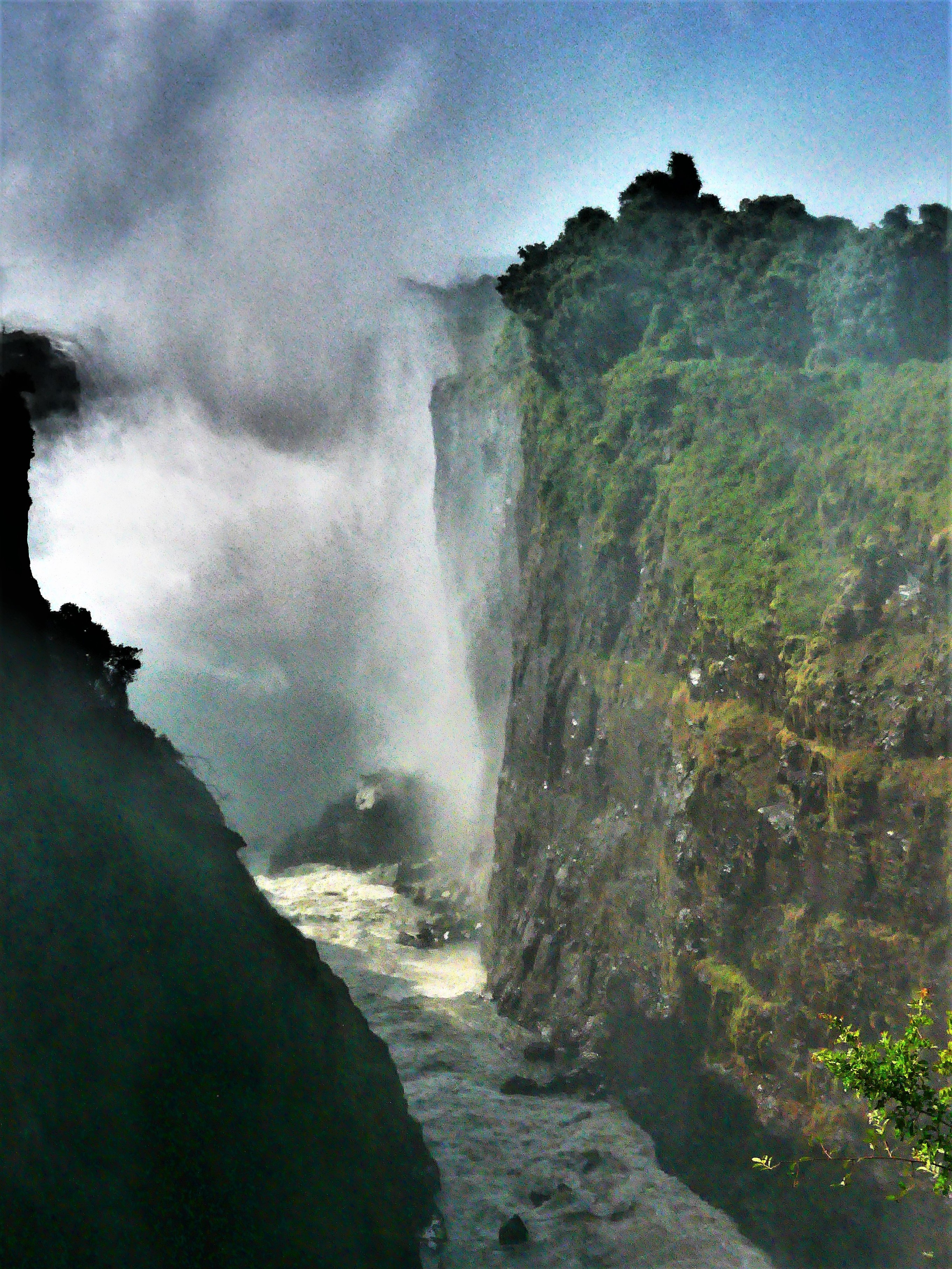 The falls was a dynamic spectacle, that soon became a photographic nightmare. Weather conditions had pinned the needle on the wetness scale, guaranteeing that nothing about me was dry any longer: the plastic shopping bag protecting my camera had filled with water; the monsoon had penetrated my waterproof rain jacket, soaking my clothes from within; and my chamois was useless.

That’s when I turned to my Samsung Galaxy S8, almost too slippery to hold, and captured a few panoramas…

The rain had abated by the time I reached the Victoria Falls Bridge at the end of the trail. 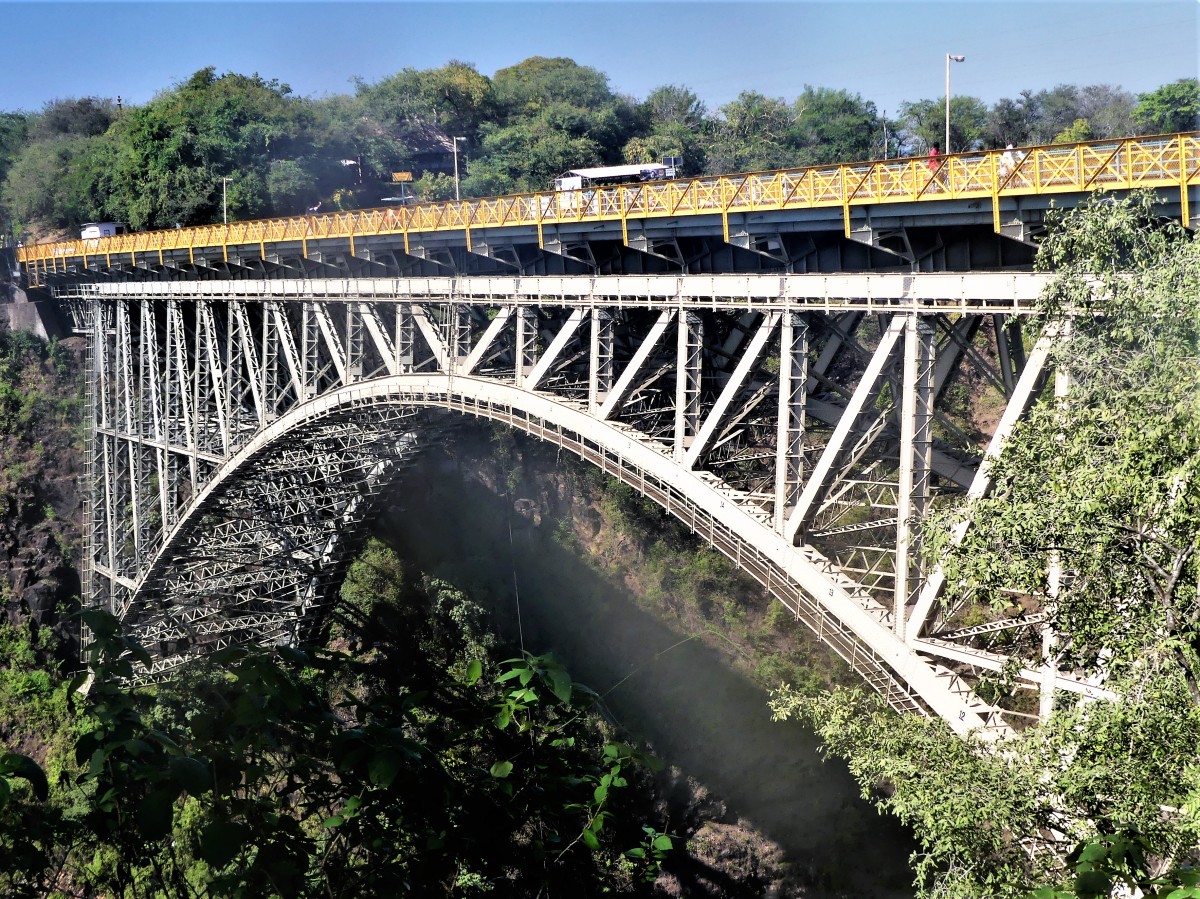 The bridge spans the Second Gorge and connects Zimbabwe to Zambia.

Built in 1903, it was originally conceived as a railway bridge by Cecil Rhodes, an English industrialist, who left his name and colonized imprint on a country (Rhodesia, until 1979) rich in natural resources, and easily exploited for the benefit of the British Commonwealth.

The afternoon was reserved for a sunset river cruise on the Zambezi.

Cruising gently down the river, we drank, we ate, we partied. The captain rounded a bend in the river…

and behold, the omnipresent falls spray was there to greet us. 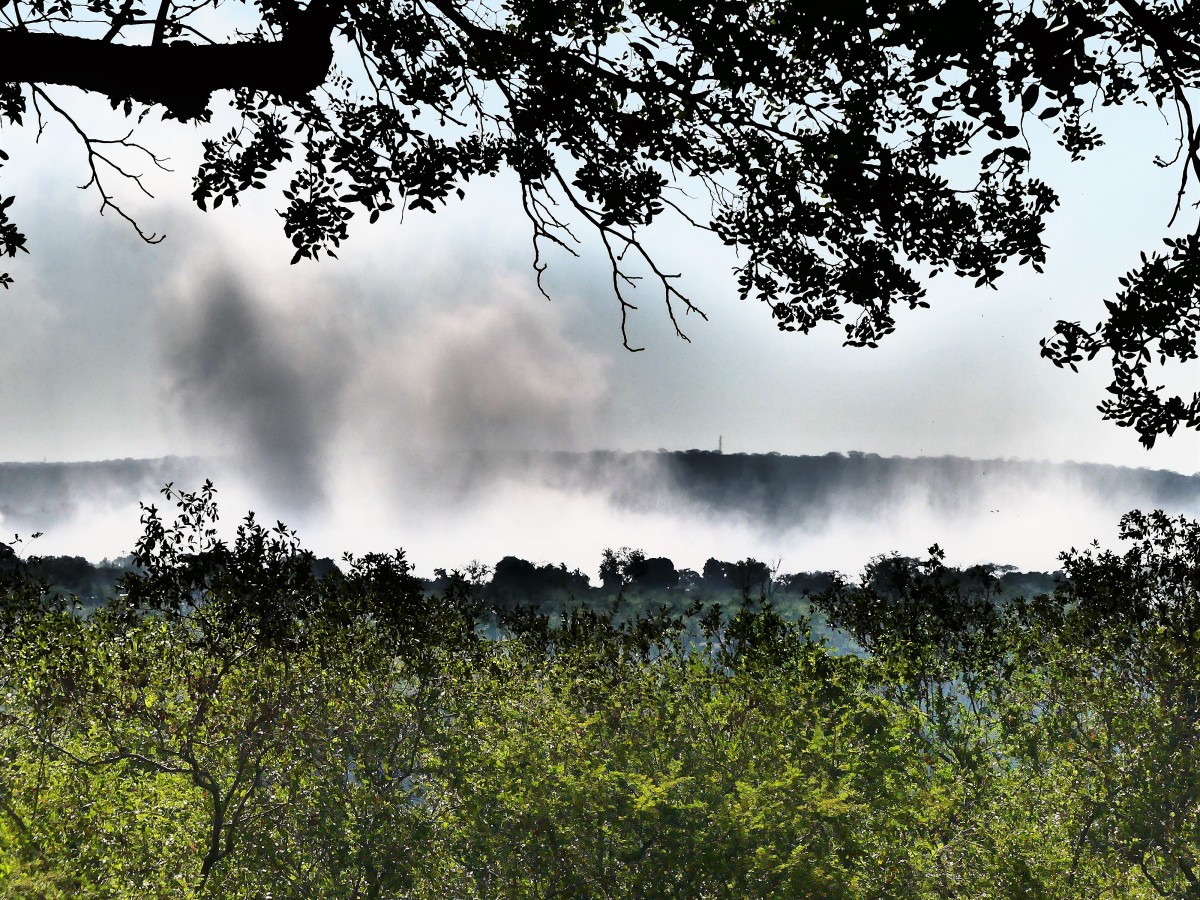 With the day losing light, the night lillies have unfolded…

and the hippos have gathered…

with all the celebrants aboard our neighboring vessels… 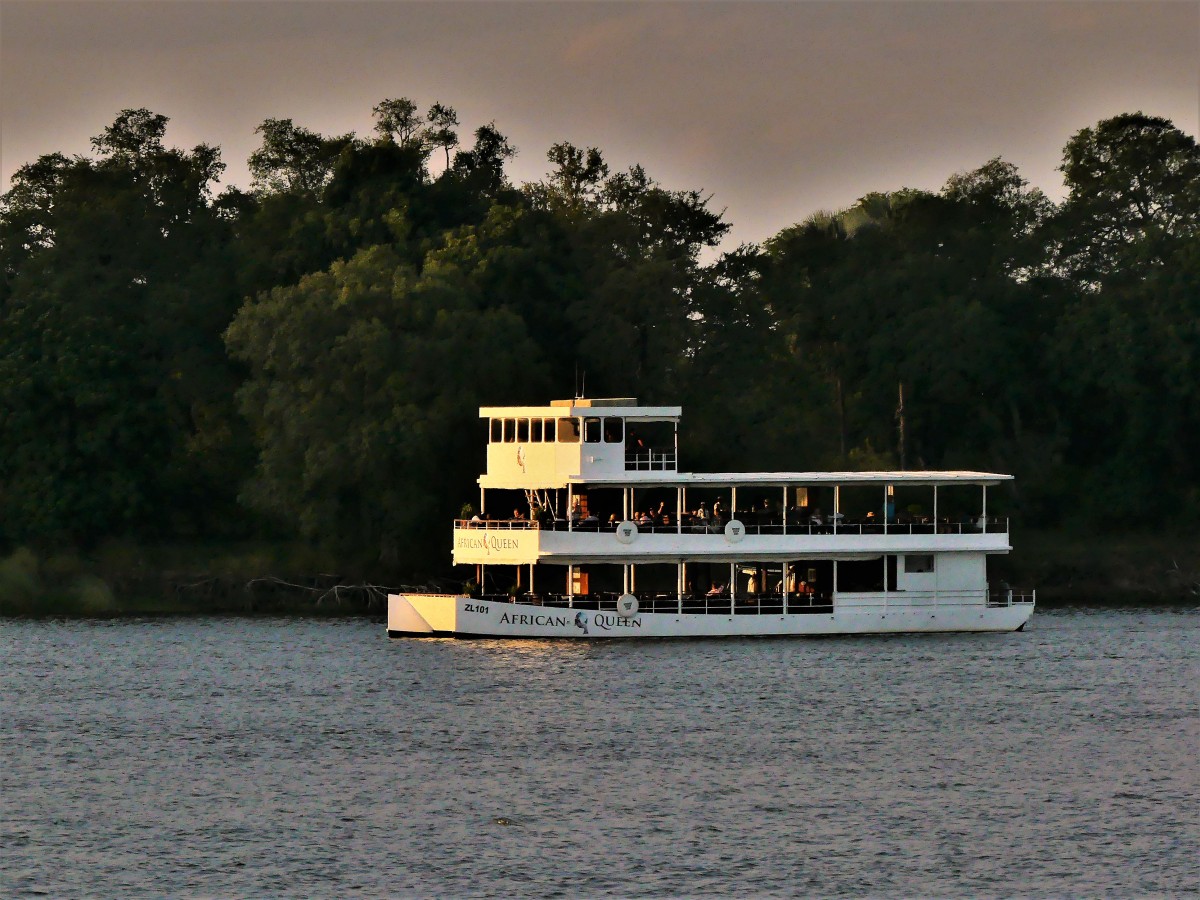 to toast the sunset one last time. 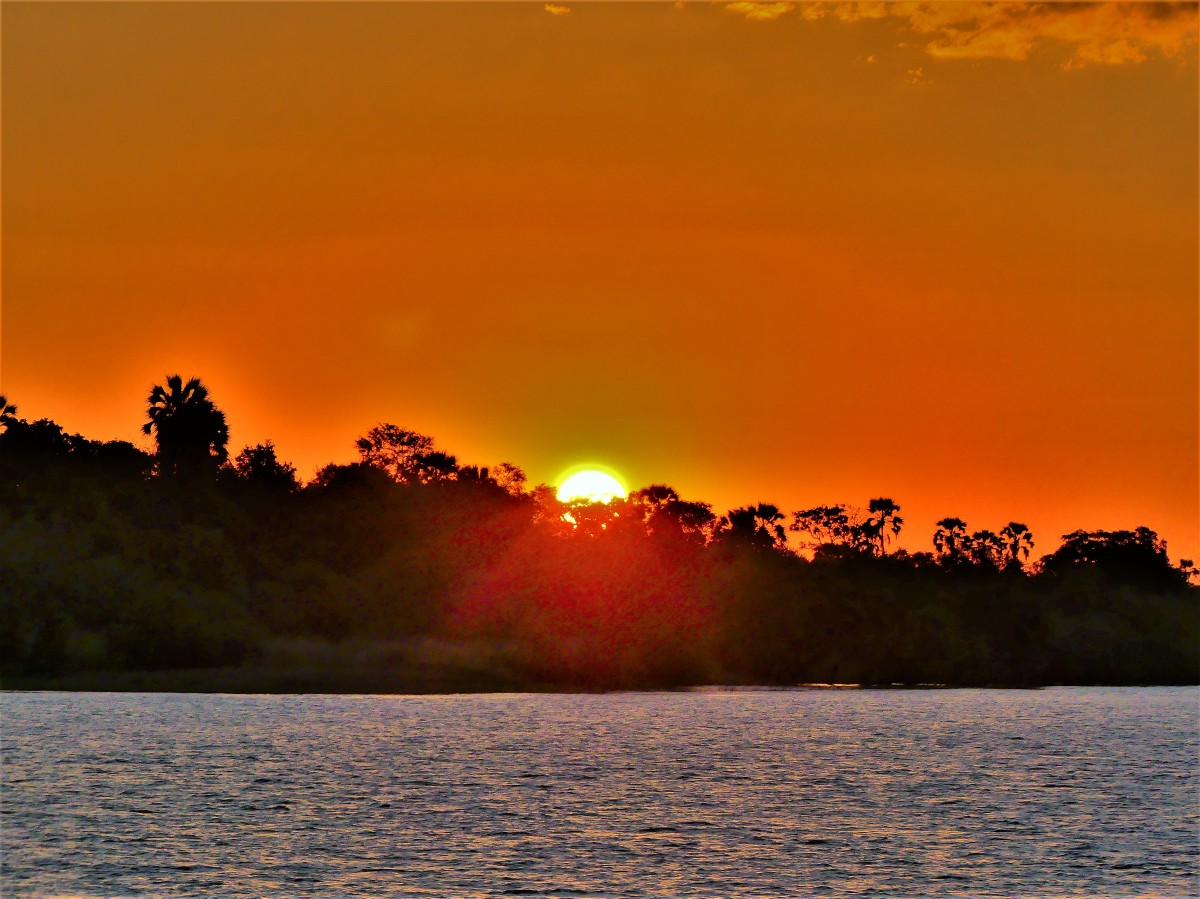 5 thoughts on “Victoria Falls by Land and Water”