and remains the largest private residence in America, with 250 rooms covering 175,000 square feet.

The fourth and fifth generation of Vanderbilt descendants continue to operate the estate as a tourism mecca, welcoming the general public since the Great Depression, and generating needed income to preserve this Versailles-inspired masterpiece.

A variety of tours around the property are available, including: insight into the design, technology, and construction; biographical nuances about the owners and guests; historical notes on the rare artifacts and art collection; and upstairs-downstairs living comparisons.

We started our day by cycling through miles and miles of groomed gardens and grounds, 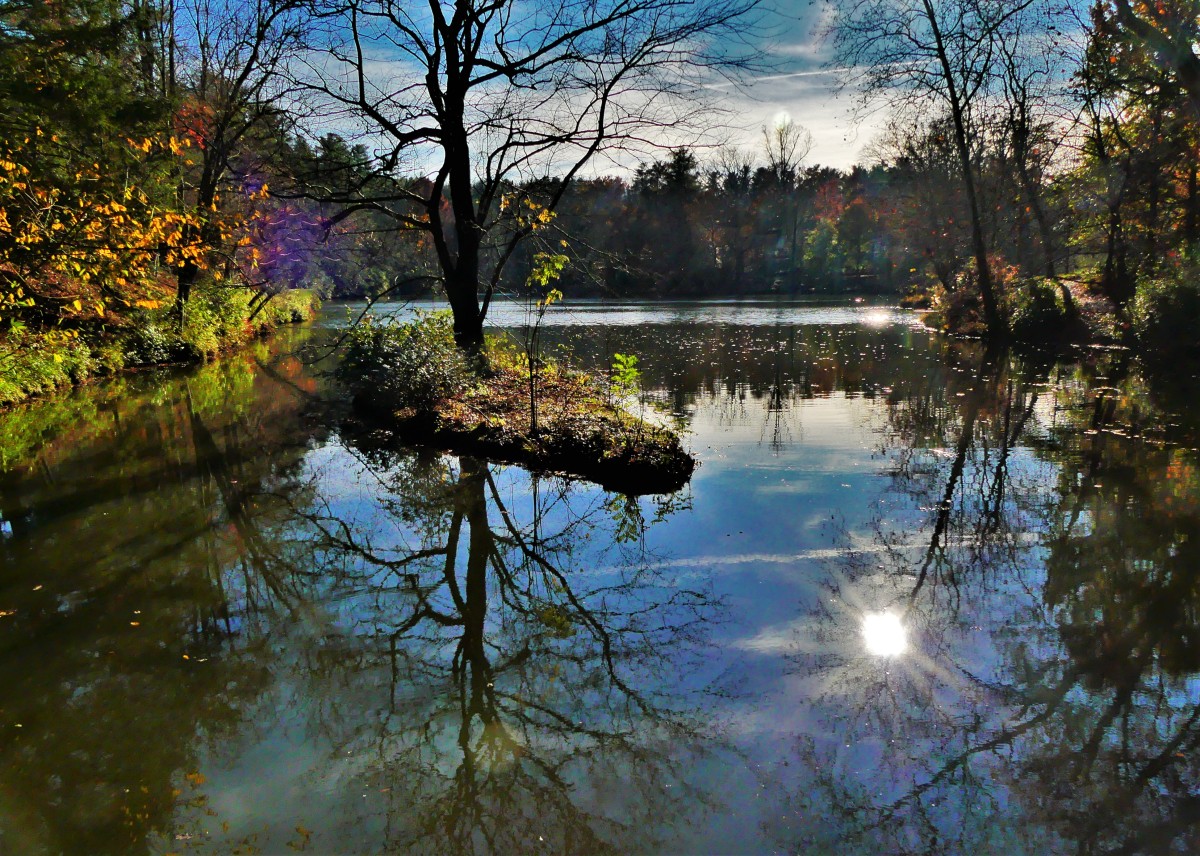 to gain a better perspective of the castle on the hill, 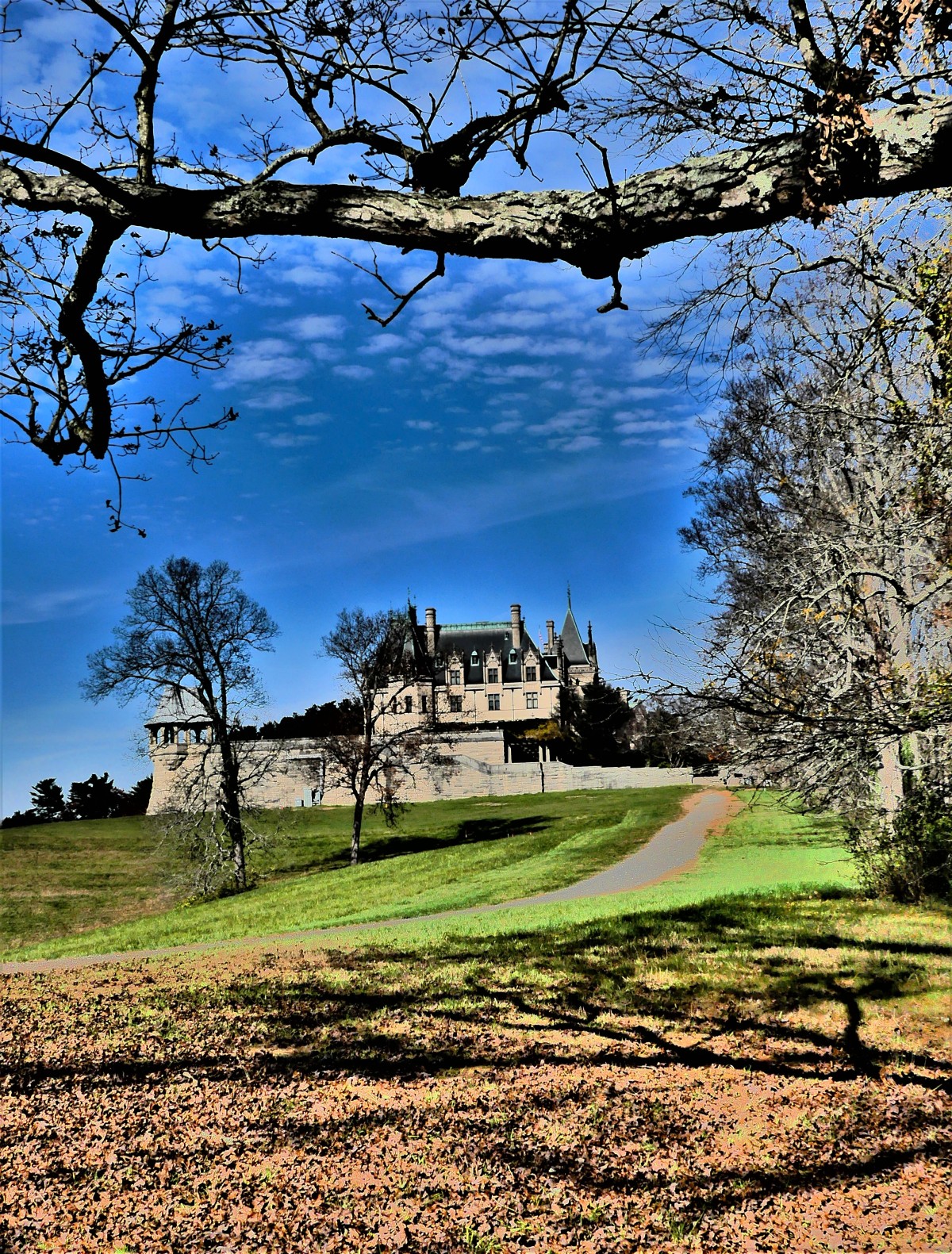 while surviving the first wave of Asheville’s brisk winter air.

By late afternoon, we’d had our fill of chill, and eagerly sought the warmth of the Biltmore House. We opted for a self-guided house tour of selected rooms that allowed us to visit at our leisure. The programmed route was matched to an accompanying booklet that provided brief reflections and information highlights that has assisted me in captioning the many photographs taken as we moved from room to room.

Our first impression of the residence upon entering the Entrance Hall was sheer wonder and amazement. Looking skyward through the spiraling staircase, was the perfect foreshadow of the immensity and grandiosity of what was to come.

Just beyond the center hall stands the Winter Garden,

an acoustic marvel for instrument and voice. 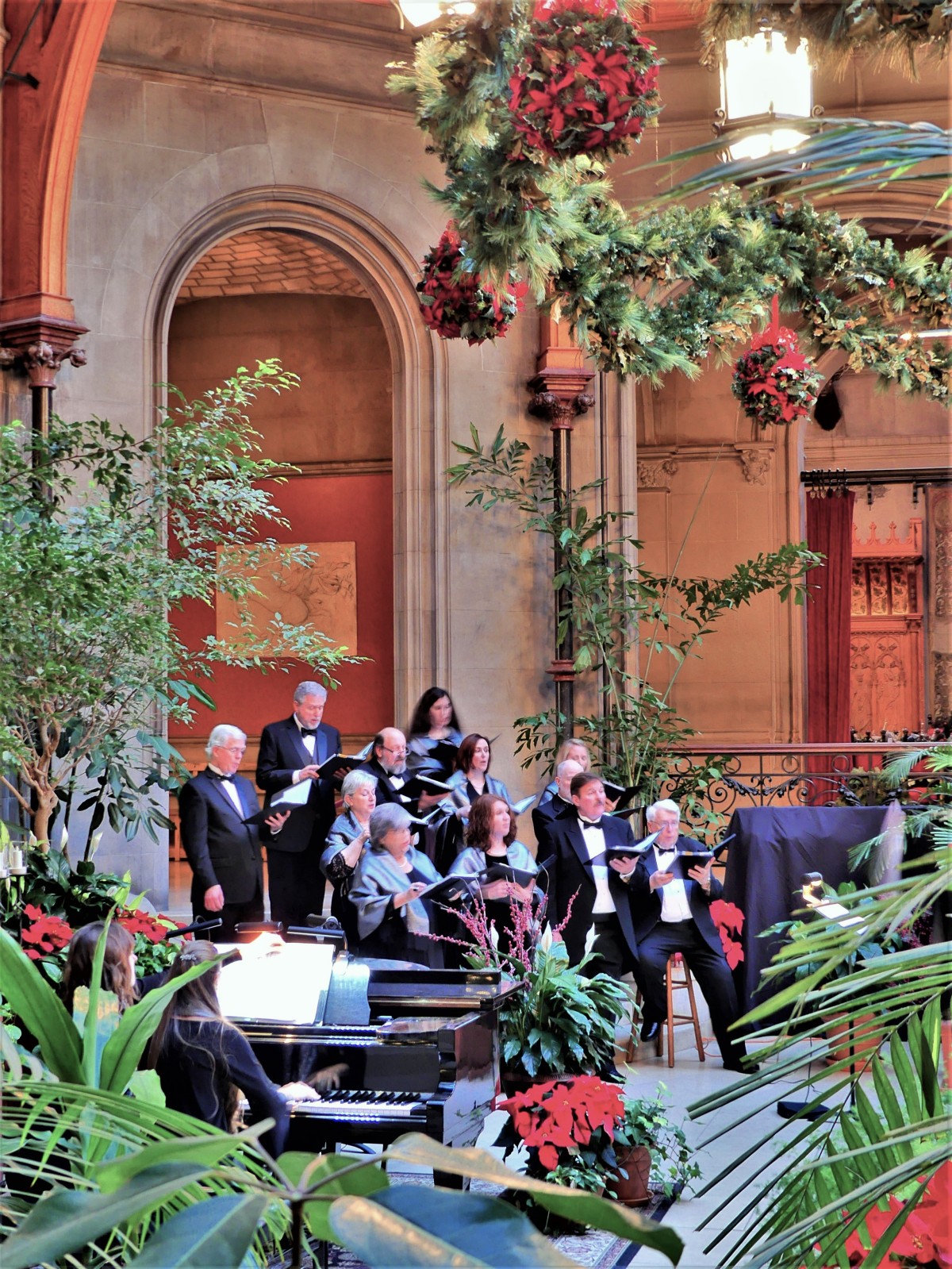 We followed signs to the Banquet Hall.

Moving on, we entered the Breakfast Room.

Exiting left, leads into the Salon,

and continues through the Music Room.

On the other side, stands the Loggia,

which is an extension of the adjoining Tapestry Gallery.

A walk down the runner terminates at the Library.

Above the vaulted ceiling is a valued fresco.

Returning to the Entrance Hall, a climb of the Grand Staircase, reveals the Second Floor Living Hall.

Turning left and down the hall is the approach to George Vanderbilt’s Bedroom.

…was a buffer between George’s and Edith’s Bedroom.

However, access to grandest guest rooms are located behind the Vanderbilt’s bedrooms on the Second Floor. A walk down the hallway, and a gaze out the window offers incredible details of the limestone-clad exterior of Biltmore, with its statuary and gargoyles hanging from the decorative edifice.

Spiraling down to the Second Floor via the Grand Staircase…

…is the entrance to the Damask Room,

followed by the Tyrolean Chimney Room,

and the Louis XV Room, where Edith gave birth to Cornelia, and spent several weeks of convalescing, as was the custom of the time.

After taking breakfast in their rooms, guests of the Vanderbilts could enjoy a variety of indoor activities located on the Basement level, accessible by descending the Grand Staircase, and passing through the Stone Hallway, with foundation footings extending 29 feet into hillside.

The hallway passage winds into the Halloween Room,

so-named after friends and family of Cornelia and her newlywed husband, John Cecil spent several weeks painting whimsical wall scenes for a New Year’s Eve party to welcome the year 1926.

A Recreation Lounge along the hallway…

…transitions to the one of the nation’s first bowling alleys built for a private residence.

the hallway continues down a long narrow row separating two sides of dressing rooms–one for men, the other for ladies–where guests could change to use the 70,000 gallon indoor Swimming Pool,

or the fully-equipped Gymnasium, where guests kept fit by rowing, swinging Indian clubs, tossing medicine balls, and practicing on the parallel bars.

Just beyond the Gymnasium is the Servants Wing, containing the servants’ quarters and work stations.

Servants’ Stairs climbing to the Main Floor of the Bachelors’ Wing… 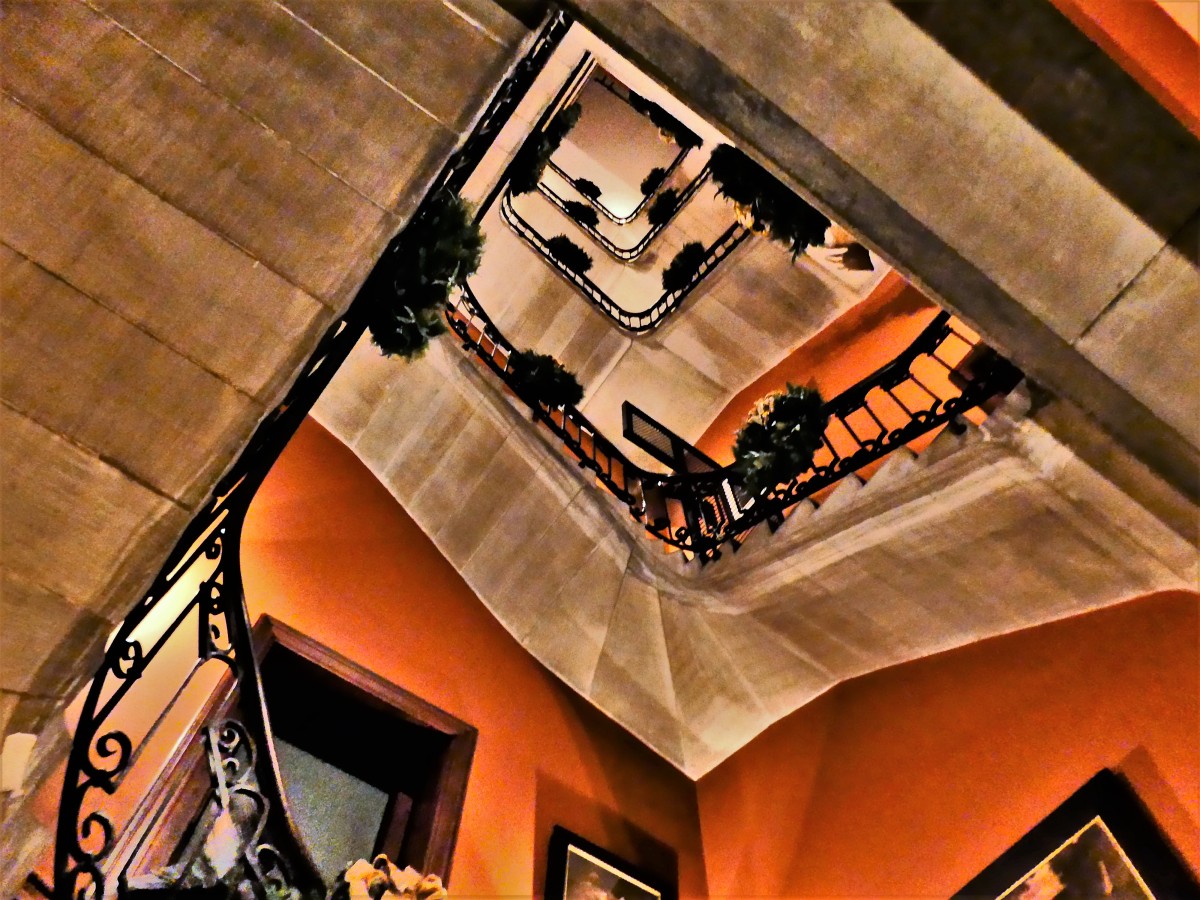 This house tour represents one of many we’ve taken since hitting the road. For example, we have walked through plantation houses outside New Orleans, Andrew Jackson’s Hermitage, the Kaufman House at Fallingwater, Elvis Presley’s Graceland, and Hearst’s Castle during another trip.

But nothing, and I mean NOTHING compares in scope or elaborateness, and attention to restorative detail as the Biltmore estate… especially when it’s decorated for Christmas.

2 thoughts on “A VanderBiltmore Christmas”