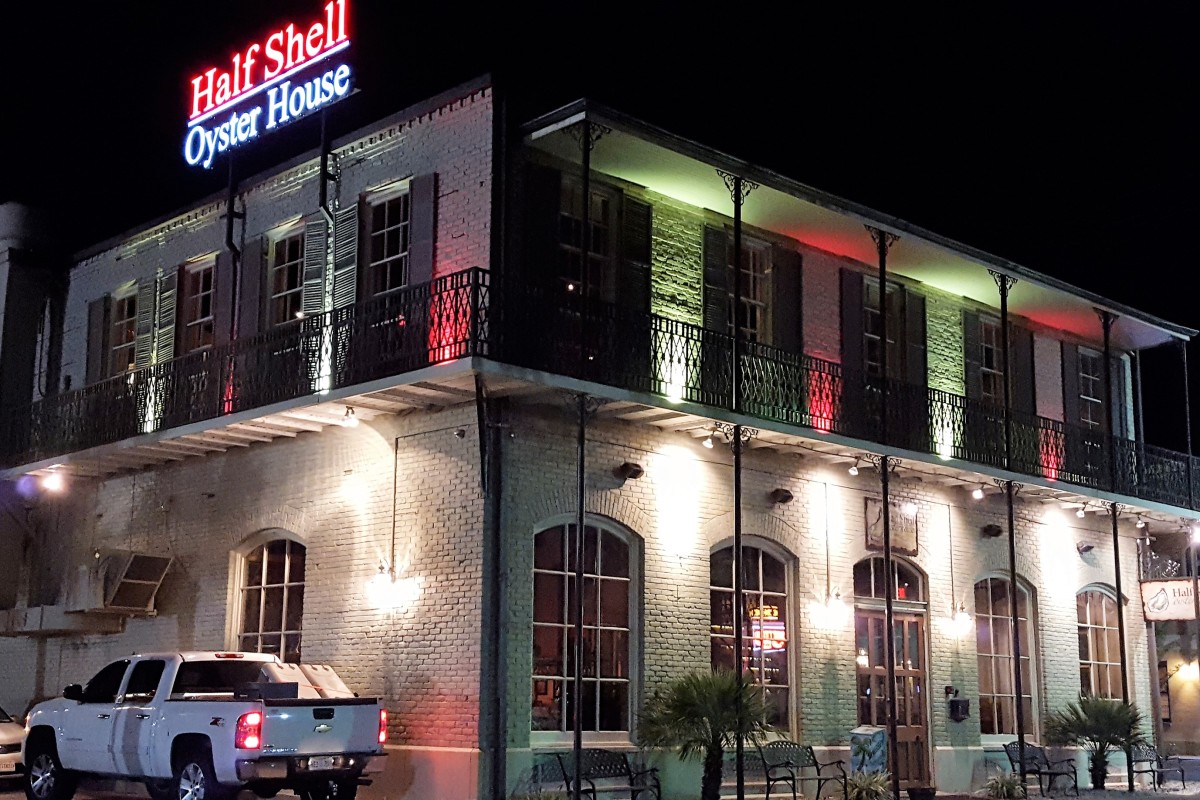 “It will be forty minutes before I can seat you,” announced the hostess.

“So what was the point of making a 7 pm reservation?” I protested.

An entitled-looking woman strode up to the seating station, interrupting my conversation.

“Any idea how much longer?” she fumed. Residual cigarette smoke left a trail after her words.

The hostess was poised and ready with an answer. “I promise to text you as soon as your party’s table opens up.”

Emphatically, “Nevermind. We’re going to the Hard Rock location across the street,” she huffed, and strode away.

The hostess, not missing a beat, returned to me. “So your wait time has now been cut to thirty minutes. If I could just have your phone number?”

“Is it always this busy?” I asked, already anticipating the answer.

“Everyday and all the time,” she shrugged.

Leah and I are waiting to be seated at the Half Shell Oyster House in Biloxi, MS, the second of seven locations spread throughout the Gulf coast, and everyone says it’s well worth the wait. The shucker at the raw bar claims that on average, he will prepare eight sacks of a dozen dozen oysters for weekday diners.

When I briefly taught English at the New York Harbor School, I learned about the Billion Oyster Project launched on Governors Island, whose 20-year mission is to reclaim the New York Harbor habitat by seeding new oyster beds around the island in hopes of restoring a vibrant aquaculture to the area–a dream only made possible after passage of the Clean Water Act of 1972, which prohibited dumping raw sewage and toxic waste into the Harbor.

Since many Project volunteers are high school interns from the Harbor School on Governors Island, faculty staged an end-of-semester celebration where hundreds of oysters were opened for hundreds of curious inner city students, many who have never seen, touched, or smelled, let alone tasted an oyster. Watching the kids’ faces was priceless. For those who dared to try one, it was a warm and naked oyster. If they only knew there was a better way to enjoy a bivalve.

On the other hand, the Oyster House does it with culinary correctness. The half dozen half shells that arrived to the table were so plump, they were pushing each other off the icy plate. Each one was swimming in its briny soup, and glistening with freshness.

Leah was horrified. “Eww, no! I don’t know how you can eat that,” she objected. “It looks like it’s still living.”

“And that’s why it tastes so good,” I slurped.

The entrees were equally as tasty. We both had royal red shrimp different ways; Leah enjoyed a 1/2 lb. of peel and eat shrimp…

while my shrimp were prepared Orleans style–in a hot Cajun butter sauce–with jalapeno hush puppies on the side. The beverage du jour was iced cold vodka and ginger beer. Wow!! 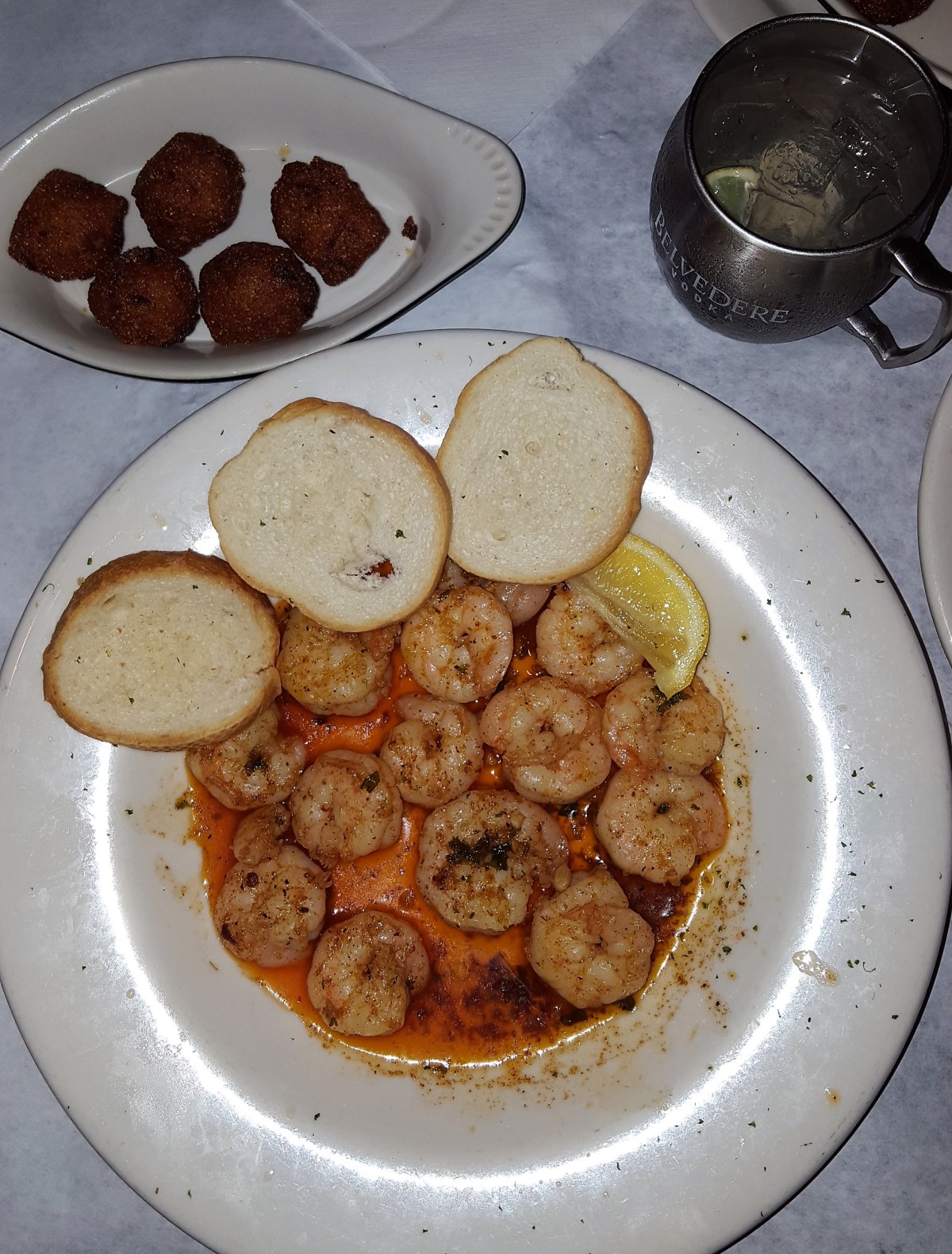 Afterwards, we walked across the road to the Hard Rock Casino, 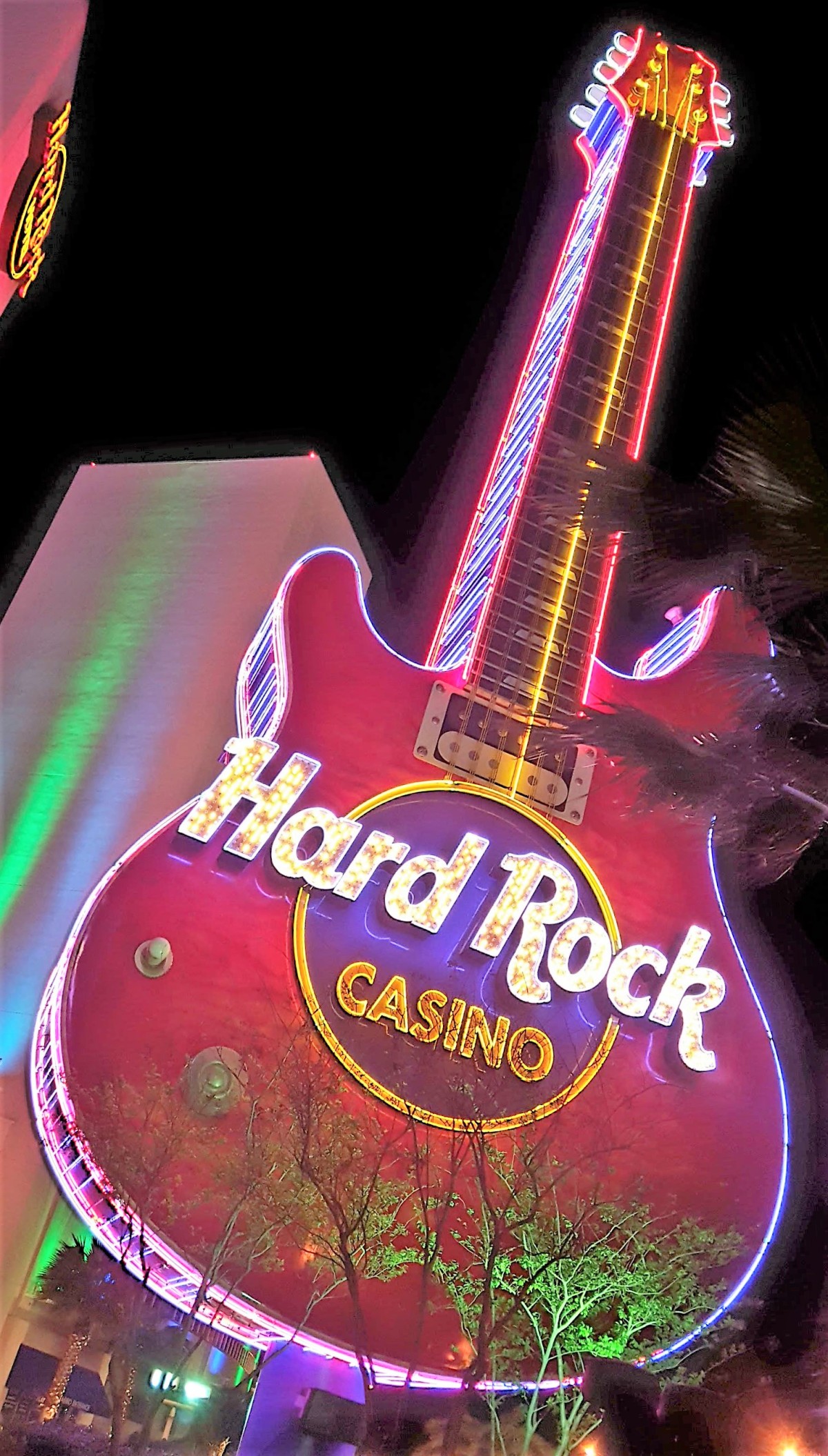 but that’s another story.

For the whole enchilada on half shell info, check out:

and for more on the Billion Oyster Project, see: