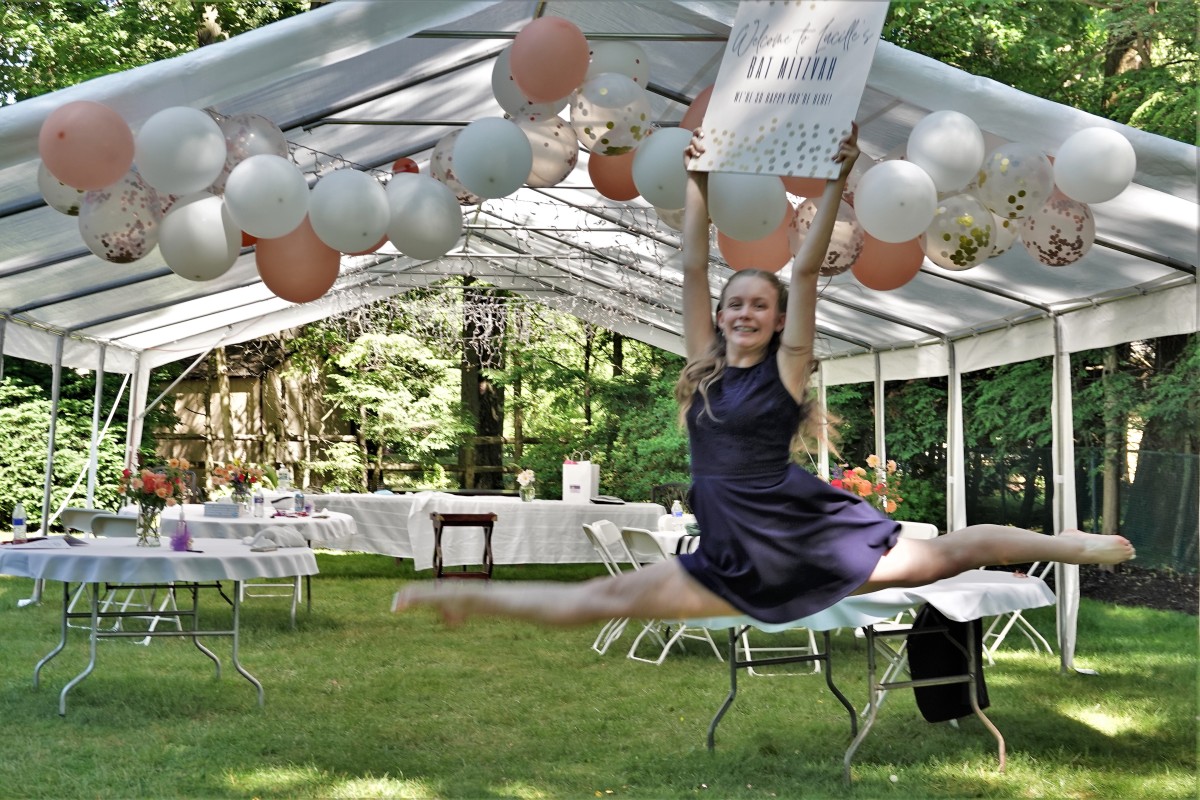 Long before COVID-19, Leah and I arranged a summer Airstream adventure that would start with a month at the Jersey shore–where we could spend quality time with friends and family. We were also looking forward to participating in granddaughter Lucy’s Bat Mitzvah ceremony which was three years in the making.

Thereafter, stops at the Cape and Portsmouth would precede a visit to Acadia National Park before crossing over to Canada to pub crawl along George Street in St. John’s, whale watch at Cape Breton, feast on PEI mussels, and stroll through Old Quebec before returning stateside.

It promised to be a rewarding road trip, worthy of miles of picturesque scenery and memories. However, the pandemic had other plans for us. For one, Canada had closed its border to us. And secondly, Northern New Jersey was adjusting to its epicenter outbreak.

It appeared that we were doomed to succumb to another of Florida’s steamy summers–unless we could tailor a brief, albeit cautious round trip to attend Lucy’s Bat Mitzvah. Of course, hauling our bedroom-kitchen-bathroom capsule would be a decided travel advantage, knowing we were insulated from motel maladies, risky restaurants, and nasty public restrooms on our way North.

So we sketched out a new plan, and off we went.

Ordinarily, to avoid RV resort and campground fees during overnight transitions, Leah and I would scout the area for Wal-Marts, since Wal-Mart has a long-standing tradition of allowing RVs and travel trailors to boondock in remote sections of their parking lot. But after driving 7 hours through stormy weather, we settled behind a quiet Cracker Barrel in Wilson, NC where drag racing and doughnuts were less likely to occur.

Another 8 hours of driving the following day brought us to Lucy’s house, where a deep driveway in the front provided a perfect spot for suburban camping, 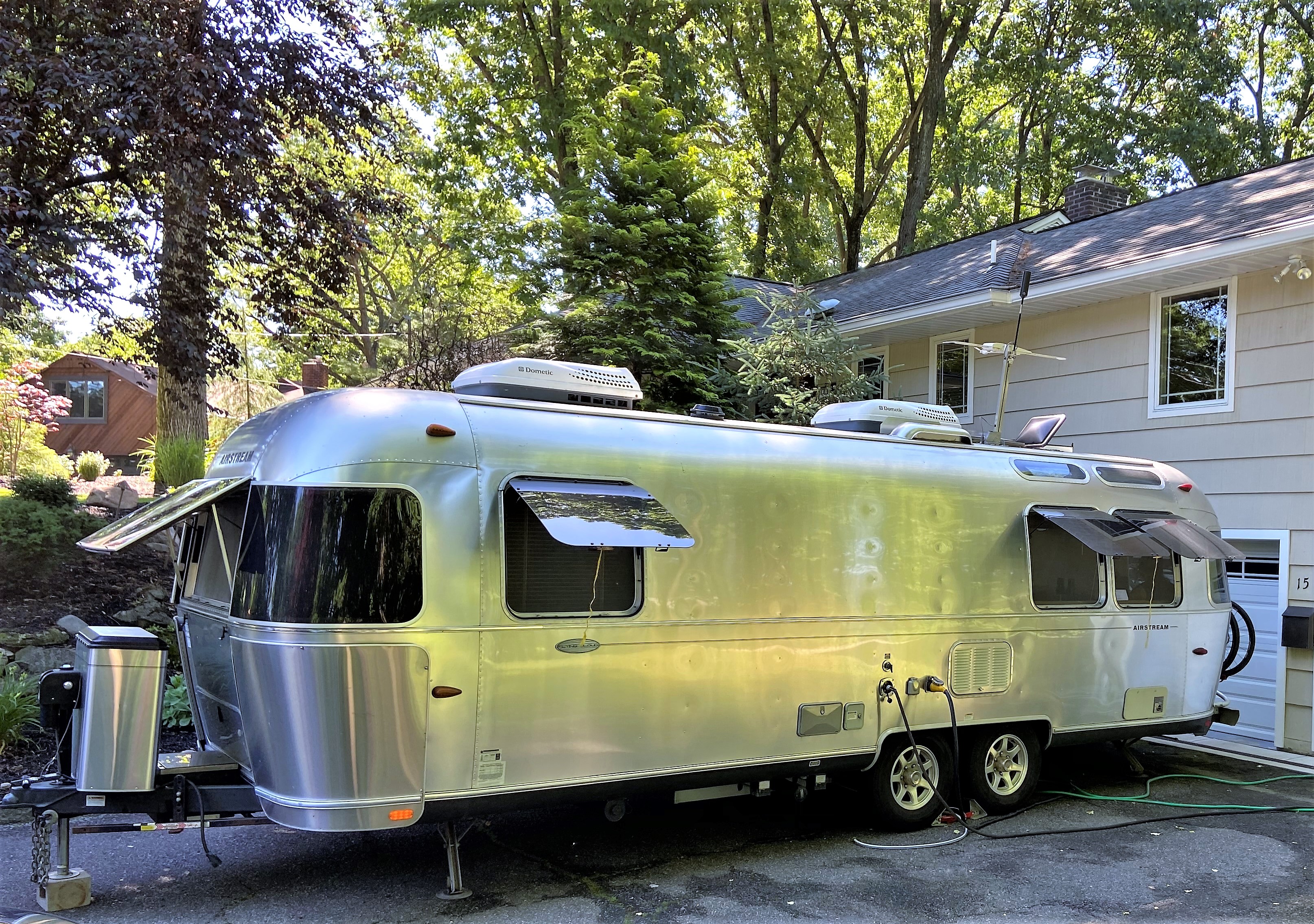 and the tent in the backyard provided the perfect cover for Lucy’s weekend ceremony. 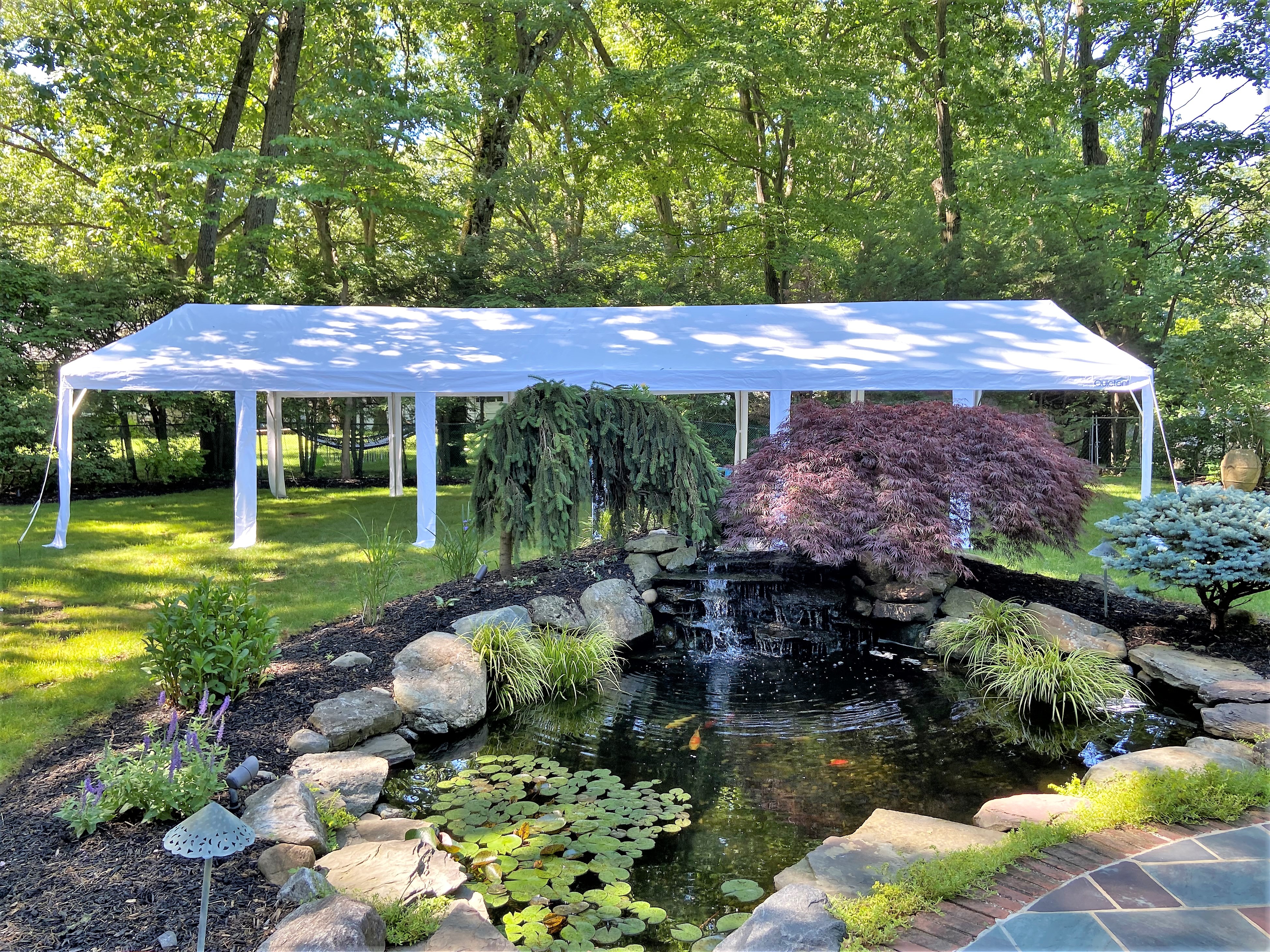 Attending this Bat Mitzvah seemed like a miracle, considering the circumstances, although Lucy could never have imagined that her special day would become a rain-or-shine, mask-wearing, socially-distanced ceremony staged in her backyard.

Lucy’s decision to become a Bat Mitzvah took many of us by surprise, because her dad, Matt was a lapsed Catholic who traditionally participated in holiday decorations and gift-giving, while Danielle, her mom was a non-practicing Jew who balanced Christmas with 8 nights of Hanukkah celebrations, which was always rewarding for Lucy.

Nevertheless, Lucy came by her decision independently, and was fully supported by both parents. Despite being Jewish by default (Judaism follows matrilineal descent), Lucy followed her curiosity, and with her tutor, Galia’s help, she slowly began to identify with Jewish history and culture, while looking for purpose in its doctrine.

After a year of discovering the Old Testament and learning the meaning of many age-old traditions, Lucy decided she wanted to become a Bat Mitzvah–to celebrate her coming of age and her beginning of life as a fully participating Jewish adult.

To that end, Danielle secured Cantor Barbra on Galia’s recommendation, 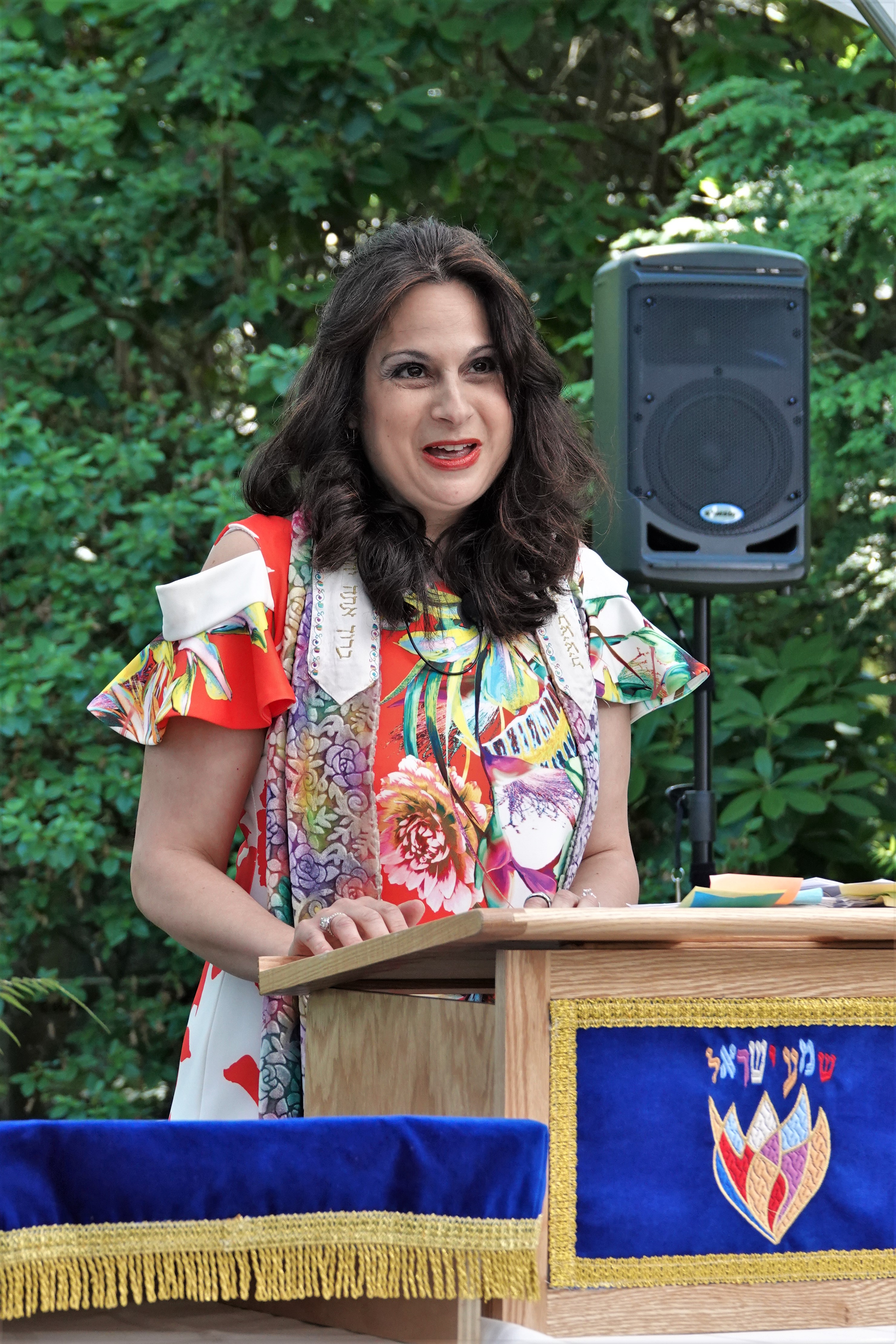 who home-schooled Lucy in Hebrew reading, challenged her to read from the Torah, and counseled her in conceiving a meaningful mitzvah project. It was a two-year task that Lucy embraced, along with her school work and dancing and gymnastics and music lessons and play dates with friends.

After brain-storming and soul-searching, and empathizing with the plight of immigrant children separated from their parents at the Mexican border, Lucy elected to stage a fundraising benefit for ASTEP Forward (Artists Striving to End Poverty).

She coordinated an evening of music and dance at Fairlawn Community Center, and recruited notable talent (including James Brennan, acclaimed Broadway actor, choreographer, director and grandfather) to fill the bill, ultimately raising $3500 in ticket sales and merchandise for the organization that delivers performing arts workshopss to underserved communities across metropolitan New York.

She also managed to perform a song and dance duet that featured Bumps (Grandpa Jimmy).

Lucy’s parents, Matt and Danielle had spaced 6 ft diameter tables under the canopy for appropriate distancing between guests,

while an internet audience joined us via Zoom.

A small selection of family members managed to assemble from Vermont, Pennsylvania, New Jersey and Florida. 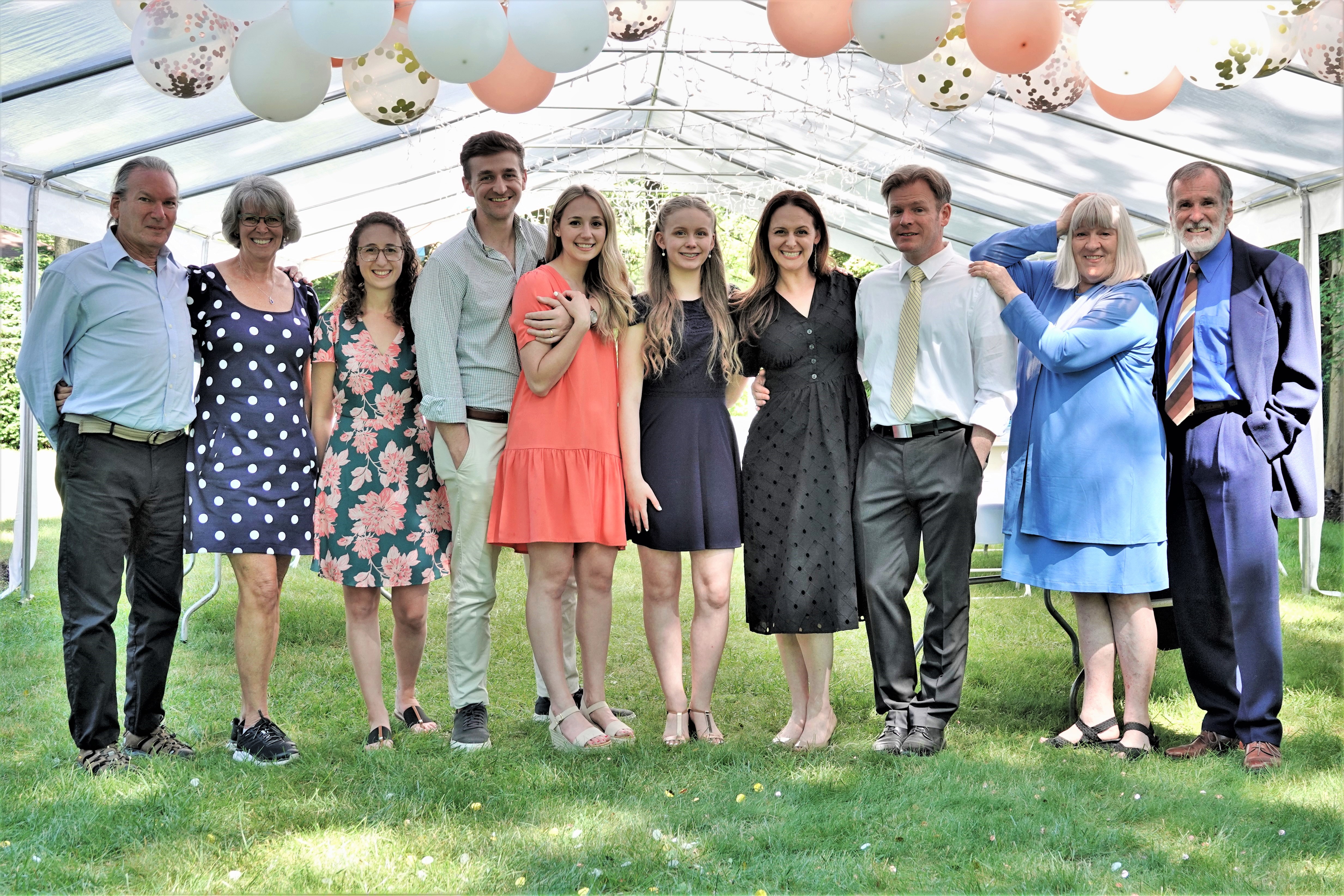 For the following hour, prayers were chanted; 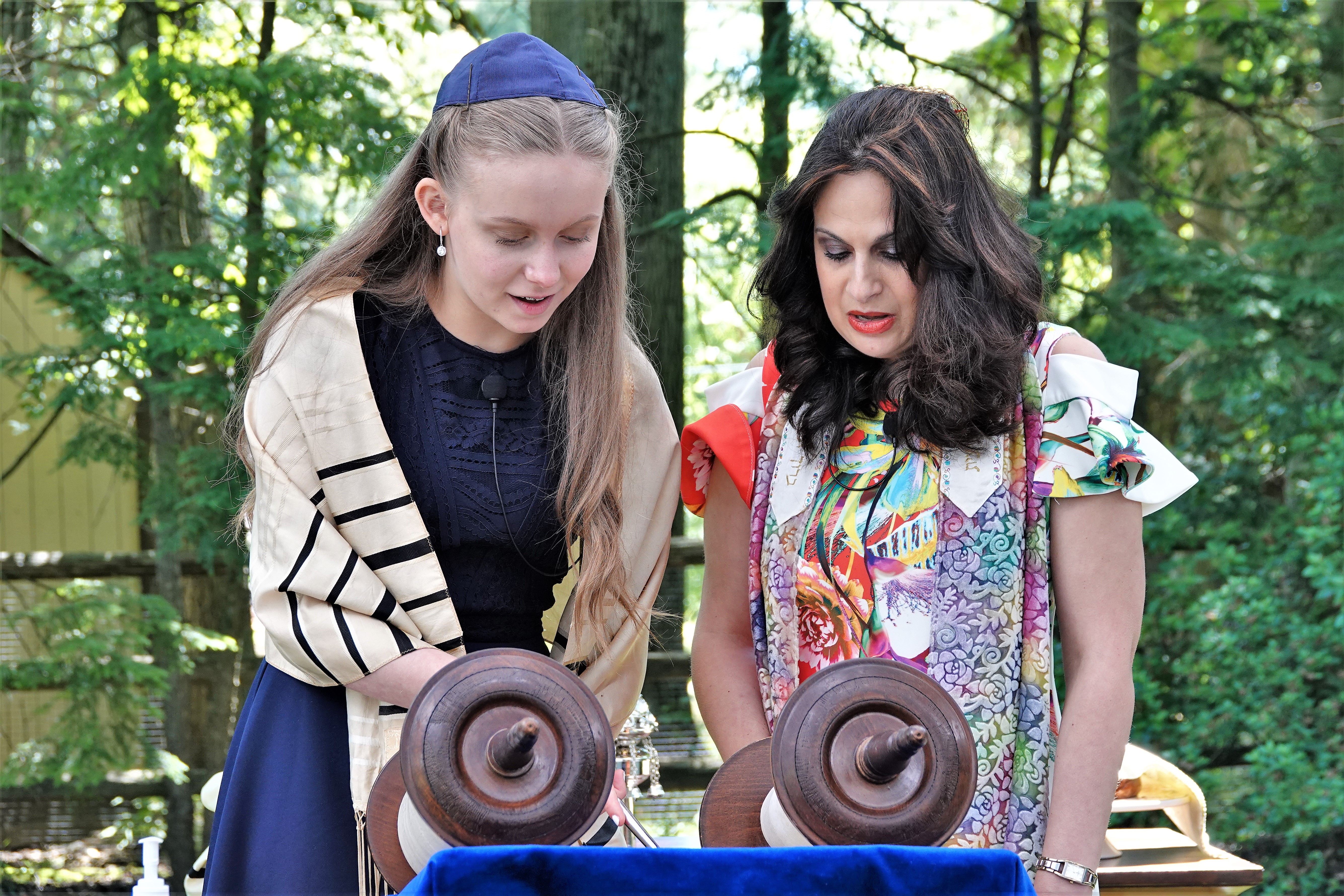 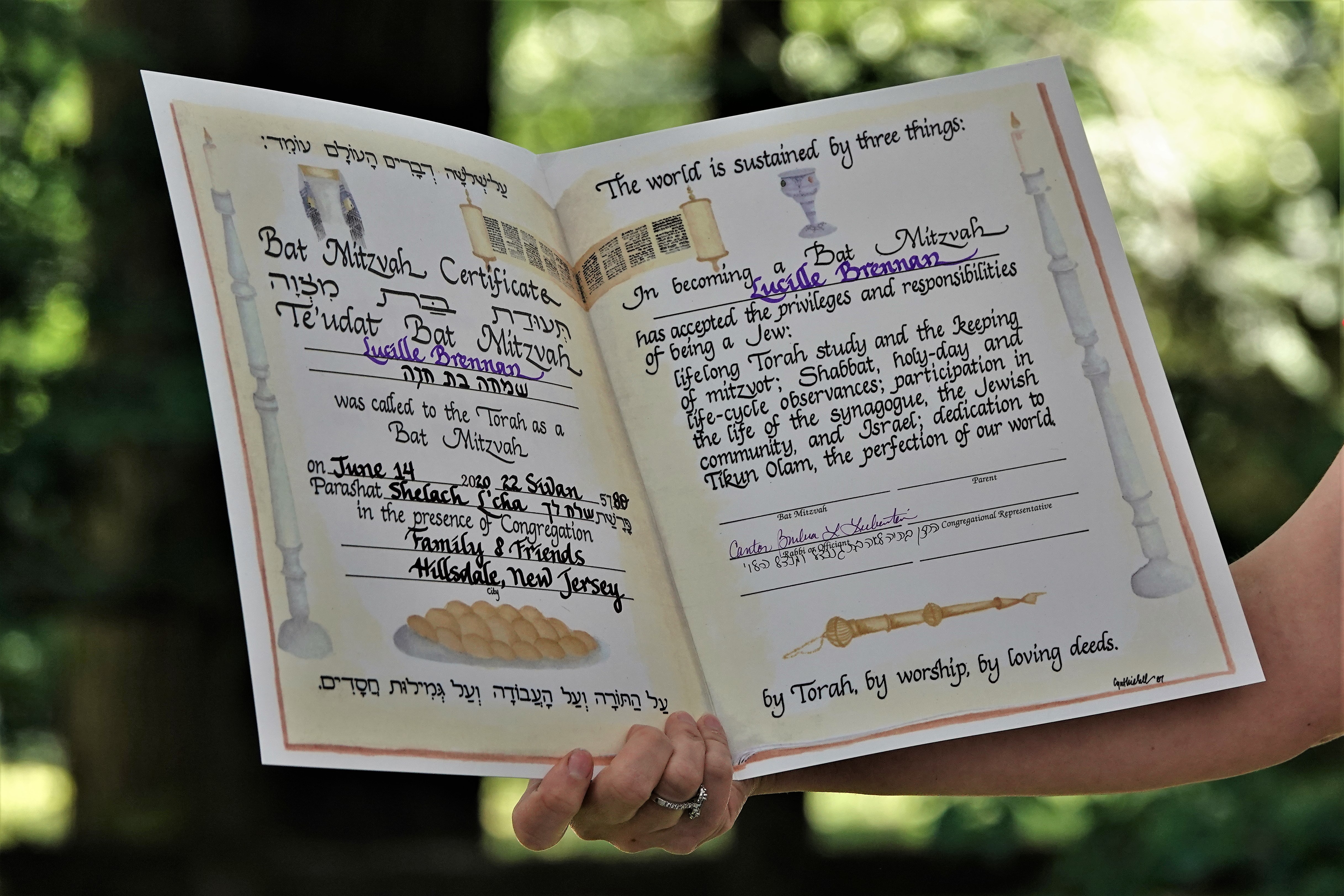 After an afternoon of spiritual enlightenment, it was party time!

Congratulations, Lucy on all of your hard work, and your accomplishment on becoming a responsible young woman.

8 thoughts on “A Change of Scenery”