Memphis is the best thing to happen to ribs since Adam’s grand gesture to Eve. As one of the four great BBQ pilgrimages (including Carolina, Texas, and Kansas City) Memphis stands out among all the others given its sheer volume of first class BBQ eateries scattered throughout the city. Whether it’s a joint, shack, restaurant or food truck, the holy trinity of meats–pork, beef and chicken–are all represented here in Memphis and consumed in biblical proportion.

With so much to choose from, we went to the internet to narrow our options. Realizing our propensity for gnawing on bones, and weighing the opinions of the millions who came before us, we settled on a full slab with 4 sides from Central BBQ, a relative new-comer who has already expanded to 3 locations in its 15-year history, and a perennial favorite at the Memphis in May World Championship Barbecue Cooking Contest.

We arrived at 7 pm to overflow parking and a lengthy line out the door. A covered outdoor dining room with family-style seating bustled with a blend of first-timers, students, families, and business types. Eventually, we approached a counter to place our order. We exchanged money for card #23 and sat ourselves, waiting for our food to be delivered 10 minutes later. 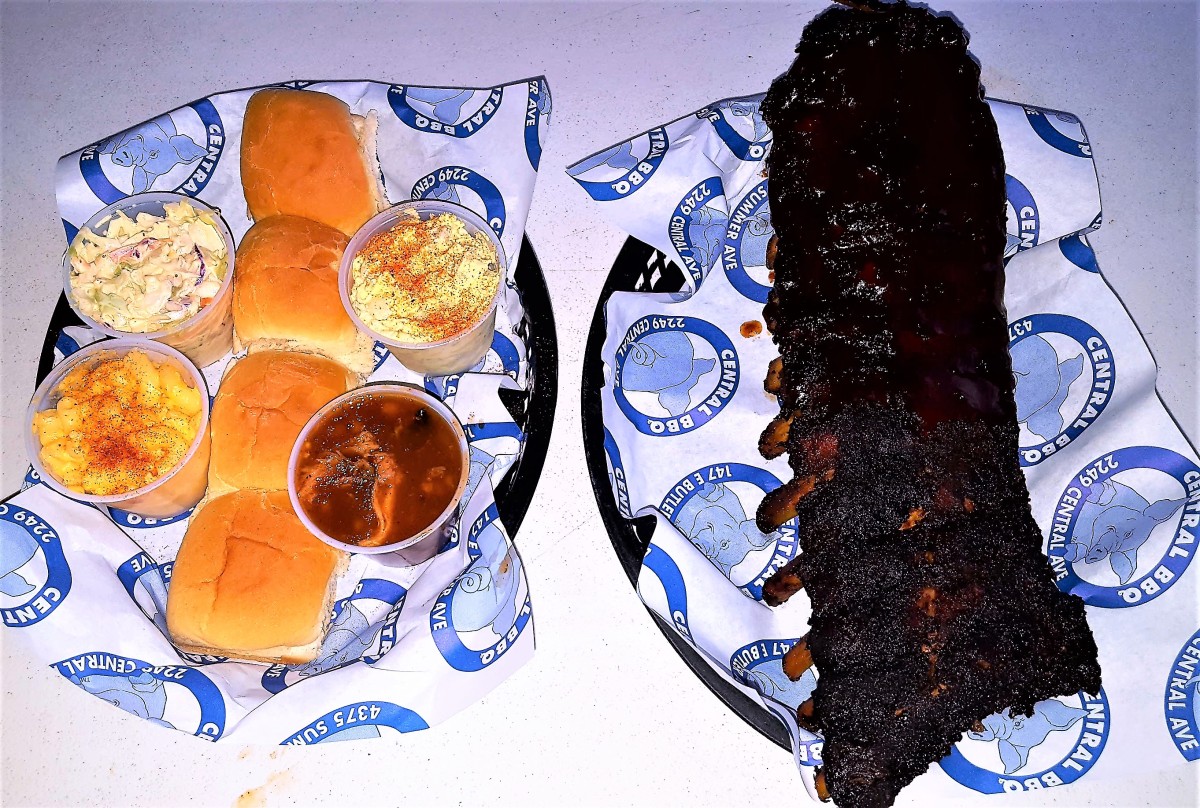 Our rack-for-two was prepared as 1/2 “wet” and 1/2 “dry”. The wet half was basted periodically with a rich tomato, molasses, and vinegar sauce laced with heat, while the dry half was rubbed in brown sugar and spices, rendering a caramelized crust during it’s 12 hour slow cook.

Leah and I debated which half we liked better, and unanimously elected the dry rub as our favorite, which also gave us the value-added option of dipping our ribs in: Mild, Hot, Mustard, Vinegar, Hot Vinegar or Sweet Heat barbecue sauce.

By 8:30 pm, the dining-in crowd had thinned, but the take-out window was still cranking out orders. It seems the local population knows exactly where to go for its smoked meat fix.